These pictures are part of a series called “Blast” taken by Japanese photographer Naoya Hatakeyama, who used remote-control cameras to capture the drama and...
Read more
Photos

15 Most Beautiful Pictures of Netherlands | Heaven for Photographers

The Netherlands is the main " constituent country" of the Kingdom of the Netherlands. It is a small, densely populated country located in Western...
Read more

In a forest in southern Småland, in southern Sweden, there is a small earthen cabin you can rent on Airbnb. The cabin is partially buried in the ground with its sod roof almost flush with the ground level, which renders the cabin nearly invisible. This type of house is known as “backstuga” in Sweden, which is literally "hill cottage". They are not very common today, but back in the 17th and 18th centuries, some of the country’s poorest people lived in them.

Many backstugas had just a single room and were often built into a hillside. It had three walls made of wood, while the hill served as the back and the fourth wall of the house. This style of building was common in southern and southwestern Sweden, where wood was expensive. 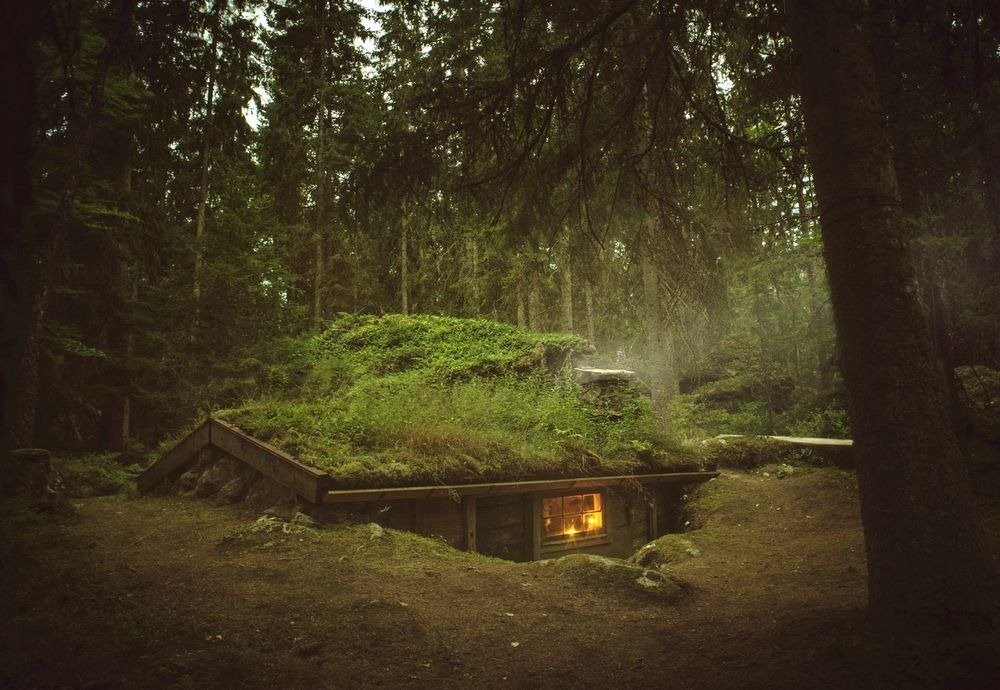 
The people living in these dwellings were called backstugusittare. They were almost always very poor who lived on another person’s property and made a living doing temporary jobs, handicrafts or on charity. Sometimes the landowner let them use a small parcel of land to grow potatoes or a garden. Such cottages were typically built on land useless for farming, or on common land of the village, or that of the parish. The backstugusittare never paid any taxes, and so were often disliked by the government.

The cozy little cabin pictured above, in Småland, was built in the early 1800s. The family who owns the land and the cabin today have restored the cabin, made it waterproof and now rents it out to visitors. 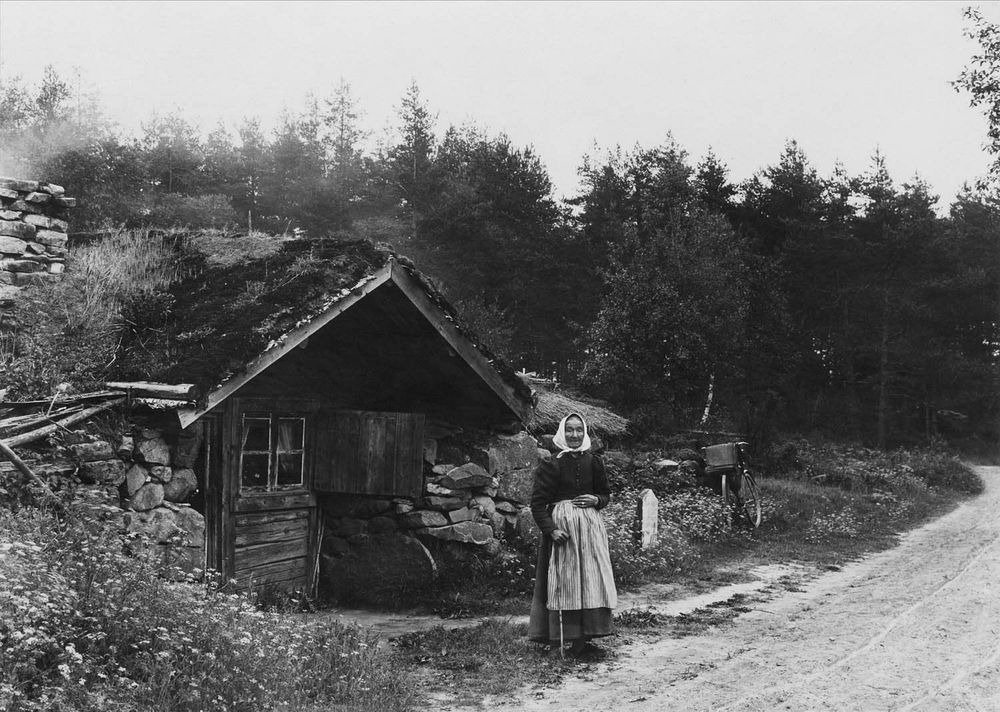 A backstuga in Småland in around 1925. Photo credit: A. Steijer 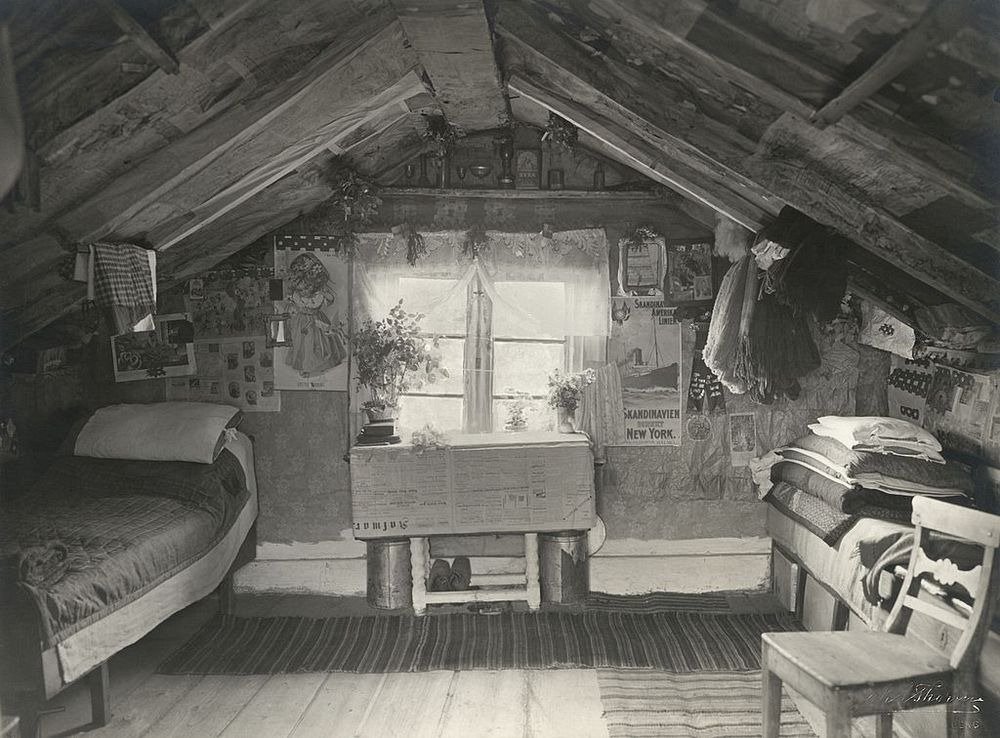 The interior of a backstuga in Småland in 1904. Photo credit: Johan Emanuel Thorin 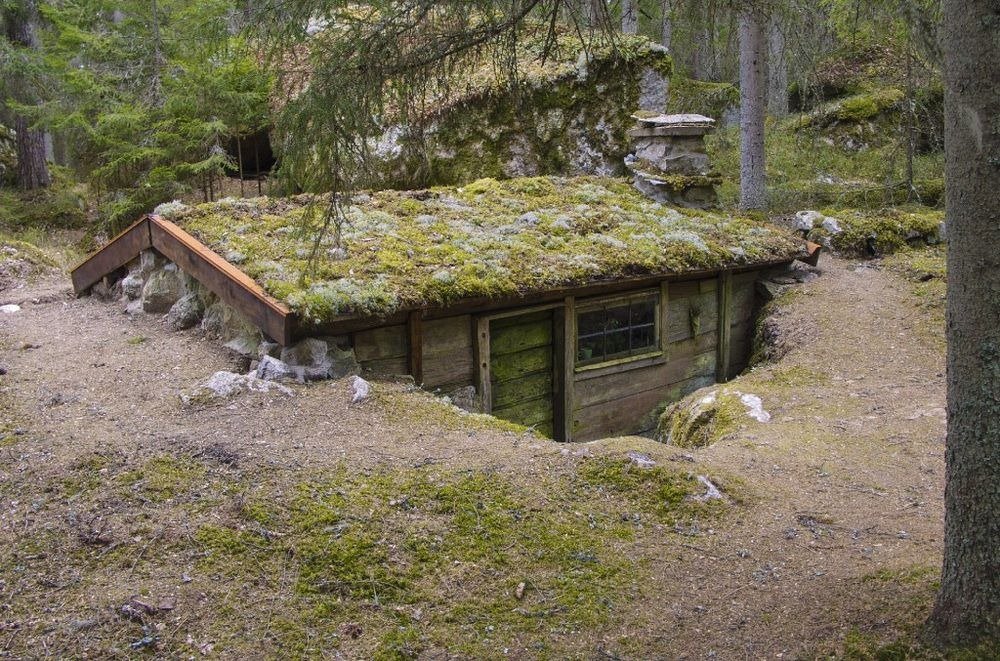 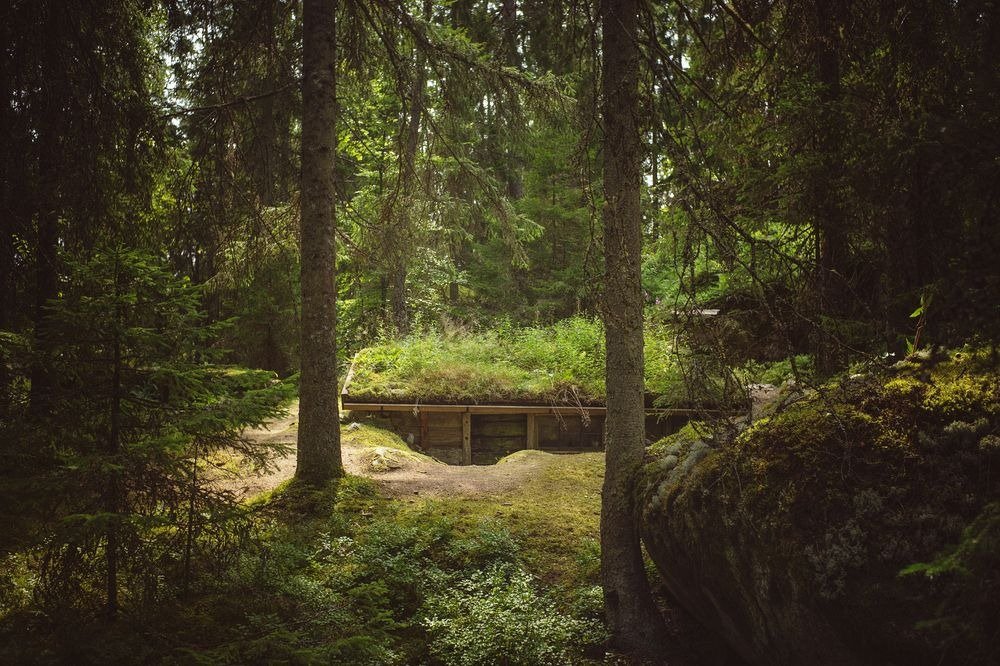 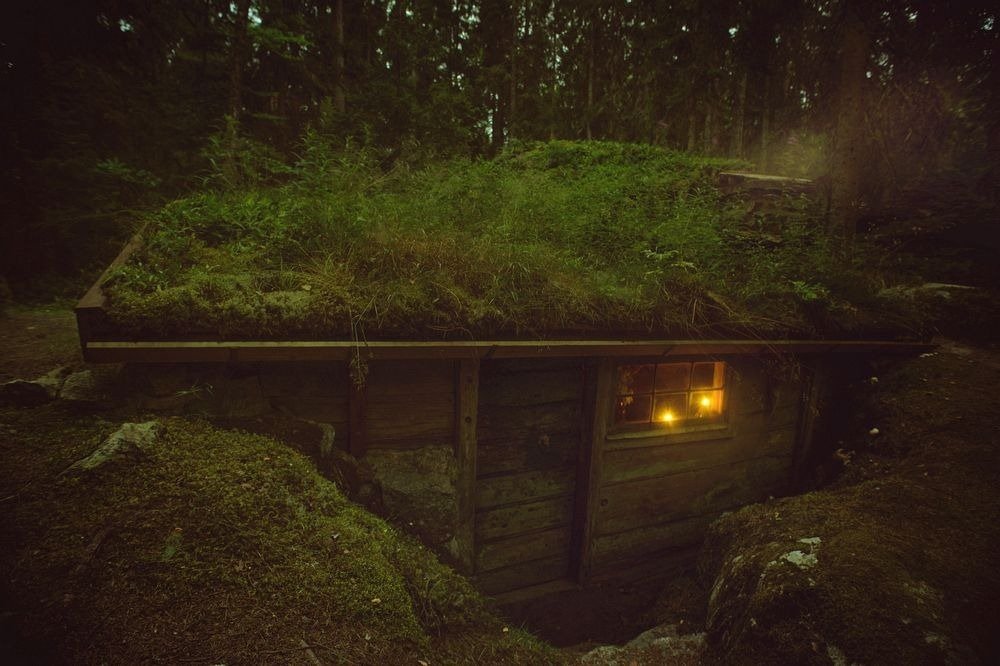 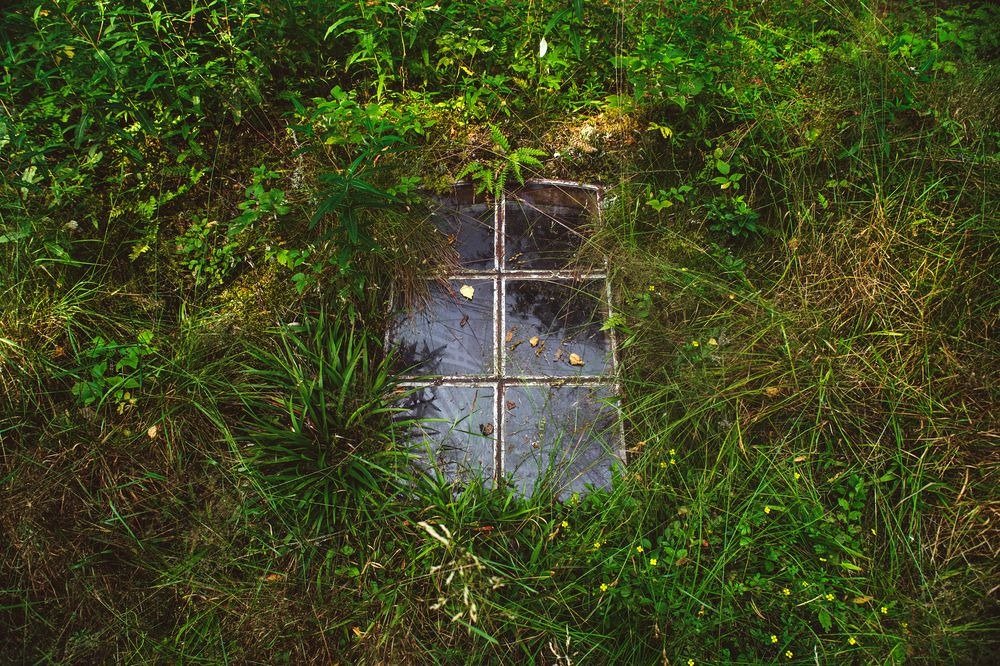 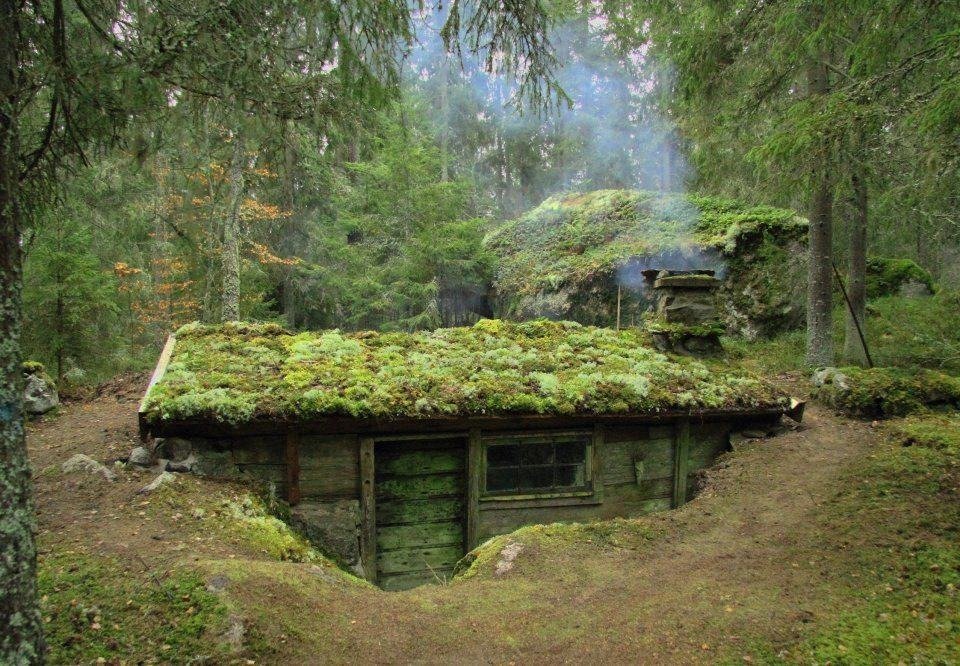 A backstuga (literally "hill cottage") is a Swedish language judicial term, previously used in Finland and Sweden, for a kind of rural cottages.

Additionally, in architecture, a backstuga is a cottage built into the southern slope of a hill, alternatively with a low floor and its walls stretched halfway down into the ground. Such cottages are also referred to as jordstuga (earth cottage) or stenstuga (stone cottage). They were small, typically about 20 square metres (220 sq ft), and only exceptionally found further north than Gothenburg. In the 20th century, the general poverty was mitigated and this kind of homes became less and less used.

In administrative respect, the legal meaning is a rural home with no land to farm that was built on someone else's property and without an own entry in the land registry. Its dwellers were called backstugusittare (hill cottage sitters) with a connotation of pauper. This phenomenon is known from the early 1600s and was disliked by the government seeing it as a way to evade taxes. The house may have been owned by the head of the family living there, but taxes were the responsibility of the land owner. Such cottages were typically raised on land useless for farming. Also the common land of the village, or that of the parish, were usual spots.

A backstuga in this judicial meaning may have been inhabited by craftsmen, and not necessarily small, or by those of the peasantry not active in the productive life of the community, such as old people who could no longer work, retired servants and the community destitute who had no relatives to care for them. In practice, although legally forbidden until 1846, a parish may have offered to pay for a backstuga-dwelling to a pauper instead of offering a place in a poor house, that all parishes didn't care to organize. The legal alternative, called rotegång, was to let the poor wander from farm to farm, following a strict scheme staying one or a few days at each. But its popularity waned.

Technically, also a farmer whose farm was taken over by a son or a son-in-law, was registered as housed either by the son or in a backstuga. But here the word is used in the population registry and in a statistical context. In church records, the term is undantagsman (or undantagsänka for a widow), which contrary to backstugusittare do not confer any social stigma.

What Birth Flower Matches Your Personality?

Everyone knows that they have a specific birthstone, bit did you know there's a birth flower too? Which one best matches your personality? Please wait for...
Read more

Are You Smarter Than A Homeschooler?

Think you know stuff? Homeschoolers learn more in shorter amounts of time. See if you can keep up! Click Me For More Such Quizzes
Read more

Presenting the official trailer of "Main Aur Mr. Riight". Enjoy and stay connected for more. https://www.youtube.com/watch?v=eIIer6weC3s As the title speaks for itself, the film is about...
Read more

Do you know the process to apply for a passport online? Know Now! Is this your first time applying for a passport? Don’t worry —...
Read more

Know you love to travel but unsure where to go? Take this quiz to find out what wonderful worldly vacation destination awaits your enjoyment!   Please...
Read more

Madness has no limits – Humans are awesome

Humans Are Awesome, they are brilliant in comparison to all other living beings. Our abilities are somewhat out...
Read more
Load more