When this bearded badass in Norway saw a duck trapped under the ice on the surface of a lake, he didn’t hesitate to leap into the frigid lake, shattering the ice, rescuing the duck and making a new feathered friend in the process!

As crazy as jumping into an icy lake may seem to most of us, that’s exactly what 36-year-old ice bather (and duck rescuer) Lars Jørun Langøien was already there to do anyway. When he spotted the duck, he was already in swimwear, so he simply dove in to rescue it and give it mouth-to-mouth resuscitation. 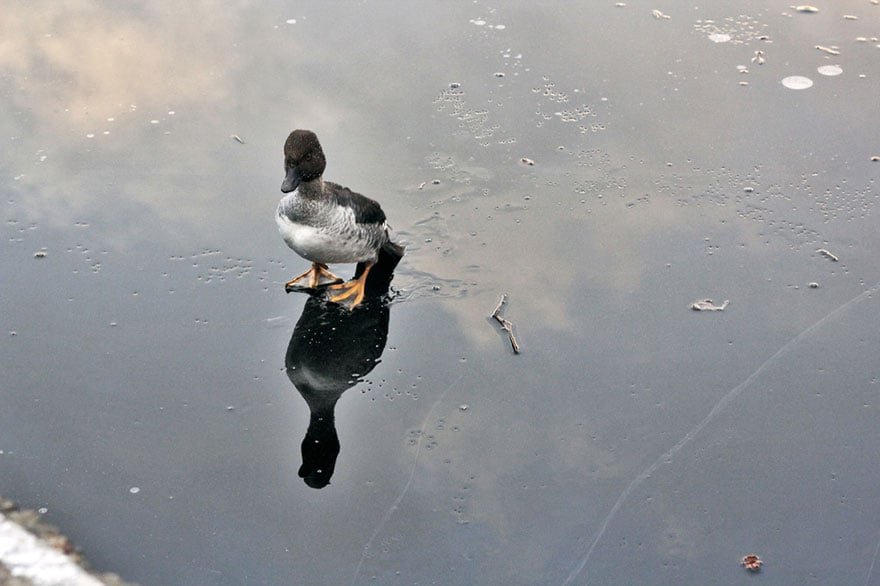 Now, some people are calling Langøien Karl, King of Ducks, and the name certainly fits!

In recent months Langøien and some lusty colleagues from Sports Academy met by Sognsvann once a week to bathe. When 36-year-old and two colleagues came to bathing place Wednesday morning, they discovered that a duck kept them company. 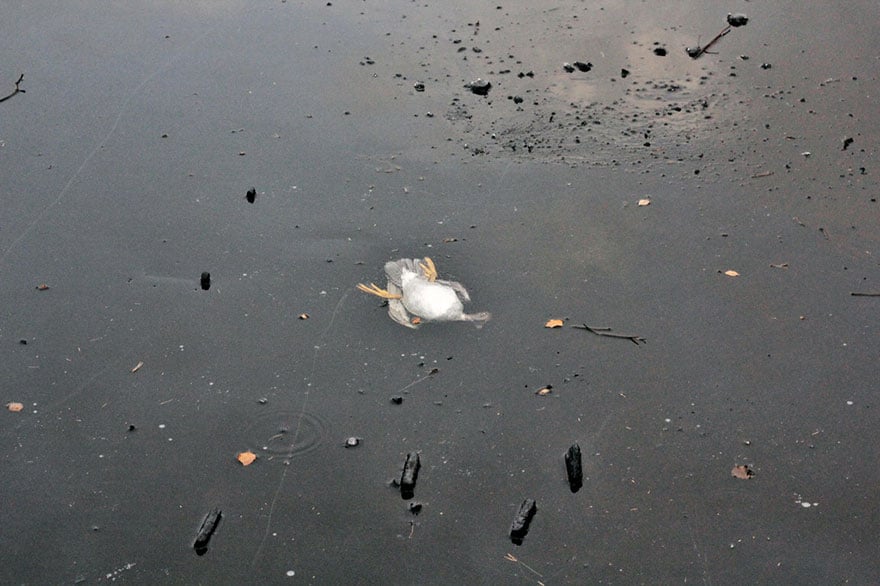 – There was a thin layer of ice over the water. Anda strolled around on the ice, so I thought I'd take some pictures of it, tells Yngvil Søholt (33), who photographed the incident.

After a few minutes disappeared duck under the pier, before it reappeared on the other side, where the ice was too thick that it managed to break through.

The three colleagues initially thought the bird would swim away to a hole in the vicinity, but after a short time, they say that the unfortunate duck turned around in the water and apparently "gave up". 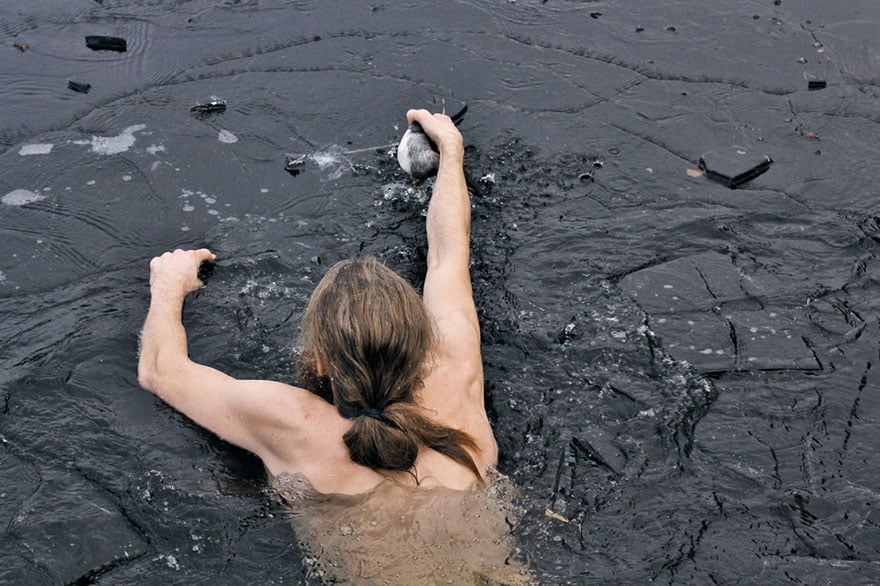 Before Søholt could think about was Langøien, who was already wearing swimwear, out in the water.

– I stood slightly paralyzed and did not quite what happened. I did not have to think so much before Lars mare UTI and crushed ice until the duck. He dragged it ashore, given it a towel and some mouth-to-mouth, actually. 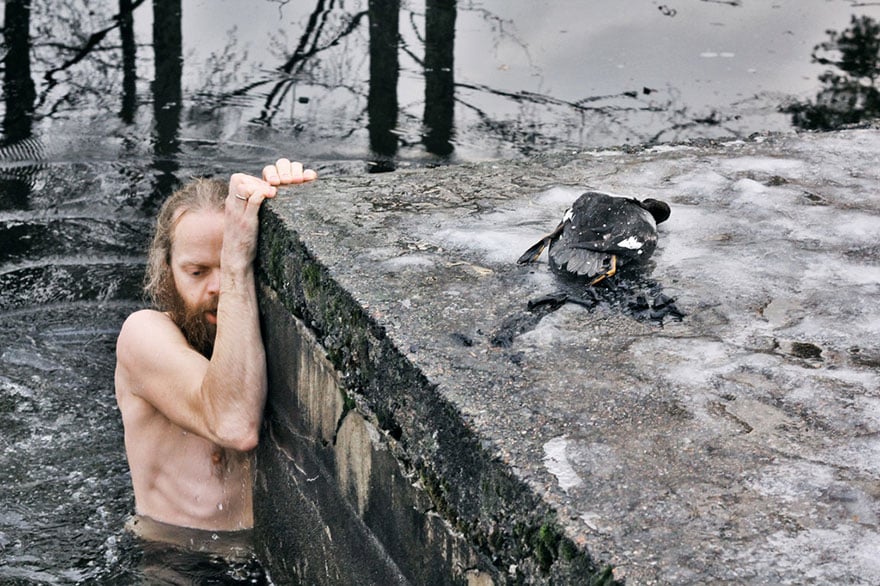 But I got the bathroom
In shortly revived bird, as the amazing pictures show, but Langøien does not see himself as a hero.

– But it felt like the right thing to do, adding Langøien to. 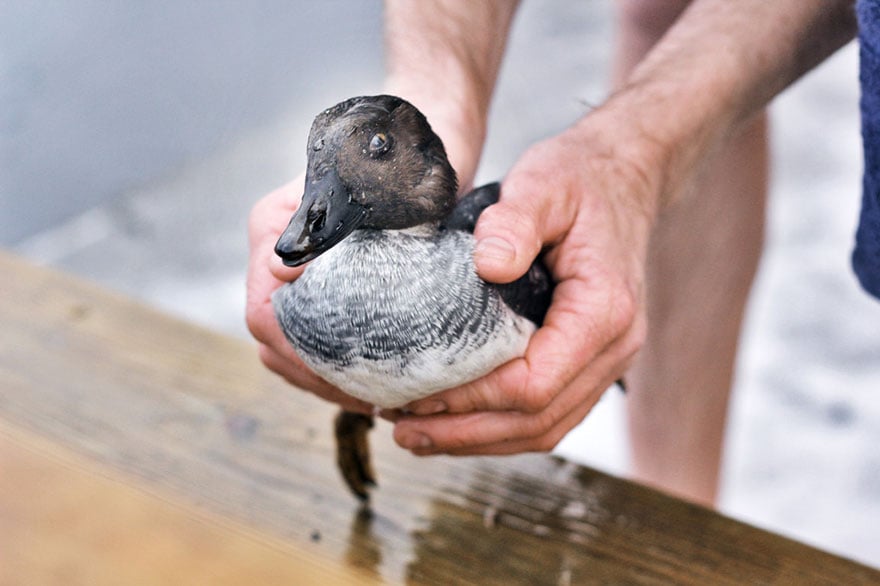 Søholt emphasizes that duck would undoubtedly have died if they had not intervened. Meanwhile she is concerned to commend Long Høien efforts.

– It's definitely he is the hero here. We others stood really just looked at. 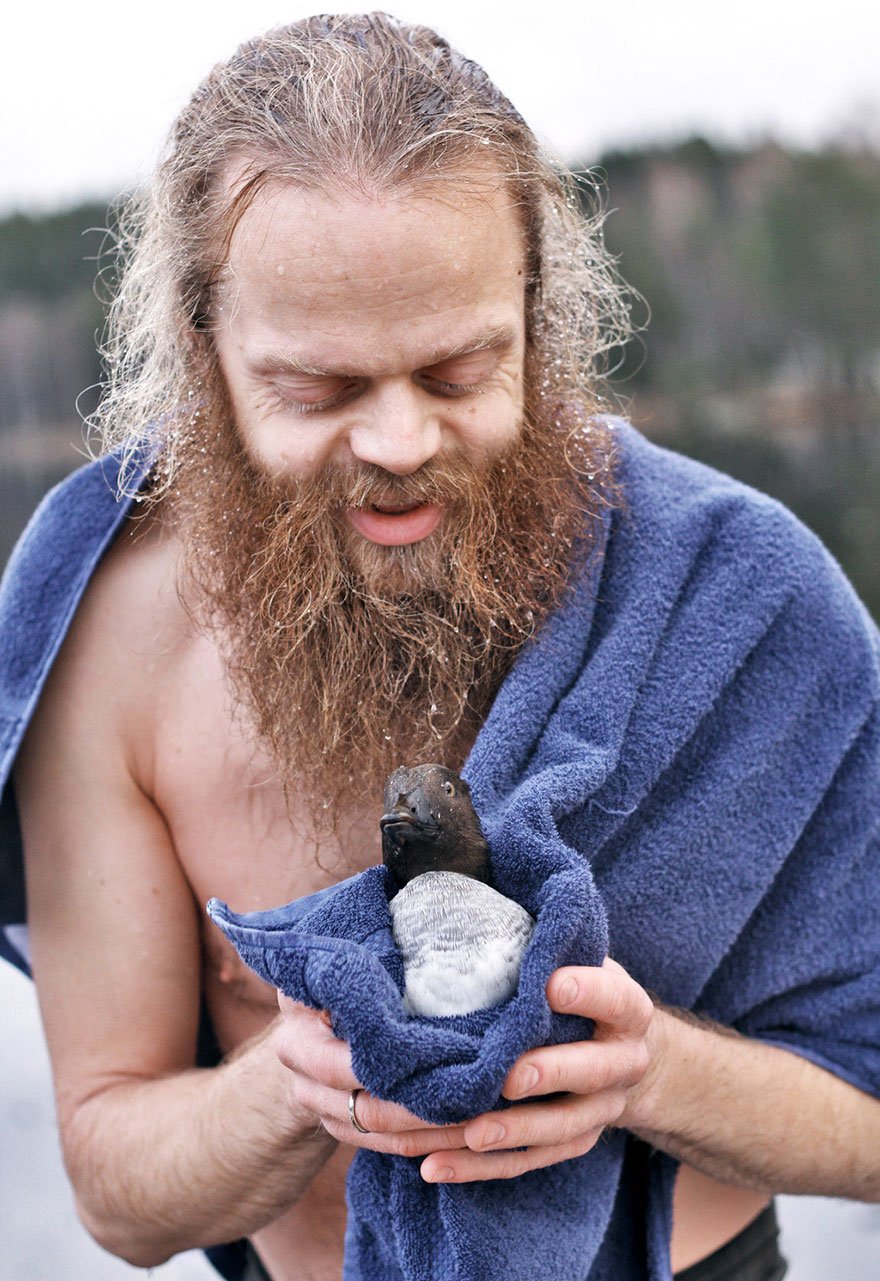 Now Just Do Me A Favour, Share This With Your Friends !!