IF YOU are afraid of snakes, this is the stuff your nightmares are made of.

Its really rare, but not completely uncommon that a snake is born with two heads. According to Wikipedia It’s called Polycephaly, a condition of having more than one head.

Here are some of the Rare images, videos & facts of two headed snake.

1. The most commonly observed two-headed animals are turtles and snakes. 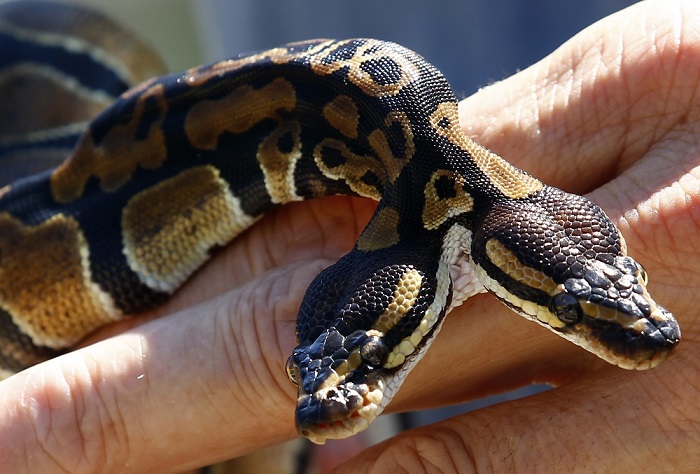 2. Snake heads may attack and even attempt to swallow each other. 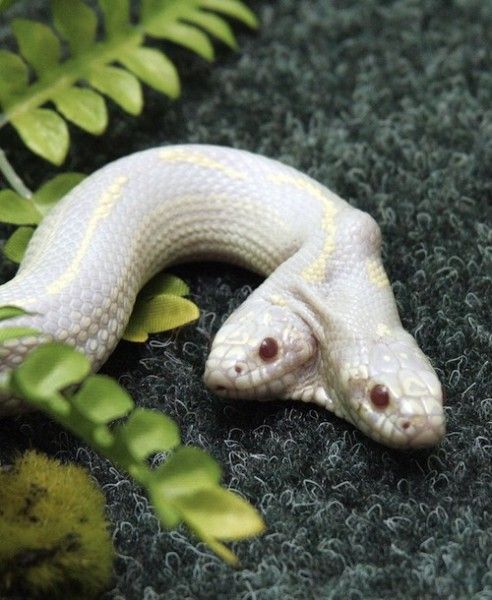 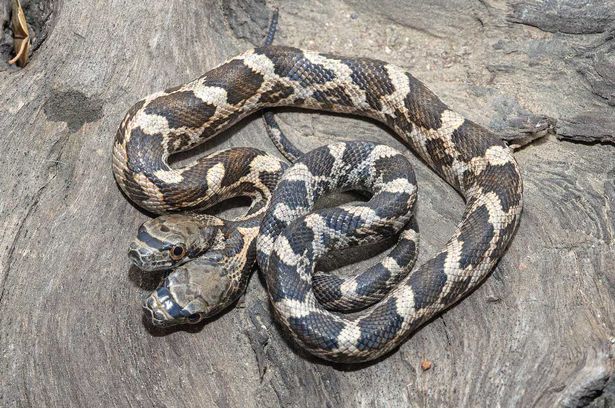 4. Most two-headed snakes only live for a few months, though some have been reported to live a full life and even reproduced with the offspring born normal. 5. A two-headed black rat snake with separate throats and stomachs survived for 20 years. 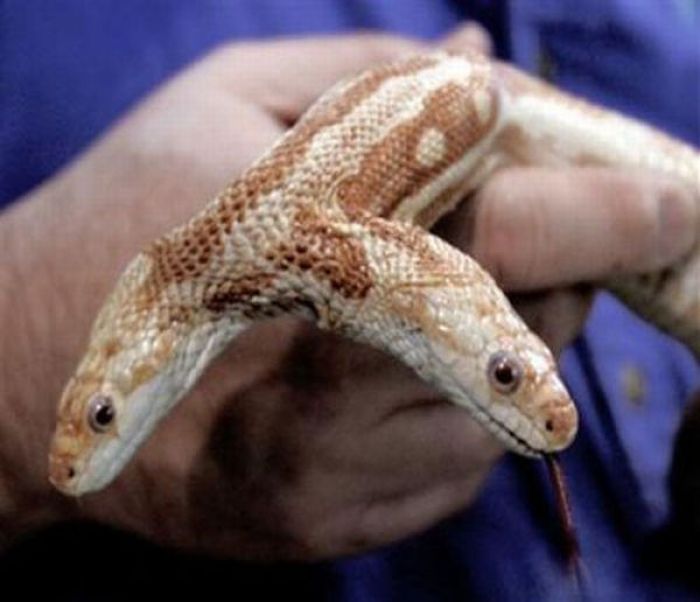 6. A two-headed albino rat snake named “We” survived in captivity for 8 years. 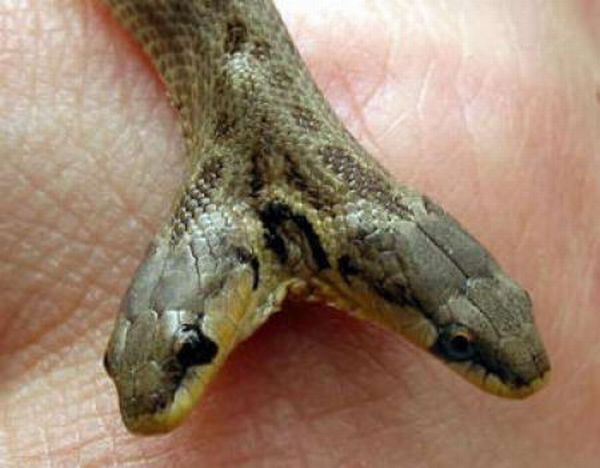 7. There are several preserved two-headed snakes on display in the Museum at the Georgia State Capitol Building in Atlanta. 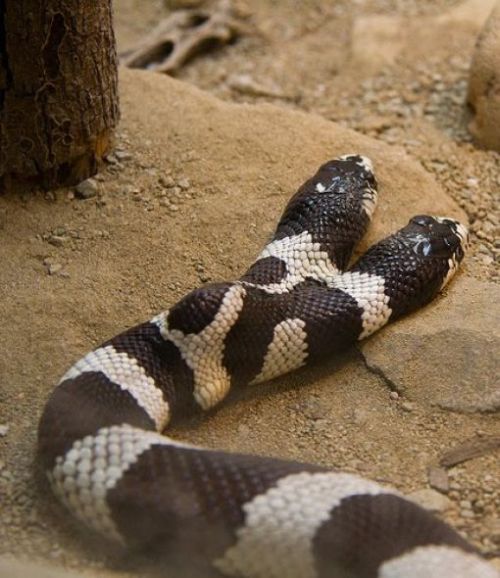 8. A two-headed Boa constrictor was born in a pet shop in Hayward, California, in May 2009. Owner Aaron Dickey decided to sell the snake to the Venice Beach Freakshow. 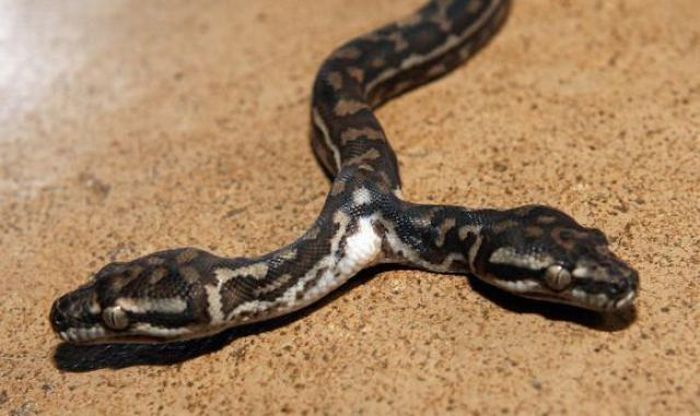 9. A two-headed ladder snake, Elaphe scalaris, was discovered near the village of Pinoso, Spain. 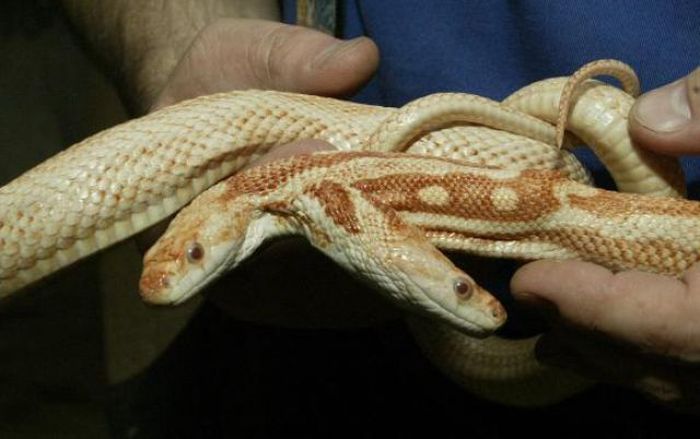 10. A two-headed king snake lived for nearly 17 years at the Arizona State University. 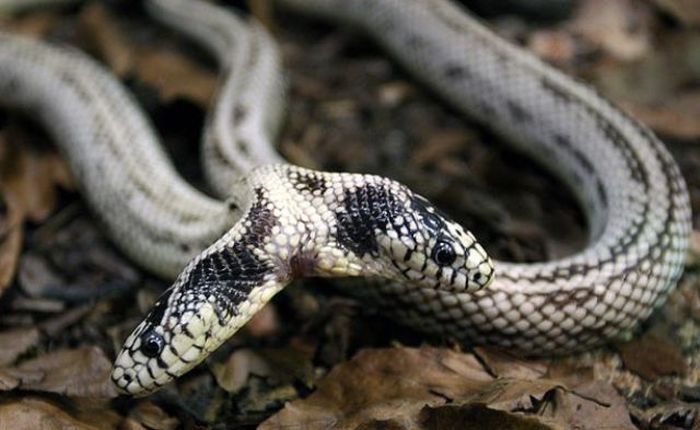 11. Acc. to Japanese mythology “Yamata no Orochi” an eight-headed snake. 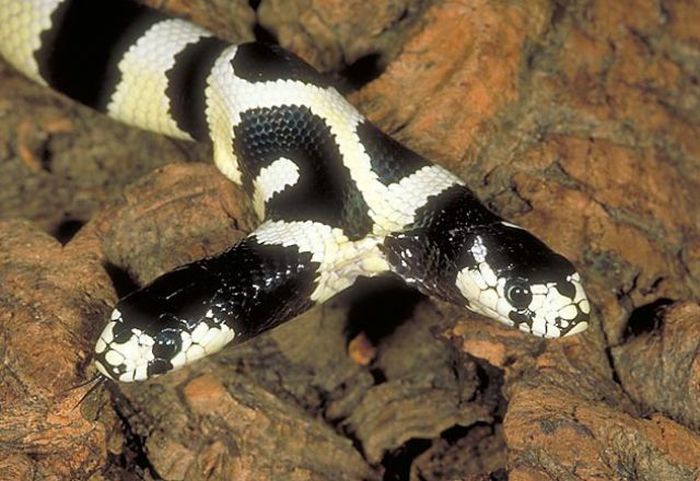 Before You Go Watch Some YouTube Videos of Two Headed Snakes