What is a Hipster? Are You A Hipster? | Hipster Evolution Video

Isn't it strange that in this world there is the remote Norwegian town of Longyearbyen where dying is banned. Dying is ultimate...
Read more
Animals

Giraffes an African even-toed ungulate mammal, the tallest living terrestrial animal and the largest ruminant. Its species name refers to its camel-like appearance and...
Read more

Hipster culture is a reaction against perceived cultural trends of  inauthenticity and superficiality. In a hyper commoditized world where  commercial motives permeate every layer of the cultural fabric and  advertising and lobbying dollars make everything in mainstream society  suspect or of questionable motives, hipster culture has arisen to offer  an alternative set of values and attitudes.

Hipster culture is primarily built on two behaviors: the  fetishization of authenticity, coupled with a derisive, dismissive and  ironic rejection of everything that doesn’t fit within that narrow  category.

The hipster concept of “authenticity” is complex but largely based on  i) age, where objects or ideas older than a few decades are perceived  to be more authentic as they sprang from a culture less corrupted by  commercialization, and ii) a spartan kind of utility, where bare-bones  items are seen as less commercially exploitative and thus more reliable.

Thus, hipster culture embraces fixed-gear bikes, mechanical  typewriters, folk music, drinking from mason jars and vinyl records as  they are all perceived to be both old and spartan. It also embraces  things like mustaches and vintage clothes (just old), and apple products  (just perceived to be of extreme simplicity). 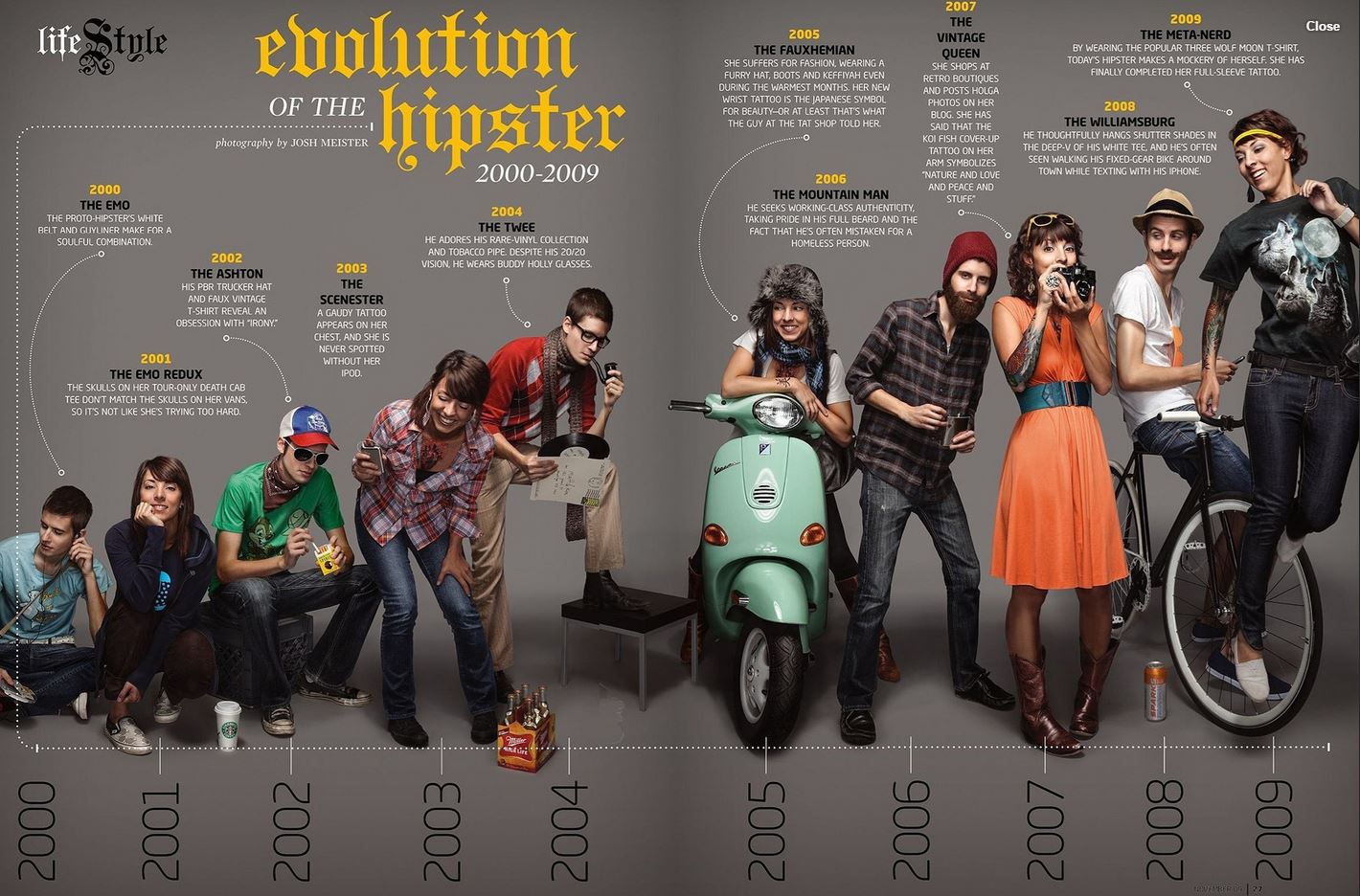 When it comes to objects or ideas outside of the categories hipster  culture embraces, it rejects them fiercely, either with hostility  (Windows PCs, watching TV, working in an office and wearing a suit  etc.), or by co-opting them under the banner of irony and adopting them  as self-consciously “lame” (tri-wolf tee shirts, wearing gaudy fake  jewelry etc.)

But as hipster culture has grown in popularity and has itself become  more mainstream, the central definitions of these various concepts have  shifted from being chiefly substantive (or at least, substantive based  on dubious perception) to being chiefly aesthetic. Being seen to be  authentic has become more important even within hipster culture than authenticity itself.

To bring this back to the original example of a mason jar with a  handle being given away by a microbrewery: originally, drinking from a  mason jar was adopted by hipsters because it rejected commercialism by  repurposing something that might otherwise be thrown away and because it  harked back to some kind of Southern rural idyll that was perceived to  be less corrupted by the commercialization of society. But as the  substantive reasons for using a mason jar have given way to aesthetic  reasons for drinking from a mason jar, those original arguments have  become irrelevant. Thus, it’s possible to i) use a mason jar with a  handle, which completely perverts the original appeal of spartan  utility, and ii) buy a mason jar drinking vessel, which completely  perverts the original appeal of repurposing waste and rejecting  commercialism.
Or something. 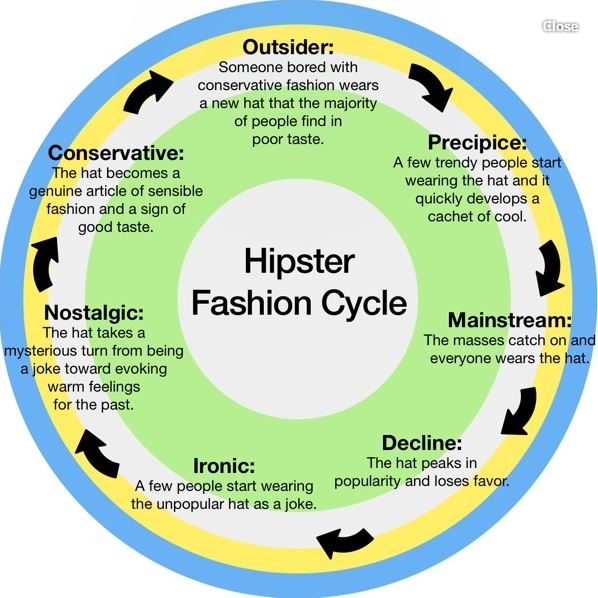 Evolution of the Hipster:

Fafa explains how the hipster has evolved.

Are You A Hipster? | Idea Channel | PBS Digital Studios

We all hate hipsters, right? They seem so smug and arrogant, with their ray bans and scarves and ironic t-shirts. Even those who CLEARLY ARE hipsters still recoil at the label. Embracing irony over earnestness, the key to hipsters is not just what they enjoy, but how they enjoy it. Borrowing from other subcultures, (see: Handlebar mustaches and flannel shirts), hipsters reappropriate these fashion elements as their own. But don’t we all do that? Our own fashion came from SOMEWHERE, and certainly has been refined. Do we all have a little bit of hipster blood in us?

In another mouth-watering clash, two heavyweights of Tennis go head-to-head in a battle for supremacy in French Open Final 2014. Usually the history goes out of...
Read more

Australian Commuter Push A Train to Save Trapped...

A passenger on a commuter railroad near Perth, Australia, was rescued by his fellow passengers after he slipped and got his leg caught in...
Read more

Times change and the things that we’re used to right now may not be the same as in the future. The same goes for...
Read more

We can keep on talking about the things which a mother does for her children. But we can never be able to completely explain it...
Read more

A Hotel Hires And Trains People With Disabilities...

It started with a simple idea.  Patu Keshwani and his staff decided to change it. They began by hiring a few people to work...
Read more
Load more