9 Adorable Pics Of Snow Monkeys of Jigokudani | The Japanese Macaques

1. The Brain Feels No Pain

There are no pain receptors in the brain. That's why surgeons can perform brain surgery on a patient why they are still awake. This helps them ensure that the delicate procedure doesn't screw up any vision or motor control functions – and also it looks really freaky. Why do we feel pain? Because a nociceptor, a sensory receptor, sends signals to the spinal cord and brain alerting us to danger. Couldn't they just send a card? 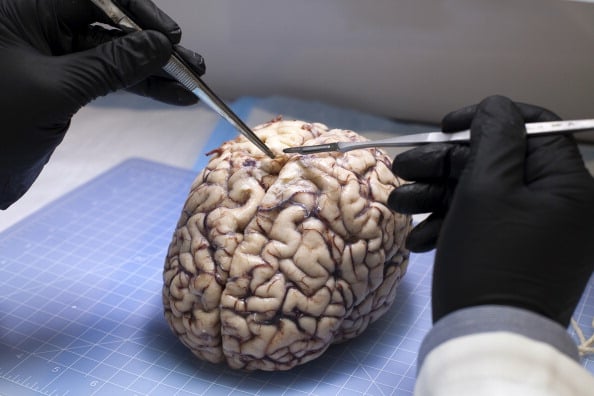 There are also a hundred billion neurons that comprise the brain – as many as in the entire galaxy – all in a squishy mass about the size of a cantaloupe. Using about 17% of your body's energy and 20% of its oxygen, while only containing 2% of its mass, the brain produces between 10-23 watts of power when awake — enough to light a bulb. Made of 75% water, your noodle has over 100 trillion synapses that connect those neurons and enough “space” to hold the entire Enclyclopedia Britannica fivefold, or 1,000 terrabytes of information. And the Cheech and Chong myth isn't true; you do use your entire brain, even when high. 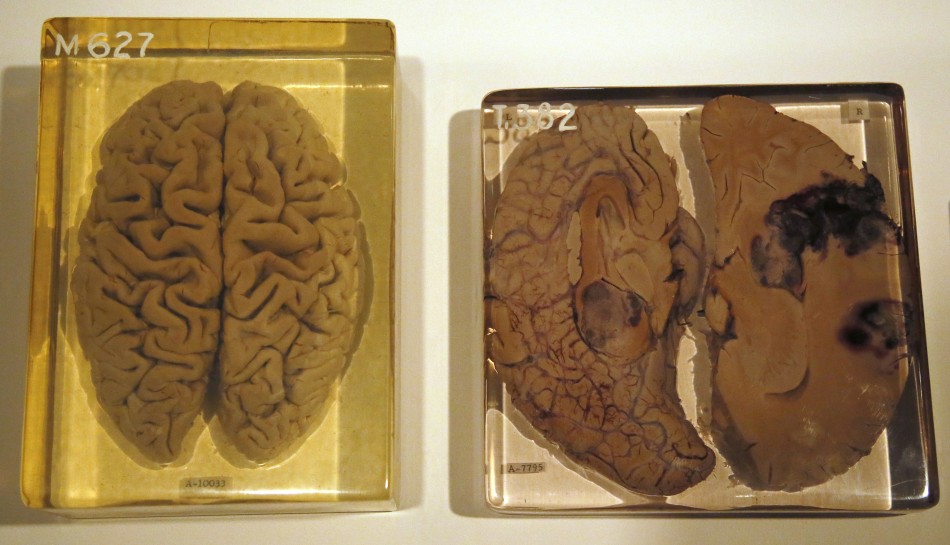 When Albert Einstein died in 1955, they didn't just save a lock of his crazy white hair, they carved out his whole melon. Dr. Thomas Harvey performed the brainectomy a mere seven-and-a-half hours after Einstein's death, purportedly for scientific research. Then it vanished. It wasn't until 1978 that an intrepid journalist named Steven Levy tracked down Dr. Harvey in Wichita, Kansas, where the good doctor admitted he still had the brain, sliced in 240 pieces and bobbing in two mason jars filled with formaldehyde.

4. There Are Differences Between the Right and Left Brain 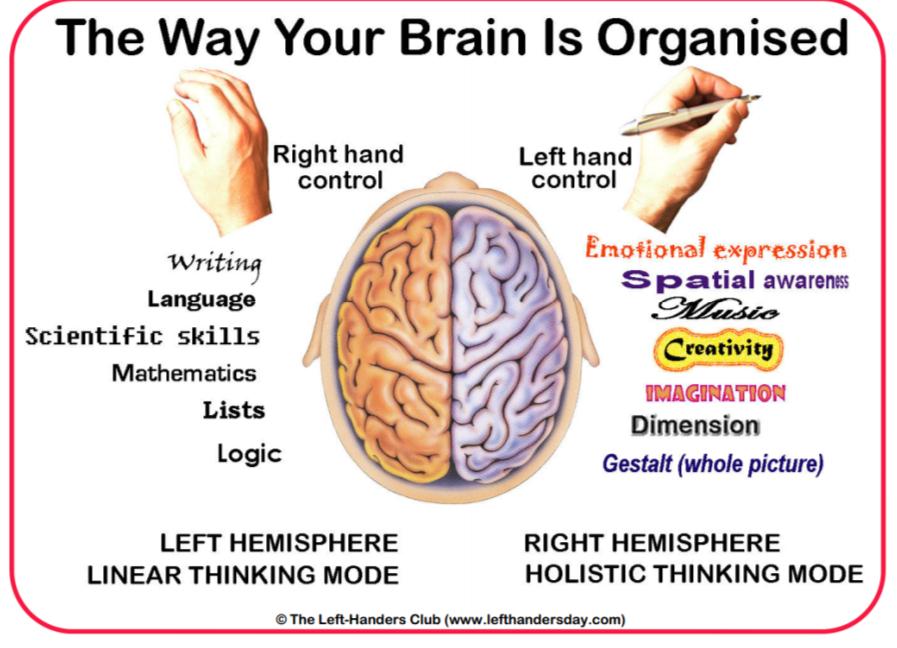 The brain is split up into two symmetrical hemispheres. While they do work together, the left brain favors more rational, analytical thinking, while the right is more visually and conceptually oriented. They also work in opposites – you stub your left toe and the “pain” is processed on the right side. And they put right-side-up whatever is upside-down – the image in your eyes is actually received inverted and the brain corrects it. But here's the REALLY weird thing – even if you were to lose one-half of your brain, you would be able to survive without it. Well, maybe that's not so weird – look at all those stupid politicians!

So there you go – concrete proof that men are smarter than women. But before you go patting yourselves on the back, dudes, note that although women's brains are smaller, they have more nerve cells and connectors and work more efficiently than men's. And, true to the stereotype, they tend to process on the more “emotional” right side of the brain, while men process on the “logical” left. Also, an area known as the straight gyrus, responsible for nurturing, feminine traits, is proportionately larger in women. Does this mean there ARE indeed brain-related differences between the sexes? You WOULD think that, wouldn't you?! Typical

6. Your Brain is More Active When You Sleep

Night-time is the right time for your brain to process all the activity that has occurred during the day – that's why scientists think we dream (no one is really sure why). Some believe it's a way to process the complex emotions and interactions of our daily lives, others think it's just a way to zero-out information, much like a computer. A recent study showed it may help us alleviate trauma. People with higher IQs tend to dream more, and a nap during the day has proven to make people more energized and focused on their work. Tell that to your boss. 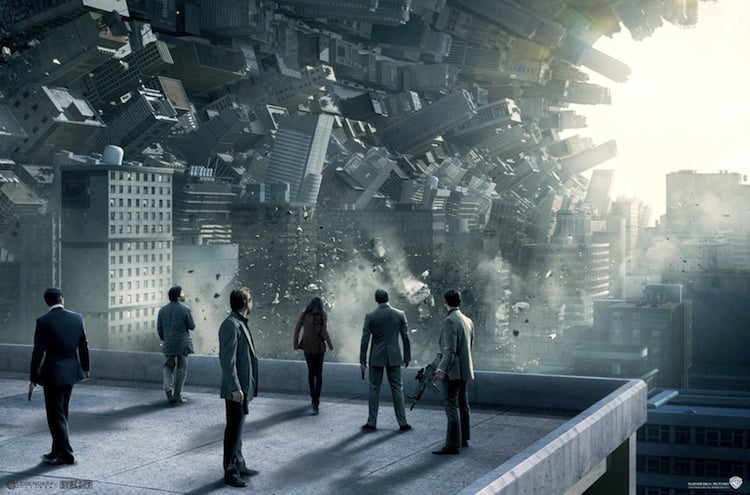 It turns out, there is something called Lucid Dreaming, where a person could control the outcome of a dream while in a sleep-like state. It has its roots in ancient Tibetian Buddhism, where aspirants would practice “Dream Yoga” – doing incredible feats of dexterity during sleep, reminding themselves of the illusory nature of existence. The term was first coined by Frederik (Willem) van Eeden in the 1880s, but the concept didn't take hold until the late 1960s. Nowadays, Lucid Dreaming is all the rage, with plenty of resources online to begin the training process. It has a lot of potential – not only allowing you to conquer your nightmares but also finally have sex with the Girl Next Door.


True laughter is involuntary – that's why the milk comes gushing out your nose. Only human beings are born with this ability (a Laughing Hyena is not really laughing) and babies begin giggling at 4 months old. And while true laughter is contagious, it is also something not easily faked. But WHY do we laugh – it's not because of jokes. Over a 10-year period, one doctor studied 2,000 laugh-inducing situations and discovered that most of the time a guffaw was not the result of a punch line. Maybe someday we will understand why we are ticklish, too.

Research has been mixed on the subject of brain size and intelligence – Albert Einstein's brain was only 1,230 grams, while the average adult male brain weighs 1,400. (An unusually large amount of glial cells are attributed to his smarts.) Another study shows that the bigger the person's head, the smarter they are, while those with pointier heads show less intelligence.

Born March 8, 1972, Ung-young already understood algebra at 8 months old. By the time he was 2, he was fluent in 4 languages. He began attending university at 4, and graduated at 15. But Ung-young isn't just a smarty-pants, he is also a gifted painter and poet. Nowadays he lives in S. Korea and presumably has time to do all the things he never had a chance to do… like have a childhood.

What do your brain have to say about Human Brain ?