12 Fascinating Myths and Facts About Voodoo Around the world

Remember! This magics can not be performed live on stage!

This is one of his world famous magic, you might have seen it several times! Still you don’t know how he did it!?

A sunny day Criss Angel  demonstrates to some bystanders pull apart a couple by their torsos and switch their bodies up.

Indeed a very good idea, but he and his troupe failed to avoid certain errors!!

Any magic has it’s explanation too! Scroll down to see the mistakes and how he did it.

1. This was not done in real time!
2. The video has a duration of 3 minutes 25 seconds.
3. But in-fact, they took different (takes) hours to compose this video!
4. It’s all together a very tricky video editing!
5. All those who present in this video are all part of the game!
6. Criss uses four different persons to do this magic!
. Two of them, (in real life), are without their lower limbs!
. Other two persons with normal lower limbs, very similar or twins  of the above ones!
. Two pairs of fake lower limbs are used!

Now let’s have a look at different scenes!

Look at the very bright sunlight on the path and the trash bin’s shade just cover the edge of the path! 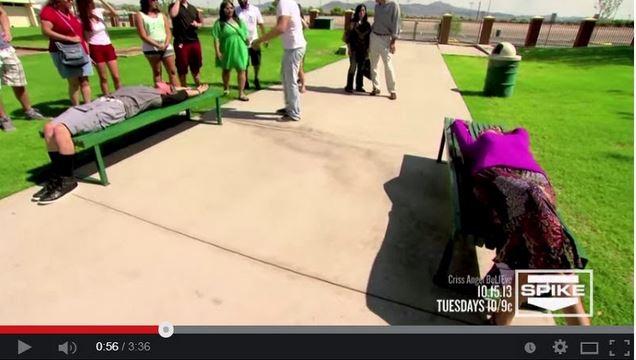 NB: still there is no shade of the tree on the path! 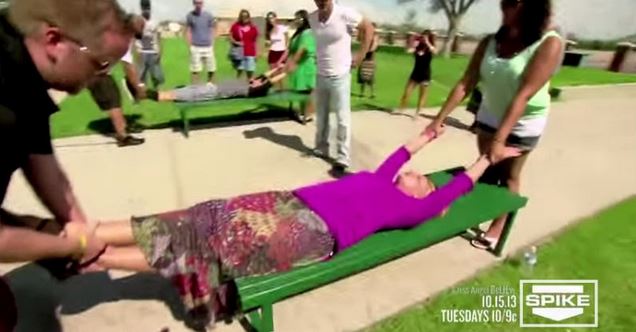 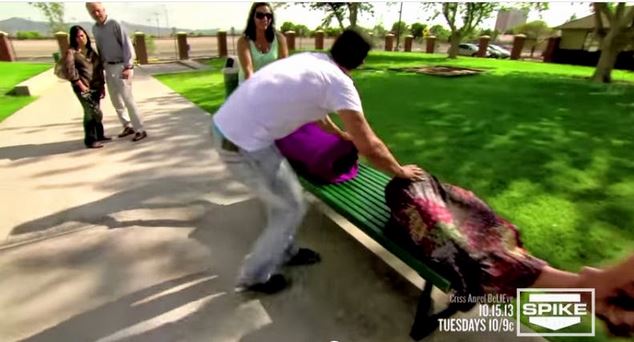 Time- 1:12
A man is holding the boy’s legs and on the path there are no shades of the tree! 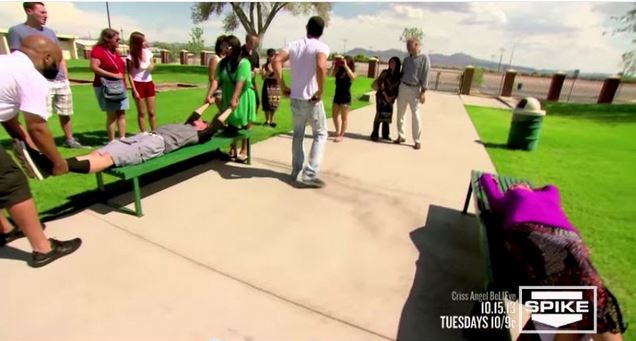 Time- 2:06
The man, who was holding the boy’s legs, is missing and the path is full of shades!? 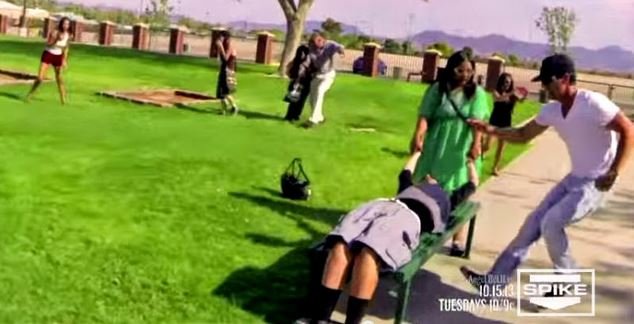 Here is the Very Big Mistake!
Note the bangles she has got on her right hand!
(The other one she drops during the magic has no importance) 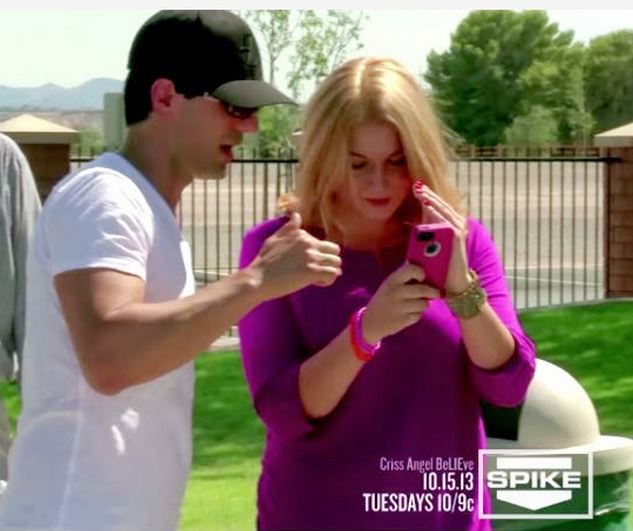 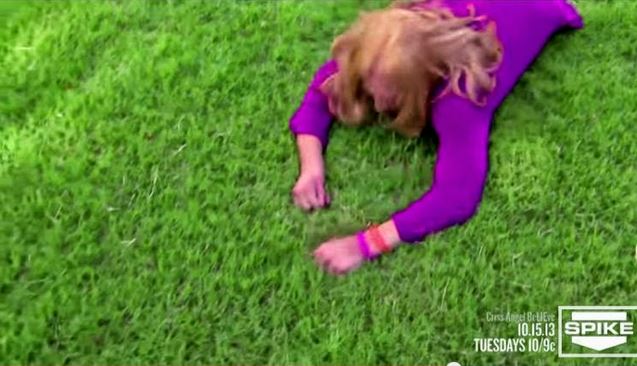 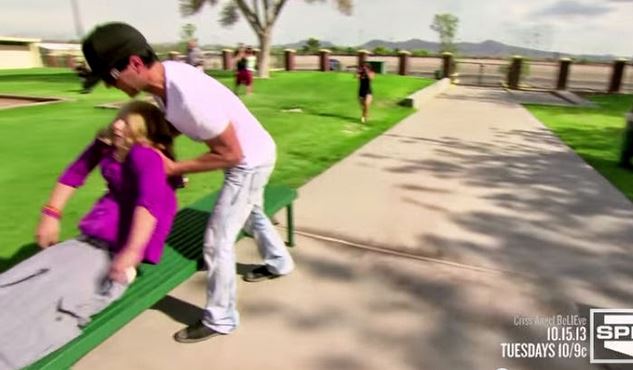 NB: The boy is holding his t-shirt to the bench! so, no one will notice how he sits! 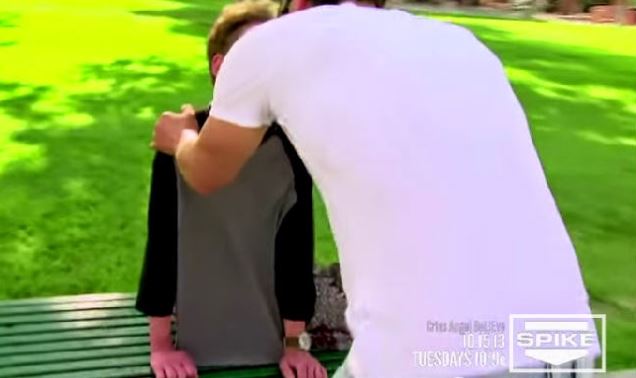 In fact, he sits with his torsos twisted! He is holding his t-shirt to the bench, in order to avoid the viewers understand his position! 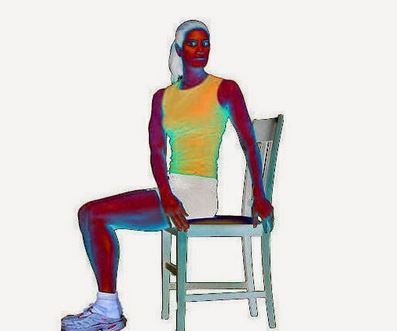 Q: How does the boy’s legs move without body:
A: They are mechanical legs!
– There are four different persons present in this magic!
First scene:
The boy and the girl (with lower limbs) are placed on the bench.
Second scene:
The above two are replaced by two other persons without their lower limbs attached to two pairs of fake lower limbs! Then Criss  switch their torsos up!  Since they were dressed in the same way and they look very similar, the viewer think that they are the same persons!
Scene Three:
The two persons without legs and the fake legs are removed and  those who came  in the first scene are laid on the bench again with the costume changed!
– In the last scene note two points:
. Since the boy is thin, the woman’s body has to fit his legs!
. But, you don’t see any of them with unusual body structure!
. That is to say they have just changed their dress not the lower limbs!

Observations!
– Using different cameras and the mobile cam was a good move to confuse he viewers!
– They spend more time in costume change and nobody noticed the fact that the shadows changed by passing the time!
– The boys legs are moving after the body is removed!? (here he used mechanical legs!)
The short he used to the mechanical legs are bigger!
He could not find people with more or less with the same body structure!
Even after they switched up, the boy remains thin and the girl fat!?
See the difference of the sunlight in first and last scenes!

Remember! This magics can not be done live on stage!