One of the unique aspects of Israeli society is the fact that most women serve in the military. Women in the Israeli Defense Forces are female soldiers who serve in the Israel Defense Forces. Israel is the one of only a few countries in the world with a mandatory military service requirement for women. These Israeli  girls look just as hot out of their uniforms as they do in them. Israeli women are Gorgeous. No wonder they dont cover their face like arabs. 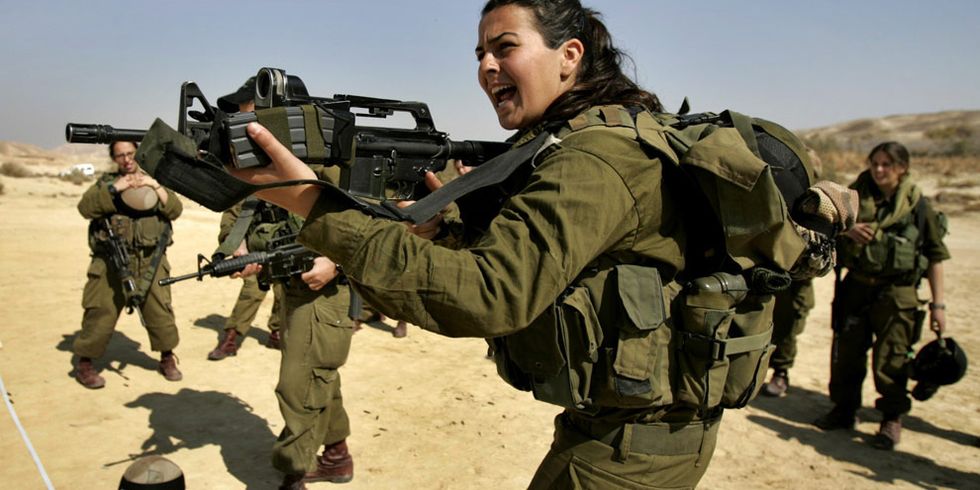 2. All citizens are drafted at the age of 18, the guys are required to complete 3 years of service and the women 2 years. 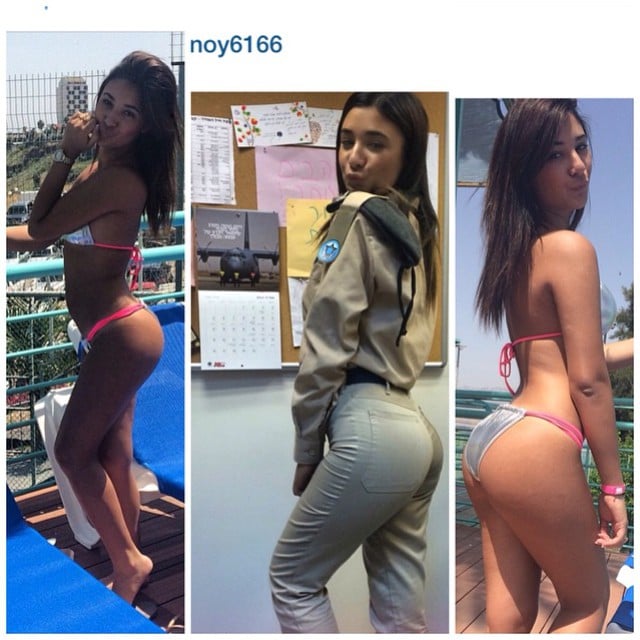 3. With a whole country of 18-20 year old ladies attending the Armed Forces perhaps the guys would not have to be automatically drafted if some these pictures were used in recruitment campaigns. 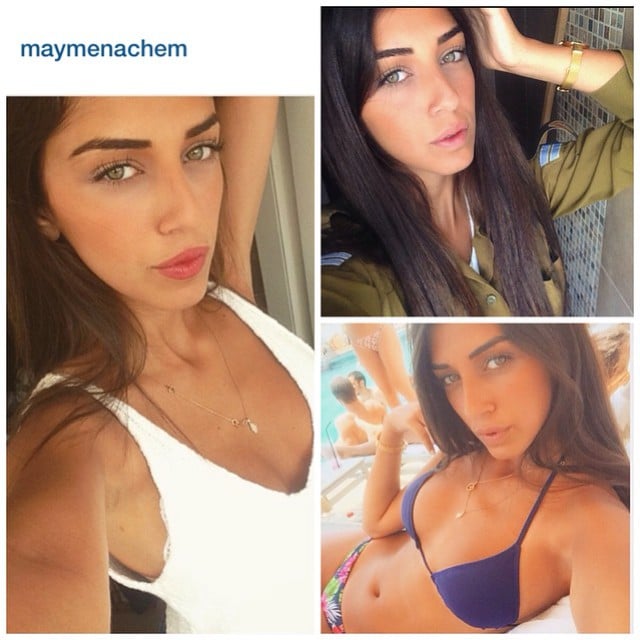 4. Women may be exempted if they are married, pregnant, or are mothers. A woman may also chose not to serve if she feels it conflicts with her religious observance. Most women who choose this option spend these years as volunteers in hospitals, old age centers, with needy children or other worthy causes. Everyone serves. 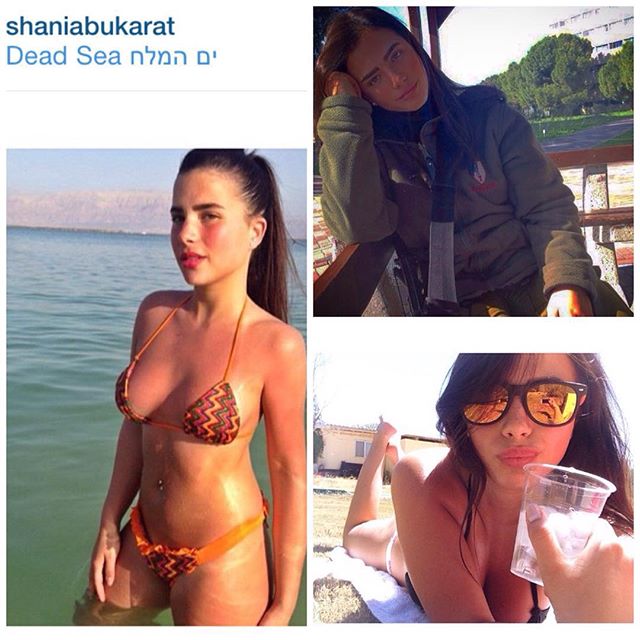 5. The desire to serve is as strong among the girls as it is among the boys. From their mid-teen years the girls are already experts in military lingo and culture. They know what each cap and barrette signify, they know what different colored uniforms and boots mean. 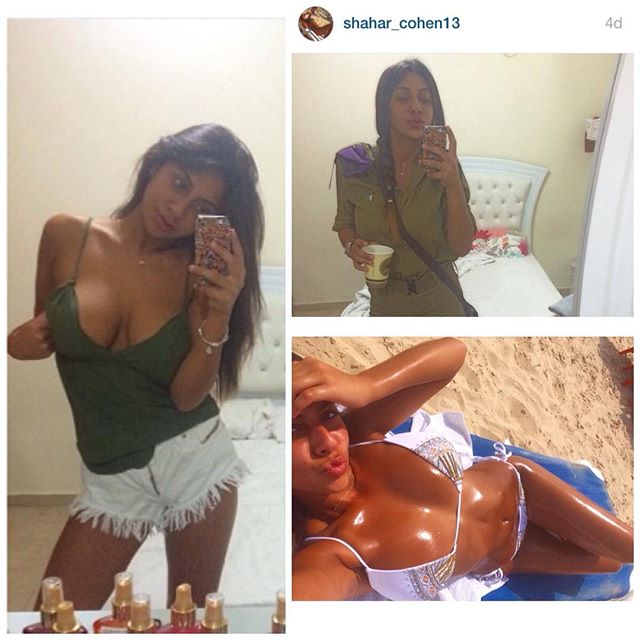 6. They know all about the different units and what it takes to get into each. The live the military culture and want to serve their country and contribute to it’s safety and well being. The boys’ status in their eyes is often linked to his position in the military. 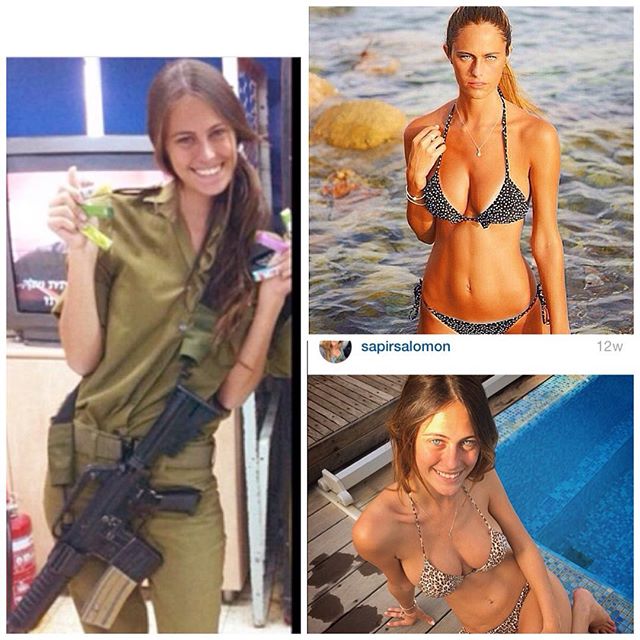 7. You could be out on the town on a Saturday night and you will see beautiful young women hanging out, with M-16 rifles slung over their shoulders. They are home from the army for the weekend. 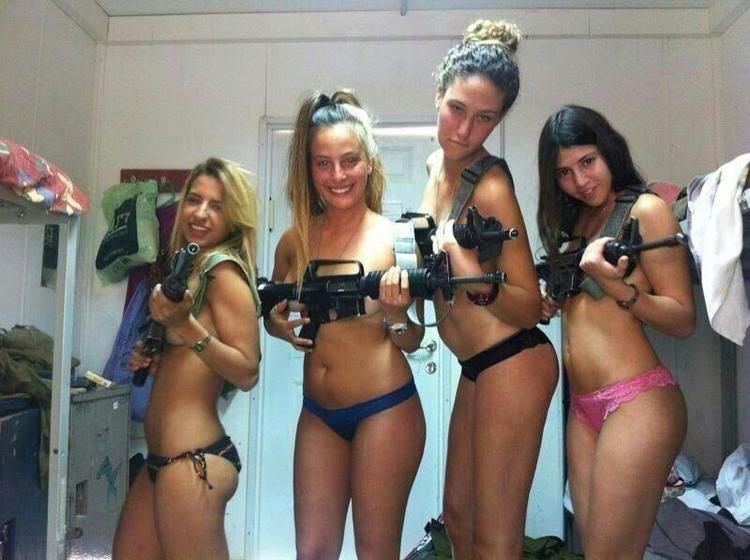 8. Women have been part of the Israeli military since before the founding of the State. In the Warsaw ghetto, in the partisan units fighting the Nazis, and in the pre-State underground freedom fighting militia’s, women were active members. Many proved themselves under fire. 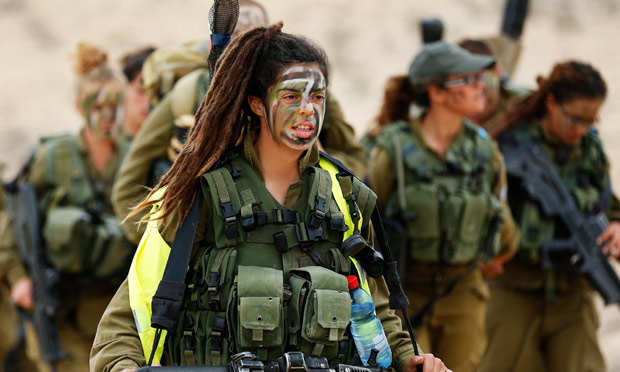 9. Women were active participants in Israel’s 1948 war for independence. At some point during the war it was decided that women would no longer participate in battle but would fulfill other roles. 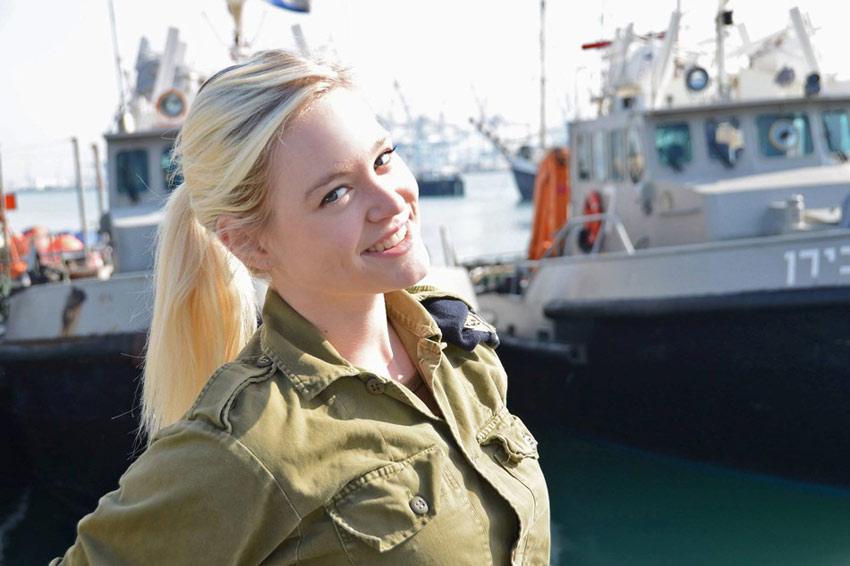 10. Women no longer participate in front line combat, but they train for it, and teach it to recruits. Many women have the status of “Kravi”, or “Combat troops”. 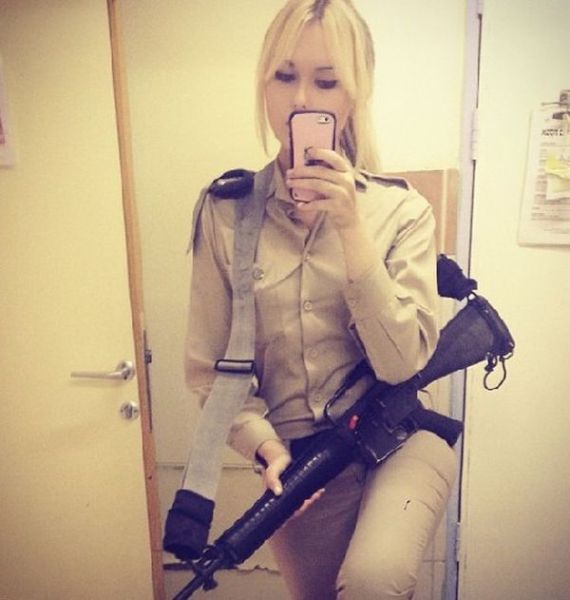 11. The Women’s Corps was founded on May 16, 1948. Within a year it was decided that they would serve for the most part within male units but would still be part of the Women’s Corps which would act as a professional support system for women in all branches of the IDF. 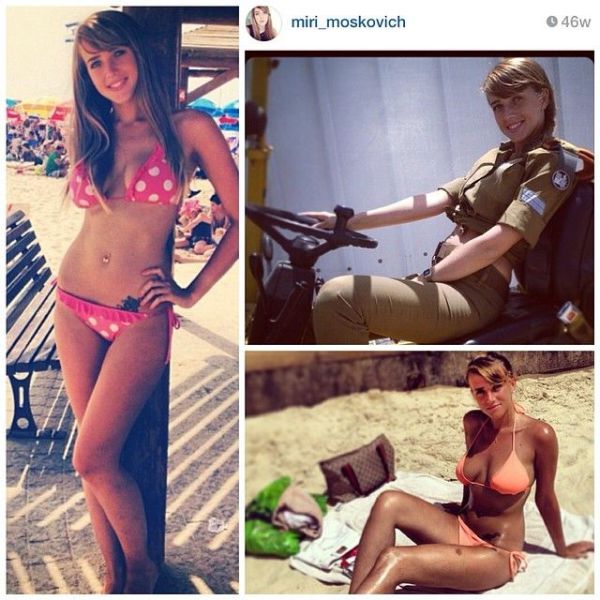 12. Women serve in support and combat support roles in the IDF, recently they have been allowed additional options but they still do not serve in active combat. 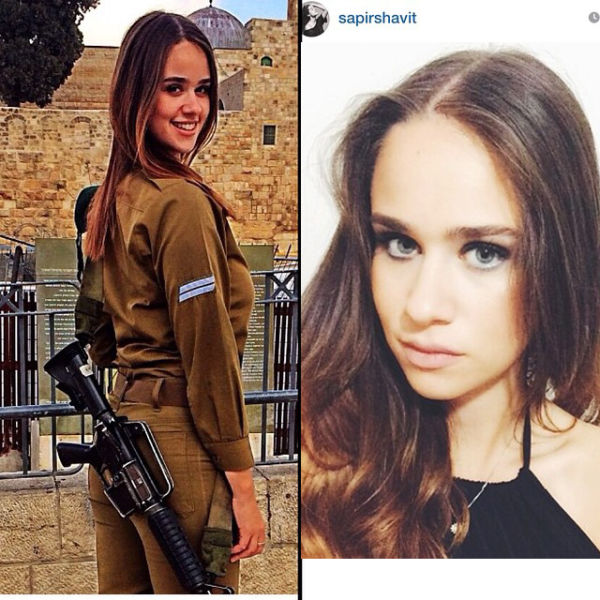 13. The Israeli military has always combined the practically of combat with the morality of Jewish way of life. 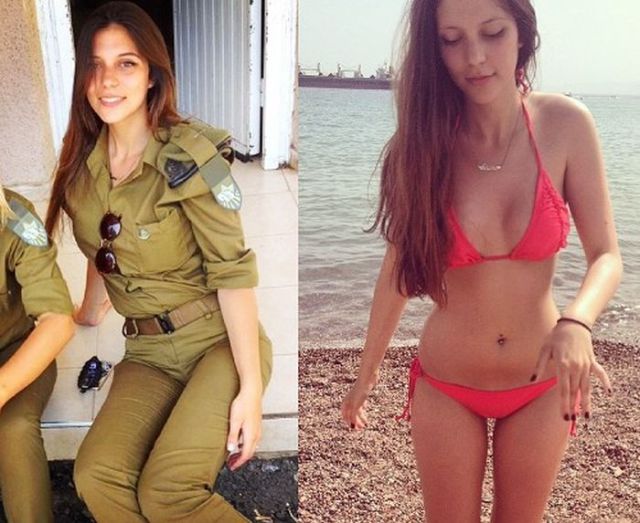 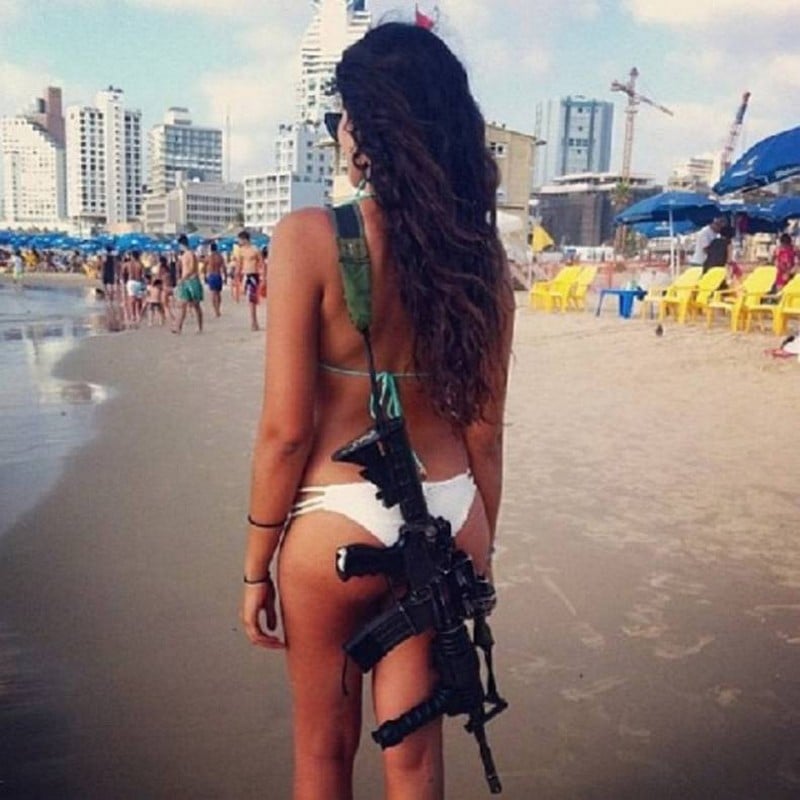 The bottom line is that in the Israeli Defense Forces, each soldier, male or female, will be assigned to the task where their contribution will be the greatest. The whole is greater than the sum of its parts, the nation is more important then the preferences of any individual soldier. I have found that most soldiers are happy knowing that they are contributing their maximum. There is always an attempt to satisfy the ambitions and interests of each soldier but ultimately the needs of the army take precedence.

Now these are the kind of girls I respect!