Uruguay can be a forgotten country that many travelers pass over. Despite a coastline that runs for 410 miles and an area the size of Washington, too often the country is erroneously passed off as a suburb of Argentina. 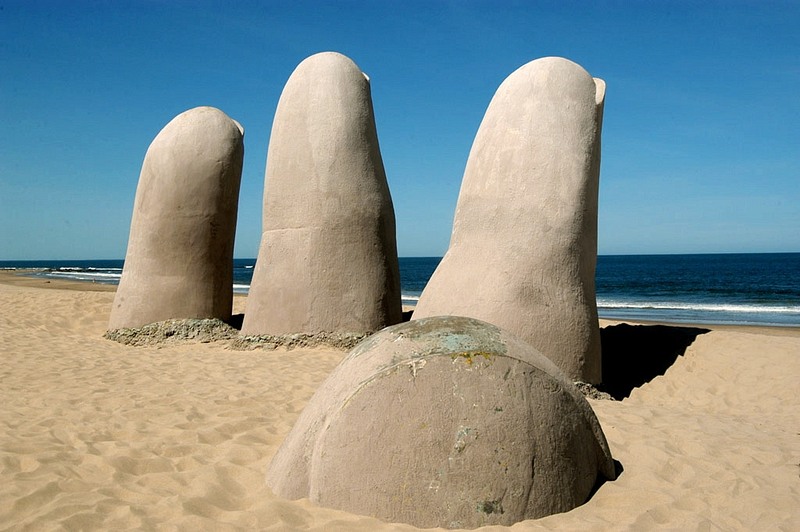 Love it or hate it, Punta del Este is the chic beach resort of the see-and-be-seen, jet-setting crowd. Prices here can be twice as high as anywhere else in Uruguay, and surfboards and bikinis dominate the sand before the casinos take over at night. A South American combination of Monaco and Miami Beach, high-rise hotels and all-night clubs dominate the popular shoreline. While the beaches downtown are the daytime hot spots, most of the clubs are in nearby La Barra, as are a number of high end accommodations such as the lavish Mantra Resort. Public transport can be sporadic between Punta del Este and La Barra, and this a place where having your own car is definitely a logistical bonus. In town, take time to stop at the famous sculpture popularly known as “The Hand”, where five fingers reach out of the sand to warn swimmers of the hazards of the ocean. For those who want the beautiful beaches without the hype and scene, consider staying in Jose Ignacio, located 40 minutes east of Punta del Este in a relaxing coastal commune.

The sculpture was made by the Chilean artist Mario Irarrázabal and unveiled during the summer of 1982, while he was attending the first annual International Meeting of Modern Sculpture in the Open Air in Punta del Este. The sculpture has since become a symbol for Punta del Este and is one of Uruguay's most recognizable landmarks. Over the years the sculpture came to be called by different names such as Emergiendo a la Vida (Man Emerging into Life), Monumento los Dedos (Monument of the Fingers), and Monumento al Ahogado (Monument to the Drowned), although the creator prefers it to be called simply “the Hand”. 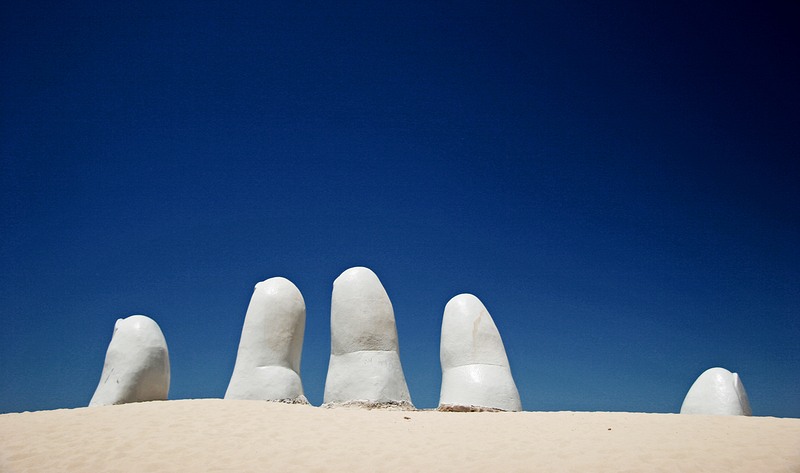 Mario Irarrázabal was the youngest of the nine sculptors who were invited to attend the inaugural edition of the International Meeting of Modern Sculpture in the Open Air. During that summer, the seafront turned into a kind of outdoor workshop where artists from various countries gathered and began to give shape to what they had in mind. Mario Irarrázabal arrived with a scale model of the hand but he had to improvise the rest of the process while facing natural obstacles such as the wind and the sand. Unfortunately, a conflict arose among the participating sculptors regarding the places assigned on a public square. While the others argued, Mario Irarrázabal quietly took his creation to the beach. 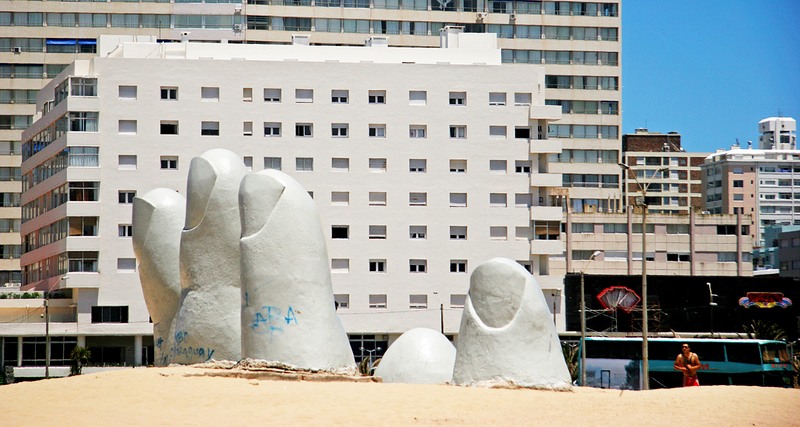 Irarrázabal finished his work in just six days. The colossal hand is made of concrete reinforced with steel bars, and metal mesh, and covered with a degradation-resistant material. Irarrázabal's sculpture became an immediate hit earning him worldwide acclaim. It’s the only sculpture from the exhibition, hosted more than two decades ago, that continues to sit on the beach today. It has been photographed by thousands of tourists and has appeared on countless postcards and magazines. 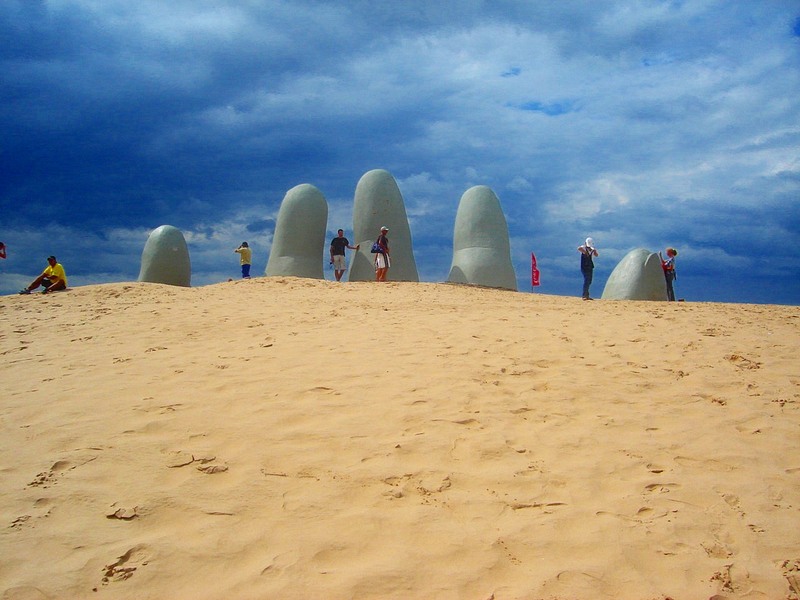 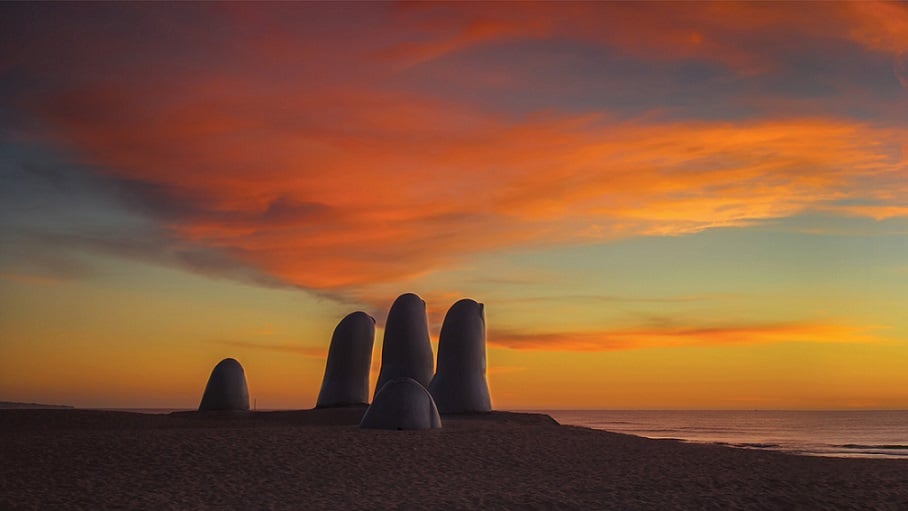