From FY 2020-21, an individual taxpayer will have an option to choose between existing and new tax regime. In order to know...
Read more
Travel

A day in the life of Kuari Pass- well that is something truly special, for a lot of reasons. Kuari Pass trek is the...
Read more

The idea of travelling excites everyone and we all have some places on our bucket list. While we see so many people around us going on solo trips, a woman travelling alone still hasn't become a norm in India. Safety concerns hold us back from having the fun of setting out on our own, meeting new people and discovering a new connection with our own self. 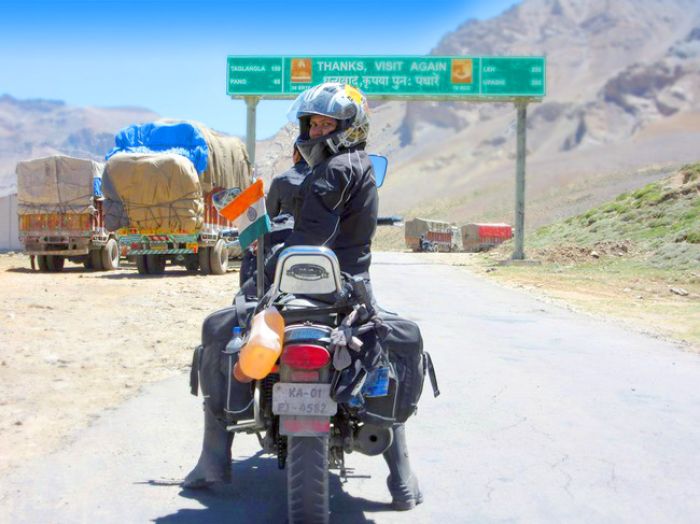 But 27-year-old Roshni Sharma shed all these inhibitions, picked up her bike and kick-started her journey from Kanyakumari that ended in Leh ladakh, covering 11 states that came along her way. A small town girl from Narora in Uttar Pradesh, Roshni Sharma is your regular girl-next-door, except she isn't. The computer engineer with Wipro sounds like the typical geek till you discover this whole other side. A side that reveals a passionate biker who sets out solo, exploring the roads of India few have ever cared to tread. 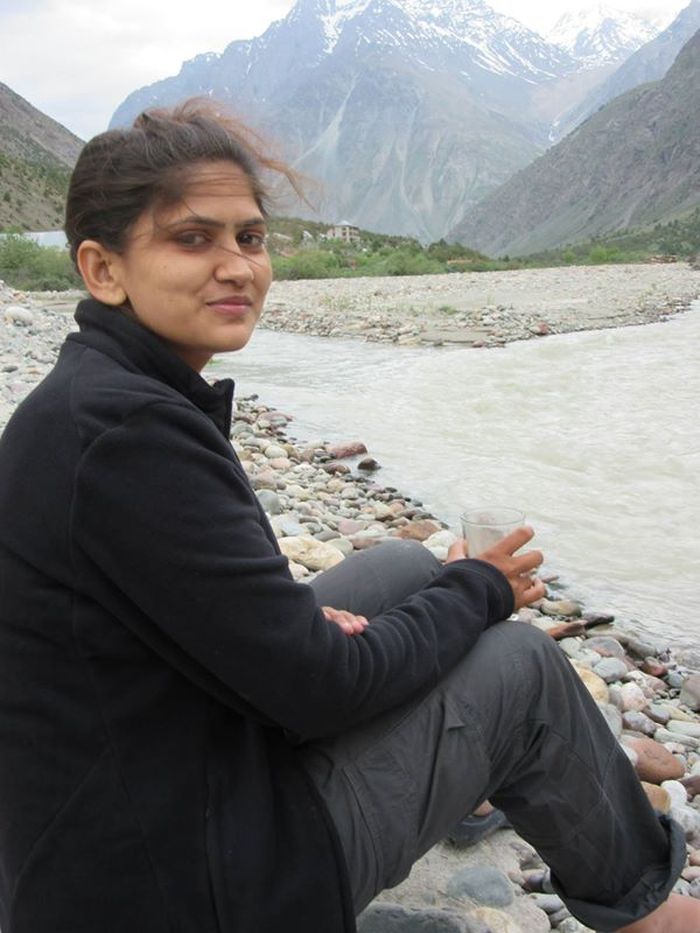 This daring young woman has even completed a commendable ride across the entire length of India. Yeah, you read that right. Starting out on her Avenger in Kanyakumari, Roshni ended her journey up north in Leh. She is now the first woman to have ever completed such a tedious ride all by herself. 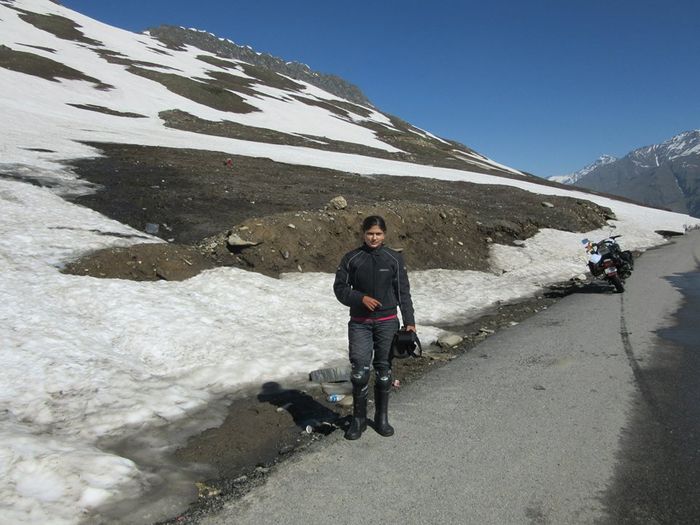 An engineer by profession, Roshni. In the month of June last year, she embarked upon the journey of a lifetime that not just added a new horizon to her personality, but also inspired many others. 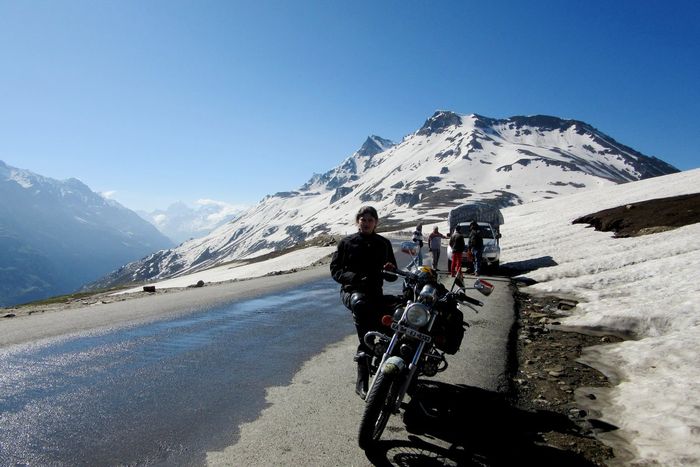 She passed the lofty Himalayan mountains, tough terrains, high passes of Rohtang, Sarchu, Pang and Tangalangla and rode through the dangerous glaciers that tested her endurance. 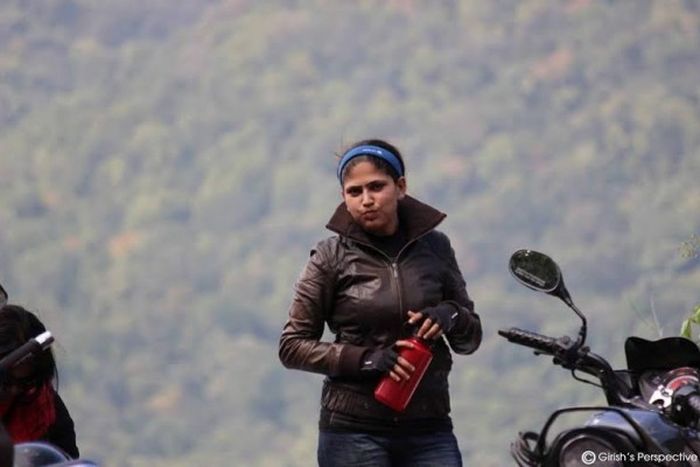 Roshni Sharma, soon became the first Indian woman to ride a motorbike from Kanyakumari to Kashmir. 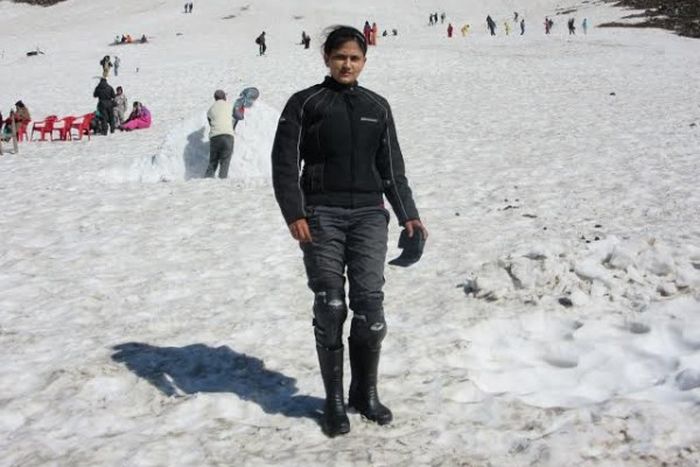 As exciting as her journey may seem, it wasn't always fun. She too, had her moments of doubt. Once, while she was halfway through the journey, she found herself sobbing on a dark and lonely 90 km stretch. 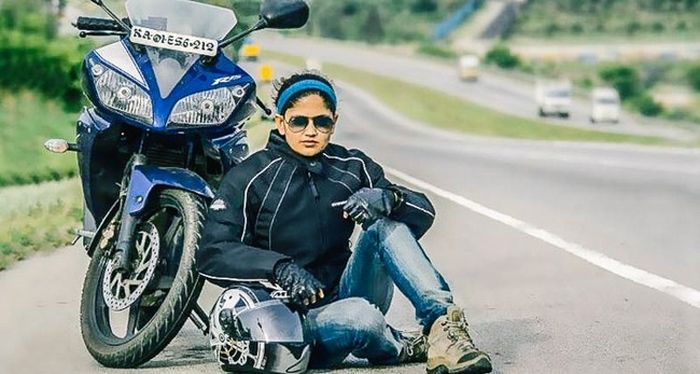 Clueless and confused, she asked herself why she chose this trip.

"I cried," she recalls. "I had everything in my life – loving parents, friends and a good job. What else was I looking for in life with this ride?" 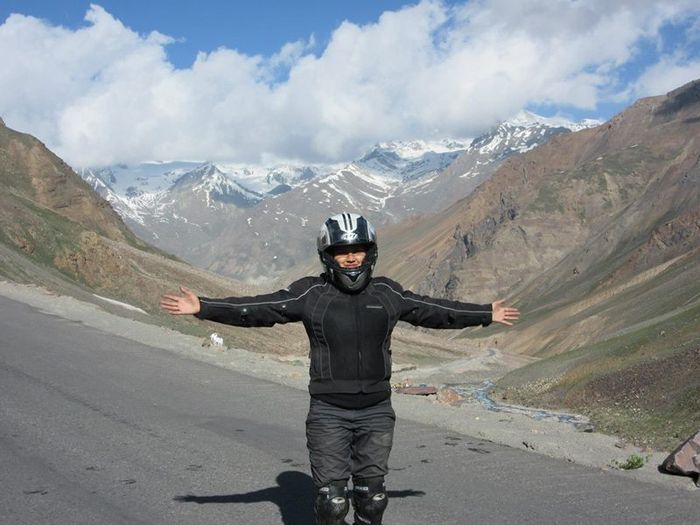 But the moment she reached Leh, the snow-capped mountain, the thrill in the air and a feeling of accomplishment gave her the answer.

"I felt fearless. There is nothing in this world that I feel I can't achieve," she said. 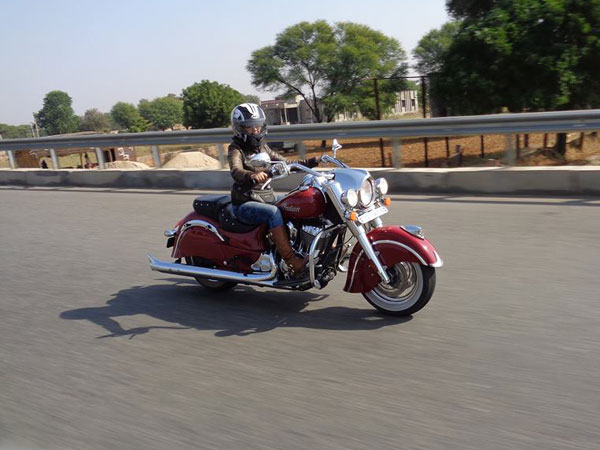 She had started to prepare for the arduous journey 7-8 months prior to setting out. The planning included chalking out a route plan, confirming the route, convincing parents, buying a bike and other necessary equipment. She also learned about the bike to be able to handle it in case it broke down and also paid some extra attention towards her fitness. 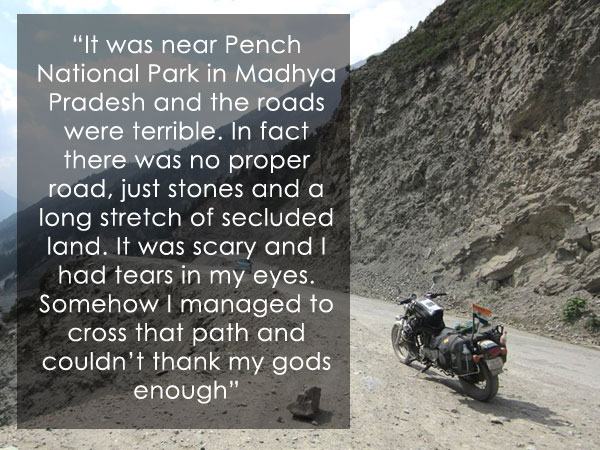 Talking about the expedition, Roshni says, "Biking is my passion and by taking this expedition, I want to spread a message among women, especially young girls, to come out of social taboos and live a free life."

"The experience of having the wind in your face while you ride is surreal. It's nothing like traveling with family or friends. Here, you've got to interact with new people, ask around, talk and experience their culture and lifestyle. It's a great learning and one that has truly transformed me," she says.

After her maiden solo bike ride, Roshni has done many more road trips, including a Bangalore-Chennai-Bangalore ride in 12 hours riding for 700+ kms, a Bangalore-Pune-Bangalore in one night, which was a good 1700 kms and the most recent explore Kerala trip that was tough due to the narrow roads spanned across 1770 kms.

11 Epic Pics of Couple Who Gets Married...

It’s been said that love can move mountains, but one California couple has proven that it can also climb them. Ashley Schmeider and James Sisson...
Read more

Have you ever imagined what the dogs think when they see humans? Poet Billy Collins imagines the inner lives of two very different companions. http://www.youtube.com/watch?v=DOvbl3ZPPV4 It’s a...
Read more

Here is the Latest Commercial of Champions League T20 (CLT20) from Start Sports. https://www.youtube.com/watch?v=5T1Zsk8FgyY Source: Star Sports on YouTube   Here is the Lyrics of this amazing video:...
Read more

Do not trust the beauty of Russian female police officers and the shining smile. Because they know how to use Kalashnikov proficiently, throw grenades,...
Read more

Indian Prime Minister Narendra Modi, who swept to power in May with a thumping electoral mandate, faces a major test in diplomacy in the...
Read more

Another Weird Story That Only Exist In Japan. I don't know much about Penguin but i am sure this japanese Penguin named Lala would...
Read more
Load more