5 Tips on How to Create a Perfect Facebook Ad Campaign

Almost everyone in the IT world knows Mark Zuckerberg (if you don't know at least Bill Gates then maybe you should look for some professional health assistance). Today we are going to share with you an amazing story of Social media king & Facebook Founder, CEO Mark Zuckerberg.

In just 10 years, a scrawny kid from New York took the social media behemoth known as Facebook from a tiny dorm room in Harvard, to nearly every corner of the entire globe. Over this time, Mark Zuckerberg effectively helped spread Facebook’s popularity like wildfire, leaving everyone and their dog – literally – with their own account on the site.

But who’s the man behind this piece of Internet revolution?


Aside from a David Fincher-directed movie – of which Zuckerberg claims isn’t entirely factual – not a whole hell of a lot hits the tabloids regarding this 31-year-old billionaire. So to get a better idea of what exactly it is that makes this computing whiz tick, Rick Stella compiled a rundown of some of the most noteworthy events throughout Zuckerberg’s life. While not a comprehensive biography – Mark never responded to our request for an interview – this should help shed some light on one of the most influential people of the 21st-century.


Born May 14, 1984, in the small town of White Plains, New York, the Facebook co-founder is the second child born to parents Edward and Karen Zuckerberg. He grew up in the Westchester County village of Dobbs Ferry – some 25 miles north of New York City – with his eldest sister Randi, as well as his two younger sisters, Donna and Arielle. 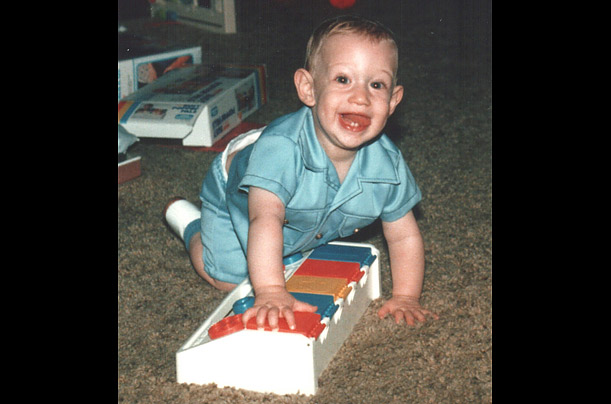 Mark Zuckerberg as a toddler.


Growing up, Zuckerberg cultivated a keen interest in all things computers, even going so far as to create a unique messaging application using Atari BASIC at age 12. The messaging system – aptly called “Zucknet” – saw consistent use as his dentist father used it to know when new patients checked in, while the entire Zuckerberg clan used it around the house to more easily communicate with each other.

After seeing his immense infatuation with computers continue to grow, Zuckerberg’s parents employed a private computer tutor to help their son further develop his skills. In short time, Zuckerberg started taking artwork created by his friends and turning it into full-fledged computer games; needless to say, coding came incredibly easy for the future social media billionaire.


The Phillips Exeter Academy, and turning down AOL and Microsoft:


Although Zuckerberg took a few graduate courses as a pre-teen, he still required a trip through high school and opted to attend the uber-exclusive New Hampshire prep school, Phillips Exeter Academy. While there, Zuckerberg dabbled in a few non-computer-related activities, like captaining the school’s fencing team and achieving a diploma in classic literature. 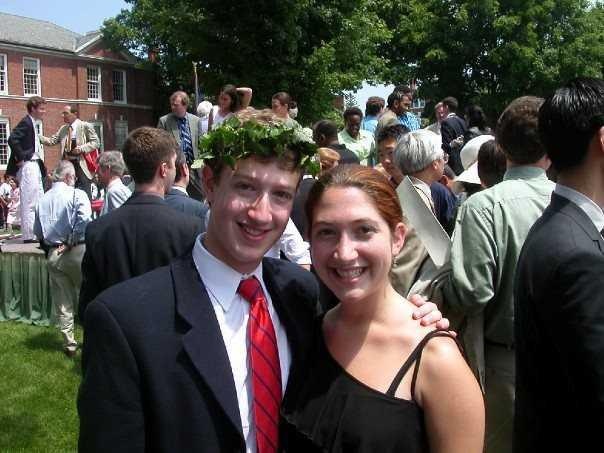 Zuckerberg at his high school graduation.


Despite adding to his already impressive repertoire of skills, Zuckerberg never shook his obsession with the personal computer and continued to tinker with ideas for new programs and applications. One such program Zuckerberg developed while at Phillips Exeter was a Pandora-style music streaming service he dubbed, Synapse. Because of Synapse’s massive potential – it could’ve very well been the streaming music standard – Microsoft and AOL came knocking on Zuckerberg’s door, armed with job offers and an interest in buying the software. He rejected both companies’ offers.


The Harvard years, and Facebook’s inception: 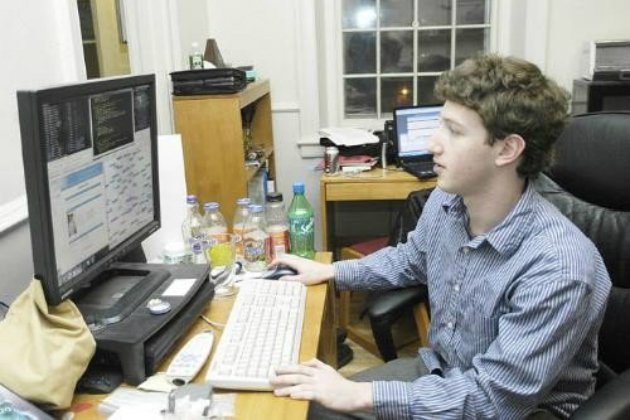 From one esteemed educational institution to another, Zuckerberg enrolled at Harvard University in 2002. Zuckerberg wasted no time in asserting his computer programming prowess while in school: He developed not one, but two online programs intended for use by the Harvard student body. The first program, an application called CourseMatch, helped students select classes each term by showing them what kinds of classes other students selected. The second program – called Facemash – gave users the ability to compare the pictures of any two students at a time, and then vote on which was more attractive (a complete 180 from CourseMatch, as far as usefulness goes). Nevertheless, by his second year on campus, the popularity and hype surrounding these programs allowed Zuckerberg to quickly become an authority on software development. 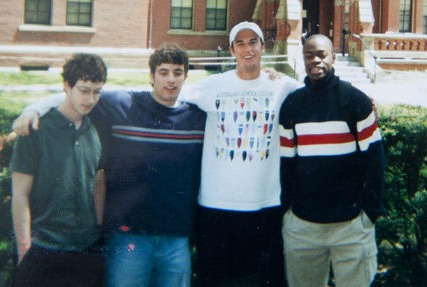 
After Zuckerberg’s stock as a computer programmer soared through the roof, several students contacted him regarding potential projects. One such group – made up of the famous Winklevoss twins and the lesser-known Divya Narendra – approached Zuckerberg about developing HarvardConnection (later known as ConnectU), a networking site geared toward helping upper-class Harvard students get dates. Though Zuckerberg initially agreed with them and began working on the site, he soon departed the project to begin his own social networking program with three of his friends. 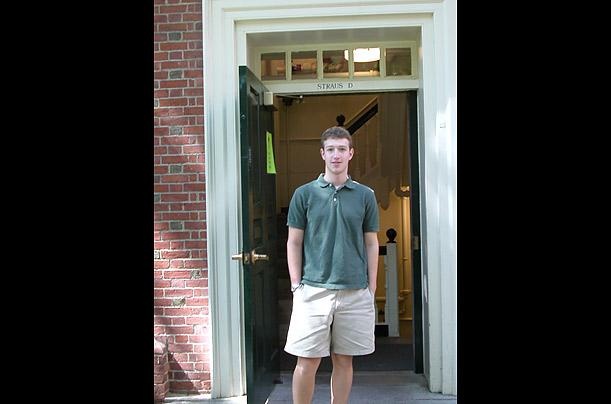 Zuckerberg standing outside his freshman dorm.


This new project – first called The Facebook – gave Harvard students the ability to publish their own profiles to the website, each chock-full of pictures and personal information. With the help of Eduardo Saverin, Dustin Moskovitz, and Chris Hughes, Zuckerberg successfully operated this new website out of a small on-campus dorm room, before eventually deciding to drop out of school to focus solely on the project. Zuckerberg and company then moved the group’s headquarters to Palo Alto, California, continuing to grow the popular program that attracted more than a million users, in just its first year.


With 100 percent of his attention devoted to growing Facebook, Zuckerberg took the next steps toward taking his multi-billion dollar idea all over the United States. After securing some $12.7 million from the venture capital firm Accel Partners, the Facebook team decided to open up the Ivy League-only site to other colleges, high schools, and institutions overseas. This expansion allowed the social media site to grow to an astounding 5.5 million users by the end of 2005 and prompted companies like Yahoo! and MTV to reach out to Zuckerberg about advertising. Unsurprisingly, he turned them down and instead chose to focus on growing the site’s features with outside developers. 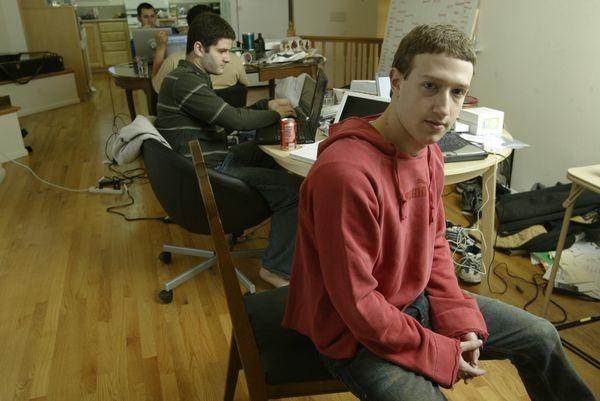 
Zuckerberg’s rise to fame as head of Facebook wasn’t without its pitfalls, however. In 2006, the creative team behind HarvardConnection – the Winklevoss twins and Narendra – contended Zuckerberg copied their idea when developing Facebook, and wanted Zuckerberg to pay their losses. After lawyers uncovered a series of damning messages sent by Zuckerberg insinuating he stole the idea for HarvardConnection, both sides reached an initial settlement amount of $65 million. However, the lawsuit hardly messed with Zuckerberg’s psyche and essentially became a small blip on his meteoric rise to fame.


Zuckerberg’s headaches didn’t stop with the HarvardConnection lawsuit, however. In 2009, author Ben Mezrich chronicled the wild rise of Facebook in his book, The Accidental Billionaires. The book, which serves as the basis for Aaron Sorkin’s acclaimed film, The Social Network, was condemned by Zuckerberg, who claimed the author concocted fake characters and set pieces that never occurred. Despite Zuckerberg’s disapproval, Sorkin still desired to buy the rights to the book for his movie, which went on to garner a number of nominations at the 83rd Academy Awards. 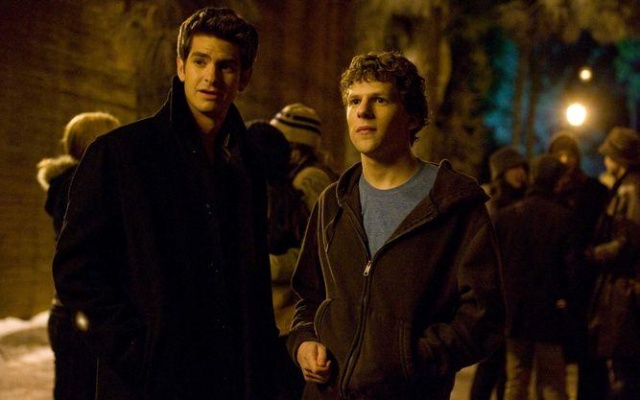 Jesse Eisenberg (right) as Mark Zuckerberg, and Andrew Garfield as Eduardo Saverin in The Social Network.


Although the movie shined a particularly harsh light on Zuckerberg – as well as the entirety of Facebook and its genesis – he did admit the movie got something right. Each fleece or T-shirt Sorkin outfitted actor Jesse Eisenberg in, were actual clothes Zuckerberg claims to have owned at one point in his life. Around the height of the movie’s popularity, Zuckerberg often joked about how the movie got a lot of his story wrong, but it also got some random details absolutely right.

The wake of the movie did little to rock Zuckerberg or Facebook’s boat, as each’s popularity continued to grow to astronomical heights. In 2010, Time magazine named Zuckerberg its “Person of the Year,” while Forbes ranked him the No. 35 billionaire, stating the young man to be worth an astounding $6.9 billion. It seemed Hollywood was no match for Zuckerberg’s inherent power and popularity of Facebook.


In May of 2012, Zuckerberg took the company public, offering 421,233,615 shares of common stock on the NASDAQ Global Select Market. Zuckerberg explained the idea of going public as a way of giving back to the people who helped build and invest in Facebook, claiming the best way to pay someone back is through equity and options. At the time, Facebook made history by becoming the biggest initial public offering for a technology company, with an IPO size of $16 billion – a benchmark only later eclipsed by Alibaba’s IPO. 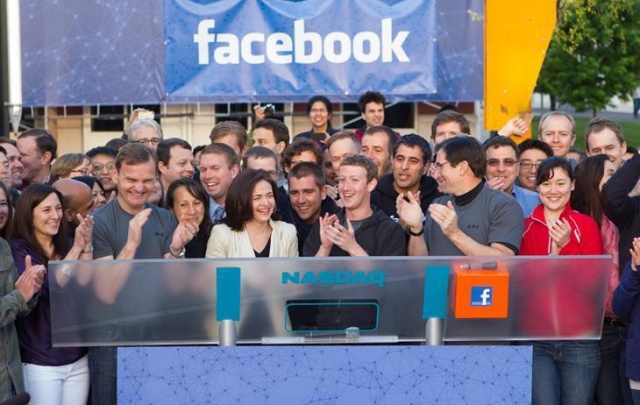 
Zuckerberg earns $1 per year as Facebook’s CEO, but he isn’t hurting for cash: He holds roughly one quarter of the company’s stock, while also retaining 57 percent of Facebook’s voting shares.

Just one day after going public with Facebook, Zuckerberg married longtime girlfriend Priscilla Chan at their Palo Alto-area home. Around 100 guests attended the event under the assumption the couple were celebrating Chan’s recent graduation from medical school, only to be surprised at Zuckerberg and Chan’s impending nuptials.
Mark Zuckerberg and Priscilla Chan 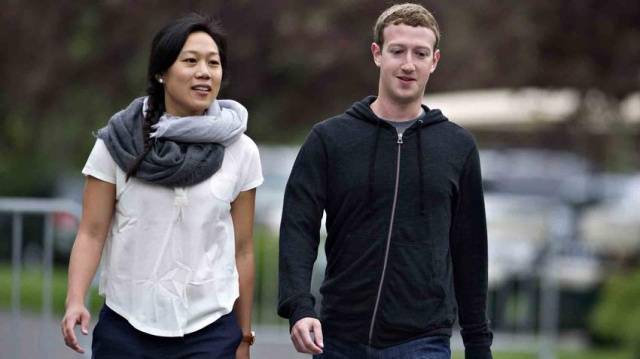 
Though he possesses a sizeable fortune even Scrooge McDuck would envy, Zuckerberg is not the least bit a selfish billionaire. In the years since becoming uber-rich, he routinely played the part of philanthropist, giving hundreds of millions of dollars to various organizations and charities. In 2010, Mark donated $100 million to the Newark public school system in New Jersey (although that effort was fraught with issues afterward), and also signed the Giving Pledge – of which Bill Gates is a notable member – in which he intends to give half of his total wealth to charity during his lifetime. Zuckerberg also called on other young millionaire and billionaires to do the same, saying they’re in a unique position to have the opportunity to see the “impact” of their efforts. 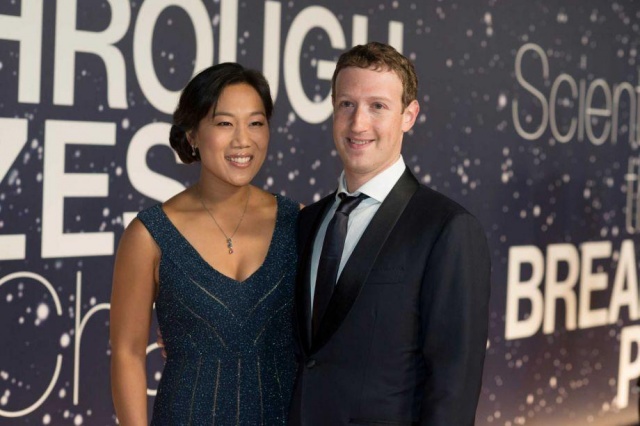 Announced via a Facebook post – how fitting – on July 31, 2015, Zuckerberg told the world his wife Priscilla was pregnant with the couple’s first child, a baby girl. In the post, Mark admitted the couple had tried conceiving a baby for some time, and even revealed they had endured three miscarriages in the process. Though a due date wasn’t shared, he did add the pregnancy is far enough along that the “risk of loss is very low.” He even went so far as to say the baby gave him a thumbs up “Like” during an ultrasound, which showed him she’s already taking after the family business.


Today, Facebook enjoys roughly 936 million daily active users – with that number jumping to 1.44 billion for active monthly users – which shows just how significant Zuckerberg’s empire continues to be. With an emerging video service, a new office in Africa, and it becoming the “ultimate communication technology,” Facebook continues to build on its already impressive formula, further adding to its status as the king of social media. 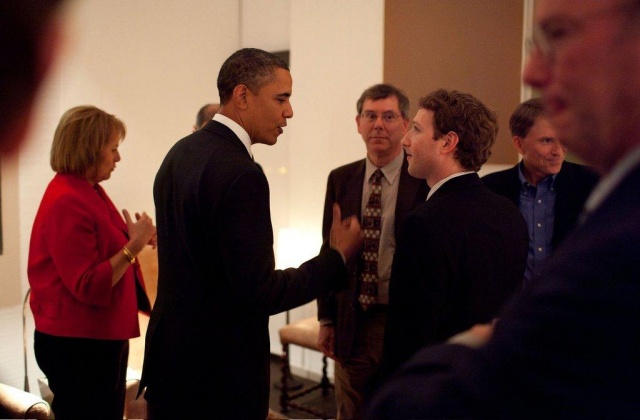 For Zuckerberg – who leads a (somewhat) modest life with his wife but still finds time to meet the President – continuing to build his Facebook empire and spread goodwill around the world is his chief concern. Considering what he’s accomplished in just a little more than 10 years since Facebook’s inception, it seems abundantly clear: few things will stand between Zuckerberg and accomplishing whatever he desires.

Keep doing you Mark, only the world is watching.