“Indian Army” — When we utter these two words, our heads get down with respect and gratitude to their sacrifice and nobility. From the icy terrain of Himalaya to the scorching heat of desert, they guard us as their family all day and night without complaining.

A collection of Inspirational Army Quotes by Soldiers of Indian Army. These are quotes by Indian Soldiers who have got awarded with Prestigious Bravery awards like Param Veer Chakra, Ashok Chakra and also includes quotes from people like Field Marshal Sam manekshaw.

“Our helicopter rotors will not stop churning till such time we get each one of you out. “

Indian Army is home to some of the bravest men in the world. Indian army is world’s third largest and its soldiers are considered best in high altitude battles. The Indian Army guards one of the most notorious international borders. Indian northern border behaves like a battle-field all around the year. But, thank the gods & the Indian soldiers, you can safely read this post. No one deserves the title of a ‘hero’ more than a soldier. The brave men and women at the Indian army stay away from their families, miss every significant thing in their lives and sacrifice their lives just so that you can be with your loved ones and sleep peacefully at night.

Here are 20 inspirational quotes from Indian soldiers that will make you want to stand up and salute them:

There will be no withdrawal without written orders and these orders shall never be issued.
-Field Marshal Sam Manekshaw (as Core Commander in 1962). 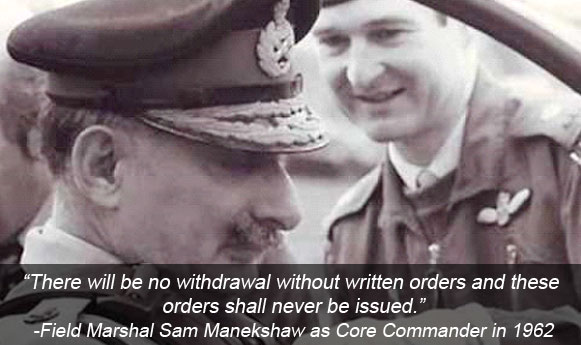 You have never lived until
You have almost died,
And for those who choose to fight,
Life has a special flavor,
The protected will never know!!! 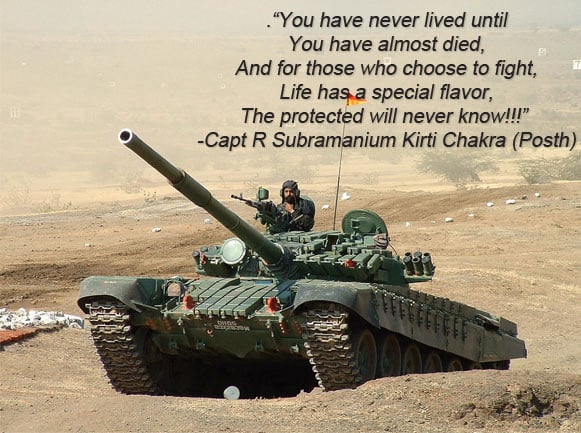 Quartered in snow, silent to remain. When the bugle calls, they shall rise and march again.

– The scroll of honour at the Siachen base camp 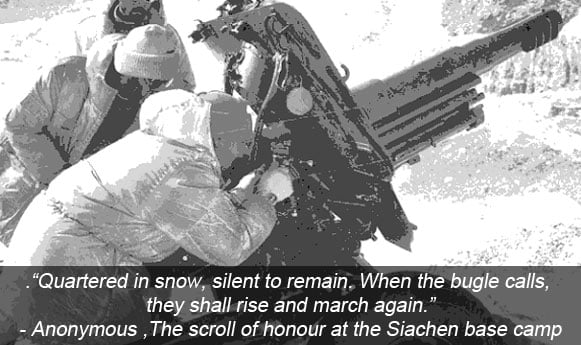 If a man says he is not afraid of dying, he is either lying or is a Gorkha.
– Field Marshal Manekshaw on the fearless military prowess of the Gorkhas. 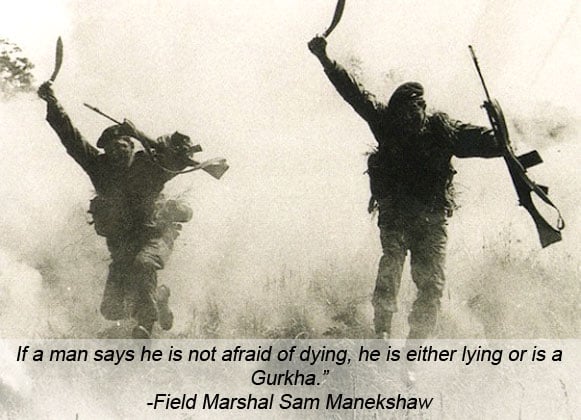 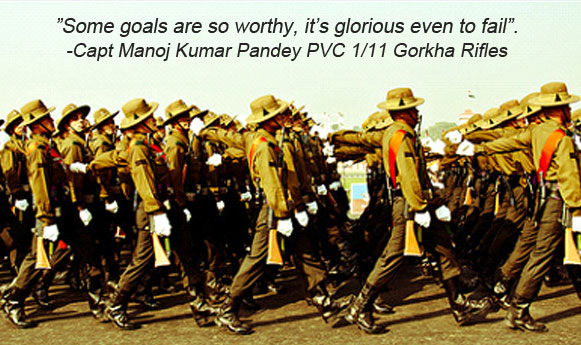 I wonder whether those of our political masters who have been put in charge of the defence of the country can distinguish a mortar from a motor; a gun from a howitzer; a guerrilla from a gorilla, although a great many resemble the latter.
– Field Marshal Sam Manekshaw 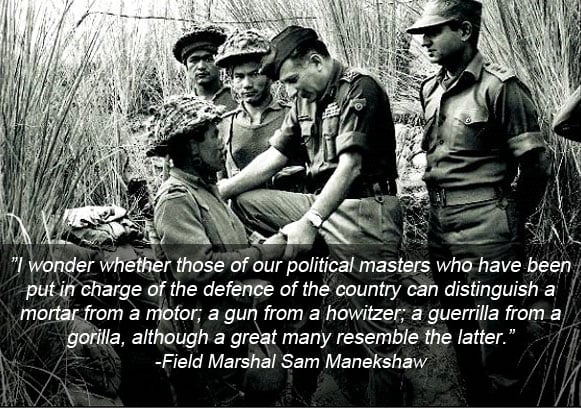 The enemy are only 50 yards from us. We are heavily outnumbered. We are under devastating fire. I shall not withdraw an inch but will fight to our last man and our last round.
Major Somnath Sharma — 4th Battalion, Kumaon Regiment 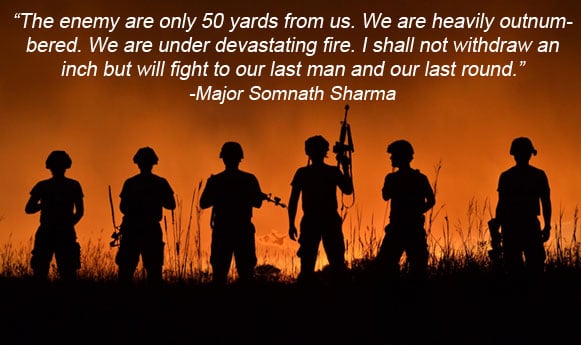 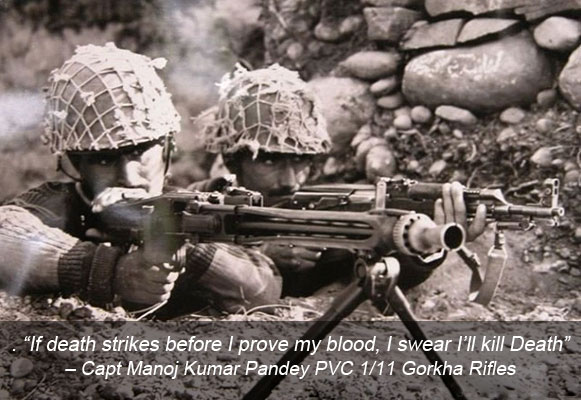 No Sir, I will not abandon my tank. My gun is still working and I will get these bastards.
– Lt. Arun Kehtarpal 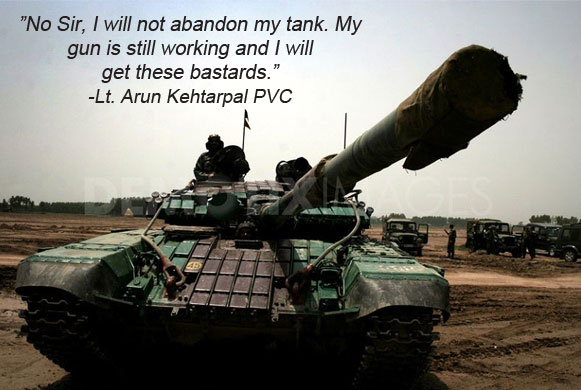 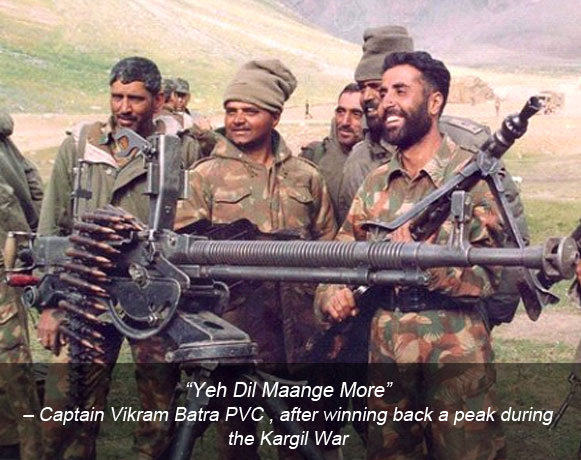 Only Best of the Friends and Worst of the Enemies Visit Us.
– Indian Army 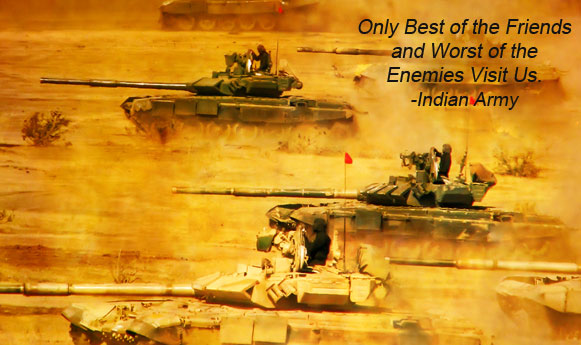 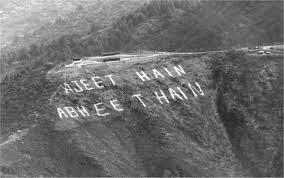 Which means “Indomitable, we are. Fearless, we are.”

Do not lament the death of a warrior in the battlefield. As those who sacrifice their life in the war are honoured in the heaven. 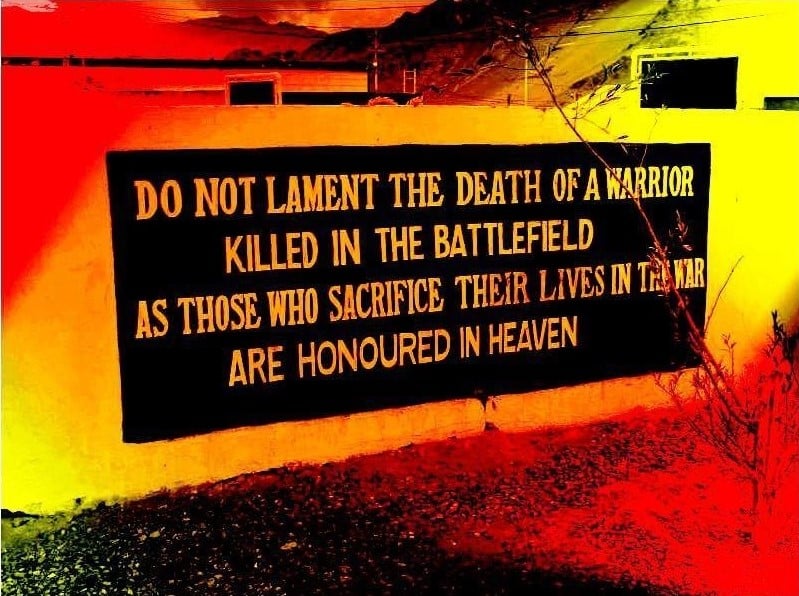 May god have mercy on our enemies, because we won’t. 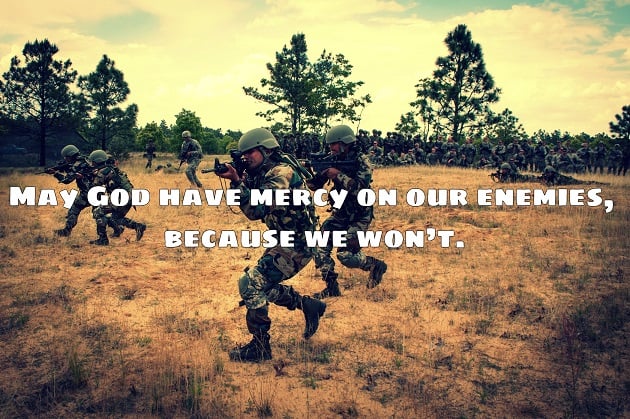 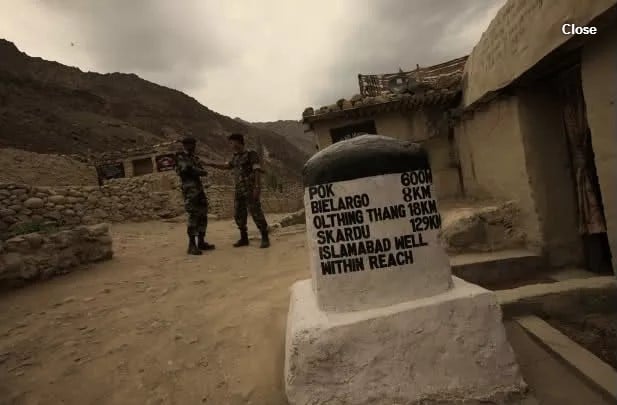 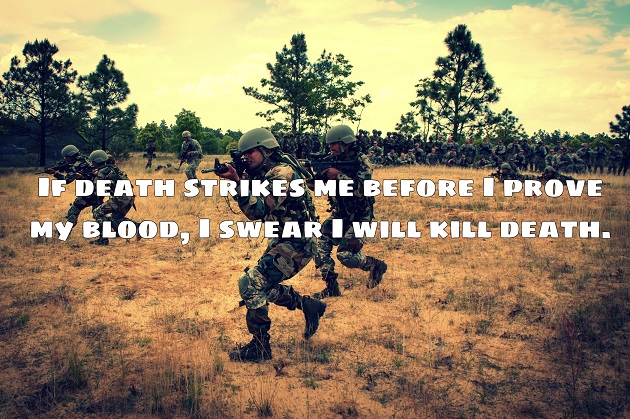 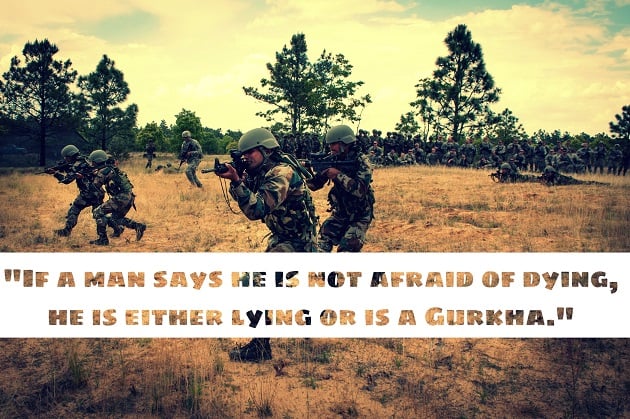 What is a life time adventure for you is a daily routine for us. 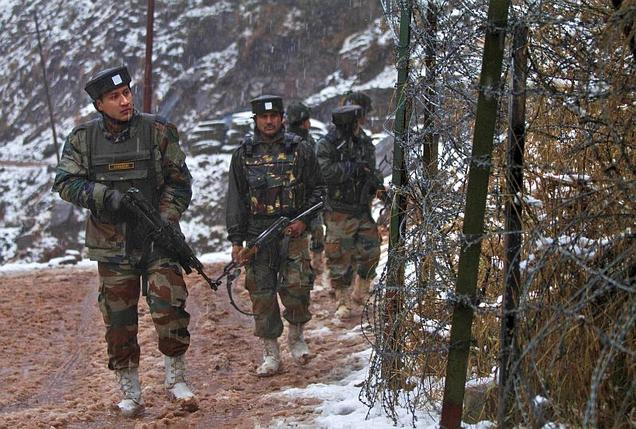 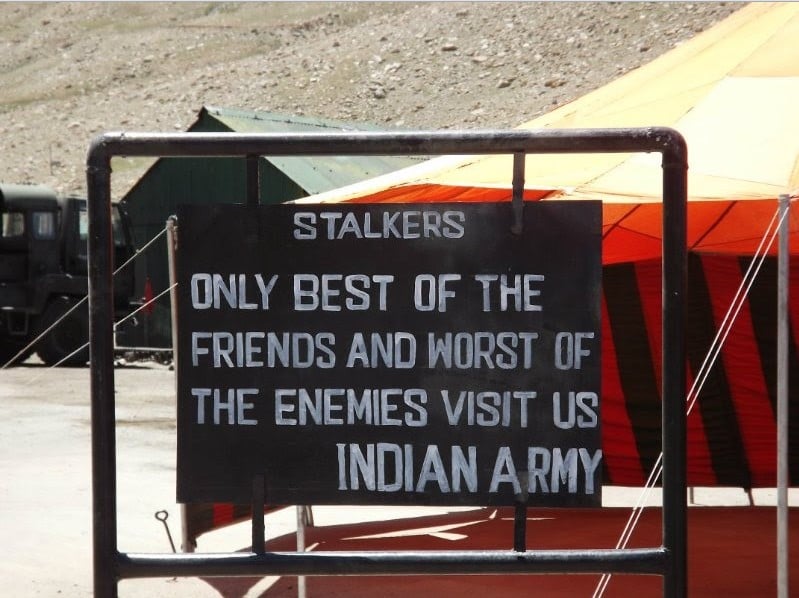 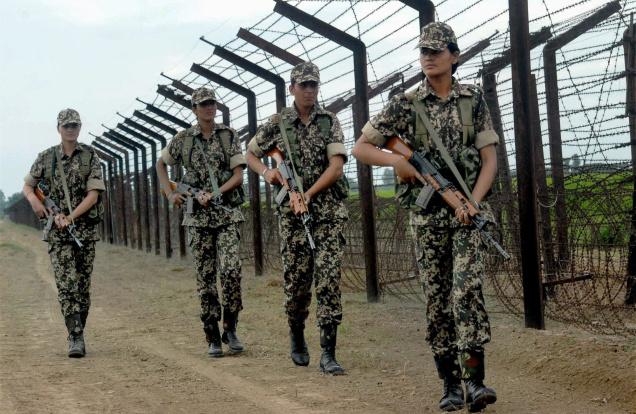 While you carry a purse, she carries a 65 lb rucksack.
While you shop with your friends, she cleans her rifle with her battle buddies.
When you wear heels, she wears her combat boots.
Instead of the make-up that you wear on your face to make yourself look pretty, she paints her face for camouflage.
While you kiss your husband goodbye for the day, she kisses hers goodbye for the year.

Don’t forget about the women who serve our country and protect our freedom!
God bless Indian troops

Some Of The Other Quotes & Saying On Indian Army :

Many changes have taken place but one change remains the same that is your Task & Duty. You are required to ensure the security of this country against all the odds.

What does that means to you?

It means you should have to fight & fight to win , there is no roof for the losers . If you lose don’t come back , you will have disgraced the country & the country won’t accept you

If I Die In A War Zone,
Box Me Up N Send Me Home,
Put My Gun On My Chest,
N Tell My Mom I Did My Best,
N Tell My Dad Not To Bow,
He Will Never Get Tension
From Me Now,
Tell My Bro Study Perfectly,
Keys Of My Bike Will Be his
Permanently,
Tell My Sis Don’t Be Upset,
Her Bro Will Not Rise After This Sunset,
Don’t Tell My Friends They Are Hearties,
N Start 2 Ask For Parties,
Tell My Love Not To Cry…
“Coz I am A Solider..and I am born to Die”

Time is everything, 5 minutes can make a difference between Victory and Defeat.

Forgiving or punishing the terrorists is left to God. But, fixing their appointment with God is our responsibility.

I will come back either after hoisting the flag or being wrapped in the flag.
– Captain Vikram Batra

A soldier lives by chance, loves by choice and kills by profession.

You become an adult at 18, Serve in Indian navy for 10 years and become a man.

When you go home, tell them of us and say, for their tomorrow, we gave our today.
– Indian Army

In matters of war, it’s a brave man, a brilliant man or a stupid man who speculates.
– General Sundararajan Padmanabhan

If victory is certain, then even a coward can win,
But the REAL BRAVE dares to fight,
Even when he knows his defeat is certain,
Victory is reserved for those who are willing to pay it’s price.

Reputation is what people think you are….
Personality is what you appear to be….
Character is what you really are…

The Sentinel Hills,
That round us stand,
bear Witness that,
We loved our Land.
Amidst shattered rocks,
and flaming pines,
we fought and died,
on Namti plain.
O lohit gently by us glide,
Pale stars above palely shine
As we stood here,
In sun and rain.
– Walong War Memorial (Arunachal Pradesh) in remembrance of soldiers died in Battle of Walong 1962.

No Agony, No Pain, Shall Make Me Cry
Soldier Was I Born
Soldier Shall I Die
I Live By Chance
Love By Choice
And Killer By Profession
We miss home
because we save homes…

What is the next thins you need for leadership? It is the ability to make up your mind to make a decision and accept full responsibility for that decision.
– Field Marshal Sam Manekshaw

10 Inspirational Quotes To Enrich Your Life

89 Amazing Paulo Coelho Quotes on Love, Life And Happiness That Will Change Your Life!!

9 Most Inspirational Quotes For Your Life From Dr. APJ Abdul Kalam