A Japanese company and a North American company decided to have a canoe race on the St.Lawrence River. Both teams practiced long and hard...
Read more

Destroying tanks with Water. In the 1965 India-Pakistan war, Pakistan had an upper hand in the initial stages of the war, main reason of that being its much superior weaponry. One of the areas where Pakistani weapons were almost a generation ahead of India's were armored vehicles, more specifically tanks. Years of USA benevolence had equipped the Pakistani army with M-47 and M-48 Patton tanks, the most advanced tanks of its time.The Indians had to do with World War II era M4 Shermans, as well as 1945 vintage Centurion and light AMX-13 tanks. The Pattons had higher calibre and increased range guns as well as better armor and outclassed the Indian tanks in every attribute.

Naturally, Pakistan plans had heavy dependence on its powerful armored corps. As part of this strategy, on 8th September 1965,  the Pakistani army's (PA) 1st Armored Division (6 tank regiments) and 11th Infantry Division launched a major offensive in the Khem Karn area of Punjab with more than 220 Patton tanks, composing about a 3rd of their armored corps. The goal of this offensive was to capture large tracts of plains in Punjab and use that a bargaining chip for exchange of land in Kashmir. The plan was flawless, however Indian ingenuity converted this massive armored assault into the single largest graveyard of US made weaponry, post-World war II. 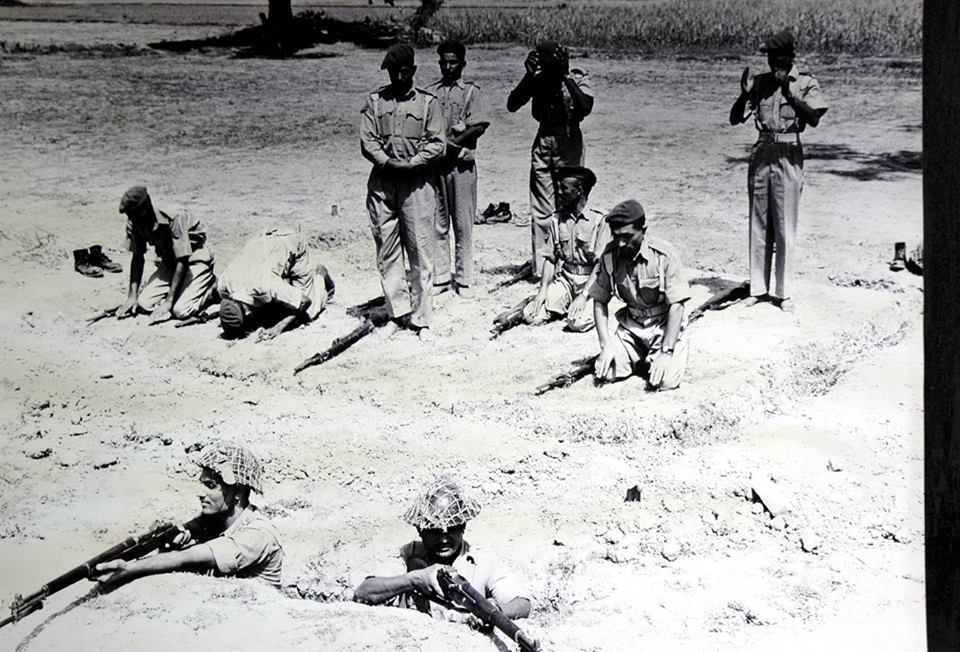 The Khem Karn area was under Indian army's (IA) 4th Mountain Division, led by Maj. Gen. Gurbaksh Singh and had few artillery regiments and 3 tank regiments under its command each with  45 tanks of Sherman, Centurion and AMX-13 make. An Indian scout party detected the progress of  PAs 1st Armored Division, and realizing there is no way his forces can withstand this assault, Maj. Gen. Gurbaksh Singh ordered all Indian formation to withdraw from the path of the strike force. However, rather than a full withdraw he rearranged his forces in a U shaped formation around the town of Asal Uttar which was further into Indian territory. This allowed Indian forces to surround the invading forces from 3 sides, and retain the option of a surprise assault on Pakistani forces, as they crossed into the deeper end of the U formation through Khem Karn totally unopposed.  The Pakistani's were delighted and thought all Indian forces has withdrawn with several Pakistani officers even stopping for Photo-Ops in Khem Karn. Then they continued their forward thrust and stopped before the town of Asal Uttar to start their assault the next day (Both the Indian and Pakistani tanks didn’t have night fighting capabilities at that time). 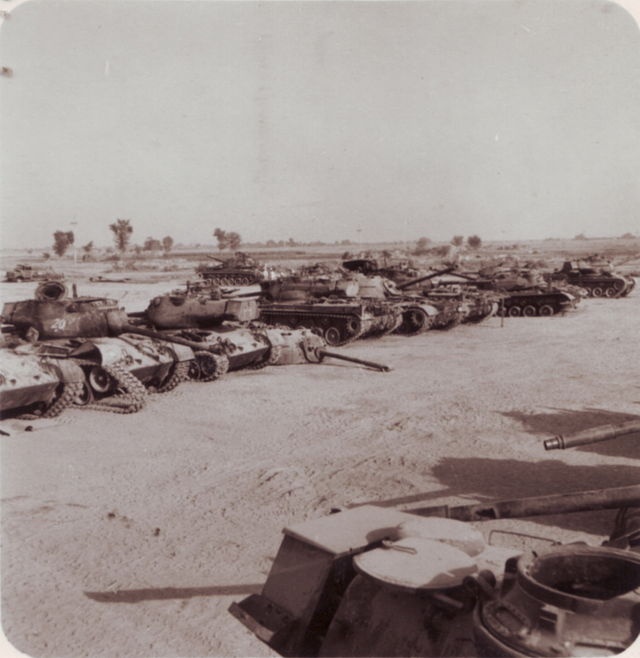 Now the region around Khem Karn is composed of porous fertile soil and the region is a major sugarcane growing region of India. During the time of the attack all the sugarcane fields were mature. The tall sugarcane grass allowed the Indian forces in the U formation to remain hidden and allow its tanks to be much closer to the invading forces, blunting  the advantage of the higher range guns of the Patton tanks. However, with its higher calibre gun and powerful engine the Pattons could still break through any defensive formation. The Pattons had to be immobilized, somehow !

On the night of September 9th, Indian troops were told to flood the Sugarcane fields in the path of the PA formation towards Asal Uttar. Large water tanks as well as water from a canal were used to flood all the fields. The porous soil of the sugarcane plantations soaked up all the water like a sponge.

Next morning, the Pakistani armored division continued its movement. The Indians waited. Very soon, the forward columns of Patton tanks started to cross the flooded sugarcane fields. The thick armor makes the Patton a very heavy tank and very soon due to their excessive weight, the Pattons started to sink into the ground right up to its turret, in the spongy porous soil. The flooding of the fields has converted the sugarcane fields to a swamp. When the forward columns was made immobile, other tank columns following it could not move ahead. PAs 1st Armored Division was effectively immobilized ! At this time artillery, infantry and tanks of 4th Mountain Division commenced a massive fire assault. Being stuck in the 'swamp', the Pattons were sitting ducks and the sugarcane field hid the direct source of Indian fire.

At close range the Patton's armor was unable to withstand the force of the incoming projectiles and gave away. By the end of the day more than 170 Patton tanks were destroyed or abandoned, and 11 of them were captured by Indian forces in intact condition. Indian losses stood at 32 tanks.

The event called the Battle of Asal Uttar, was the largest tank battle after WW II. This place also got the name as Patton Nagar (Graveyard of Pattons), and several of these Patton tanks still stand as war trophies in several Indian army establishment across India today. While Pakistan still had a superior Air Force, with the advantage of its armor blunted, Pakistan could never recover leading to its major city Lahore almost being captured before a cease fire was declared. 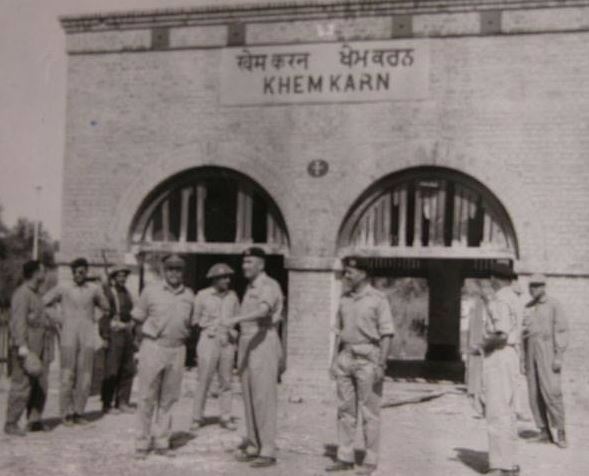 
The battle of Asal Uttar is taught as a battle strategy in all major war colleges in the world. Another significance of this battle was that Gen. AS Vaidya, who commanded an IA tank regiment as a Lieutenant  Colonel would lead to command the Indian Army. Also Gen. Pervez Musharraf who became the head of state of Pakistan was also part of this battle as a Captain, some people say it was the loss here that prompted him to avenge it in the Kargil War. Also QM Abdul Hamid of Indian Army, was posthumously awarded India’s highest gallantry award as he destroyed 7 Patton tanks using one recoil-less gun in this battle.

NOTE: Specific details of this information has been sourced from multiple places including Wikipedia. The number of Indian and Pakistani tanks lost is incorrect in Wikipedia. Dispered Indian Army resources as well as The Consortium of Indian Military and Defence Websites has  more accurate details.