17 modern sculptures, We can fall in love with

Traveling to other countries, it is impossible not to draw attention to the work of talented sculptors who created from a piece of stone and metal work of art. In this collection we have decided to tell you about the best masterpieces of the human imagination that adorned the streets of cities around the globe. 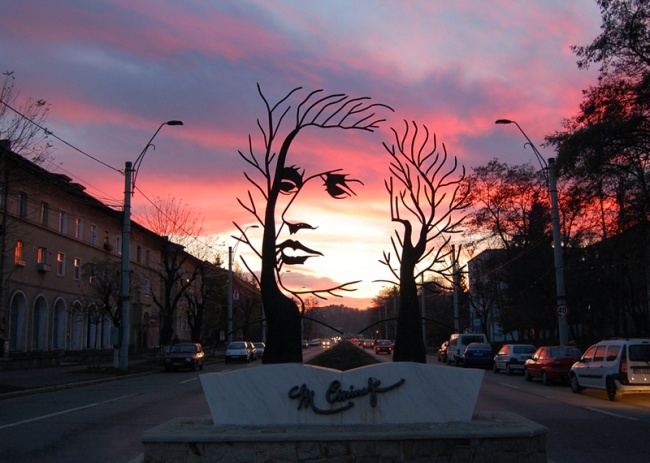 
Name Mihai Eminescu is today considered a saint for all Romanians and Moldovans. In honor of him and installed the sculpture, which is even more beautiful at sunset. 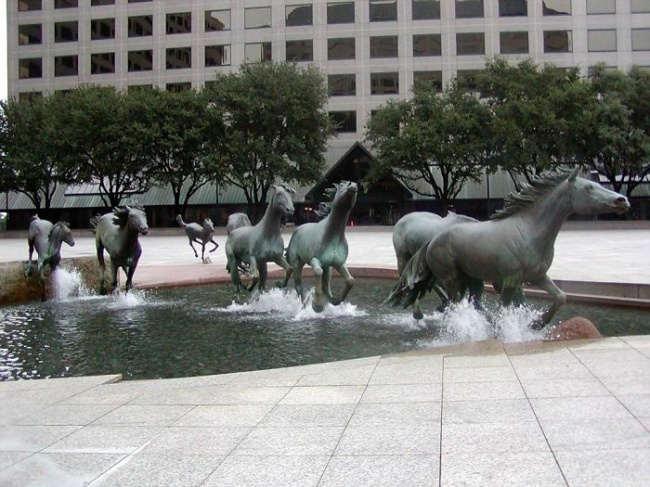 Size bronze mustangs and a half times greater than their actual size. The basic idea of ​​the sculpture – pass driving force initiative and unfettered spirit that were inherent in Texas during its development. 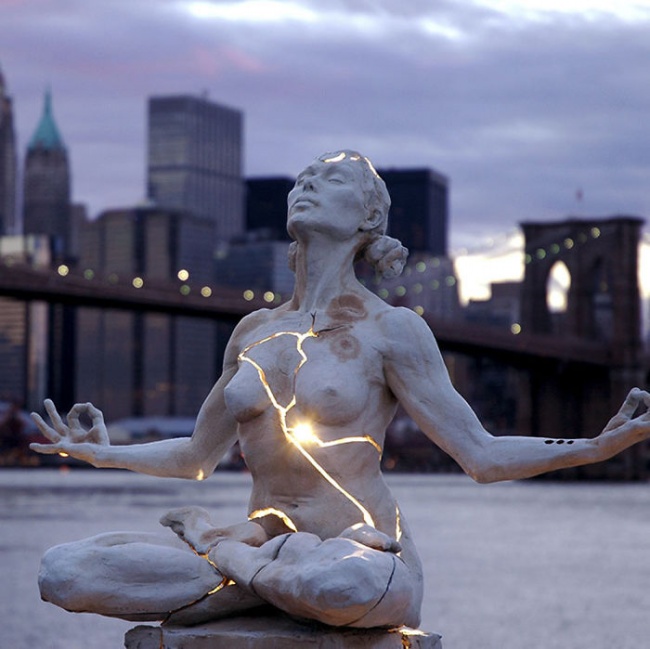 
It's an amazing song is currently considered one of the greatest masterpieces of modern art. The sculptor Paige Bradley said that "Expansion" was the result of her reflections on the critical attitude of the public to sculpture depicting a man. 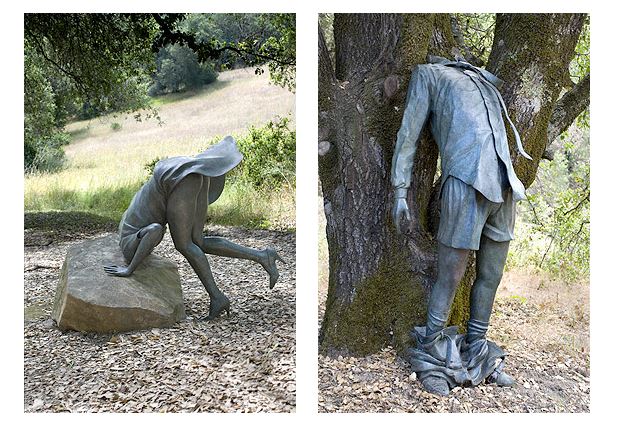 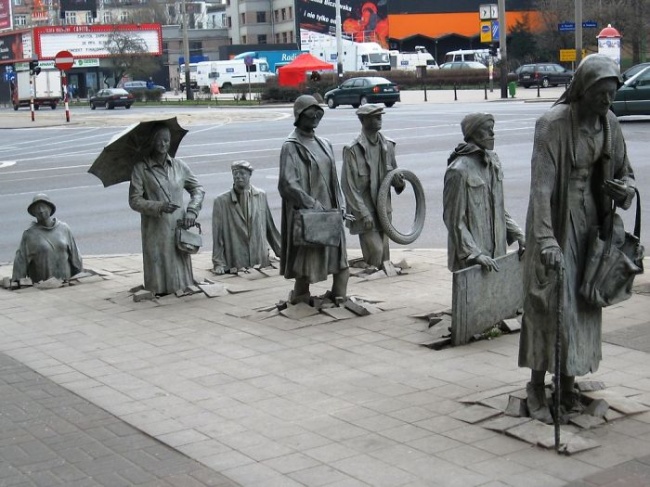 © Anonymous Panda
Poland – a country who have borne many difficulties and hardships. This monument is dedicated to the victims of the law on the military situation. 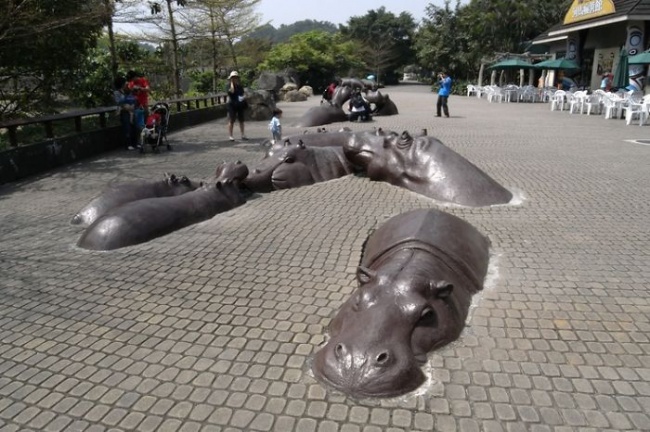 
Sculpture of hippos at the Taipei Zoo is a sign of how important to protect wildlife.


Boots on the banks of the Danube, Hungary © Lýdia Melnová
Monument shot Jews of Hungary. It was established in 2005. 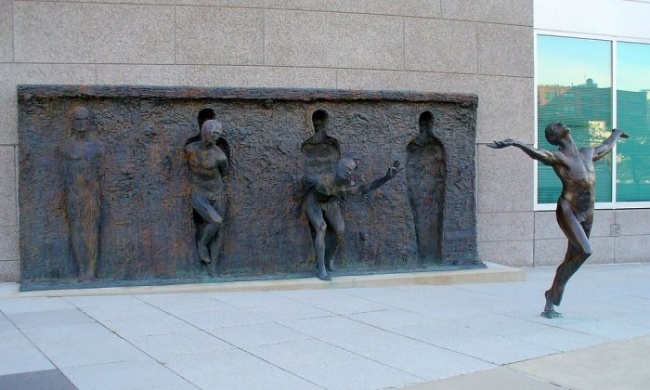 © Julija K.
Urban sculpture Zenos Frudakisa depicts one man who stands out and step separated from the gray mass of people, arms and legs. 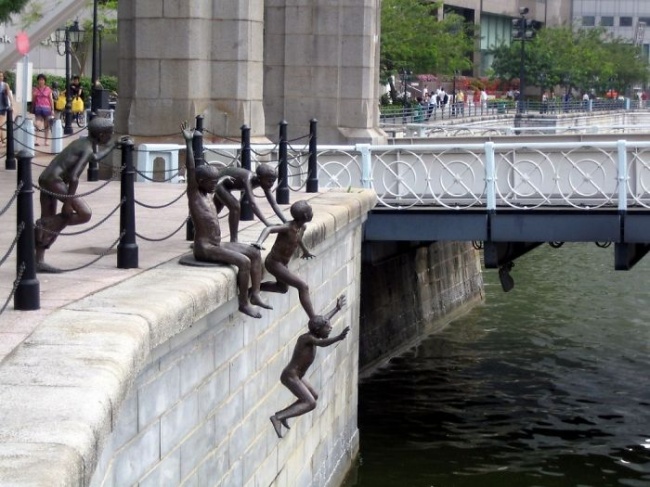 © linadavidaviciute
"Bathing Boys" are part of a series of monuments «People of the River», which depicted the life of early inhabitants, who settled along the river.


Memorial to the Jews, Krakow 
Chairs recall that during the expulsion of the Jews in the ghetto, the street takeaway all the furniture out of the houses, so that nobody in the house hid the babies. 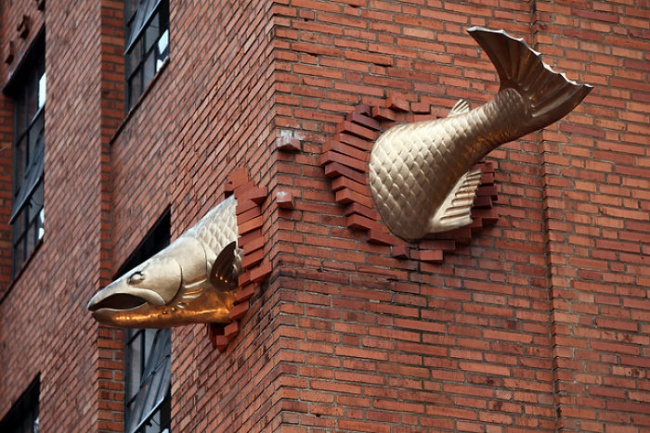 © Ava Hirschsohn
Sculpture Salmon in Portland has broken through one of the city's buildings. 
9-meter-high sculpture made of bronze, stainless steel and marble, appeared in 2007. "This spider – dedicated to my mother, who was my best friend – says Louise Bourgeois sculptures. – Like a spider, she was a weaver. " 
The construction lasted 7 years. Sculptures reach a height of 30 meters and marks a succession of Scottish industry and the economy of the horses, draft horses pulling wagons, plows and barges.


The road of freedom, Vilnius 
"The Road of Freedom" – a sculpture dedicated to the twentieth anniversary of the restoration of the State of Lithuania and invites all residents of the country to continue the path of freedom and unity. © Aurimas Steponavičius
The sculpture was created from discarded red telephone booths K6 classic model. It marks a symbol of the era, which, unfortunately, disappearing, replaced by machines for mobile phones. 
The Great Famine in Ireland has left a big mark in the history of the country. In the few years of famine it has lost 20-25% of their population. Victims of terror and dedicated a monument in the center of Dublin. 
As stated by the author of the monument sculptor Lazarov, fairy-tale characters he created in order to please the kids – very close to a swimming pool where children are trained.