The world is a bizarre place where harsh realities run abound. As much as we try to ignore them, here are some images by artists who would like to appeal to our subconscious mind.


1. The evolution of the modern man.


2. Standing up against dictatorships and authoritative powers. 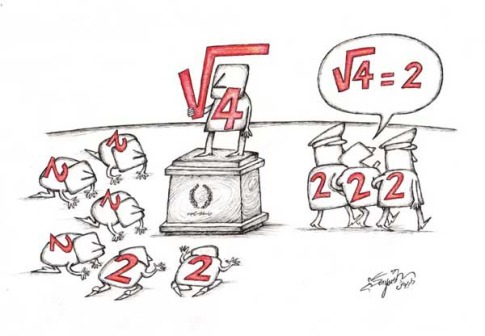 After all, aren't they people like us too?
dictatorship cartoon
funny-pictures.picphotos


3. What really goes into making our world go round? 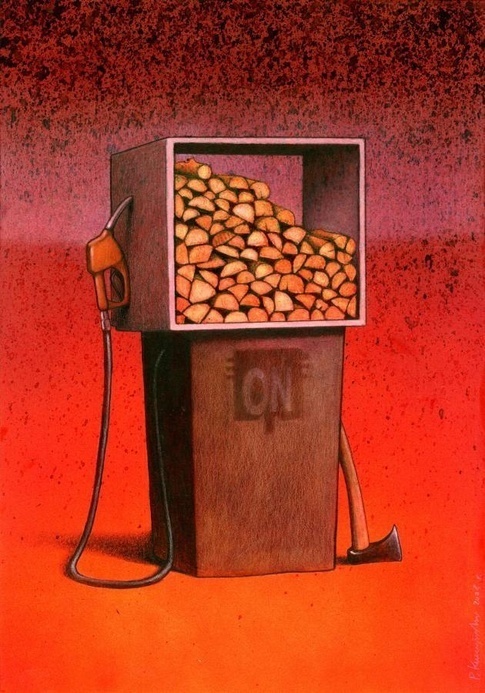 
4. What politicians say are not what they do. 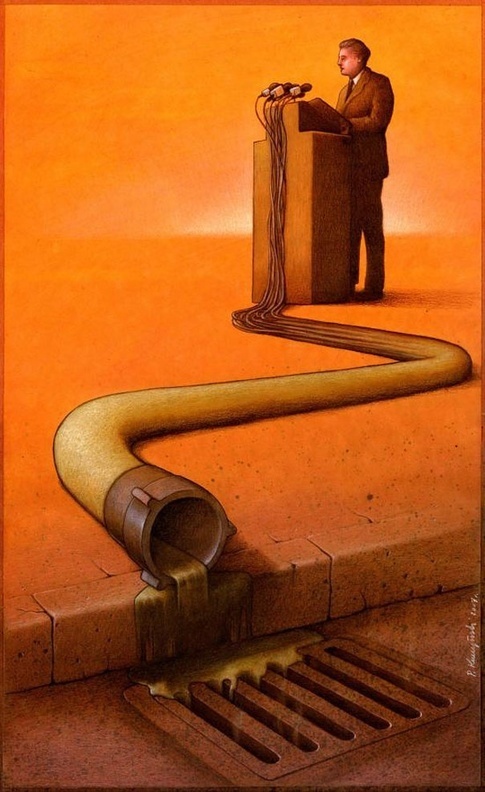 It's just a waste of their own breath.
Politician fake promises
Pawel Kuczynski


5. Down with one tyrant, up with the next one. 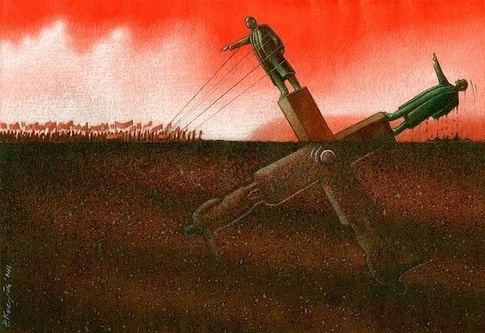 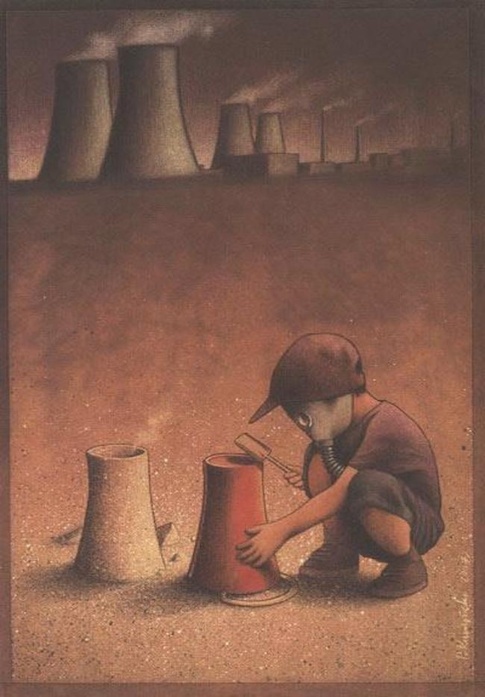 
7. Empty vessels make the most noise. 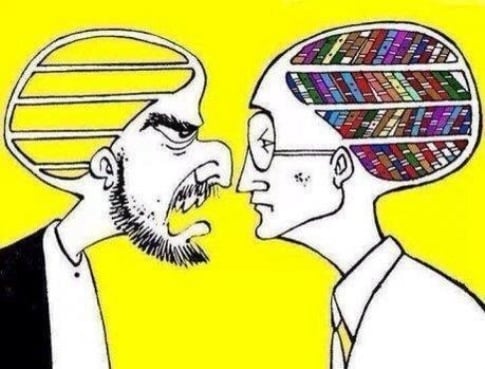 
8. What you can achieve by dedicating 1% of your time every day of the year.


9. The reality in nations like North Korea, where starvation is an everyday problem. 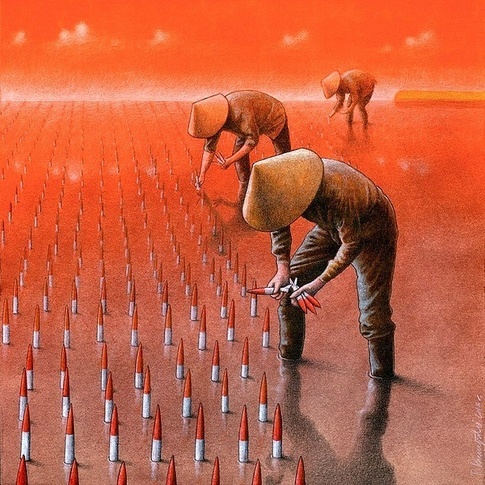 
10. In a man's world, this is what some women have to go through to reach the top. 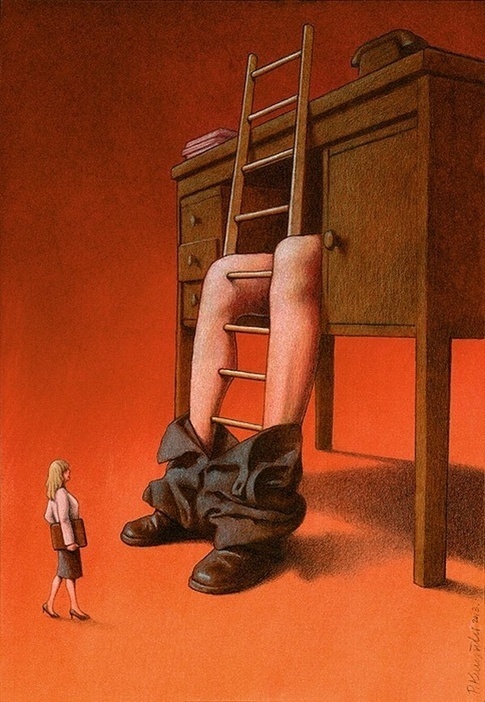 
11. What happens to the handicapped? How the handicapped are treated
Pawel Kuczynski


12. How people are herded to vote for one particular party. 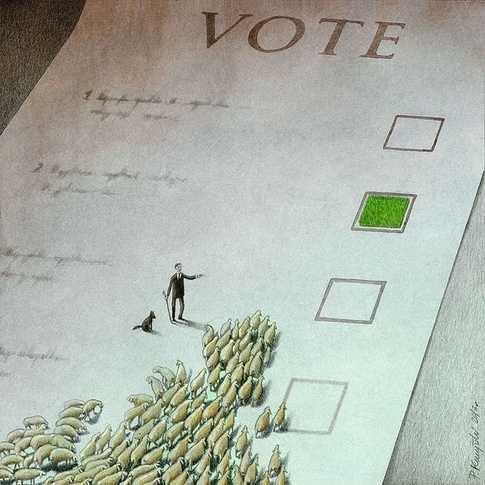 
13. Governments trying to cover up the bad elements of society. 
15. A fine line between freedom and slavery. 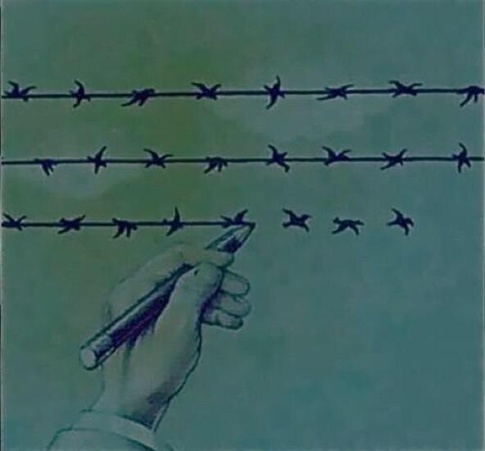 
16. There's always something behind the mask. 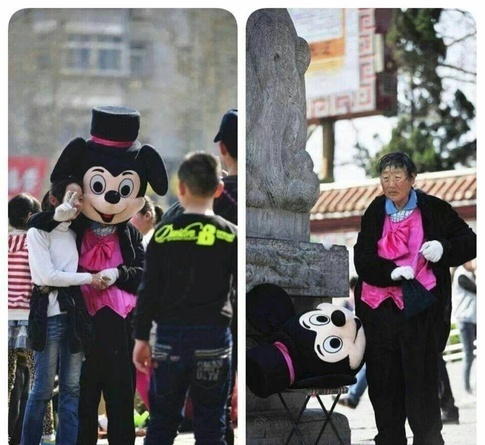 
18. Even optimists tend to be judgmental. 
19. What Facebook has been preventing us from doing all this while. 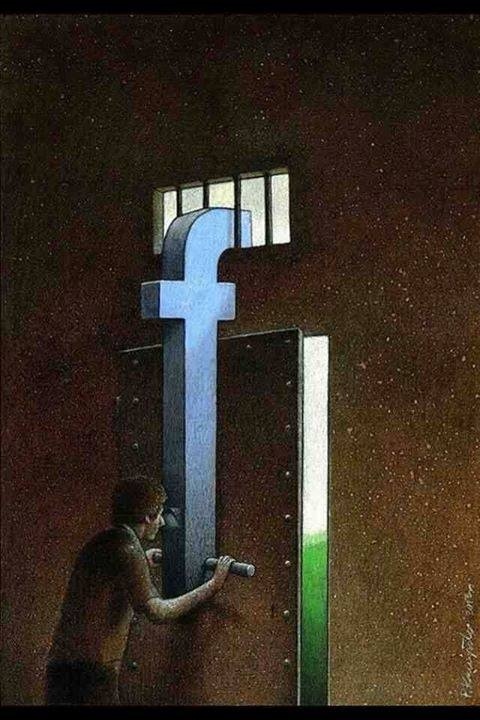 Going out into the world and seeing it for ourselves.
facebook -Pawel Kuczynski


20. Birds are losing their homes and their lives, all because of that small device in our pockets.