This Time we have found something very big & amazing for you on internet. I was shocked after seeing these pictures, some of the them are just jaw dropping. Here is collection of  giant animals found on earth, Bigger animal’s photos. 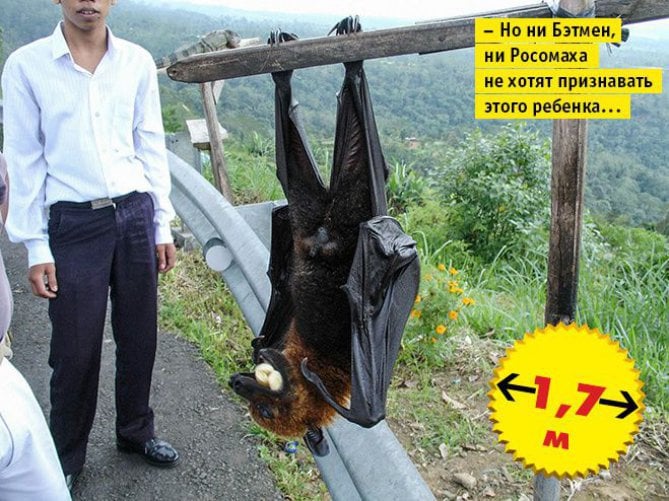 At first it seems like this photo is from the news agencies, under the title “ Drunk Dracula refused to leave the scene of an accident .” This is actually a member of the family Megabat or flying foxes, in their natural habitat on the Malay Peninsula. Megabat can be 42 cm in length and span of their wings sometimes equal to 1.7m. Therefore people love, admire and feed them, as shown in the photo. 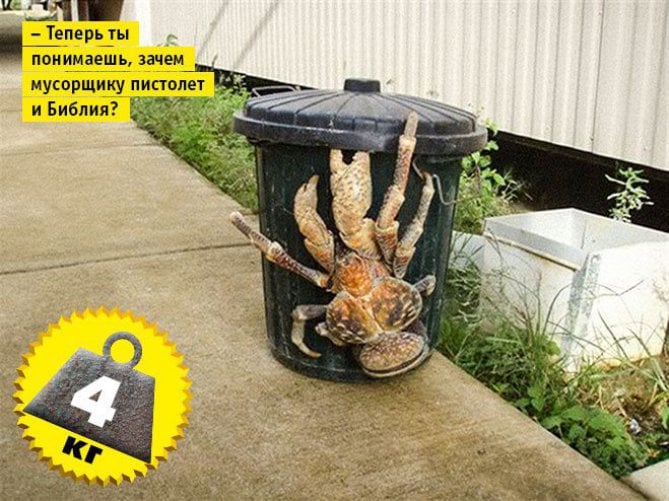 In front of you is one more argument in favor of the disposal of garbage. The Coconut Crab is one of the largest terrestrial arthropods in the world. Unlike typical crabs, it lives on land and can climb on walls and trees. For a long time it was thought that this crab could cut coconuts from palm trees, for which it was given the nickname “The Palm Thief.” 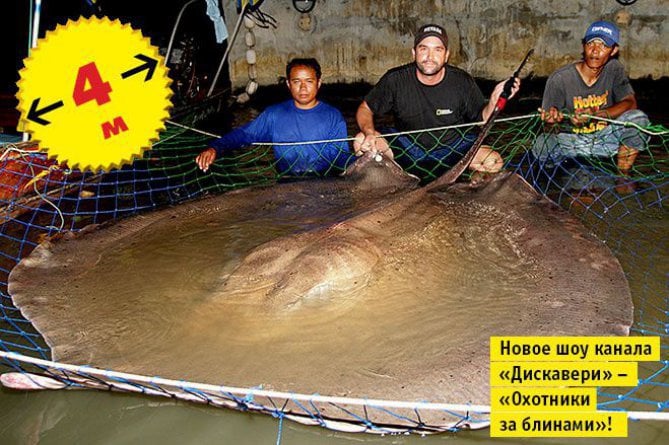 Giant freshwater Stingrays in exceptional cases can be up to 4 meters in length, so that in the background these averaged sized Thai nationals make this Stingray look particularly huge. It is a pity that this giant of the sea has become an endangered species. 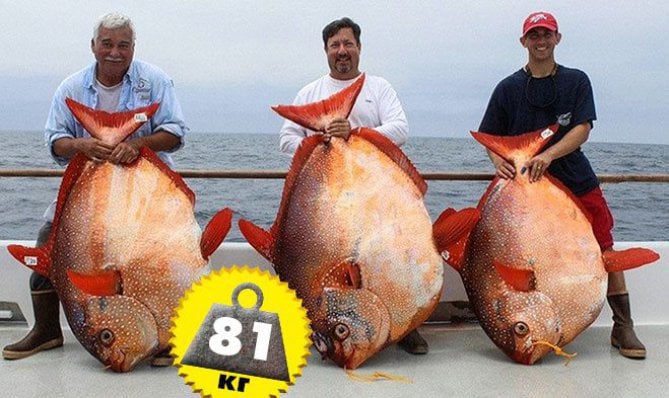 And there are three more surprised lucky fishermen. They managed to catch in one days fishing off the Californian coast three solar perch. It is hardly necessary to explain to you what this incredible rare and good luck this was. Each perch weight between 56 to 81 kg! Like a real woman! 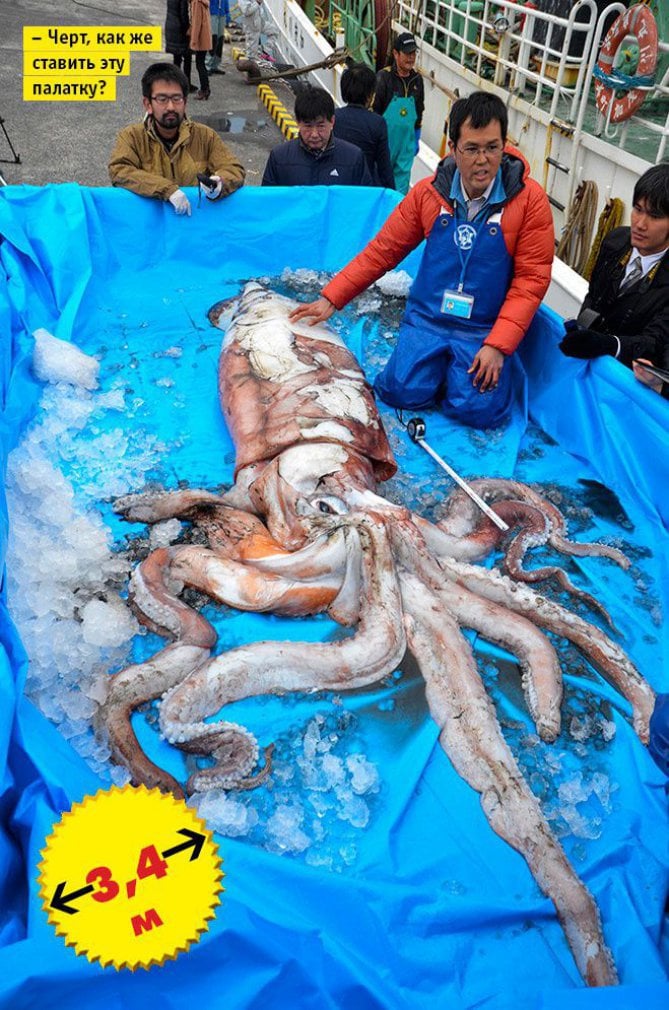 We may not speak Japanese, but we can assume that when the fishermen of Tottori Prefecture caught this marvel, they would have shouted “Wow!” And they had a real reason for this! According to scientists with a tape measure, the length of this giant squid is 3.4 m! Our congratulations are to the fishermen and condolences to squid. 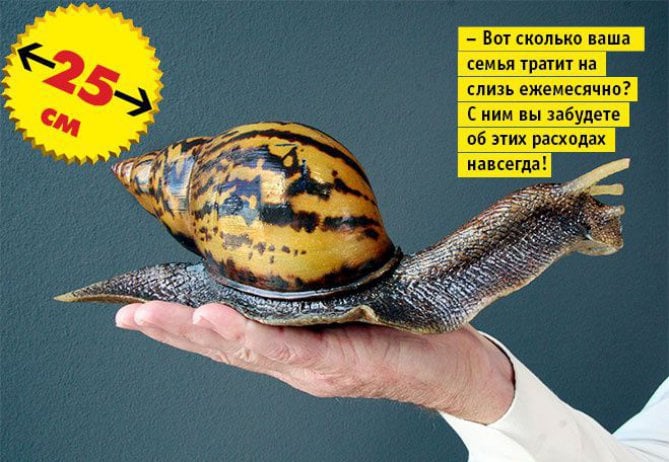 Here it is – the giant African snail, the pride of its race, a decoration of the planet! The length of this creation of God is respectfully referred to as Achatina achatina, and can be 25cm. And this Coquette was found in the port of the Brisbane, Australia. It hidden in a container on a cargo ship that called into the port. 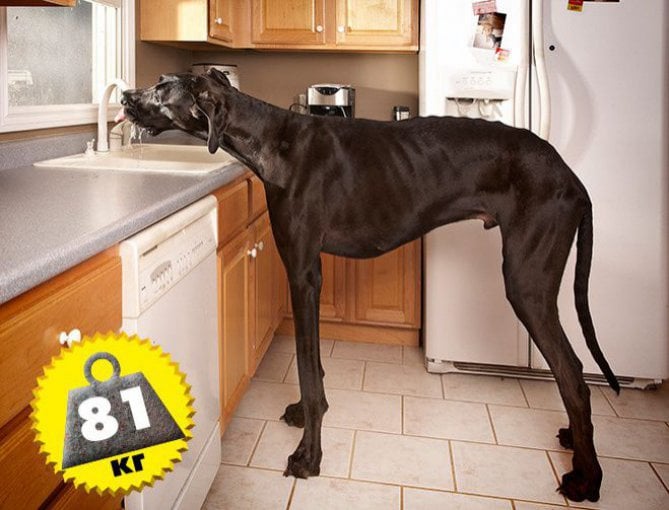 Look at the photos of these giants, who have outgrown all the required norms of nature. One of the Veterans of The Guinness Book of Records given the title of the biggest dog in the world to a dog nicknamed Zeus. This dog lived in Michigan and died of an old age just a few days before the date of this article was published. It was 111cm at the withers and weighed 70 kg. 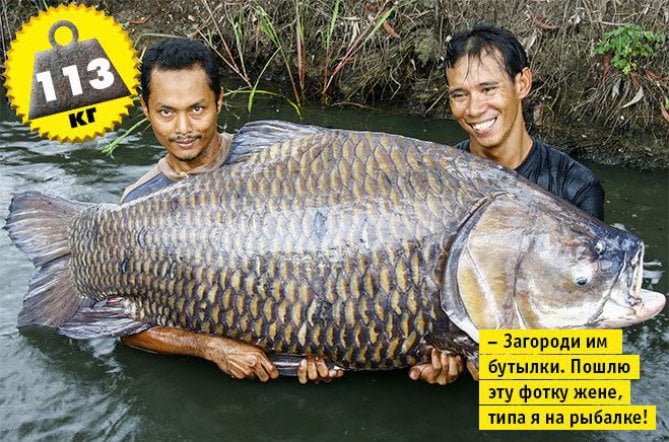 If you have a friend, who is a fisherman, under no circumstances do not show him this picture. And if you’re a fisherman please be strong! Because in front of you is the biggest carp in the world, its weight is 113.5 kg. It was caught by a local Thai fisherman on a homemade fishing rod. What a sensation! 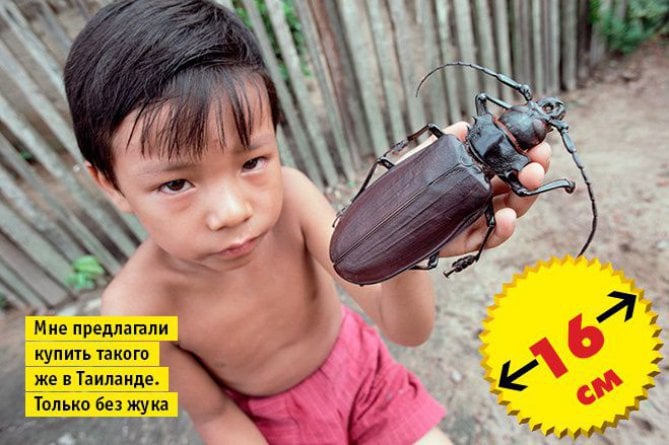 The child has no idea what it is called or what he holds in his hands. Maybe it is the creature holding the baby? The Beetle Titan is famous for its size from time immemorial. To grow up to 16cm is not a problem for it. This Beetle lives in the tropics and is absolutely not dangerous to humans. Repeat this to yourself all the time, if you find it in your bed. 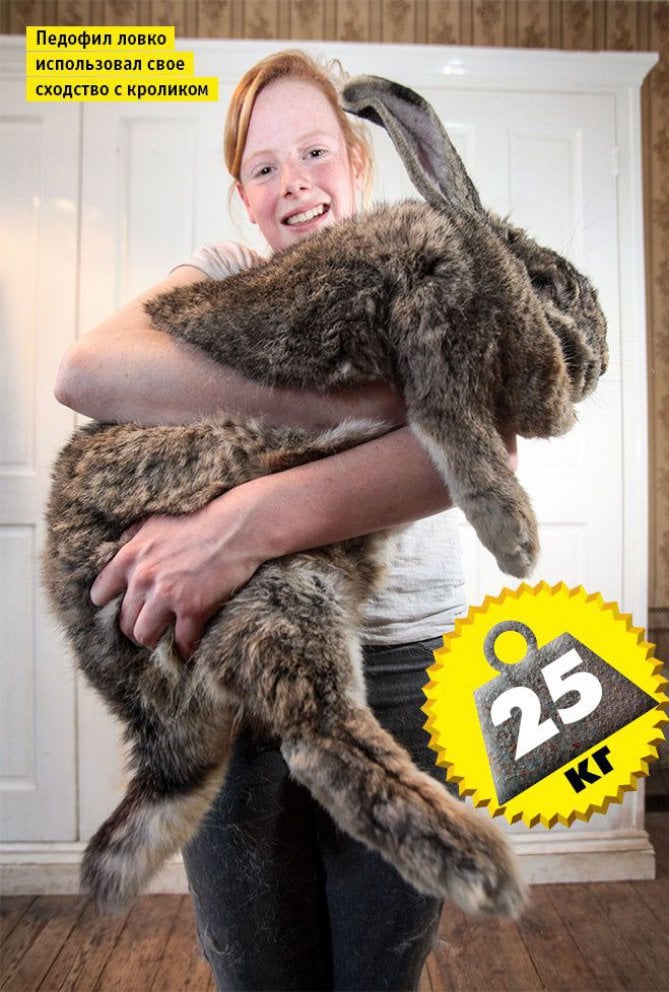 At one meter long, a rabbit called Ralph has British citizenship and when it was aged 5 years old weighed in at 25kg, so if in the world of rabbits there were elections he would be chosen an emperor. By the way, its mother was also in the Guinness Book too, but her son has exceeded all expectations and hopes of its loving mother. 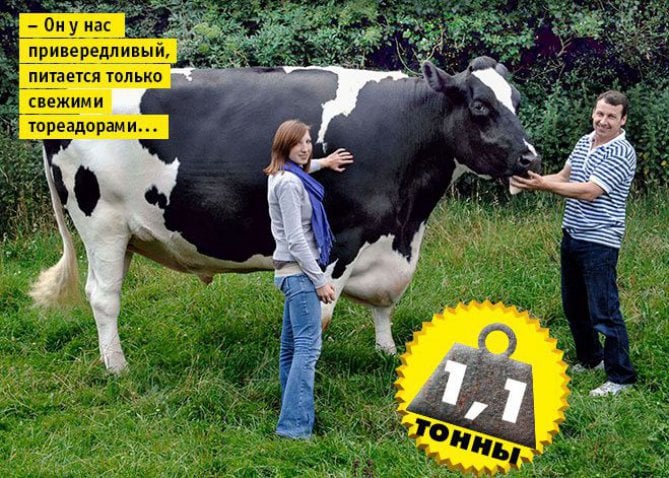 In the English countryside you can find something almost impossible… just imagine 1100kg mass that can Moo! A Bull called Trigger is a pet with a gentle disposition. Now nobody wants to put him under the knife, although initially it was his a fate as a bullock that threatened him. The calf was like an unexpected and unwanted child in a family, and the owners were thinking to get rid of.