Artist Nina Paley created "The Land Is Mine" to tell the story of the wars in the land called Israel/Palestine/Canaan/the Levant, since the cavemen...
Read more
News

Now Forget about #IceBucketchallenge and take a look at #RubbleBucketchallenge A Palestinian journalist has started a new internet trend in Gaza, “the Rubble Bucket challenge,”...
Read more

It happened more than 2,300 years ago, in 332 BC to be precise. That's when the army of Alexander the Great, the king of Macedonia, conquered Gaza by penetrating its defences with a tunnel.

The Macedonians were hardly the first to resort to tunnel warfare. The Assyrians and the Chinese did it centuries before them. And it's been used in just about every war since.

The Romans tunnelled and so did their enemies, be they Germanic tribes or Jewish rebels in Judea.

As a military technique, tunnelling is among the oldest methods of warfare still in use.

The walled fortifications of cities that gave rise to undermining them with tunnels have long gone. So, too, the crossbows, spears, battering rams and rock-throwing siege catapults used at the time.

But the last 100 years alone provide a lengthy list of the durability of tunnel warfare. 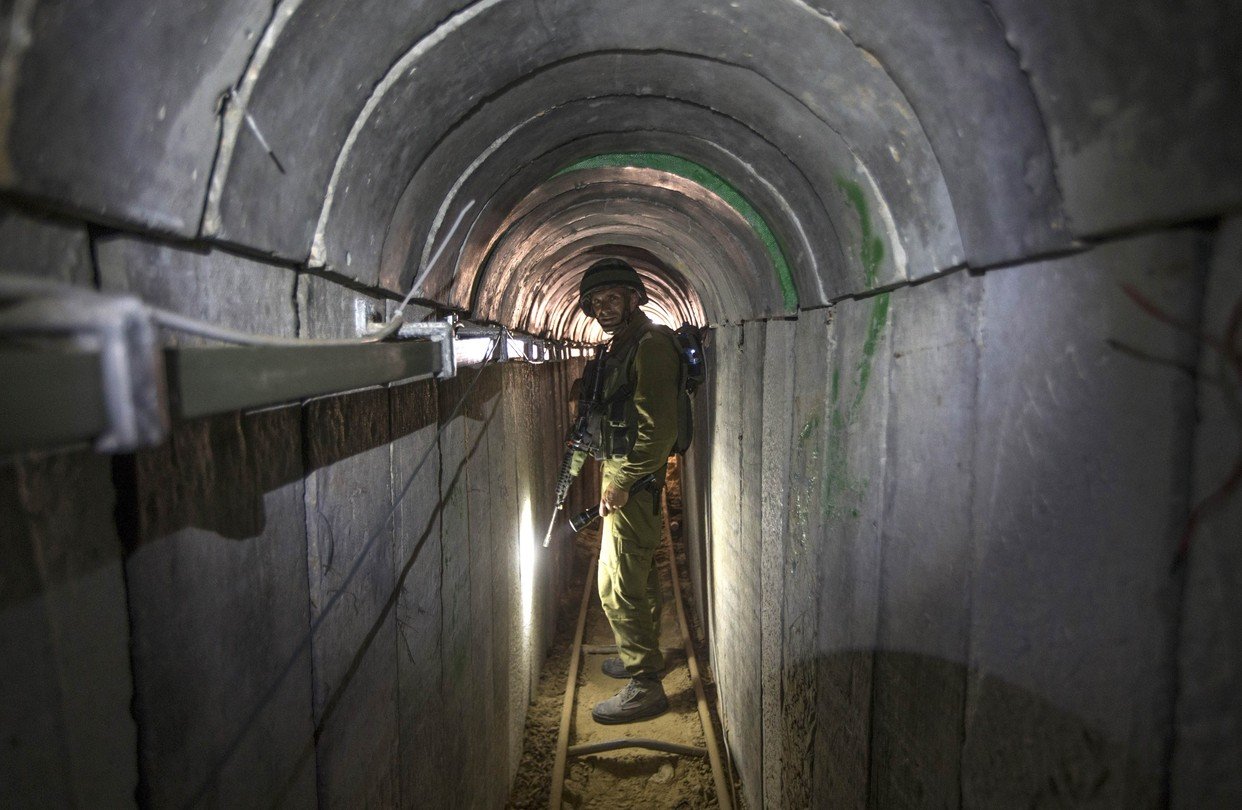 From No Man's Land to Vietnam:

In the First World War, for example, both sides dug tunnels under No Man's Land to place explosives under the enemy's trenches to try to blow them up.

In one such attack, the British spent five months digging a tunnel 800 metres long and placed almost 600 tonnes of explosives under the German positions at the battle Messines in Flanders.

The blast in June 1917 is estimated to have killed as many as 10,000 German soldiers and was so loud it could be heard in London.

In the Second World War, Chinese guerrillas fighting Japanese invaders came up with the opposite approach: the one-man deathtrap.

They harassed the Japanese by popping up from hidden gun holes in the battlefield connected to tunnels that would allow them to escape.

But the most successful of all these approaches was used by the Northern Communist guerrillas in the Vietnam War who maintained underground bases throughout South Vietnam.

The biggest of them was Cu Chi, a 300-kilometre system of tunnels only 35 kilometres from Saigon, which served as the headquarters of the Vietcong guerrilla movement.

Thousands lived at this underground base for months at a time. It was equipped not just with living quarters and military facilities, but also hospitals and schools.

What made Cu Chi so successful was that it enabled the Vietcong to strike at U.S. and South Vietnamese troops, and quickly disappear before their enemies could bring in reinforcements.,

The Cu Chi forces played a key role in the Tet Offensive, the 1968 campaign of surprise Vietcong attacks on military and civilian command centres throughout South Vietnam.

The Tet Offensive was primarily a political victory in that it convinced the U.S. government and public — in the midst of a presidential election year — of the futility of America's role in Vietnam.

It signaled the start of the wind-down of U.S. forces in that war. 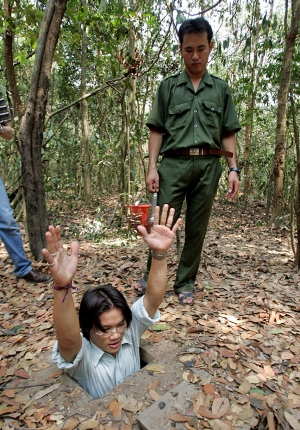 A tourist enters the Cu Chi tunnel network through a camouflaged hole in the jungle of Vietnam. The underground network is today a tourist attraction that has been visited by presidents and prime ministers. (Desmond Boylan / Reuters)

That victory, though, came at a heavy cost to the Cu Chi Vietcong. Within a year carpet bombing by U.S. planes made their hideaway uninhabitable.

Altogether it's estimated that 12,000 Cu Chi fighters were killed over the years.

Still, given its global repercussions, the Vietnam War was arguably the greatest triumph in the history of tunnelling warfare.

But even much smaller campaigns can have an impact on the outcome of a conflict.

The current Gaza tunnel operations are a good example. They are tiny compared to the Israeli onslaught on Gaza. Yet the Israelis see them as their most daunting challenge in this conflict.

The dozens of Gaza tunnels are also a crucial element in the Hamas leadership's war plan because they distract attention from the fact that its huge arsenal of rockets is ineffective.

Hamas leaders are bound to have known that their rockets would be unable to penetrate Israel's well-publicized Iron Dome air-defence system. But they felt they had no choice but to go ahead and attack.

They were in a bind since their former Muslim Brotherhood allies in neighbouring Egypt were ousted in a military coup a year ago. 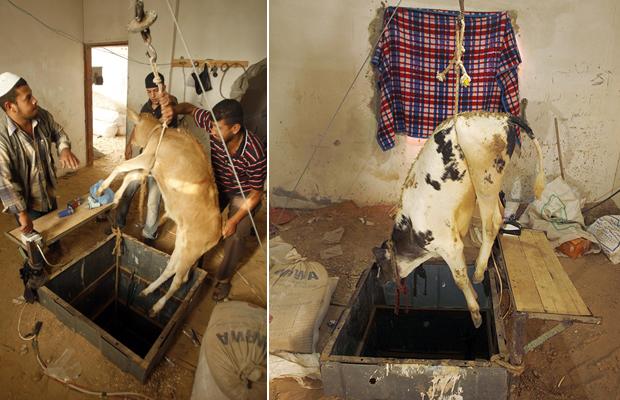 The Egyptian generals broke relations with Hamas and closed their border with Gaza, including the illegal, but widely tolerated, border smuggling tunnels.

With Israel blockading Gaza's eastern border as well as its coastline, living standards in the Strip deteriorated seriously.

That led to a drop in political support for Hamas, and so its leadership clearly felt it could only break the deadlock by launching a war against Israel that would rally Gazans around the flag.

The suffering caused by Israel's bombardment looks to have done that. On the Palestinian side, calls for revenge have mushroomed, and the forces favouring compromise have been silenced.

In a curious way, the border tunnels have had the same effect on Israeli public opinion, which is solidly behind Prime Minister Benjamin Netanyahu's hardline pursuit of the war.

Sixty-four Israeli soldiers have been killed in the conflict, largely in the cause of destroying Hamas's web of underground tunnels.

If the loss of Israeli lives had been limited to the three civilians killed by the Hamas rockets that landed in Israel, the government would all but surely have faced considerable opposition to the scale of its retaliation.

But if there is one loss that causes more national anguish in Israel than the killing of a citizen, it is the possibility of a soldier being captured and dragged back into Gaza via a hidden tunnel.

It happened once in 2006 when an Israeli soldier was abducted, held for five years and finally released in a still contentious exchange of more than 1,000 prisoners held by the Israelis.

There were fears that it might have happened again this time around, but that proved not to have been the case. 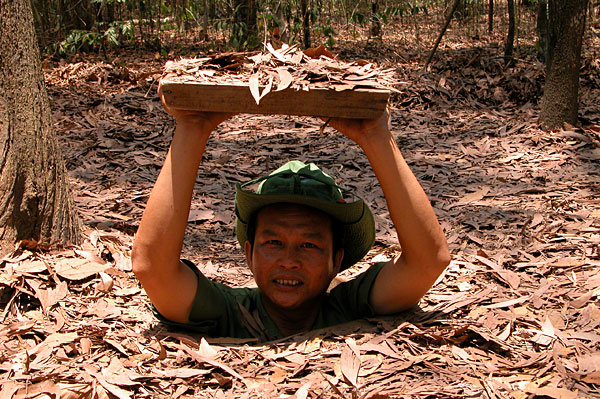 At the moment, there is no sign of any compromise. Sooner or later, though, this conflict — as have so many bitter wars before it — will end.

When it does, the tunnels that separated them could become a link of reconciliation, even a tourist attraction, as they have elsewhere.

Vietnam has turned the site of the Cu Chi tunnels into a museum. The Beijing region has two in remembrance of the Chinese resistance to the Japanese invasion.

Spain, Bosnia, Okinawa, the Philippines and the British island of Jersey, which was occupied by Germany in the Second World War, have their tunnel attractions too. 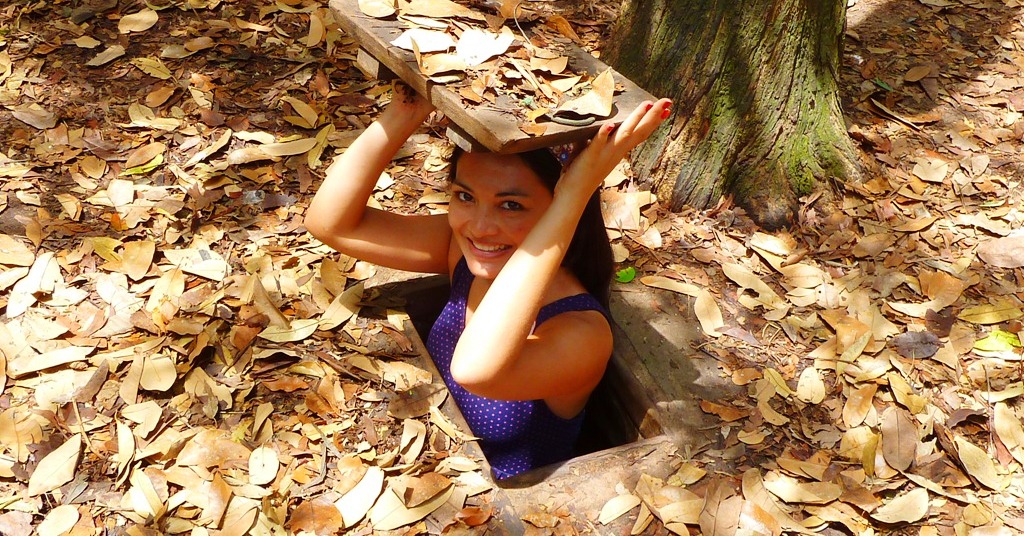 These memorials are first and foremost a tribute to the sacrifices of those who fought. But they are also a warning to future generations of the follies that led to such disasters.

If Israelis and Gazans are lucky, the site of the Gaza tunnels will one day have such a memorial.

Children are very nice, but when they are young they are more than adorable, and this has been proven repeatedly in videos that have...
Read more

IICE Vodka New Ad That Talks About The...

Kalki Koechlin's new ad might be for a brand, but the video itself talks about so much more. Highlighting a modern and progressive state...
Read more

I Can’t Believe What He Did With This...

People running mad for 3 and 4 BHKs and this guy has done an amazing job in just 24 square meter of space. This kind...
Read more

She was allergic to peanut butter...If I was gonna see her I couldn't have peanut butter for two days before. That's a life I...
Read more

These Kids Don’t Care Whether You Are A...

It matters not whether you agree with his politics or are completely against it, US President Barack Obama is a force to reckon with,...
Read more

Russians are no strangers to cold, and most of them cope pretty well with it, especially after a few shots of vodka, but under...
Read more
Load more