Bethlehem is a Palestinian city located in the central West Bank, Palestine, about 10 km (6.2 miles) south of Jerusalem. Its population is approximately 25,000 people.It is the capital of the Bethlehem Governorate. The economy is primarily tourist-driven.

The earliest known mention of the city was in the Amarna correspondence of 1350–1330 BCE during its habitation by the Canaanites. The Hebrew Bible, which says that the city of Bethlehem was built up as a fortified city by Rehoboam,identifies it as the city David was from and where he was crowned as the king of Israel. The New Testament identifies Bethlehem as the birthplace of Jesus. Bethlehem was destroyed by the Emperor Hadrian during the second-century Bar Kokhba revolt; its rebuilding was promoted by Empress Helena, mother of Constantine the Great, who commissioned the building of its great Church of the Nativity in 327 CE. The church was badly damaged by the Samaritans, who sacked it during a revolt in 529, but was rebuilt a century later by Emperor Justinian I.

1. Christmas Procession in Bethlehem (circa 1900) 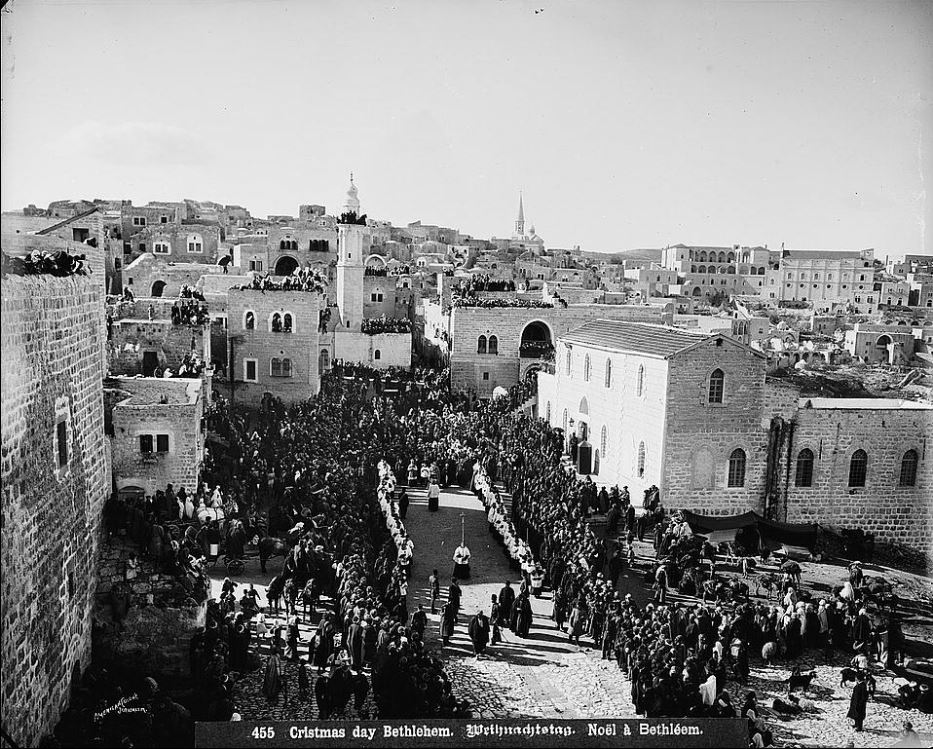 2. The Star below which is the actual place where Christ was born_c1942 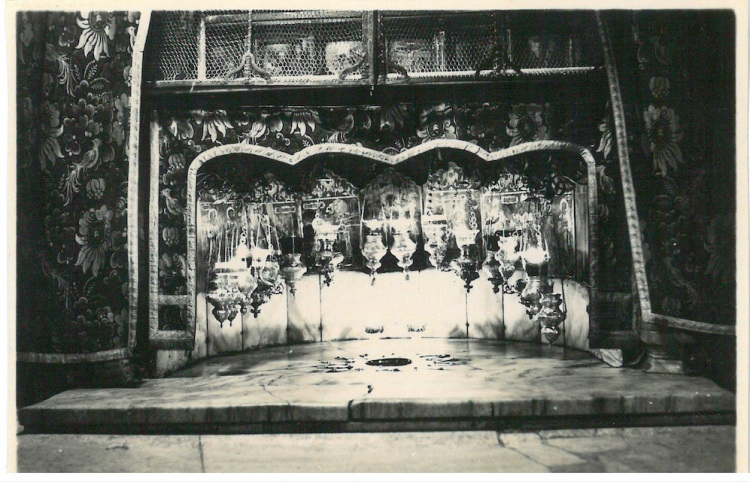 3. Turkish soldiers drilling in the square outside of the Church of the Nativity in Bethlehem (circa 1900) 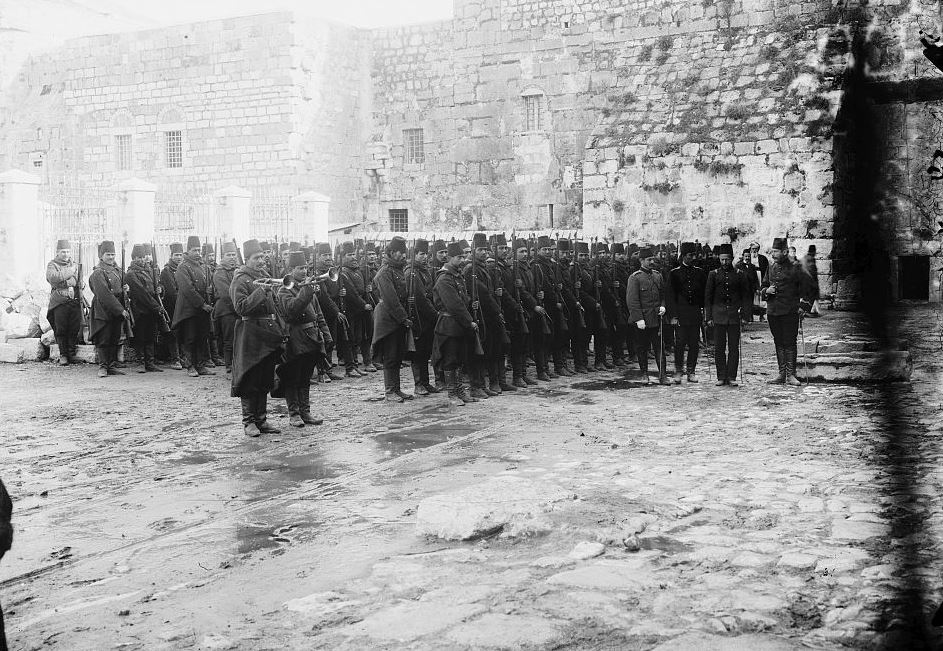 4. Inside View of Church of Nativity – Bethlehem_c1942 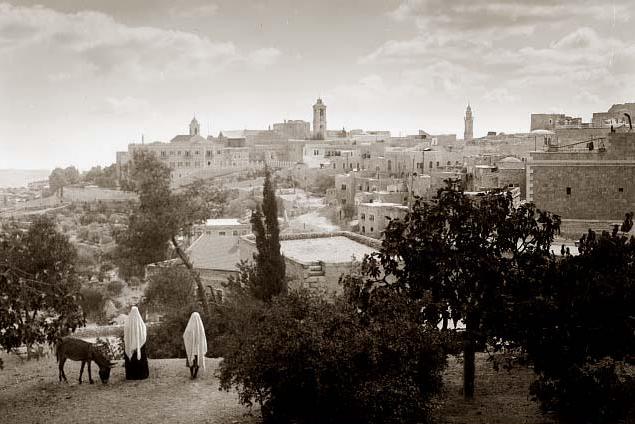 6. View of Entrance Outside of Church of Nativity – Bethlehem_c1942 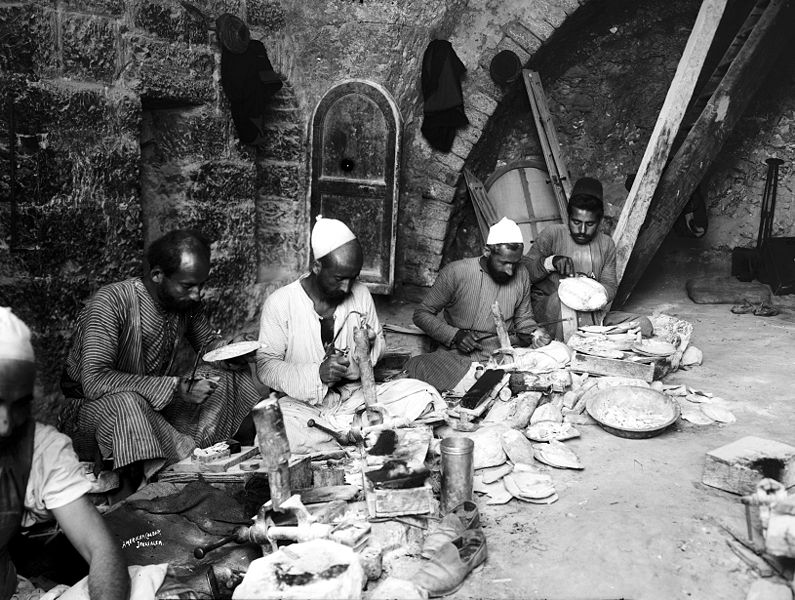 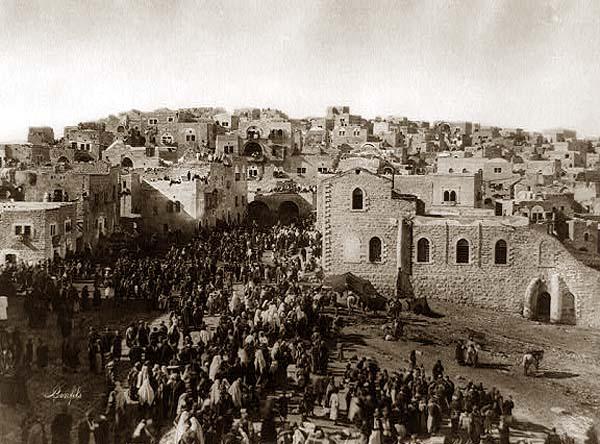 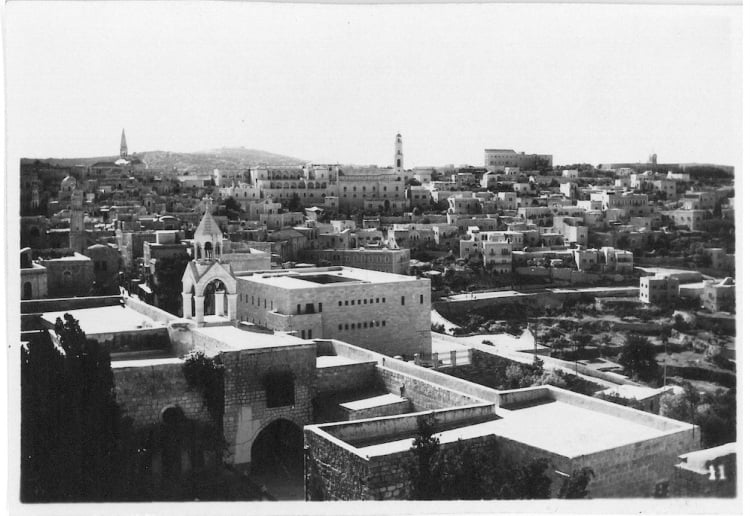 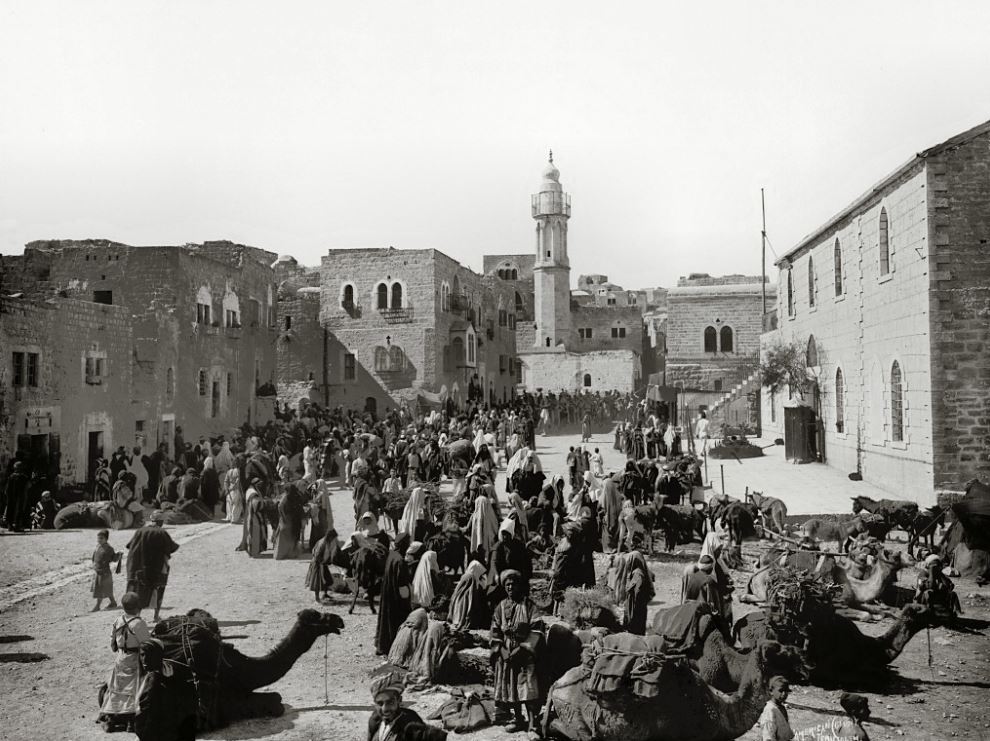 12. British and French soldiers guarding the Church of the Nativity_circa 1918 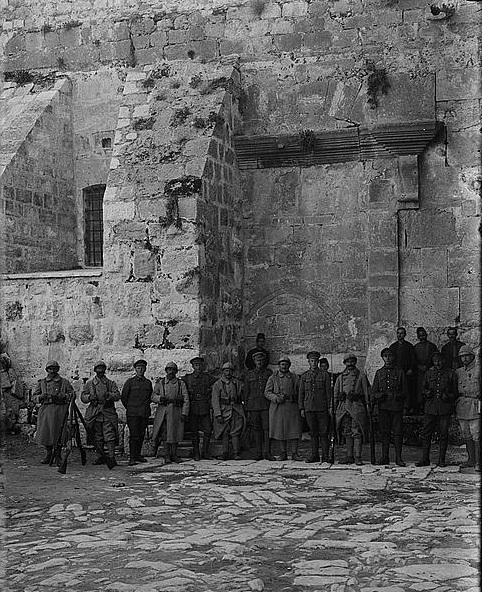 14. View of Village of Bethany on outside of Old City of Jerusalem and is where Christ stayed with Mary & Matha on his visits to Holy City_c1942 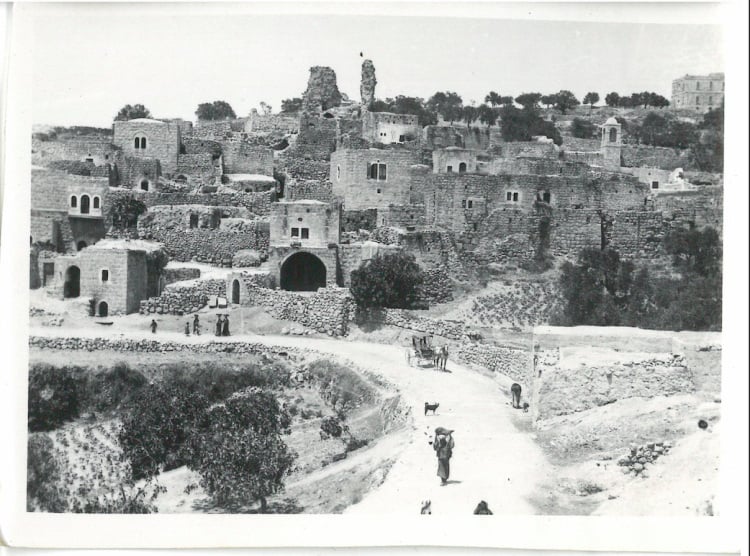 15. Bethlehem, General view of the city from The Church of Nativity’s bell tower_c1862 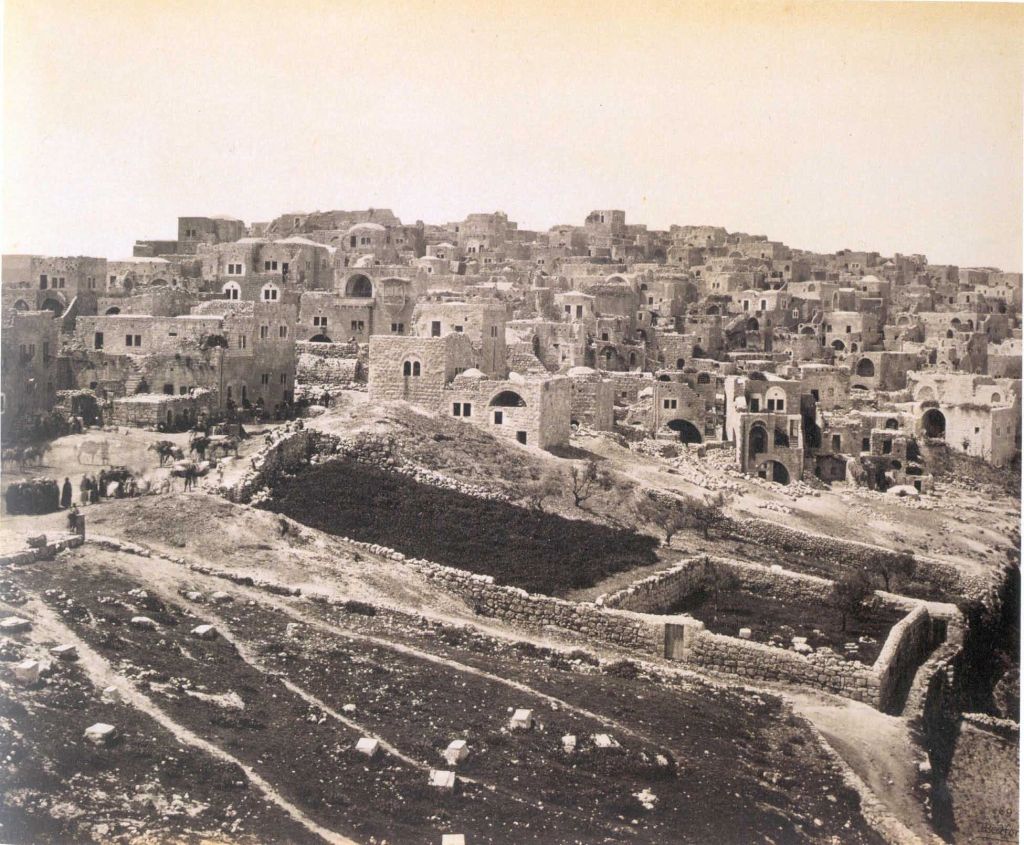 Bethlehem became part of Jund Filastin following the Muslim conquest in 637. Muslim rule continued in Bethlehem until its conquest in 1099 by a crusading army, who replaced the town’s Greek Orthodox clergy with a Latin one. In the mid-13th century, the Mamluks demolished the city’s walls, which were subsequently rebuilt under the Ottomans in the early 16th century. Control of Bethlehem passed from the Ottomans to the British at the end of World War I. Bethlehem came under Jordanian rule during the 1948 Arab-Israeli War and was later captured by Israel in the 1967 Six-Day War. Since the 1995 Oslo Accords, Bethlehem has been administered by the Palestinian Authority.

Bethlehem now has a Muslim majority, but is still home to a significant Palestinian Christian community. Bethlehem’s chief economic sector is tourism, which peaks during the Christmas season when Christians make pilgrimage to the Church of the Nativity, as they have done for almost 2,000 years. Bethlehem has over 30 hotels and 300 handicraft workshops. Rachel’s Tomb, an important Jewish holy site, is located at the northern entrance of Bethlehem.

Bethlehem, Palestine: Church of the Nativity

Holy Spot Where Jesus was born in Bethlehem Israel