Japan's Yakuza have been a thorn in the side of Japanese authorities for years. But what role do they play in the country? And how big a presence are they? The Yakuza, the Japanese equivalent of the mafia are a ruthless organisation with 80,000 members, and no one is off limits for the violent mob. Yakuza are Japanese gangsters known for their ruthlessness. With over 100,000 active Yakuza, there are inevitably many horrifying stories & facts to share.

The yakuza are Japan’s organized crime syndicates, like the triads in other parts of Asia or the mafia in the West. Yet the operations and social roles of the yakuza are very different to other criminal organizations. In fact, the yakuza are almost mainstream. They have office buildings and their gossip features in Japanese popular press. Many English speakers will have learned what they know of the yakuza from Jason Statham films and Grand Theft Auto, so here are facts about Japanese gangsters Yakuza.

Sokaiya is the name of a form of large-scale bribery practiced by the yakuza. First, they buy shares in a company, just enough to get them a place at a shareholders meeting.

Then they dig up as much dirt as they can on the company leadership. After that, it’s a case of “give us money, or we’ll come to the meeting and embarrass you.” The Japanese fear shame above much else, so this tactic usually works.

What is peculiar about this scam is that it is carried out with the utmost politeness. The threats are made in a roundabout way, as are the pay-offs. The yakuza will host an event—a golf tournament or beauty pageant, for example—and sell awfully overpriced tickets to the victims of their blackmail. Some of Japan’s largest companies have been targeted. One racketeer received eight months in prison after targeting executives from Mitsubishi for illegitimate rent payments on a holiday home. 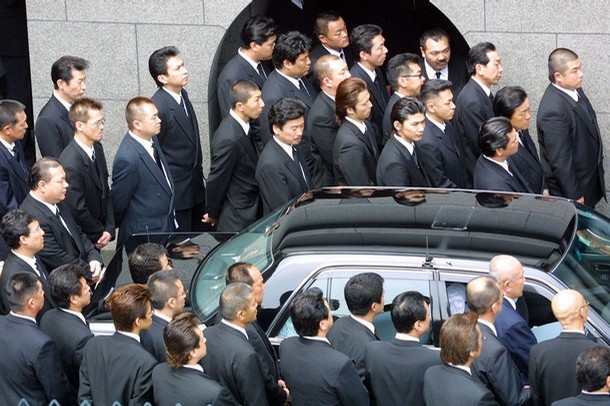 Yamaguchi-gumi is Japan’s largest yakuza syndicate. Recently, it has been the target of sanctions by the US government, in a crackdown on organized crime. American citizens are no longer allowed to make transactions with the leader, Kenichi Shinoda (who came in at number seven in our list of the world’s top crime bosses).

Second in command Kiyoshi Takayama is also blacklisted, and the US government has frozen all of their American assets. The move follows laws in Japan aimed at severing the ties between yakuza and legitimate businesses. 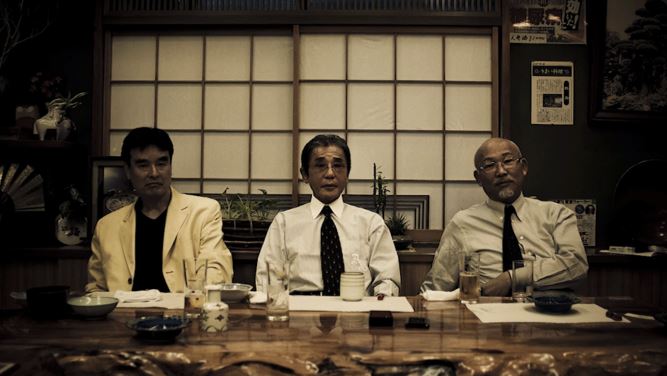 When the Japanese tsunami hit in 2011, the yakuza were among the first to head to the affected areas with aid. This is not without precedent—in 1995 when an earthquake hit Kobe, Japan’s fifth-largest city, the yakuza used scooters, boats, and a helicopter to deliver supplies around the clogged streets.

Some people say the yakuza help in times of need because they are made up of outcasts, and sympathize with people struggling to get by with no help from the authorities.

Others are more cynical, suggesting the moves are about public relations. It’s harder for the police to get support for a yakuza crackdown following a great display of charity. 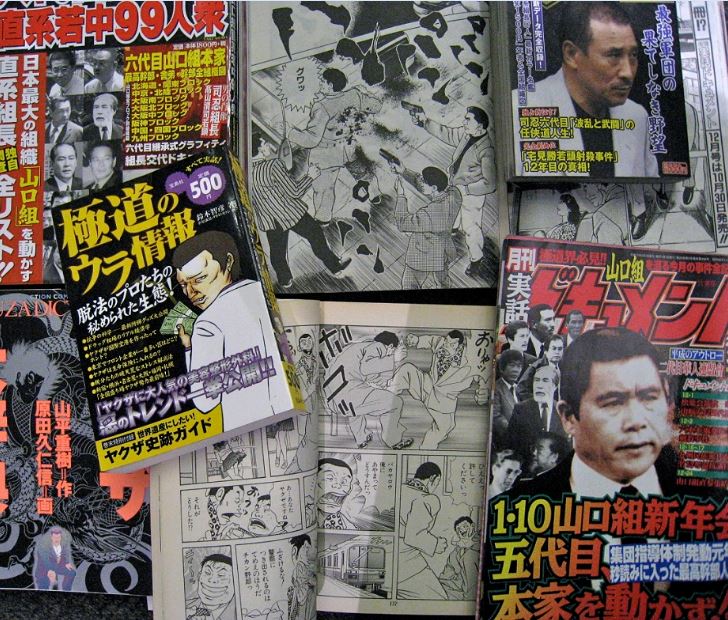 Earlier this year, Yamaguchi-gumi distributed a newsletter to its almost 28,000 members. Named Yamaguchi-gumi Shinpo, the magazine included haikus and articles on angling. An editorial from the gang’s leader talks about difficult times for the organization. Yakuza numbers have been falling, and the magazine was seen as a way to boost morale.

The magazine came on the heels of a bloody turf war that left civilians dead. A yakuza expert suggests that, despite only sending the magazine to full members, they knew news of it would leak out.

5. Yubitsume – Yakuza Cut Off the Tips of Their Little Fingers 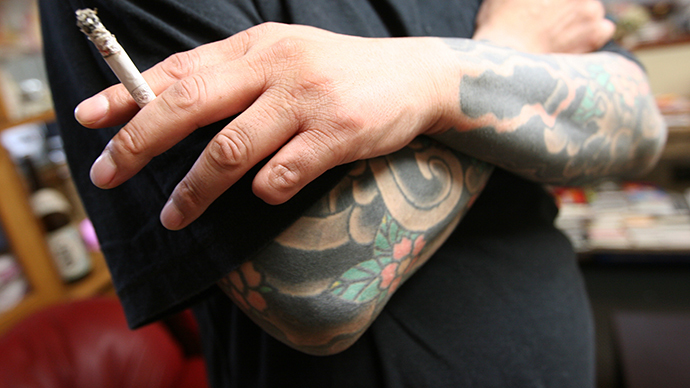 Yakuza members who do something they shouldn’t are forced to atone in a brutal way—by chopping off part of their own finger. They start with the tip of their pinkie, but further transgressions require further mutilation. This is known as yubitsume. As a result, many gang members are missing most or all of their left little finger, as well as some others.

This has led to a high demand for synthetic digits. People who leave the yakuza face stigma in other parts of society and their missing fingers are hard to hide. One skin expert from the UK, Professor Alan Roberts, exported enough lifelike prosthetics to earn the nickname “Mr. Fingers” from former Japanese gang members. 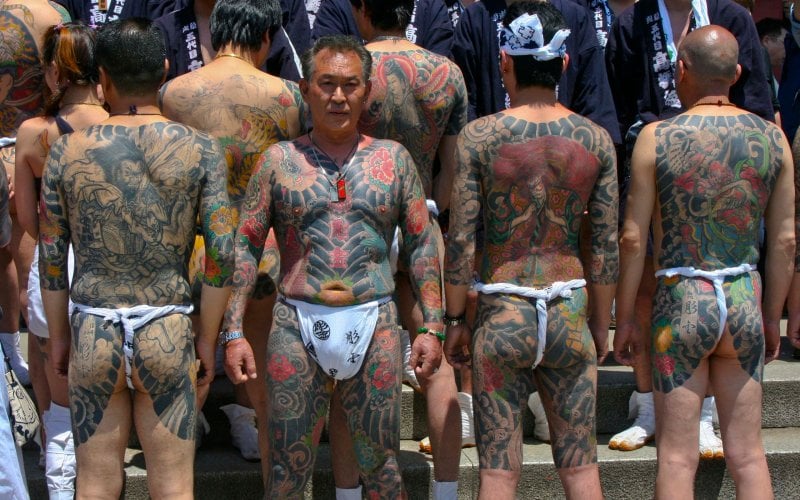 One of the most iconic images of the yakuza is their intricate, full-body tattoo art. These use a traditional method of manually inserting ink under the skin, known as irezumi.

They are seen as a mark of a person’s bravery due to the pain the method inflicts. In recent years, the number of non-yakuza getting this style of tattoo has increased significantly. Popular designs include dragons, mountains, and women. 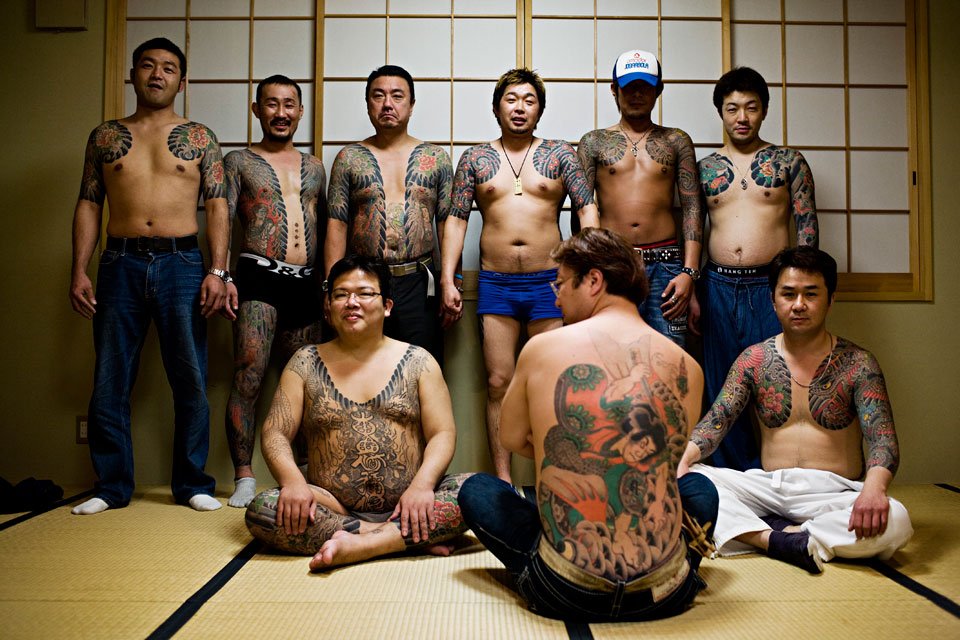 Earlier this year, a Japanese restaurant owner began the process of suing Kenichi Shinoda, the extremely dangerous head of Yamaguchi-gumi we mentioned earlier. She claims that Shinoda has “employer’s liability” for gangsters that demanded protection money and threatened to burn down her bar if she didn’t cough up.

She is claiming damages of 17 million yen, around $2.8 million.She is not the first person to sue the yakuza. In 2008, a group of residents sued to evict the Dojinkai gang from their headquarters in the city of Kurume. 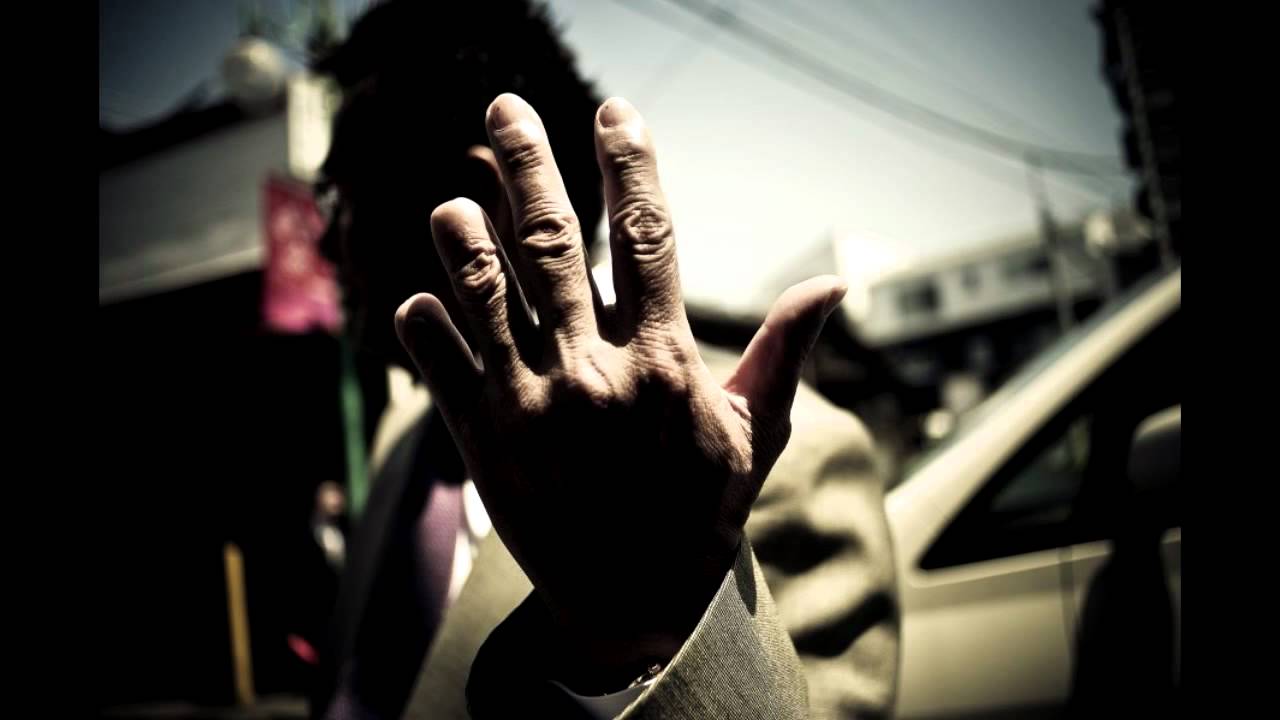 In 2009, the Yamaguchi-gumi created a 12-page exam for its members. The move came after the government passed harsher laws against organized crime. The test was the group’s attempt to keep its members from getting into trouble by making sure they were clued up on the law.

It covered topics from dumping industrial waste to vehicle theft.While the thought of tattooed gangsters sitting in an exam hall after a day of cramming may be little more than an amusing image for Westerners, the introduction of the test tells a story about Japan’s economy as a whole. 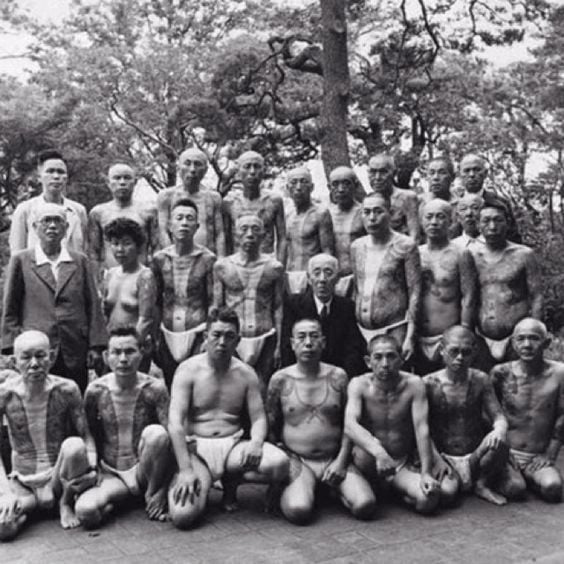 New recruits to a yakuza organization are required to take a subservient role to one of the more experienced members. This is called kobun, literally “child role.” Yakuza have a complex leadership structure, and there are many layers one must progress through to reach the top. The initiation ritual for a new recruit is a ceremony based around sake, known as sakazukigoto. The initiate sits opposite his oyabun, or “father role,” while the drink is prepared by other members.

The newcomer gets a smaller portion while his sponsor’s cup is filled to the brim, a reflection of their status. Each drinks from their own cup, before swapping and taking another drink, at which point the ceremony is complete. This represents the creation of what is almost an adoptive father–son bond between the kobun and oyabun.Drinking of sake is a common ceremony to represent the creation of a bond in Japanese culture. 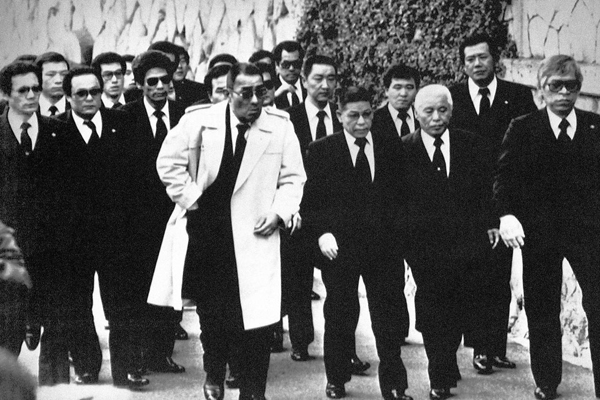 In 2012, Japan’s justice minister, Keishu Tanaka, was forced to resign his post when it came to light that he had links to yakuza. Yet having these links has not always been so damaging for Japanese politicians. The Liberal Democrat Party, which has ruled Japan for 54 of the last 58 years, has extensively documented links to the yakuza. The first LDP Prime Minister, Nobusuke Kishi, was heavily involved with Yamaguchi-gumi.


2. Japan's Yakuza: Inside the syndicate