Lidice was once as infamous as Guernica or Auschwitz. Today few outside the Czech Republic recognise the name. Lidice (pronounced liditseh), a few kilometres west of Prague, is today a quiet and leafy village of wide streets and spacious homes. Adjacent to it lies an undulating valley of meadows and trees, with a few stone ruins of a farmhouse and church, and a striking bronze sculpture of children. This is the site of the original village, and what happened here  on June 10th,1942, appalled the world.

In June 1942, Lidice, a village in Czechoslovakia, ceased to exist. Lidice had been implicated in the assassination of Reinhard Heydrich, the Nazi controller of Bohemia and Moravia, and Hitler’s order was given to “teach the Czechs a final lesson of subservience and humility”. 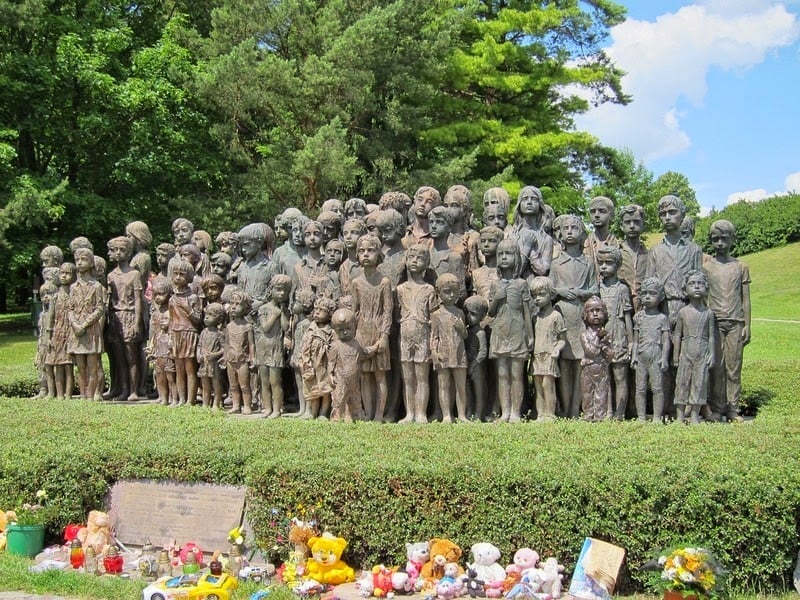 On 27 May 1942, a high-ranking German Nazi official and the Nazi Protectorate of Bohemia and Moravia – Reinhard Heydrich, was being driven from his country villa to his office at Prague when he was ambushed by British-trained Czech soldiers. A fatal grenade attack left him severely wounded and he died eight days later. Reinhard Heydrich was one of the main architects of the Holocaust and one of the darkest figure within the Nazi elite. Adolf Hitler himself described him as “the man with the iron heart”. Getting rid of Heydrich was a long-premeditated plot.

The man appointed to take over from Heydrich, Karl Frank, pointed out that the loss of 30,000 would have a severe impact on the Czech labour force. Hitler took this on board and changed the figure to the arrest of 10,000. On the night of May 27th, Heinrich Himmler, head of the SS, ordered Frank to shoot 100 “intellectuals” that night. Over the next few days, 3,188 Czechs were arrested of whom 1,357 were executed, while 657 died in police custody. However, none of this satisfied Hitler, though he had recognised the fact that 30,000 executions would have a negative impact on the labour force in Czechoslovakia.

On June 8th, a state funeral was held for Heydrich. On the next day, Frank received an order from Hitler which stated that a small community near an industrial centre was to be selected and wiped out as punishment. Therefore, there would be no impact on the Czech labour force, but Hitler would have gained his desired for revenge. 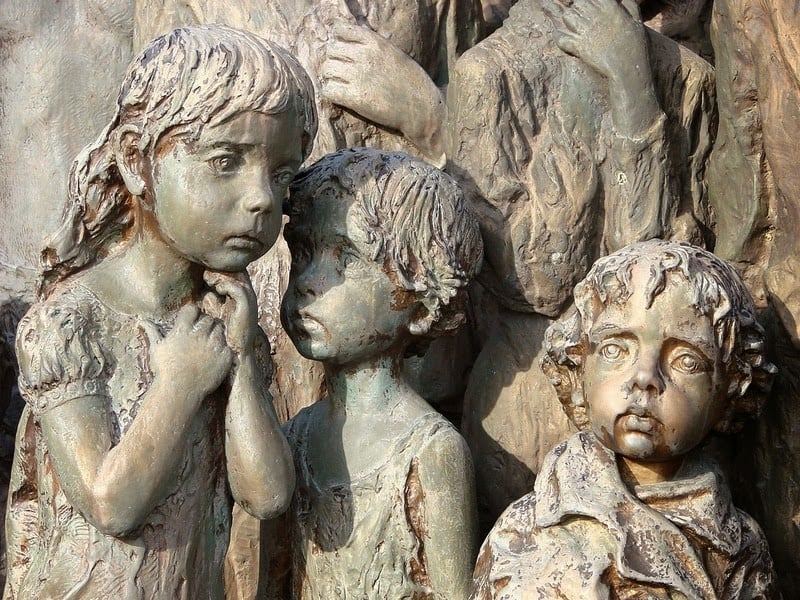 But why was Lidice chosen? One of the men who assassinated Heydrich had links to Lidice (the assassins were all killed). Also the Gestapo had intercepted what they deemed to be a “suspicious” note that contained the name Lidice. In fact, it was another Lidice in Czechoslovakia – but this only came to light afterwards, once the arrangements had been made to wipe out Frank's chosen target – Lidice near Prague.

Lidice was about 10 miles from Prague. The village was off any main road so the sighting of any German troops en masse was rare. With 100,000 German troops in Czechoslovakia, German troops had been seen in Lidice but only in small numbers.  On June 4th, the day of Heydrich’s death, German troops entered Lidice, the Gestapo questioned people and houses were ransacked. Then they suddenly left leaving the villagers confused as to why they had done this.

After the villagers had been locked away, military police ransacked the homes once again and took anything of value. All farming tools were taken and cattle were herded up. Anything of the remotest value was taken. At 05.00 the next day, the198 women and 98 children were put onto lorries and driven away. They were transferred to Ravensbruck concentration camp. Those children who were considered suitable for ‘Germanisation’ were picked out and given to SS families. Those who were not considered suitable were scheduled to be sent to the camps. The men were brought out of the farm houses and lined up in front of mattresses laid against a wall – see the photograph above. The execution squad brought them out in batches of ten. 173 were shot. Those men who lived in Lidice but who were on shift work at the local factories when the arrests were made, were rounded up later – a further 19 were shot. Those men who were in Lidice at the time visiting relatives and friends, but who were not from Lidice, were also shot. 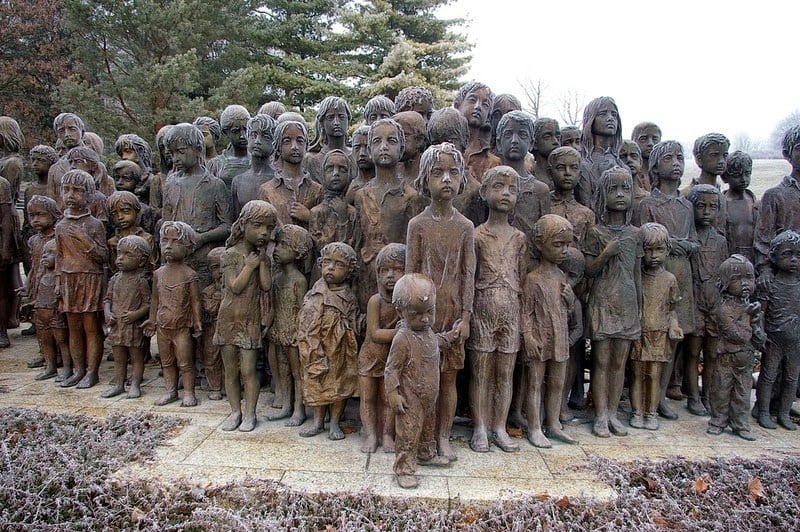 The village was then destroyed – literally wiped off of the map. Houses were destroyed, orchards dug up and the graveyard desecrated. Even pet dogs were shot. When this was done, pioneer troops were sent in to plough the land flat. Seemingly nothing was left of the village, not even the outline. The whole episode was filmed by the SS. Of the women, only 143 are known to have somehow survived Ravensbruck, the Nazi concentration camp for women. Of the 98 children (who, owing to “transport difficulties”, were separated from their mothers on June 12th), 17 are known to have survived by being selected for ‘Germanisation’. They returned to Czechoslovakia after the war. Those children not considered suitable were gassed at Chemnitz on the orders of Adolf Eichmann.

Today, Lidice is a quiet town with a few stone ruins of a farmhouse and church, and a striking bronze sculpture of children. The sculpture entitled "The Memorial to the Children Victims of the War" and comprising of 82 bronze statues of children, was erected by artist Marie Uchytilová in the 1990s. It stands overlooking the site of the old village of Lidice  No one will ever know if anyone wept as these children perished, far away from home and their mothers and fathers. Yet, after a manner, the children, those slaughtered innocents, returned and will forever inhabit Lidice. The 82 bronze statues, 40 boys and 42 girls, stand as an everlasting reminder of the massacre.  The children of Lidice are home where they belong.

Check out how Elders React To Fifty Shades...

The erotic-romance novel Fifty Shades of Grey took the mainstream by storm. Soon, it seemed everyone was reading the electric book. As expected, Hollywood...
Read more

THESE PEOPLE ARE PRETTY DISGUSTING, HAVING A BLAST Forget the sexy nurses, the pirates, and devils. At the Bloco da Lama Carnival street party, swamp...
Read more

15 Amazing Places You Should Visit in Alaska...

Alaska is called “The Last Frontier”, because of its opportunities and many lightly settled regions, and the “Land of the Midnight Sun”, because the...
Read more

18 Celebs With Historical Doppelgangers. How Is #4...

DO YOU HAVE an exact double somewhere in the world? Can a person be in two places at once? There are many intriguing accounts...
Read more
Load more