Romania is one of the most amazing but we’d say underestimated European travel destinations – a hidden treasure in South Eastern Europe. Romania is not...
Read more

Vampires are believed to feed and live on blood of other living creatures.The belief in vampires stems from superstitionand mistaken assumptions about post-mortem decay. The first recorded accounts of vampires follow a consistent pattern: Some unexplained misfortune would befall a person, family, or town — perhaps a drought dried up crops, or an infectious disease struck. Before science could explain weather patterns and germ theory, any bad event for which there was not an obvious cause might be blamed on a vampire. Vampires were one easy answer to the age-old question of why bad things happen to good people.

Read Also:  14 Most Haunted Places In India, Visit At Your Own Risk !

There is a fascinating industry of "vampire hunters" in Romania and neighboring Bulgaria, with documentary film crews and trekkers searching out the grave sites of obscure medieval counts and pirates who died unnatural deaths. But the historical beast who gave rise to the Dracula legend was Vlad Tepes (nicknamed Vlad the Impaler and Count Dracula) was born in 1428 in the fortress city of Sighisoara. His father, Vlad Dacul, was the military governor of Transylvania and had become a member of the Order of the Dragon a year before. The Order, similar to the Order of the Teutonic Knights, was a semi-military and religious organization established in 1387 in Rome in order to promote Catholic interests and crusades. 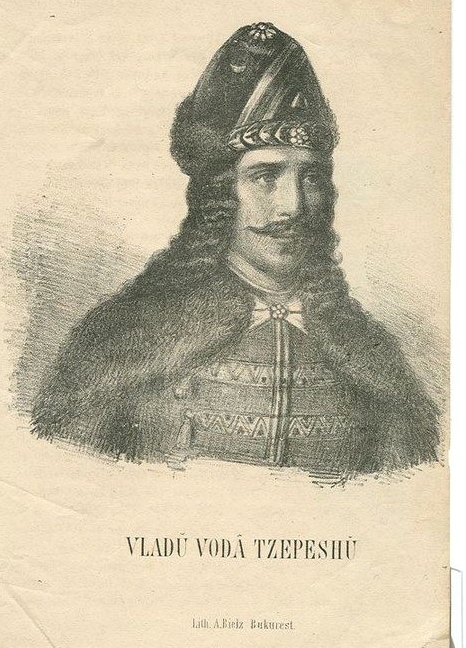 For his deeds, the Order of the Dragon was bestowed upon him, hence the title Dracul (the Latin word for dragon is draco). While in medieval lure dragons served as symbols of independence, leadership, strength and wisdom, the biblical association of the devil with the serpent that tempted Adam and Eve gave the snake-like dragon connotations of evil. Thus, the Romanian word Dracul stands in English for both dragon and devil.Dracula, the title of Vlad Tepes,translates as Son of Dracul.

Sitting atop a 200-foot-high rock Bran Castle is the epitome of the story of Dracula.  Driving up to the imposing towers and turrets will definitely throw you back into another place and time. The castle was built in 1212, but today it holds a strong pull for fans of all things Dracula as it’s the castle Stoker used in his book.  It’s easy to tour the castle on your own, but expect to spend half the day and keep in mind there are always crowds.  For the most part you’ll wind through narrow staircases connecting over 50 rooms in the castle and then there is a chance to tour the underground passages.  Only one room in the castle actually highlights the myth of Dracula and it is dedicated to Bram Stoker presenting both the legend of Vlad Tepes and the myth of Dracula.

Would You Help A Blind Person? SOCIAL EXPERIMENT...

This Social Experiment, is based out of that experience , and  hope to bring about a positive change through it. https://www.youtube.com/watch?v=ZAgZJpzWZJw&list=PLTEcsq4kxGJsPk2OySdWZmSG-PsTjZR5r Credit : Awkwardness Unlimited Source: Youtube
Read more

Want to boost your employability? Here’s how online...

Education is the key to success, and success is primarily evaluated with the type of employment you can secure in future. With...
Read more

The World’s First Wingsuit BASE Jumping Dog Is...

Google and students at the Berghs School of Communication in Stockholm, Sweden are working on an incredible new translation tool that will give mute...
Read more

September 26th was the International Rabbit Day, so what better way to celebrate than by reminding ourselves of why we love these adorable fluffy...
Read more