Bill and Melinda Gates first met in 1987, shortly after Melinda was hired as a product manager at Microsoft.

A few months later, Bill asked her out on a date.

"You know I was thinking maybe we could go out – if you give me your phone number – maybe two weeks from tonight," Bill said, according to an interview Melinda gave with AOL's Makers site.

But Bill wasn't ready to give up just yet.

"He called an hour later and said, 'Is this spontaneous enough for you?'" Melinda told Makers.

She agreed to the date. They were married in a secret ceremony on the island of Lanai on January 1, 1994, after seven years of dating.

The couple has three daughters together. Their work with the Bill & Melinda Gates Foundation has included everything from eradicating diseases across the world to developing sources of food for impoverished people. 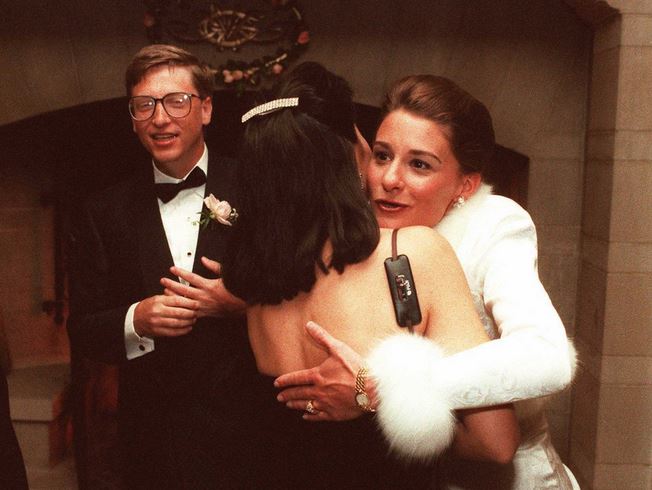 Bill and Melinda Gates were married in January 1, 1994.