Top 10 Most Haunted Train Stations Around The World

Serbian House Alone On Rock In Middle of River Drina

Train stations are places that have hundreds or thousands of human visitors pass through their doors. Travel by Rail was the only quick way to get from one place to another. They have horrible accidents occur in their vicinity. A surprising number of them are built on or near cemeteries. So it’s no surprise that these chequered histories are reflected in the hauntings that visitors and workers experience in them.

These ghost stations are pieces of history, often with an eerie feel. We can think of the people and the places they may have been going when the stations were ‘alive’ and functioning as we stand in them or look at their images. In some ways the stations still are alive; the platforms have a memory, and if we are very quiet we may experience what it must have been like back in time. Here are ten of the most incredible ghost stations we found. 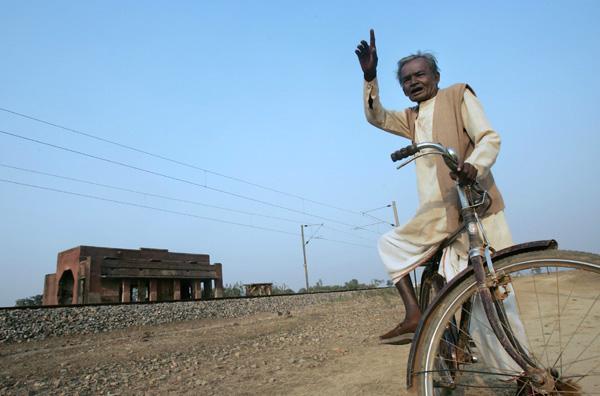 Begunkodor is a small village 161 miles from West Bengal’s state capital, Calcutta, India. Locals had difficulties travelling anywhere from the place as the station lay abandoned for some 42 years, ever since a railway worker saw a ghost there, and died shortly afterwards.

The white sari-wearing spectral lady who haunted the station was thought to have been the ghost of a woman run over by a train. Dancing on the platform or wandering the tracks, her appearance caused the unfortunate fellow’s co-workers to abandon the station, so spooked were they by his accident and subsequent sightings.

Begunkodor reopened in 2009, however, with railway officials denying that the closure was caused by the phantom (they blame both the presence of narrow gauge rail, making it impossible for the newer fast trains to run on it, and it being a story dreamt up by workers who disliked being based at such a remote spot). As far as I can tell there have been no recent sightings of the lady in white. 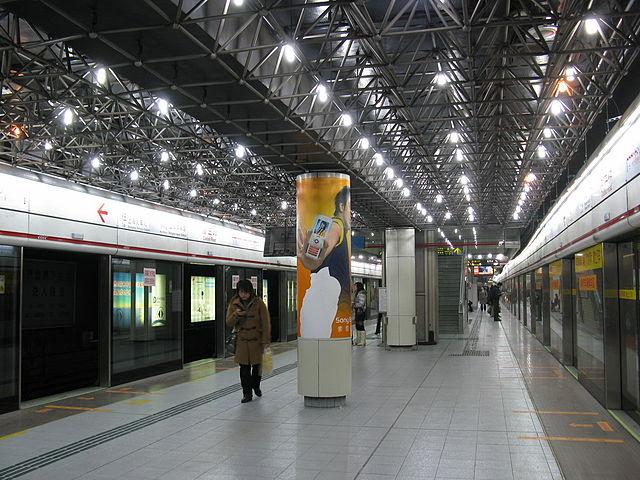 Caobao Road underground station on Line 1 of the Shanghai subway system has an extremely frightening reputation. As well as nine deaths taking place in mysterious circumstances at the station, trains inexplicably break down, ghosts are seen and innocent commuters are dragged from the platform by an inhuman hand.

A girl in red was spotted for quite a few days after she committed suicide, just sitting on a platform seat. A woman’s voice has been heard laughing along the darkness of the railway tracks, at a time of night when there should have been no-one there…

Perhaps the eeriest story is a member of public who fell off the platform. He didn’t slip and he didn’t jump – another commuter said they saw something push him.

Caobao is understandably nicknamed “Ghost Station” and the fact that it has been built very near a mortuary only serves to add fuel to the stories. 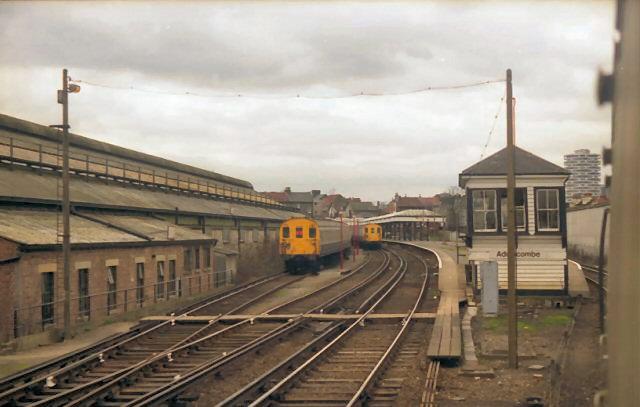 The carriage sheds and surrounding area at Addiscombe railway station, formerly in the district of Croydon, London, UK was plagued by ghosts before its demolition in 2001 to make way for the area’s new tramline.

A train driver killed on the line in the early 1900s roamed the area and it is perhaps he who is the grey figure with blurred features seen walking among the sheds: specifically around Siding No. 4 where a water boiler had in the past exploded, killing workers. (The area around that siding was thought to be colder than elsewhere on the railway land).

The same figure has been seen since the demolition, viewed from a safe distance from behind a fence in nearby Capri Road.

And was he the ex-train driver responsible for moving trains in the dead of night, when none should have been working?

Well that’s another story for another day… 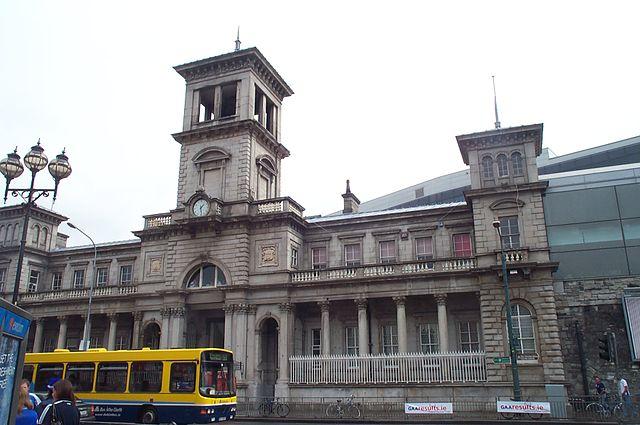 Connolly Station, one of Dublin’s main railway stations and Ireland’s largest, suffered bomb damage in an attack during the Second World War on nearby North Strand Road, 1941. Since then the buildings have been a focus of spectral soldierly sightings. It has also been subject to a full investigation by Irish Ghost Hunters.

It was a report of a soldier in grey walking along a disused platform that attracted IGH to the location in the first place, back in 2011, and in this video you can see for yourself what may indeed be poltergeist activity on the premises. It’s up to you to decide whether it was natural or supernatural causes that made the door slam shut…

Another security guard witnessed two figures in military gear on a camera but by the time he reached the area he’d seen them in, they had of course disappeared. 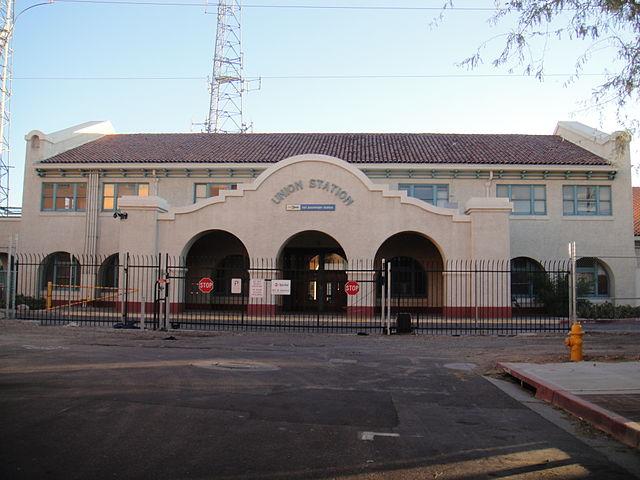 Phoenix’s Union Station in the state of Arizona, USA used to be the most important station in the city until the 1950s, when the new airport became Phoenix’s main gateway to the outside world. It was finally closed in 1995 by Amtrak and since then has been used only occasionally for tourist trains and the like.

Union Station is now the home to company offices and it’s those employees who experience the hauntings of Fred. The name was given by maintenance manager Dudley Weldon, according to The Arizona Republic newspaper, because it popped into his head one day.

He and others have seen a figure running away from them, another experienced a presence while in the attic (a room other employees refuse to go into as they believe it’s where Fred lives). There’s also a heavy door that opens and closes by itself, for no apparent reason – or perhaps by Fred. 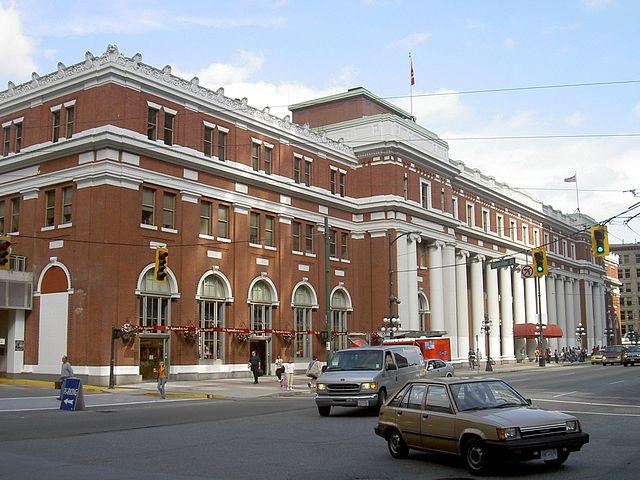 Waterfront Station, in Gastown, Vancouver is a still-bustling railway station built in 1915 and said to be one of the most haunted buildings in the city.

Like something from The Shining, a security guard on his rounds one night has seen a woman dressed as a 1920’s flapper, dancing to music from the same era. As he approached the woman she disappeared and the music stopped…

Another guard came face to face with the shining white ghost of an old woman who reached out to him as he came towards her. In a fright, the guard ran from the room. Poltergeist activity was also experienced when a guard had the fright of his life, a number of desks rearranging themselves to bar his way out of a room. Understandably, he left the scene in terror, too.

That isn’t all – phantom footsteps, ghostly figures walking the rails and more have been seen at this particular Union Station. 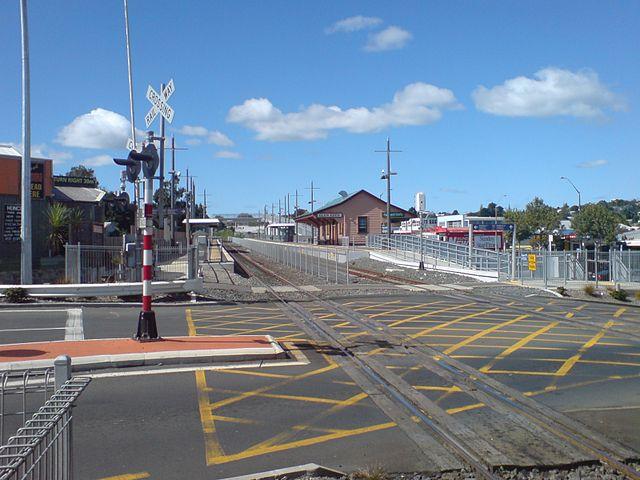 Glen Eden Railway Station lies in West Auckland, New Zealand. It’s another station with a connection to a cemetery: built to service Waikumete Cemetery, it carried the deceased and those who travelled with them to the nearby graveyard on a Sunday.

A new café opened in the station building as part of a restoration in 2001 and the workers there have had more than one visit from a ghostly figure whose history is known to them. Alec MacFarlane was a railway worker who was killed at 3pm on January 11, 1924 when a mailbag hook from a passing train struck him between the eyes.

Some have seen who they believe to be MacFarlane – they describe a man with a grey beard and a trench coat, while one employee encountered a man in a top hat who vanished before her eyes. Another has seen a spectral face at the window. 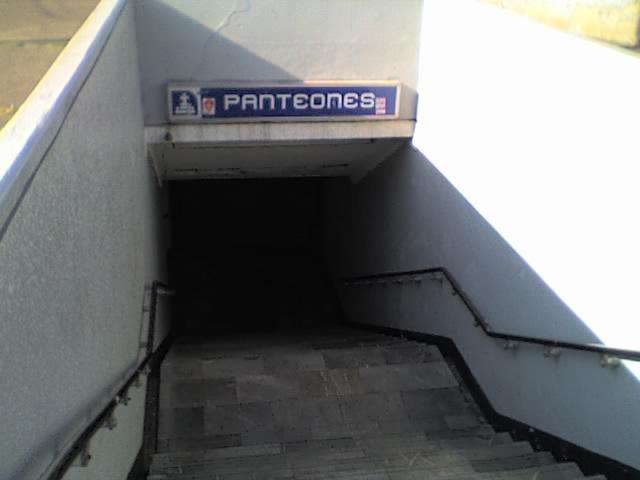 Panteones Metro Station, on Line 2 of the railway serving Mexico City was bound to attract stories. Its name means “Graveyards” because it was built close to two old cemeteries – and as we know from the stories above, this is very likely to lead to stories of hauntings. Panteones doesn’t let us down.

In the tunnel between Panteones and Tacuba stations, ghostly knocks on the walls have been heard in the pitch black, and shadowy lumps appear and disappear when workers approach them.

There’s an extremely eerie video made in 2009 that appears to show train engineers hearing screams further along the track. Listen out for the hair-raising sounds at 0.26, 0.55 and 0.58. The screams aren’t a one-off incident – they’re said to be heard regularly after the station closes for the night.

So, what do you expect from a station named after places where the dead dwell? 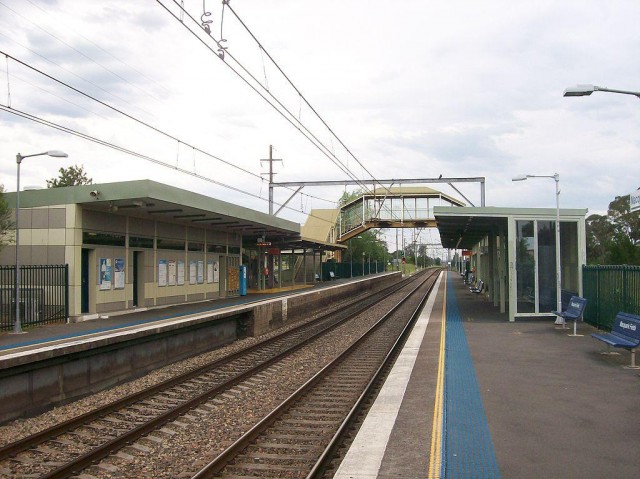 The suburban railway station of Macquarie Fields lies to the South-West of Sydney, New South Wales in Australia. It’s a quiet station that looks relatively harmless to those who don’t know its story.

The problem is, late at night the ghost of a teenage girl is said to haunt the nearly deserted station, and has allegedly been seen by more than one person. She walks around screaming, her screams getting louder and louder. She is dressed in her dancing clothes, clutching her chest, which is covered in blood. She also sits in the station, staring in front of her and moaning, groaning and giving the appearance of being a not altogether happy ghost.

The station was investigated by Ghost Haunting Australia who photographed apparent ectoplasmic manifestations and ghostly figures watching them. They plan to go back to the site for a more further investigation. 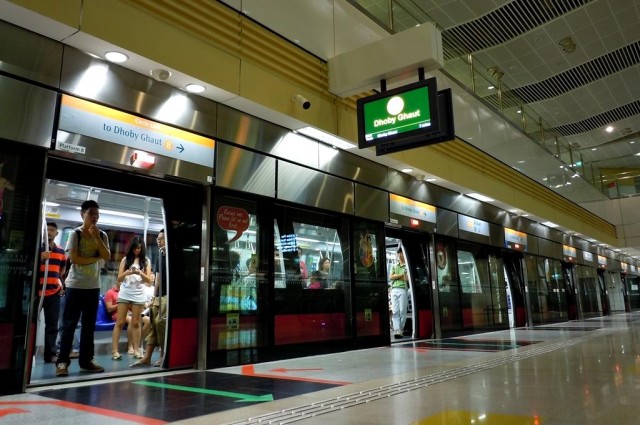 There are a number of Singaporean MRT (Mass Rapid Transport) stations that are said to be haunted, but Bishan MRT in central Singapore is the one of the most famous. Having been built on the site of the former Bi Shan Teng cemetery, stories of hauntings began circulating as soon as it opened in 1987. Another station not far away, Novena, was also built on a cemetery and started attracting stories of phantoms soon after it opened.

A spooky incident occurred when a woman leaving the train one day in the early 1990s fainted, and reported to bystanders when she came round that she had been groped by unseen hands on exit from the train.

Maintenance workers have seen coffin bearers walking the tracks, headless figures have been encountered and phantom passengers have been spotted, all in or around the station.  Perhaps most flesh-creepingly of all, people have heard footsteps on the roofs of moving trains.

These ten examples are among the best, but there are many thousands of abandoned stations around the world. When you pass them, don’t just think of it as a closed station, but recall the history it holds – the lives and drama of the people who used it, the soldiers who went off to war, the lovers who parted or reunited, and the families who came together for reunions.