Did you know that in the middle of the desert, there's a 2-acre stretch of land whose owner has declared the Republic of Zaqistan? Meet Zaq Landsberg, a New York artist who created the ultimate escape from hectic city life – his own country in the middle of nowhere!

It all started in 2005, when Zaq managed to acquire a two-acre piece of uninhabited land in a remote Utah desert for a mere $610. Believe it or not, he actually bought it on eBay. On his first visit to the site, he installed a red-and-yellow flag bang in the middle for future identification. Not long after that, he was struck by an idea – why not turn the area into a sovereign nation named after himself? And that’s how the nation of Zaqistan was born. 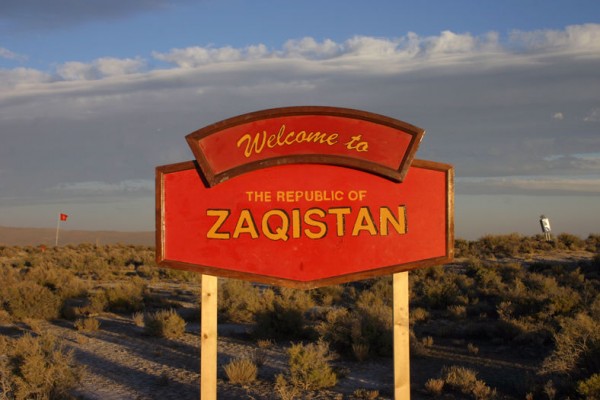 “When I bought the land, it was right after Hurricane Katrina, and it was a pretty dark time, politically, in our country,” he said. “I thought, ‘I can run a country better than these clowns.’ So I started creating something out of nothing in the desert.” And that became the nation’s official motto: “Something from nothing.” 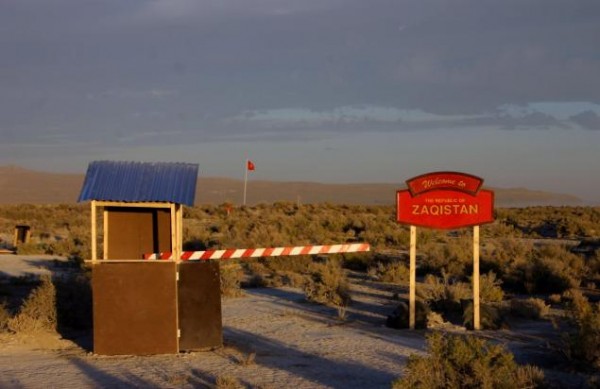 Zaq now visits Zaqistan for a few days every year, creating artistic monuments on each visit. The nation now has a victory arch, a bed of plastic wildflowers, and a geodesic dome that had vanished for two years due to high winds. He’s also got a border patrol gate with a giant robot sentry, and sells realistic $40 passports through his website. Zaq doesn’t plan on building any cabins on the site though, because there is no water source nearby. The nearest town, Montello, is about 60 miles away. 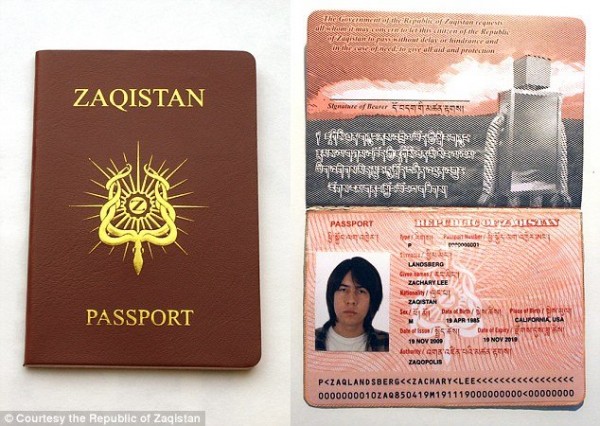 Some of Zaq’s closest friends are proud owners of Zaqistan passports, and they occasionally visit the place to ‘hang out’. His girlfriend, Ana Fisyak, recently applied for citizenship. Although she’s a ‘city girl’ from Brooklyn, she visited the sagebrush-covered nation a couple of months ago, and apparently had a great time. “We made our own coffee, cooked rice and beans, saw plenty of scorpions, and slept under the stars,” she said. “I’d never seen the Milky Way before and that was incredible. It would be nice to have a porch and some rocking chairs – we’d be all set then. With beautiful sunrises and sunsets, that’s all we really need.” 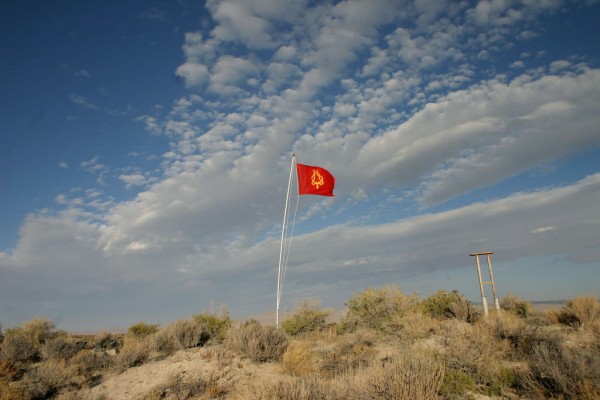 But she’s quick to admit that she’d never live there, even if her application does go through. “It’s like being on the moon,” she said. Well, actually it’s more like Mars – hot, windy, red, and rocky – so much so that NASA had the Mars Desert Research Station (MDRS) set up in the area, where researchers dressed in space suits live in isolation to experience life on  the red planet. 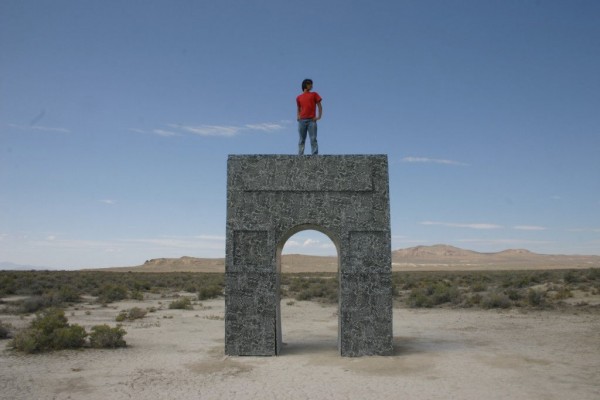 “It’s an extremely remote and inhospitable place,” added Michael Abouzelof, another Zaqistan passport holder. “There’s no reason anyone would want to be there. “When I looked at the bushes, I just thought, wow, mad props to this guy for pulling this off.” 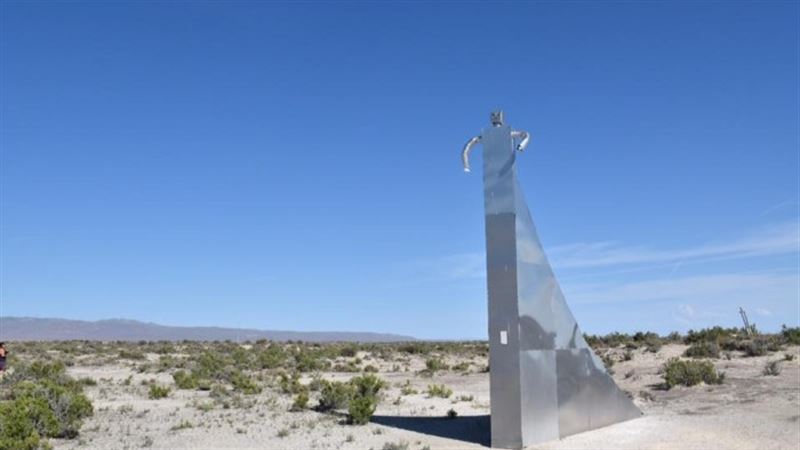 “It’s pretty harsh,” Zaq agreed. “Incredibly hot during the day, cold at night, with gale force winds that come in occasionally. I’ve grown to like it, but it’s about as far away as you can get.” But that hasn’t stopped him from spending $10,000 on ‘improving’ the nation.

“My ultimate goal is for Zaqistan to one day become a legitimate country,” he added. He does pay property taxes every year, so officials say that what he’s doing isn’t illegal. But they can’t fathom why he’d want to make such a barren piece of land his nation. “As this two-acre experiment continues, I urge President Landsberg to adopt baseball as his country’s national pastime,” Congressman Ron Bishop, whose district Zaqistan comes under, joked. “The great sport of baseball has served America well, and it can do the same for Zaqistan. Few sports can unite the people of a fledgling nation like America’s pastime.” 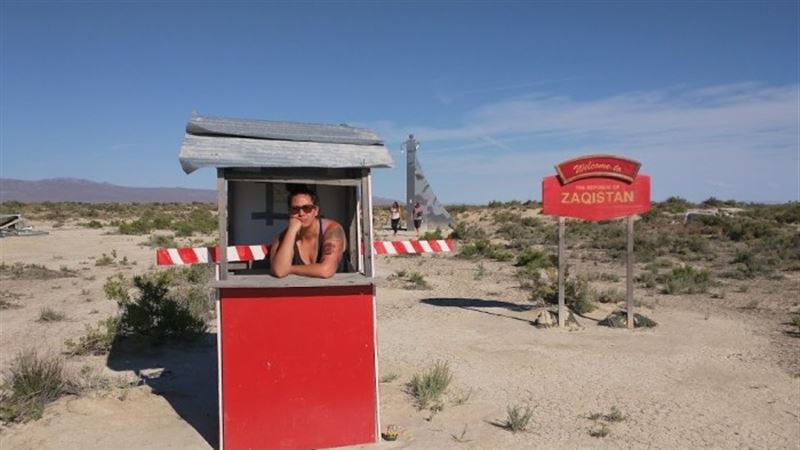 Zaq, on his part, welcomes questions about his motive behind going rogue. And his response is simple: “There is no legal standard for what is a country and what is not. I would describe Zaqistan as a de facto sovereign. The government isn’t recognising Zaqistan sovereignty, but they’re not stopping me from doing my thing out there.”

“Nobody has hassled me,” he added. “And one reason is because things are so spread out. I own a speck of desert in this vast desert where there’s no one. They’d have to find me first.”

“Zaqistan is here to stay and it will be here for a very long time.”