Serbs vs Albanians: Why Do They Hate Each Other? | Albania–Serbia Relation

Highest No. Of Women MPs Elected In 2019 | Female Members Ruling In Parliament

Since the time when Annie Mascarene was elected first woman independent candidate from the Thiruvananthapuram Lok Sabha constituency in the 1951 Indian general...
Read more
Politics

Earlier this month, a mass fight broke out during a football match between Serbia and Albania after a drone carrying Albania's flag flew onto the field. The violence amongst players and fans captured the deep animosity between the two countries. So why are the two nations so mad at each other? Just watch YouTube Video ByTestTube Team.


A Euro2016 qualifier betweeen Serbia and Albania was called off last year, after fights among players and supporters, sparked by a drone with a pro-Kosovo flag landing on the pitch. Here euronews examines why both countries are at loggerheads.

The tension centres around the history of Kosovo, a disputed area between Serbia and Albania. The majority of its inhabitants are ethnic Albanians. 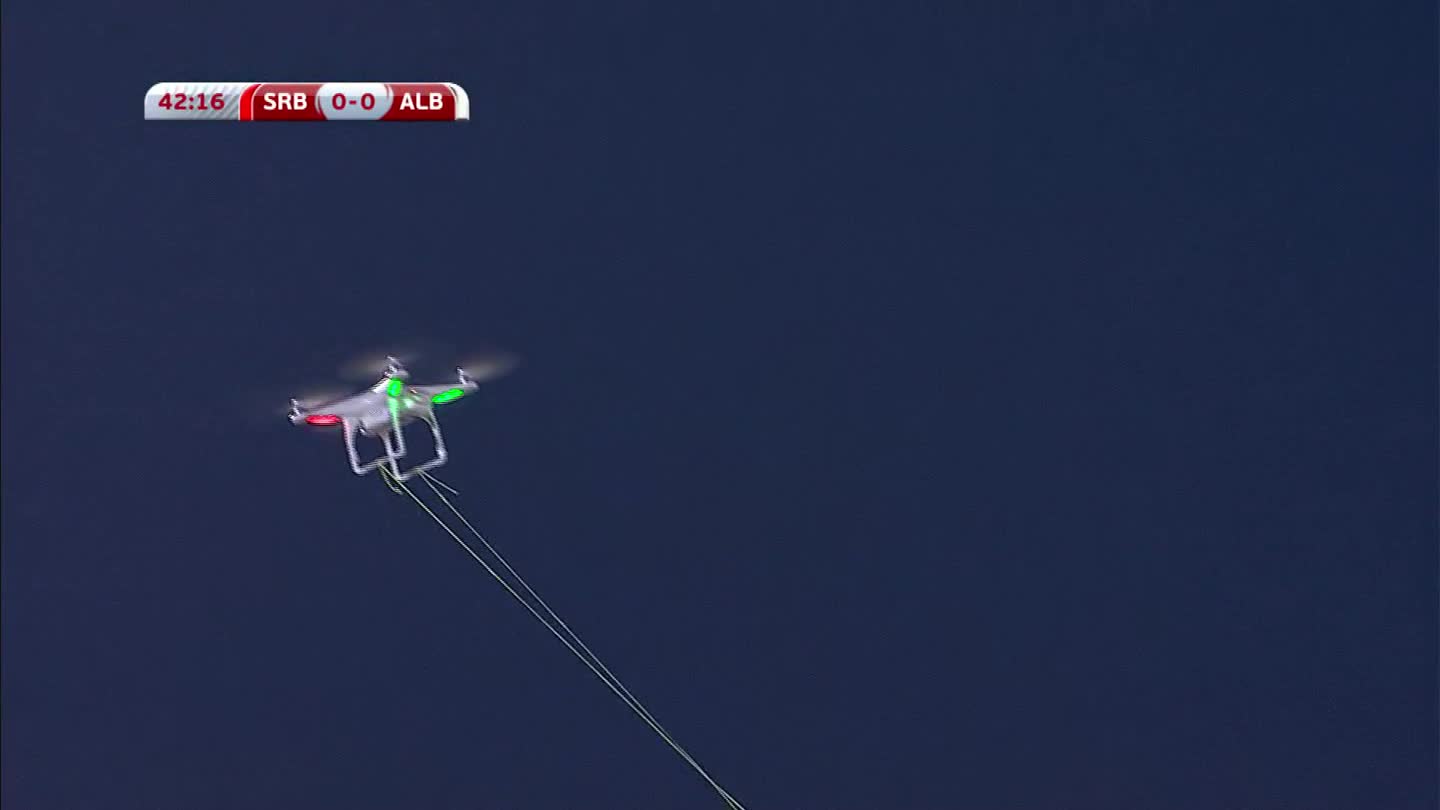 Kosovo had enjoyed a high degree of autonomy within Serbia. But that changed in 1989 when the then province’s status was rescinded, bringing it under the direct control of Belgrade, the capital of Serbia.

It came as communism was collapsing in Europe. That saw increased nationalism in Yugoslavia, which was made up of Slovenia, Croatia, Bosnia-Herzegovina, Serbia, Montenegro and Macedonia.

Slovenia, Croatia and the Muslim government of Bosnia-Herzegovina declared independence from Yugoslavia in the early 1990s. 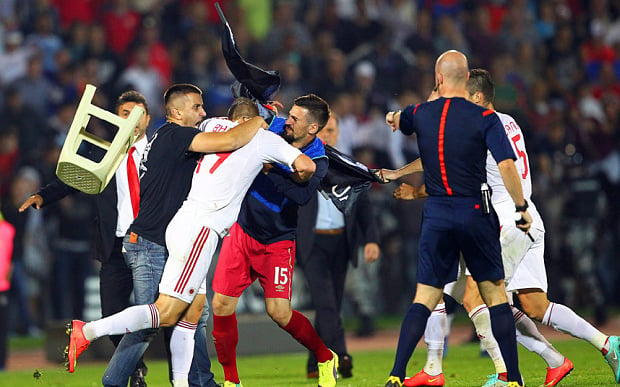 Serbs settled in the Balkans in the 7th century and ruled Kosovo for more than two centuries until, in 1389, following the Battle of Kosovo, control passed to the Ottoman Empire.

Kosovo remained part of Ottoman territory until the Balkan Wars of 1912, when it was re-conquered by Serbia.

It is perhaps Serbia’s medieval period of control of Kosovo which lies behind nationalists’ claims to the province – some consider it the cradle of the culture and state of the Serbian people.

But Albanian claims to the territory pre-date the arrival of the Serbs. Nationalists argue Albanians are descendants of an ancient tribe who allegedly inhabited the western Balkans before the 7th century.


A brief timeline of key events in Serbia-Albania relations, beginning in 1945: 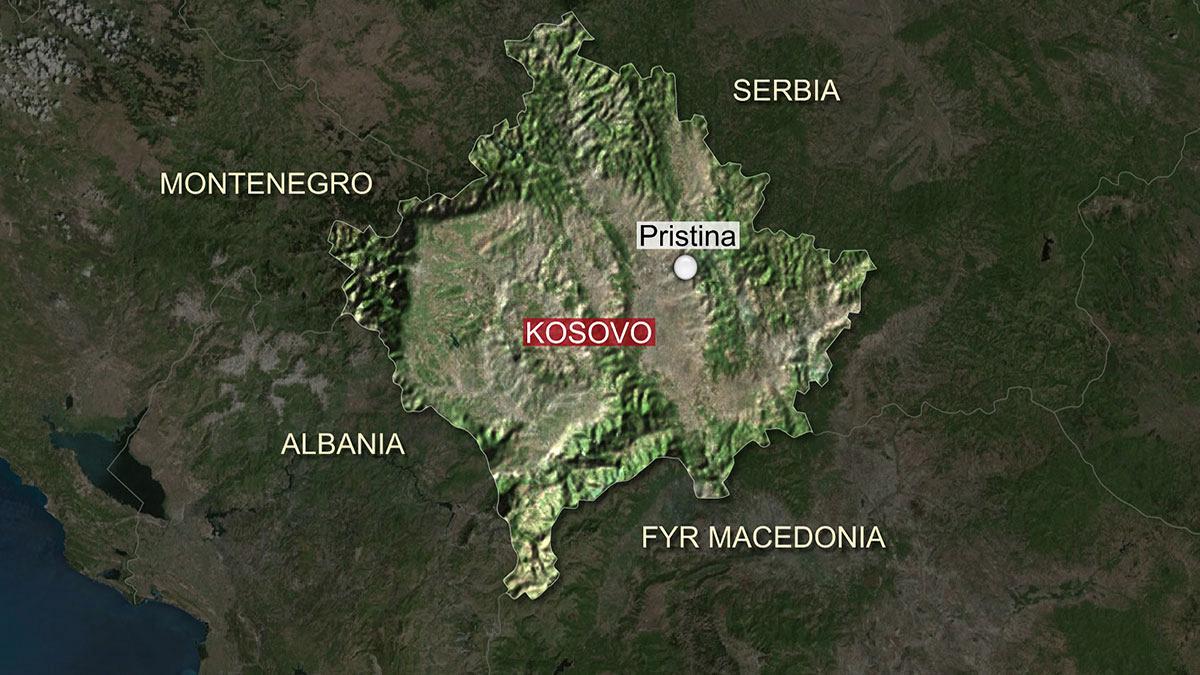 1974 – Under the fourth iteration of Yugoslavia's constitution, Kosovo is rewarded even more autonomy, though still a part of Serbia.

1980s – Tensions rise in Kosovo between the Albanian majority and Serbian minority.

1997 – Milosevic is elected President of Yugoslavia.

1998 – The Albanian-led Kosovo Liberation Army starts fighting against Serbian rule. Serbian authorities respond with brute force and hundreds of thousands of Kosovo Albanians flee the region for Albania. Tens of thousands Albanians are killed by Serbian forces. About 1,500 Serbians are killed in the conflict.

2001 – Authorities arrest Milosevic in Belgrade, charged with misuse of state funds and abuse of power. In June, Serbian Prime Minister Zoran Djindic overrules this and extradites Milosevic to be tried at the Hague war crimes tribunal. Later, in November, Kosovo elects Ibrahim Rugova as its first president.

2002 – In February, Milosevic goes to trial in The Hague, facing charges of genocide and war crimes. Several of Milosevic's top aides are also called to face trial. In 2006, as his trial was still going on, he was found dead in his cell and returned for burial in his hometown of Pozarevac.

2004 – Violent clashes break out in Kosovo between Serbs and ethnic Albanians, prompting intervention from NATO forces.

2006 – In October, voters in Serbia approve a new constitution that declares Kosovo part of Serbia. Kosovo's Albanian majority protests the ballot measure and boycotts the election.

2007 – UN ambassador Martti Ahtisaari presents a plan for Kosovo to gain independence. Albanians in Kosovo welcome the initiative, but it's rejected by Serbia. This leads to a stalemate in negotiations, with Kosovo's ethnically Albanian leadership saying it will push for unilateral independence. Serbia vows to resist any moves to independence.

2008 – In February, Kosvo declares itself an independent state. This is immediately rejected by Serbia and the two will not engage in diplomatic talks until March 2011. Later that year, the talks are called off after 16 ethnic Serbs and four NATO peacekeepers are injured in clashes over Kosovo border crossings.