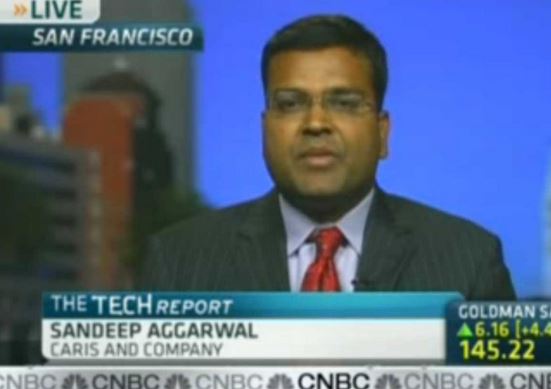 Aggarwal, who lives in India and recently returned to the U.S.,  is accused of tipping off former SAC portfolio manager Richard Lee about a pending deal between Microsoft and Yahoo!. U.S. prosecutors said in a federal indictment that Lee pleaded guilty to insider trading charges. U.S. prosecutors said that Lee received non-public information in July 2009 about confidential talks between Yahoo! and Microsoft.

Last week, Steve Cohen’s $14 billion SAC Capital was indicted by a federal grand jury on criminal charges of insider trading. The hedge fund behemoth was charged with four counts of securities fraud and one count of wire fraud. Defense lawyers for the fund pleaded not guilty.

Sandeep Aggarwal founded major Indian ecommerce website Shopclues and recently raised Shopclues.com recently raised $10 mn from Helion Venture Partners, Nexus Ventures and Netprice.com Chief Executive Officer Teruhide Sato. This development was earlier reported by Iamwire. The investment is an interesting development given that less and less risk capital is chasing ecommerce companies these days because of regulatory uncertainty and companies not showing any signs of profitability.

As per Business Insider, The SEC alleged last Thursday that Lee’s illegal trading based on nonpublic information helped his hedge fund generate more than $1.5 mn in illegal profits. The trading occurred ahead of public announcement about a Microsoft-Yahoo partnership and the acquisition of 3Com Corporation by Hewlett Packard, said the Securities and Exchange Commission.

According to the SEC statement:

On the evening of July 9, 2009, AGGARWAL learned from a friend who was an employee of Microsoft that discussions about the Partnership had recommenced and that a transaction was likely within the next few weeks. The next day, AGGARWAL provided information about the Partnership to at least two different hedge funds, including to Richard Lee, then a portfolio manager at SAC Capital Advisors LP. On July 10, 2009, AGGARWAL told Lee, in substance, that he had heard from a source – whom AGGARWAL described as “a senior guy at Microsoft” – that (a) senior Yahoo executives had been meeting with senior Microsoft executives at Microsoft’s offices; (b) senior Microsoft executives were making requests for information that suggested to the sources that a deal was likely to be completed soon; (c) the success of Microsoft’s Bing search engine had caused Yahoo to move closer to Microsoft’s offer; and (d) it was likely that the deal could be announced within the next two weeks. Thereafter, Lee’s hedge fund purchased several hundred thousand shares of Yahoo stock, and Lee purchased 25,000 shares of Yahoo stock in his personal account.

– From the U.S. Attorney’s release

As alleged, Sandeep Aggarwal leveraged his contacts in the technology industry to obtain an illegal edge in the form of inside information about a highly anticipated development, and then lied about his criminal conduct. With his arrest today, we continue our work to investigate and prosecute privileged professionals who think the laws requiring honesty and fair play do not apply to them.

– From the U.S Attorney’s release

The Killer Clowns Return, And They Are Even...

Killer Clown 4 - Massacre! Scare Prank! Damn! They are f**king scary. ***DO NOT TRY TO EMULATE THIS AT HOME*** https://www.youtube.com/watch?v=0RO_HQMvxLo
Read more

Indian brides are the best part of the Big fat Indian weddings. They are the main attraction in a wedding (Except, after the food...
Read more

Jorge Mario Bergoglio (Pope Francis) was elected the 266th pope of the Roman Catholic Church in March 2013, becoming Pope Francis. He is the...
Read more

Time is changing...generation is changing...Now its time for us Indians to think beyond Cricket and support other games in a similar pashion Watch below video...
Read more

A Dog Trying To Save Fish Out of...

In the city of Phetchaburi in Thailand, a dog discovered the fish out of the water and unconscious on the pavement. It will try...
Read more
Load more