The tortoise and the hare story. V 2.0

Good old lessons in teamwork from an age-old fable 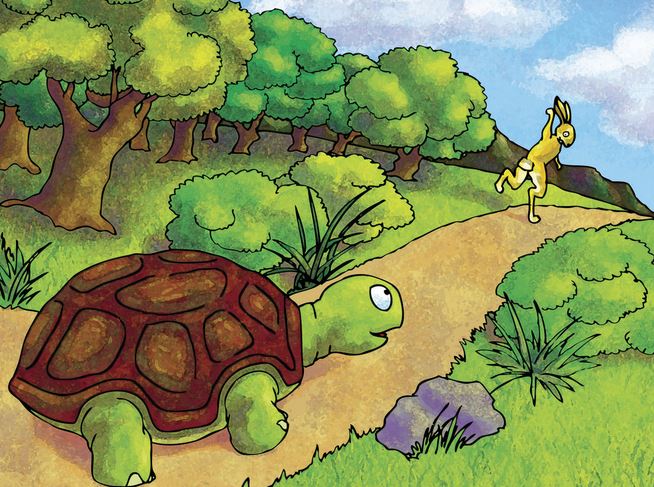 Once upon a time a tortoise and a hare had an argument about who was faster.

They decided to settle the argument with a race. They agreed on a route and started off the race. The hare shot ahead and ran briskly for some time. Then seeing that he was far ahead of the tortoise, he thought he'd sit under a tree for some time and relax before continuing the race. He sat under the tree and soon fell asleep. The tortoise plodding on overtook him and soon finished the race, emerging as the undisputed champ. The hare woke up and realised that he'd lost the race.

Slow and steady wins the race. This is the version of the story that we've all grown up with.

But it doesn't end up here, It continues : 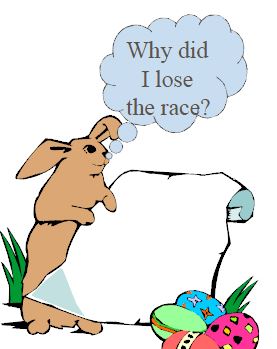 The hare was disappointed at losing the race and he did some soul-searching. He realised that he'd lost the race only because he had been overconfident, careless and lax. If he had not taken things for granted, there's no way the tortoise could have beaten him. So he challenged the tortoise to another race. The tortoise agreed. This time, the hare went all out and ran without stopping from start to finish. He won by several miles.

But the story doesn't end here. The tortoise did some thinking this time, and realised that there's no way he can beat the hare in a race the way it was currently formatted. He thought for a while, and then challenged the hare to another race, but on a slightly different route. The hare agreed.

They started off. In keeping with his self-made commitment to be consistently fast, the hare took off and ran at top speed until he came to a broad river. The finishing line was a couple of kilometres on the other side of the river. The hare sat there wondering what to do. In the meantime the tortoise trundled along, got into the river, swam to the opposite bank, continued walking and finished the race.

First Identify your core competency and then change the playing field to suit your core competency. In an organisation, if you are a good speaker,make sure you create opportunities to give presentations that enable the senior management to notice you.

If your strength is analysis, make sure you do some sort of research, make a report and send it upstairs. Working to your strengths will not only get you noticed, but will also create opportunities for growth and advancement. 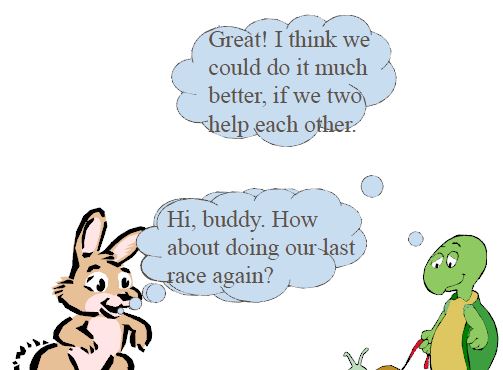 The story still hasn't ended. The hare and the tortoise, by this time, had become pretty good friends and they did some thinking together. Both realised that the last race could have been run much better.

So they decided to do the last race again, but to run as a team this time. They started off, and this time the hare carried the tortoise till the riverbank.There, the tortoise took over and swam across with the hare on his back. On the opposite bank, the hare again carried the tortoise and they reached the finishing line together. They both felt a greater sense of satisfaction than they'd felt earlier.

It's good to be individually brilliant and to have strong core competencies; but unless you're able to work in a team and harness each other's core competencies, you'll always perform below par because there will always be situations at which you'll do poorly and someone else does well. Teamwork is mainly about situational leadership, letting the person with the relevant core competency for a situation take leadership. 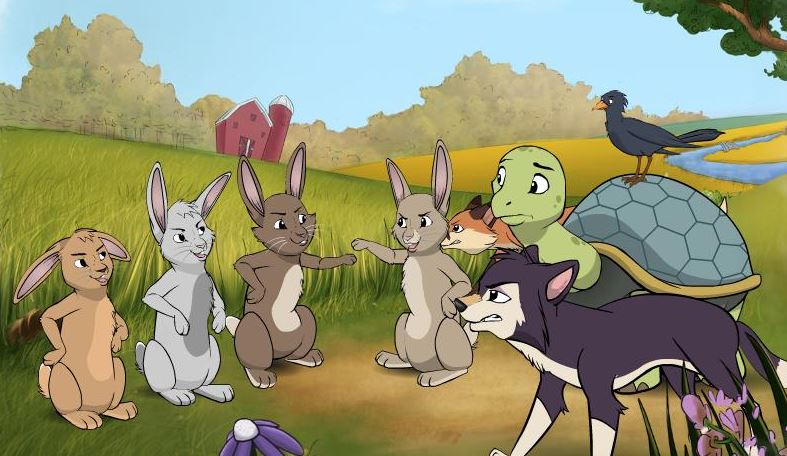 Now you might be thinking it's a sub-standard motivational story? Read on….

When Roberto Goizueta took over as CEO of Coca-Cola in the 1980s, he was faced with intense competition from Pepsi that was eating into Coke's growth. Yes we are talking about cola war here. His executives were Pepsi-focussed and intent on increasing market share 0.1 per cent a time. Goizueta decided to stop competing against Pepsi and instead compete against the situation of 0.1 per cent growth. He asked his executives what was the average fluid intake of an American per day? The answer was 14 ounces. What was Coke's share of that? Two ounces. Goizueta said Coke needed a larger share of that market. The competition wasn't Pepsi. It was the water, tea, coffee, milk and fruit juices that went into the remaining 12 ounces. The public should reach for a Coke whenever they felt like drinking something. To this end, Coke put up vending machines at every street corner. Sales took a quantum jump and Pepsi has never quite caught up since.

To sum up, the story of the hare and tortoise teaches us many things. Chief among them are that

* Fast and consistent will always beat slow and steady;
* Work to your competencies;
* Pooling resources and working as a team will always beat individual performers;
* Never give up when faced with failure; and finally.
* Compete against the situation – not against a rival.