One of the most unusual, most aggressive tribe in the world is tribe Mursi living in a hard region of Ethiopia. “It’s better to die than live without killing” is the motto of Mursi men who in fact are all warriors.


The Mursi tribe are an African tribe from the isolated Omo valley in Southern Ethiopia near the border with Sudan. There are an estimated 10,000 members of this beautiful, sedentary tribe, whose lip plated face plate decorations are a source of endless fascination. Long may they, and their wonderful culture, live on. 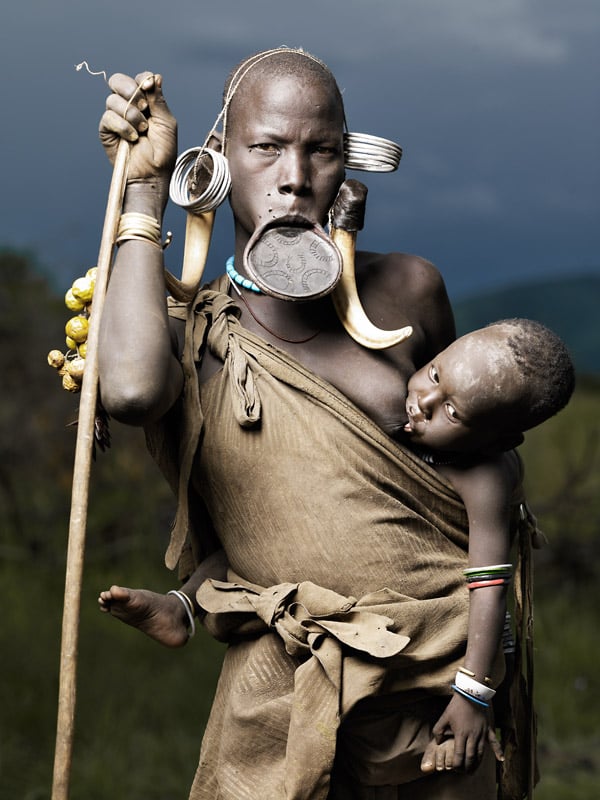 
Mursi worship the spirit of death, and from an early age, boys are brought Mursi with the understanding that a man should live in battles and dangers. As the boy grows, he must undergo a rite of initiation, which is to carry the fight on sticks dong. The stick is made of about 2-2.5 meters long and at its end is carved phallus, which indicates that this is an independent man and not a boy. At the same time fights on sticks held dong and to clarify the relationship and the resolution of disputes including for women. Just this kind of athletic competition and grooms Fair, the largest winners will favor women, and the champion will get the best girl neighborhood. At the same time fights on sticks dong is a good training and preparation for war. Since ancient times, there are conflicts between different tribes: for the best pastures, fertile land, water and livestock. 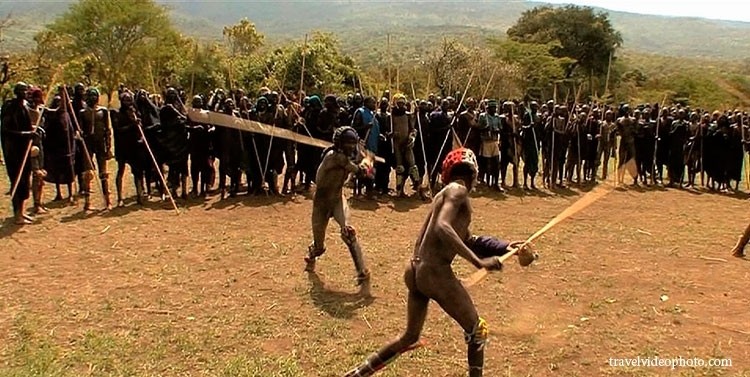 Mursi man all his life committed to graze cattle, fight on sticks dong and raids on their neighbors, taking cattle and ambushing. They were engaged in it, partly out of habit, partly for production and partly for the sake of courage. As soon get the chance, Mursi man tries to buy the AK, which cost 8-10 cows per model old-fashioned, but the latest models are 30-40 cows. 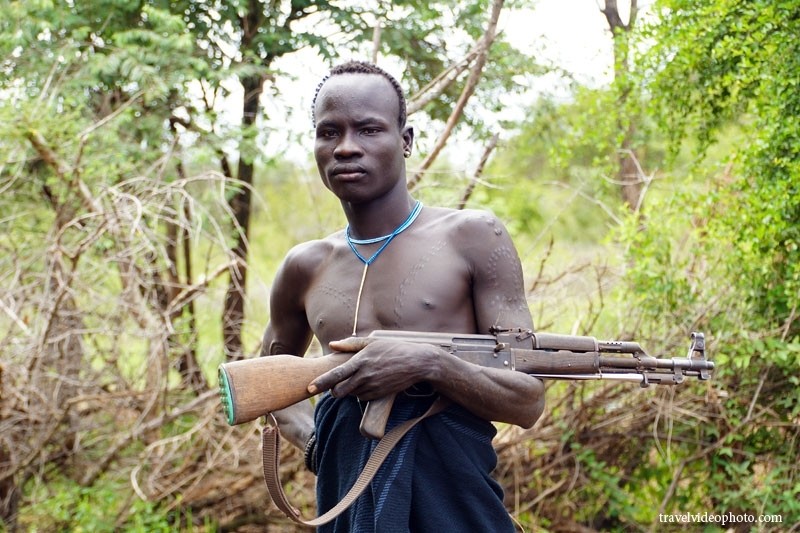 Machines are available from neighboring countries where armed conflicts occur, such as Sudan and Somalia. 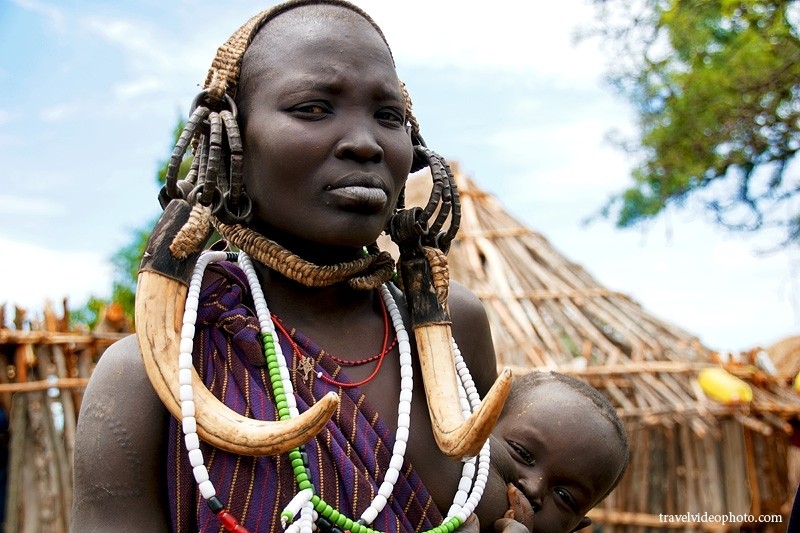 All Farm Tribe is on women, for men, such work is considered shameful. 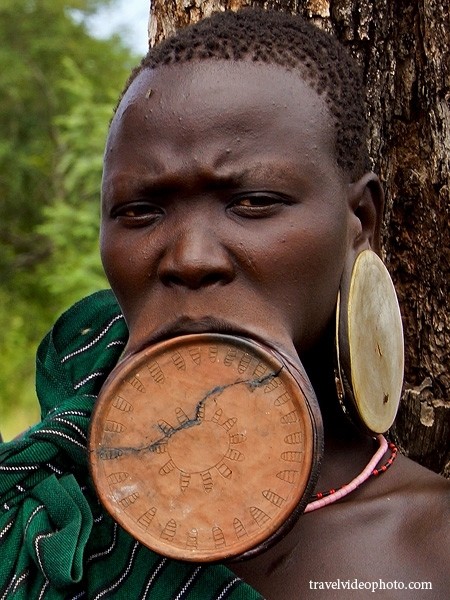 Widespread in the tribe Mursi are plates which are inserted into the lower lip, it happens that at the top. These plates have the function of a wedding ring. 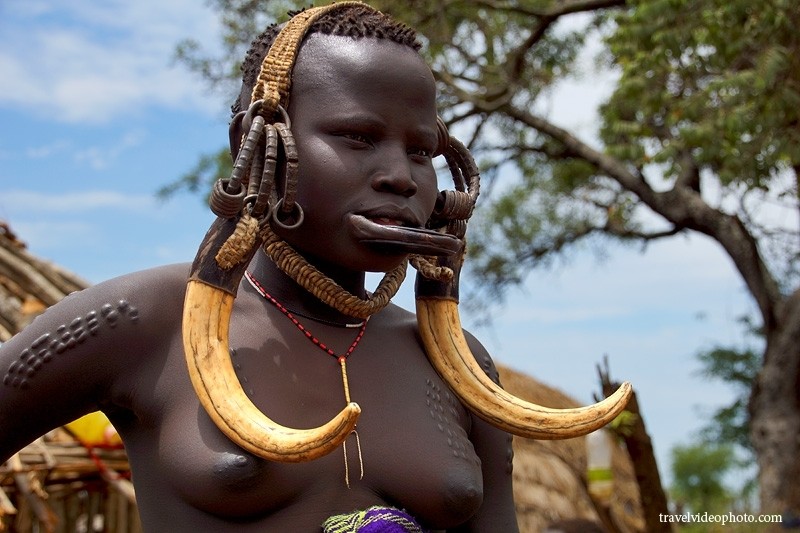 Young girls pierce his lip with the tip of a knife or arrows. Please do not insert objects of large size, gradually increasing them, well after starting to insert plates as first starting with the smallest. The more beautiful the dish is considered to be a girl, the more it will be worthy of redemption, which can reach up to 50 cows. 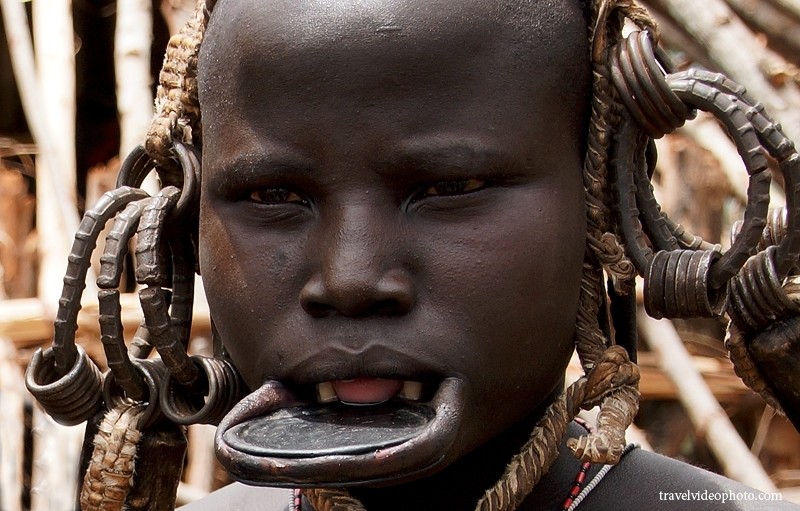 According to one version the plates Mursi women began to insert at a time when the first white men began to appear. Women Mursi whites were sexual exoticism and to avoid contact, as well as to make women unattractive men Mursi began to cut their lips. There is a pertinent question, how Morsi kissing. The answer is that, Mursi did not kiss in the conventional sense of the word.


Instead, a woman on a plate inserted into the lip puts mixture prepared from a marsh nut, has a narcotic effect and at the same time with a man licks the mixture language, the woman does it, thrusting tongue in a place where previously there were four lower tooth. This action in Mursi called "Kiss of Death". 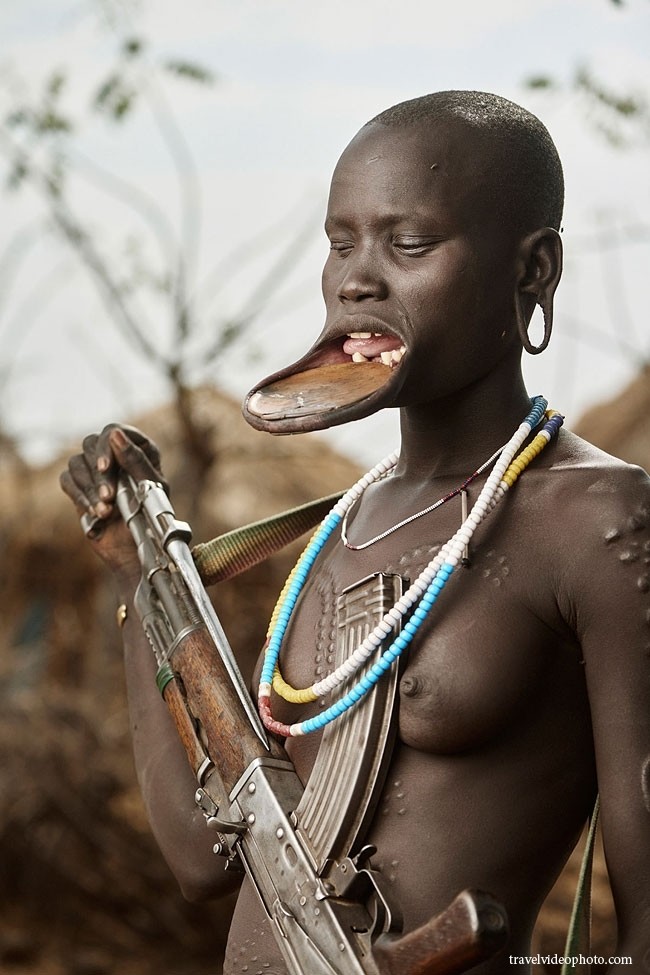 All married women go to such plates in the lips, pull them only in the aisles of a home or for some need. If a married woman has no plate means she married is not a virgin. If a married woman outside the home often goes without plates, which means that it is practically free. Marriages in Mursi are only between tribesmen.


At the same time among the Mursi women are not pierced his lips are very attractive. 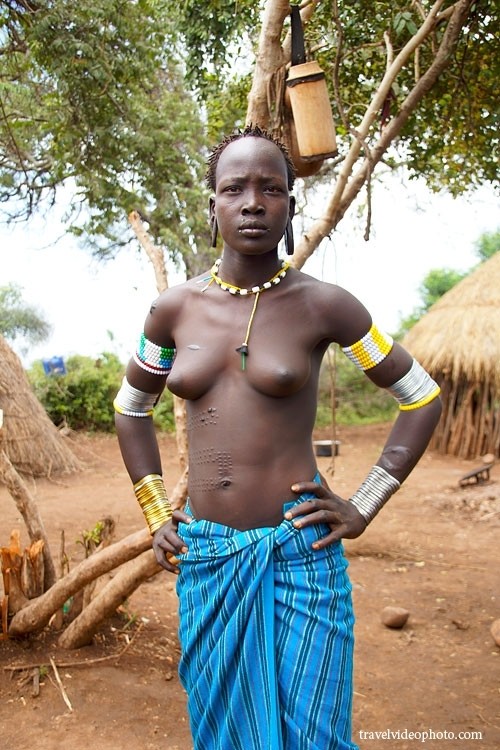 The Mursi tribe began to appear even women that follow the canons of modern fashion. 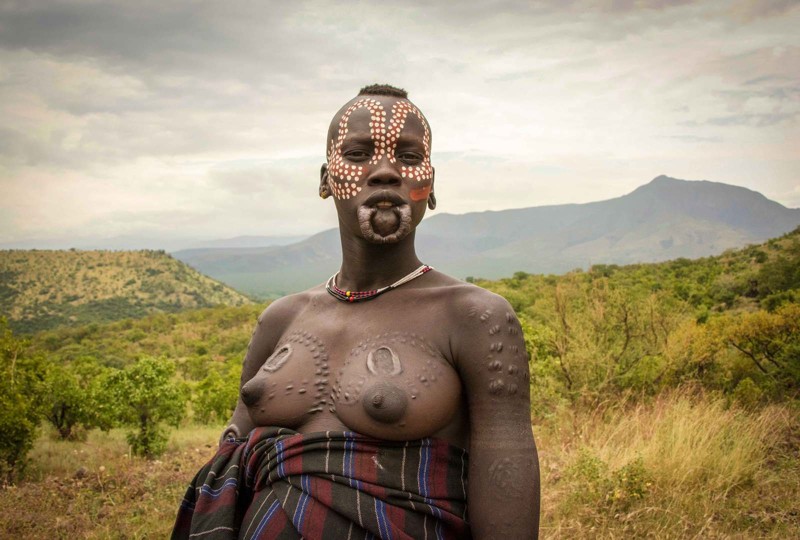 
In men, scars have a certain value. First of all men the scars is a symbol of courage and disregard for the pain. And such scars in the form of a horseshoe on his hand, saying the number of enemies killed. The score for men is carried on the right hand and the women on the left. If there is no place in the hands of scars are applied to the hips. 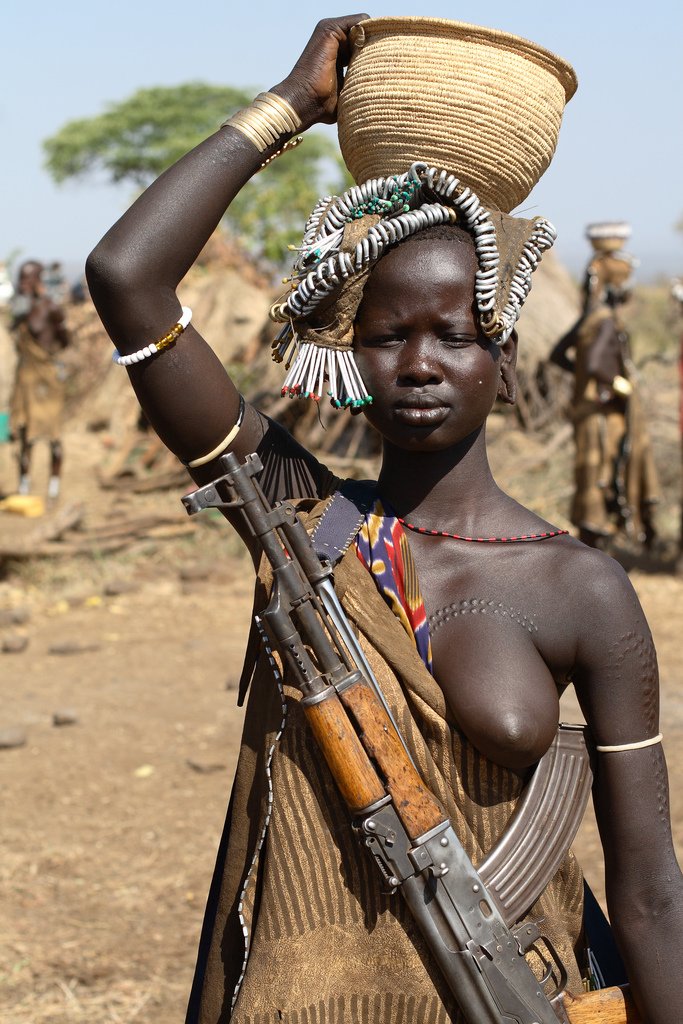 The most shocking of the tribe Mursi, is that what they are eating their dead countrymen, if they did not die of any disease. A dice allowed for household purposes.

Vital pillars of the tribe Mursi formed over the centuries. And today as a century ago, Mursi practice habits defy understanding of the common man, and everything seems to be the fact that Morsi will live as their ancestors still for many years.

Video – the real experience of visiting the Mursi tribe