A meal is never ever complete without indulging your sweet tooth and having a bite of dessert is it? Your dessert could be anything from ice cream to cake to fruits, but would you pay millions for it? Yes, there are desserts and people that are willing to shell out thousands of millions of dollars just to satisfy their love for desserts! The cost of the dental bill however pales in comparison to the cost of the desserts on this list. Very few people can afford to spend thousands of dollars on desserts but if you are wealthy and want to experience the unusual, be prepared to drop some hefty sums for your sweet tooth habit. These are some of the top ten most expensive desserts found in the world.

This Japanese based pastry chef created a cake of chocolatey goodness in the shape of the African subcontinent  which is his way of showing his love for his origins. The cake is embellished with over 2000 diamonds and comes up to a grand total of 5 million dollars, making it the most expensive dessert in the world! 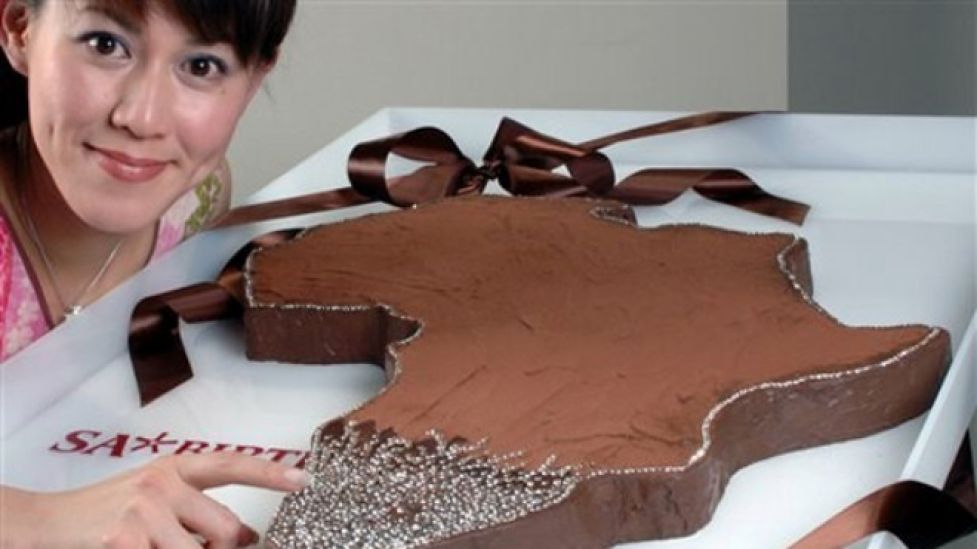 Christmas is the season of giving, so why don’t you brighten someone’s Christmas by getting them the most exclusive Christmas cake in the world? In 2005, a Tokyo based pastry chef baked a two layer hexagonal cake decorated with 223 diamonds which took 6 months to design and an extra month to make! It was put up for auction at an exhibition Diamonds: Nature’s miracles, and was sold for 1.7 million dollars. 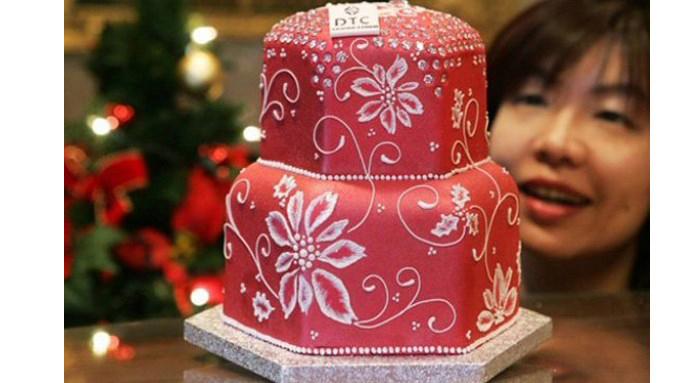 Strawberries and cream is just another substitute for heaven honestly, and I’m sure if they cost 1.4 million dollars, they must be heaven itself! The Arnaud’s restaurant in New Orleans offers this slice of heaven. These strawberries are soaked in wine worth $25,000 and served with whipped cream, mint and with a 4.7 carat purple diamond, 18 carat rose gold and 79 carats diamond ring. Yup, definitely heaven! 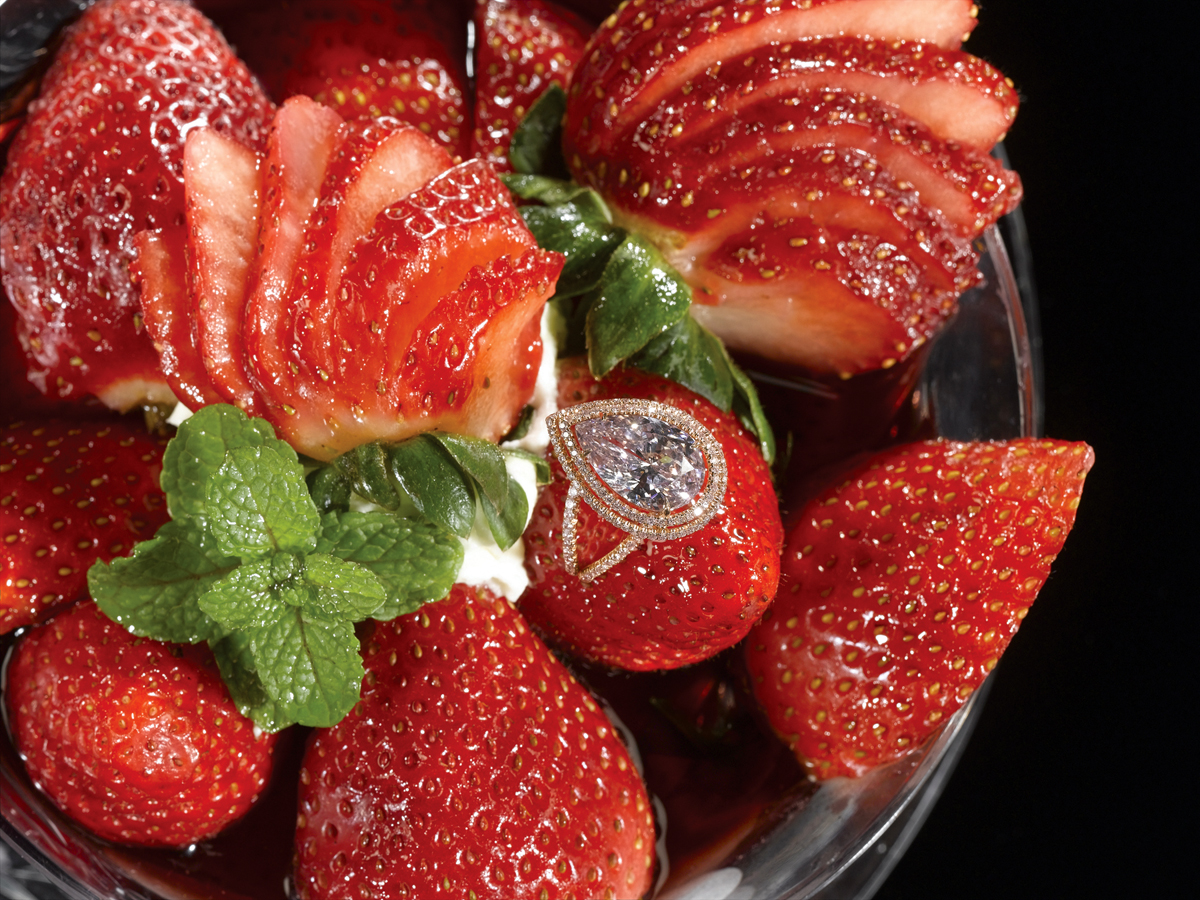 The Platinum Cake was made for two reasons. The first being to promote platinum jewellery and the second being to honor beautiful women especially the Japanese actress  Rinko Ki Kuchi.  This $130,00 cake is draped with platinum chains,necklaces, pins, pendants and edible platinum flakes.  A platinum lover’s  dream come true! 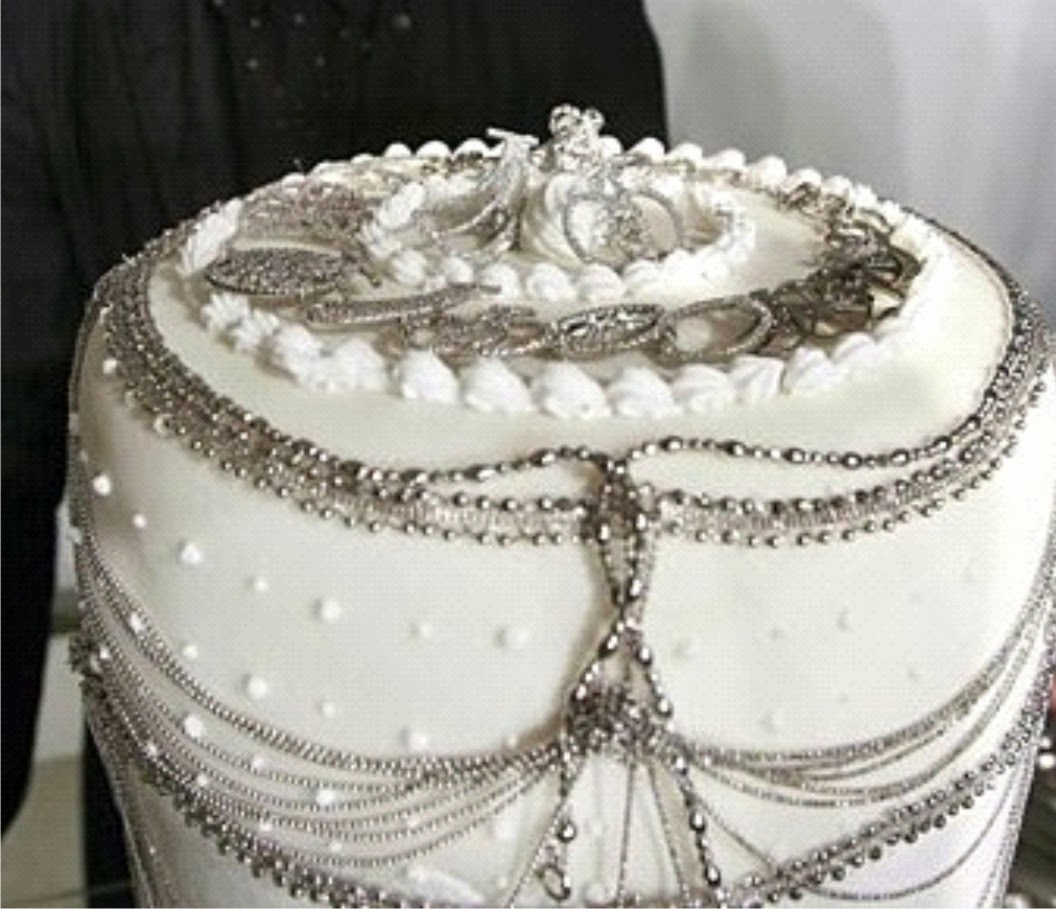 This ice cream is an absolute treat not only for the rich but also the adventure lovers!  The Three Twins ice cream is hand churned and made from the glacier ice of Kilimanjanro in Tanzania, and customers can climb the summit of Kilimanjaro just for a taste of this exclusive ice cream. All you have to do is pay $60,000 which includes first class airfare to Tanzania, five star accomadations, a guided climb, all the ice cream you can eat, and an organic t-shirt. Also a portion of this money goes to an African NGO! 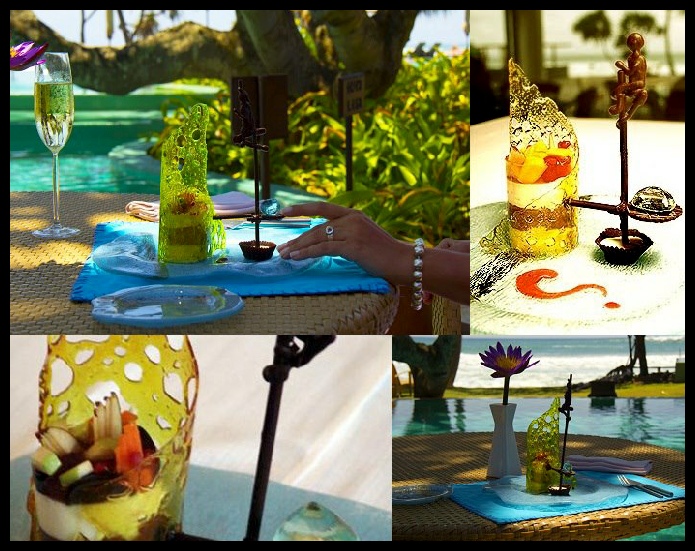 You must be wondering how chocolate pudding can be on the top ten most expensive desserts list right? Well, it can when its made of Biscuit Jaconde and Champagne jelly along with dark chocolate..and then covered with an edible gold glaze and decorated with 2 carats white diamonds! Made by Chef Marc Gulbert of Lindeth Howe Country House Hotel (England), this pudding costs a whopping $34,000! 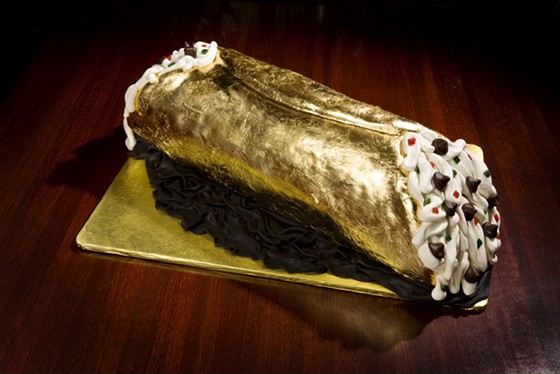 A cannoli is a type of tube pastry dessert which is so easy to make at home as well, but i doubt it would cost $26,000! However, the cannoli made Chef Carey Lennaccaro from Kansas, USA is definitely worth that amount. It is made with dark chocolate and filled with whipped ricotta cheese, chocolate and candied lemon which is all wrapped up in an edible gold leaf. But the most amazing part of this dessert is the Italian Diamond necklace that comes with it! This $25,000 dessert is chocoholic’s dream come true! The New York based restaurant, Serendipity 3, has made this chocolatey goodness with 28 different types of cocoa  imported from different parts of the world, and includes 5 grams of edible 23 carat gold. The dessert is served with whipped cream, le Madeline au truffle shavings and a take home folden spoon with white and chocolate colored diamonds. The base of the dessert goblet is decorated with an 18 carat diamond and gold bracelet! 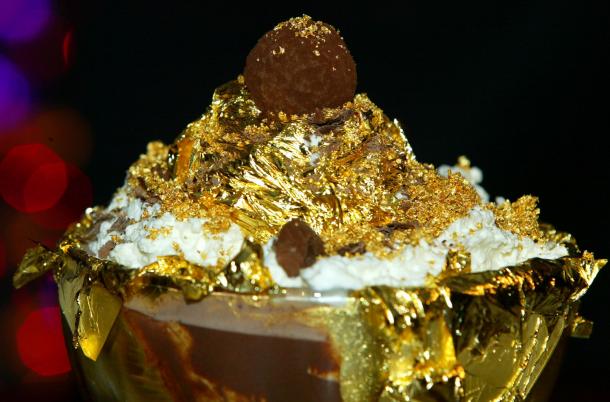 Stilt fishing is the traditional fishing method that is used in Sri Lanka. As a tribute to this ancient method, the Wine3 restaurant in Sri Lanka has whipped up a $14,500 dessert. This dessert is an Italian cassata made with an champagne base, edible gold, irish cream, mango and pomegranate. With the dessert, a hand made chocolate fisherman stilt scene is created along with a 80 carat aquamarine stone which you can keep if you dare to buy this dessert! 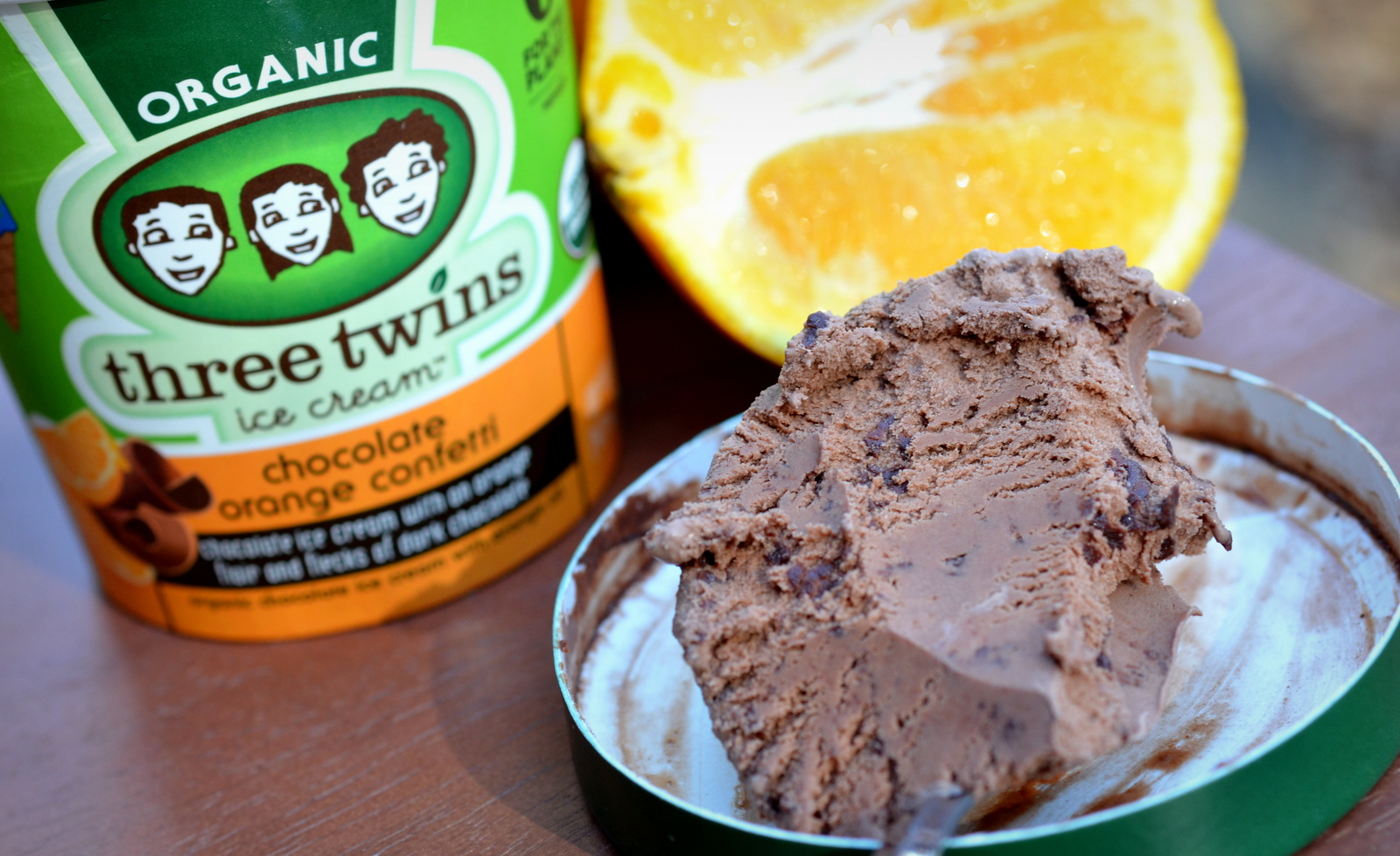 France is famous for its cutest dessert- the macaroon, which is now available all over the world! This dessert isn’t even very hard to make at home, after all they just meringue puffs filled with buttercream, so what makes the macaroons at  Haute Couture go up to $7,414? Pierre Herme, the French pastry chef who makes these special macaroons, says that these macaroons are so special because of the expensive and different ingredients such as balsamic vinegar, fleur de sel, red wine, and whatever else the customer wants are used. Apart from the ingredients, the magic of Pierre’s hands makes these macaroons the most tasty macaroons found in the world! 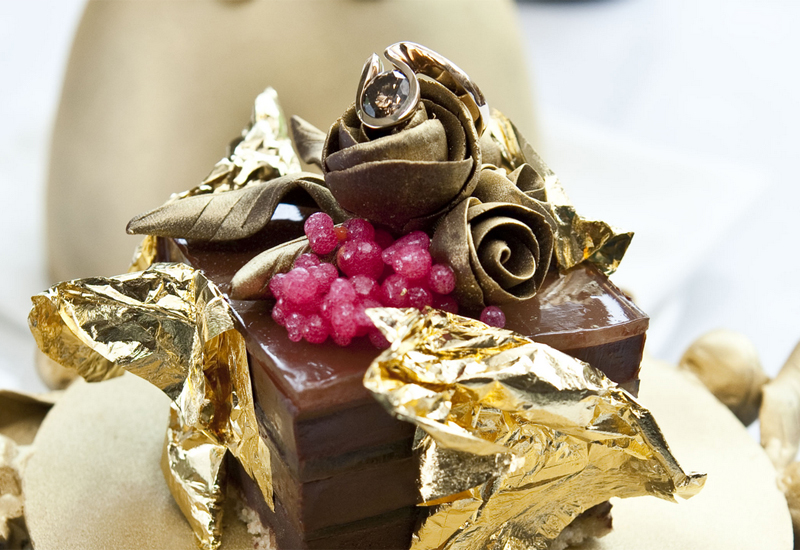 What do you think About this Story ? Which One is your favourite ?
We want to hear from you ! Share your comments below.

Size does not matter: the cat always remain cats. When it comes to the cat world, whether they are big or small, they’re silly...
Read more

Is God Homophobic? A Gay dude meets God and finds out.  Finally a video that serves tight slaps to fanatics who twist religion to propagate their...
Read more

The Speech that Made Obama President

In 2004, a one-term senator from Illinois took the stage to deliver the keynote speech at the Democratic National Convention in Boston. By the...
Read more

It’s not easy to be happy. We all know that. But when your default setting is to always think of everything with a way...
Read more
Load more