Female fictional characters conceptualised in the Muslim world are either veiled or portrayed as meek and oppressed in the public eye. However, Lahore-based Shahan Zaidi’s debut superhero can finally help combat these stereotypes.

The main character of Zaidi’s English-language graphic novel Bloody Nasreen is a 27-year-old girl from Karachi who wears skull-printed kameez with churidar and sneakers – none of what girls her age would wear. She’s an anti-hero you’re not supposed to like. Her smoking habits and aggressive nature are aimed to p*** you off.

Zaidi doesn’t think cool names can make a character cool. Hence, he chose to give her a common name that everyone can relate to.

Ruthless but not cruel, Nasreen fights a war against terrorism, human trafficking, corruption and injustice, and thinks that stupid is more evil, than evil. 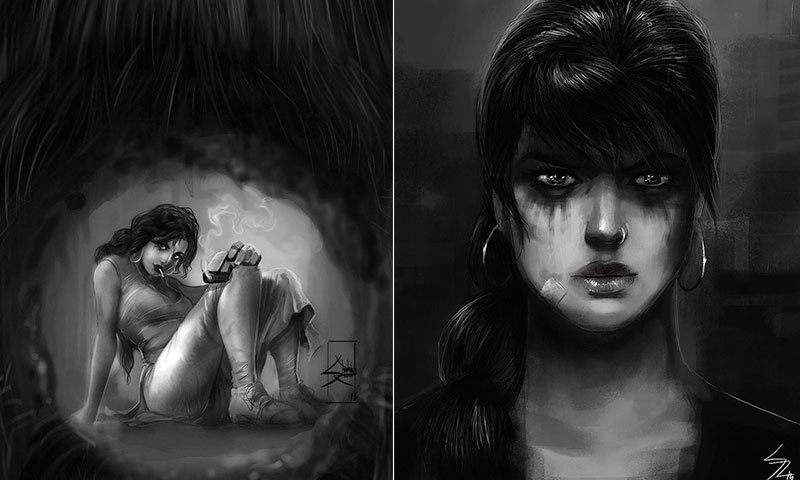 With exaggerated action and violence, Nasreen fights without super-powers.

“I’m always more into humans than mutants or aliens,” said Zaidi. “I like Batman for that matter. How can I connect to a hero who is not from my planet? Or who has super powers beyond my thoughts?”

Born in Zaidi’s sketchbook, Nasreen was one of his many characters that he planned to make a graphic novel on back in 2009. It was only recently that Zaidi shared the idea on social media forums, which led to Nasreen going viral, and finally getting a chance to live outside of Zaidi’s sketchbook.

Zaidi hopes to publish the novel by October this year, while the film is already in the pre-production phase. 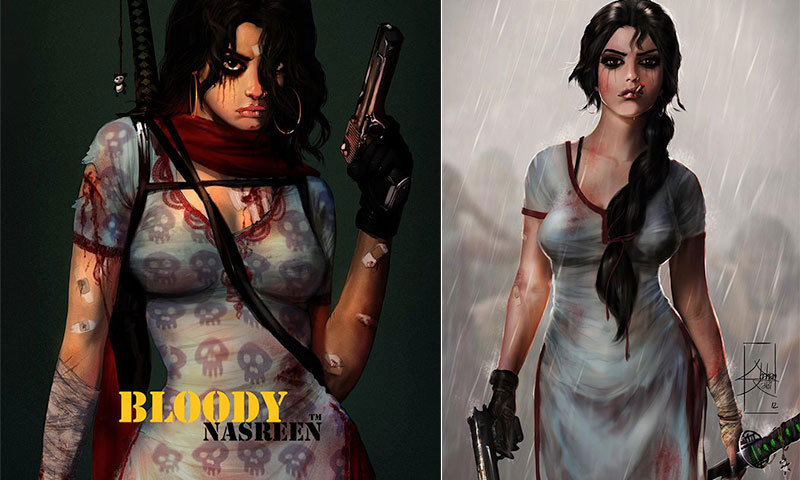 Zaidi grew up reading Tarzan, Mandrake and Phantom comic strips, and was later introduced to the world of comic books. His core interest, however, has always been in movies.

“Comic is a cheaper way of making a movie, you don’t have to cast or record, all you have to do is make your characters and environment believable and make a very good story out of them,” said Zaidi.

He further added that this thought was the beginning of his interest in comic and graphic novels.

Unlike Burqa Avenger, Pakistan’s first superheroine who wears a burqa as a disguise to conceal her identity while fighting villains in the animated television series, Nasreen is oftentimes seen without a dupatta.

“Nasreen has nothing to say about this, its her own choice,” Zaidi said, smiling. 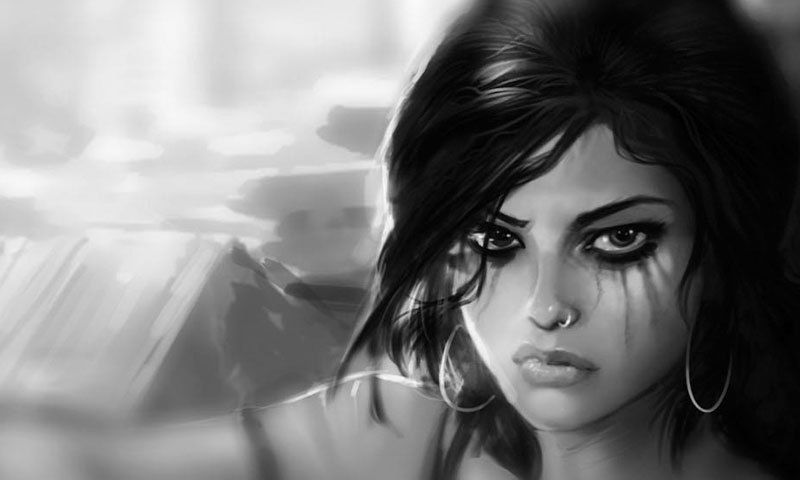 
This has led to mixed responses on social media, but it doesn’t seem to bother Zaidi. He feels only a true comic book reader will understand the value of “exotic, hard boiled full of action girls in comics.”

When asked what he expects his readers to pick up from the novel, Zaidi said the story is only meant for entertainment.

“Since its for adults – and adults already know too much about life – who am I to suggest anything?”