You Can’t miss this 25 Celebrity pics !

Carrie Underwood made her way to Washington DC, where she and Rihanna hit the stage at the National Mall for The Concert For Valor on Tuesday. In the Big Apple, Channing Tatum suited up for the Foxcatcher premiere. The Hunger Games: Mockingjay — Part 1 began its worldwide takeover this week, blazing through Berlin, London, and Madrid, Spain, with exciting premieres. Meanwhile, we may be well into November, but Eva Longoria proved you can sport a bikini any time of year as long as you're in Miami. David Beckham popped up at a soccer game in China. But it wasn't all fun and games; other stars were hard at work. Elle Fanning started shooting her latest film in NYC, and Kate Hudson worked on her fitness in LA. Keep reading to see what other stars have been doing to kick off the week.

1.Channing Tatum suited up for a screening of Foxcatcher in NYC on Tuesday. 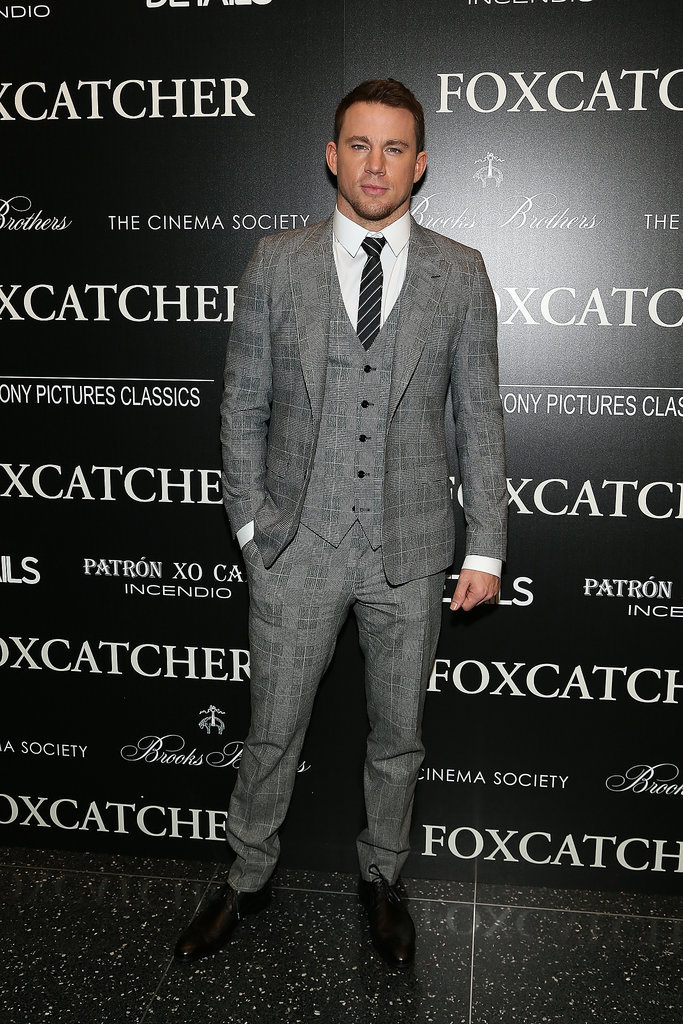 2.Rihanna flashed a big grin while performing at Washington DC's National Mall as part of The Concert For Valor. 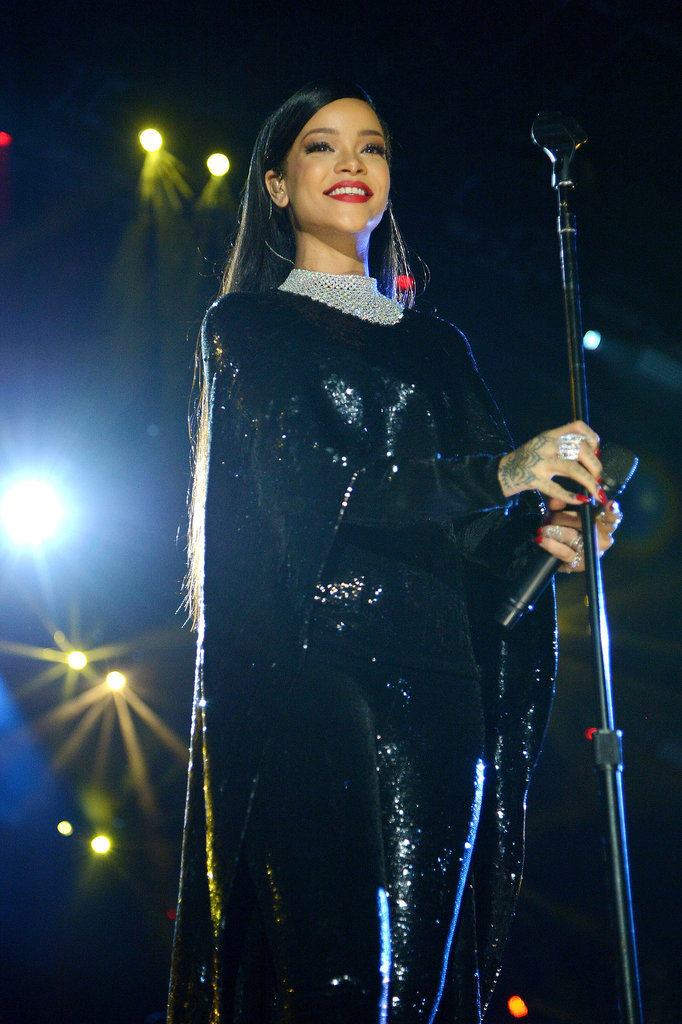 3.Emma Stone geared up for a yoga session in NYC on Tuesday. 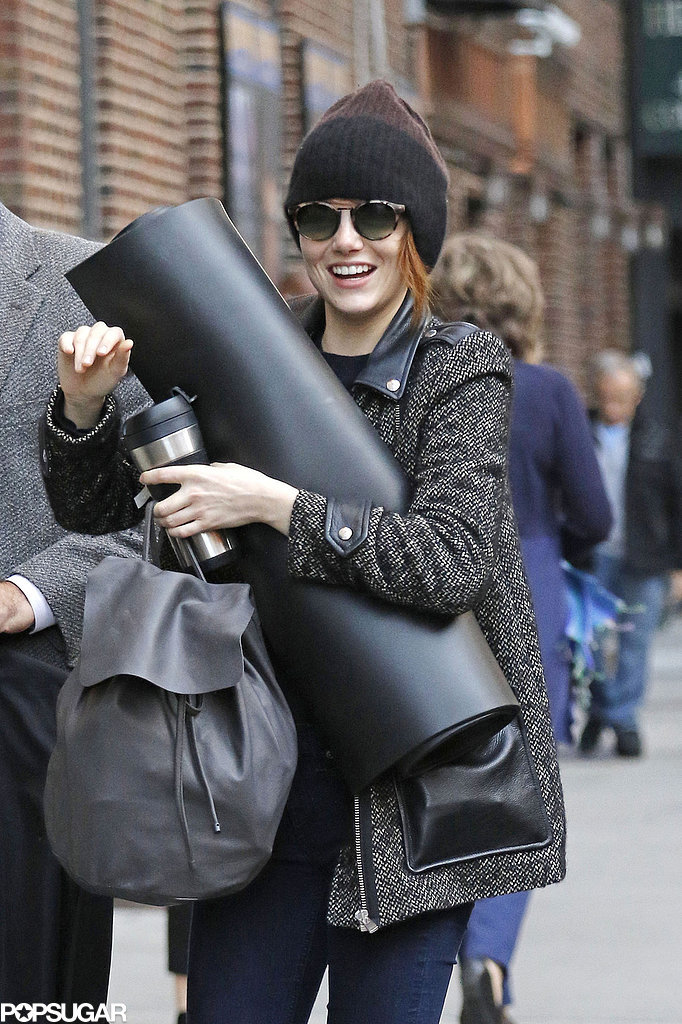 4.Sandra Bullock got serious all the way down in Puerto Rico on Tuesday, while she was filming her latest project, Our Brand Is Crisis. 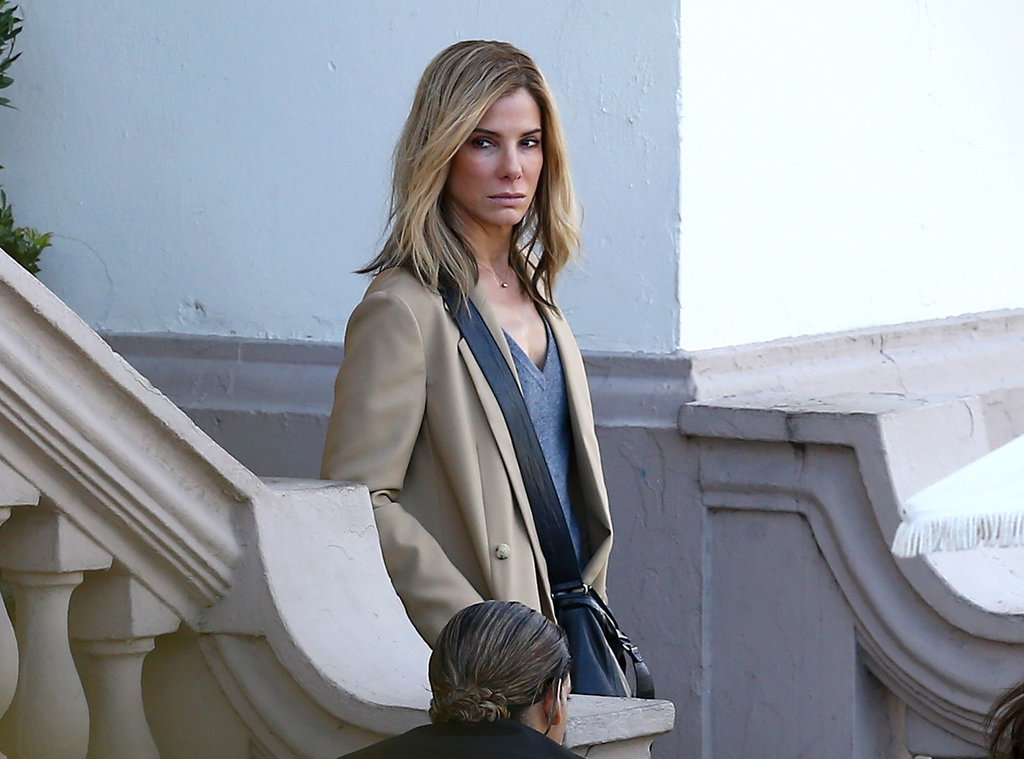 6.Jenna Dewan stepped out for a Tuesday shopping trip in LA. 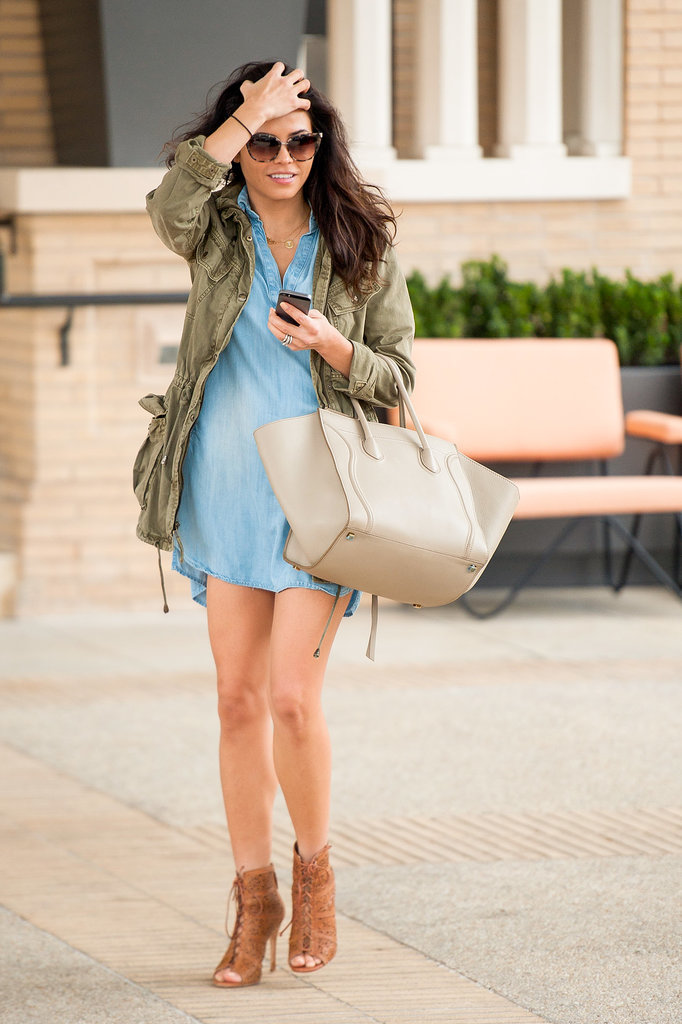 7.Taylor Swift gave a wave during an outing in NYC on Tuesday. 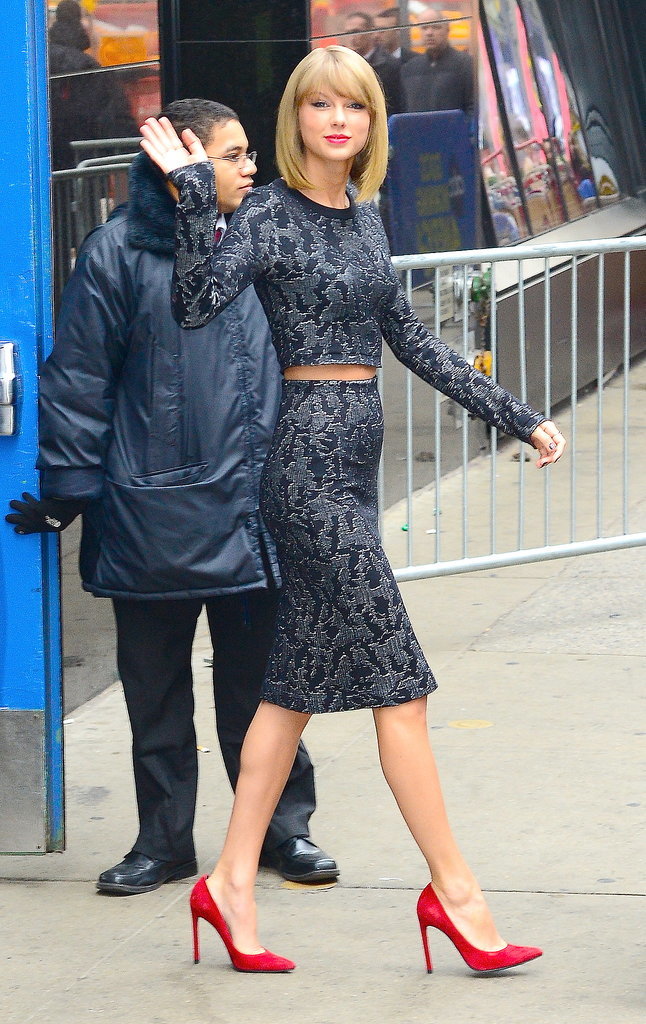 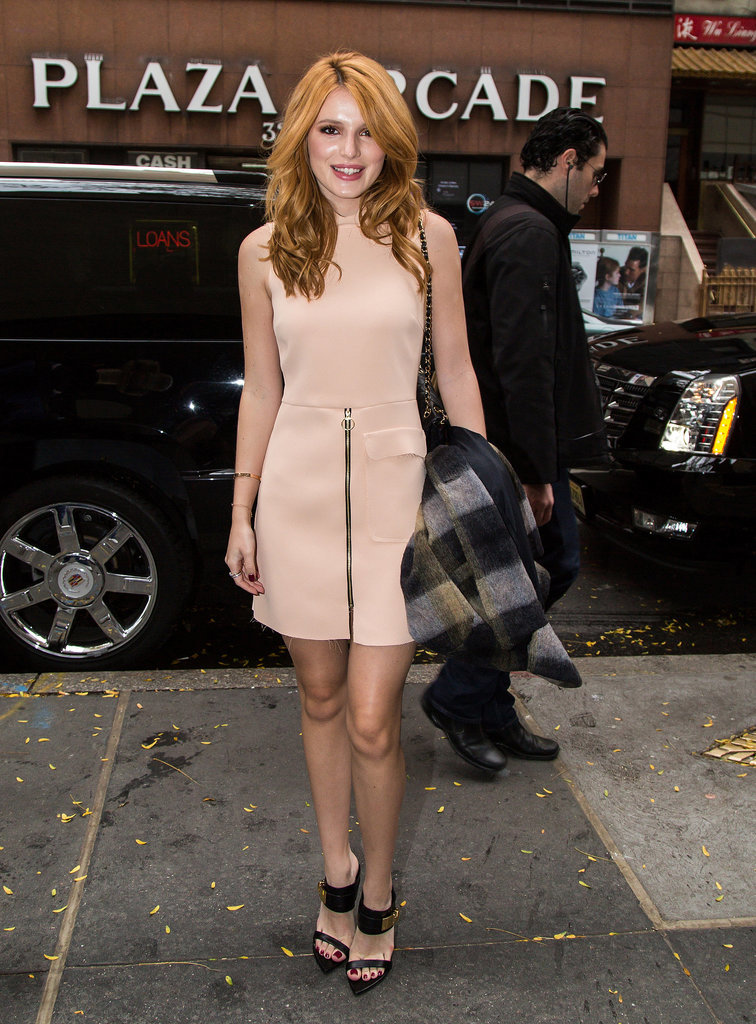 9.On Tuesday night, Elizabeth Banks slipped into a fiery red dress for the Berlin premiere of The Hunger Games: Mockingjay Part 1. 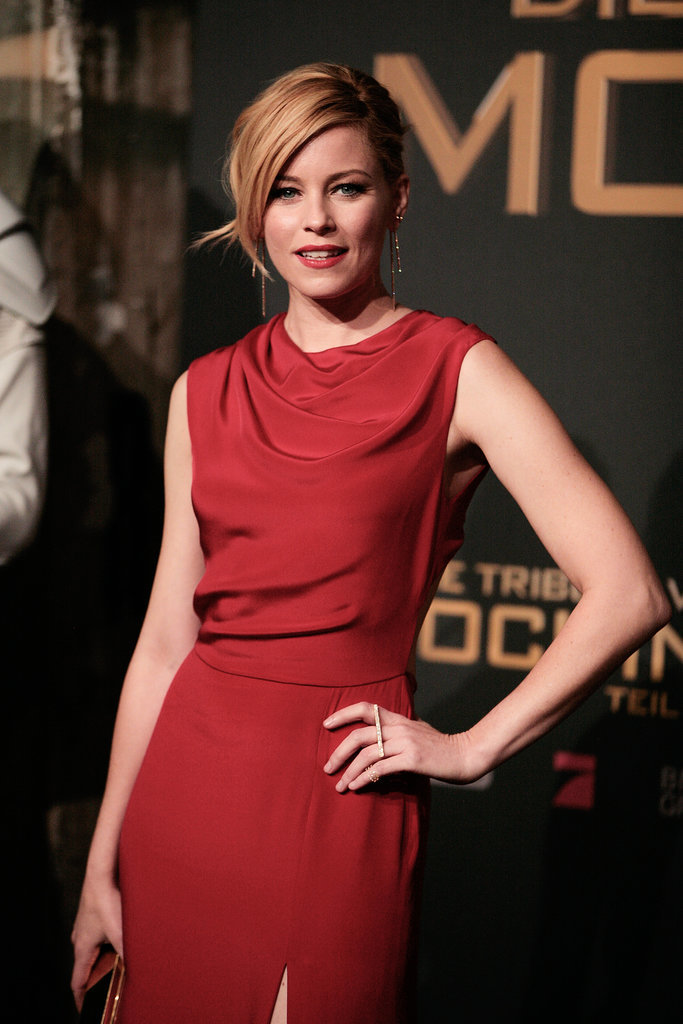 10.Kate Hudson showed off her killer karate moves in LA on Monday. 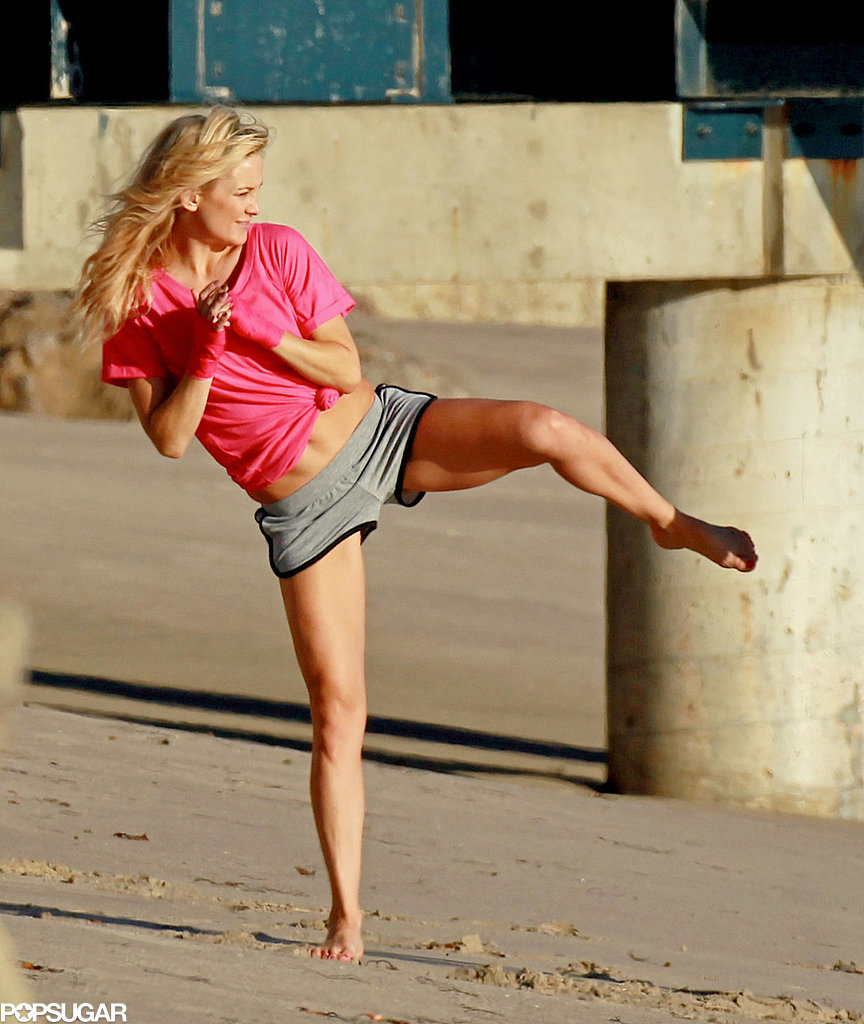 11.David Beckham couldn't help but smile during a Sunday soccer game in China. 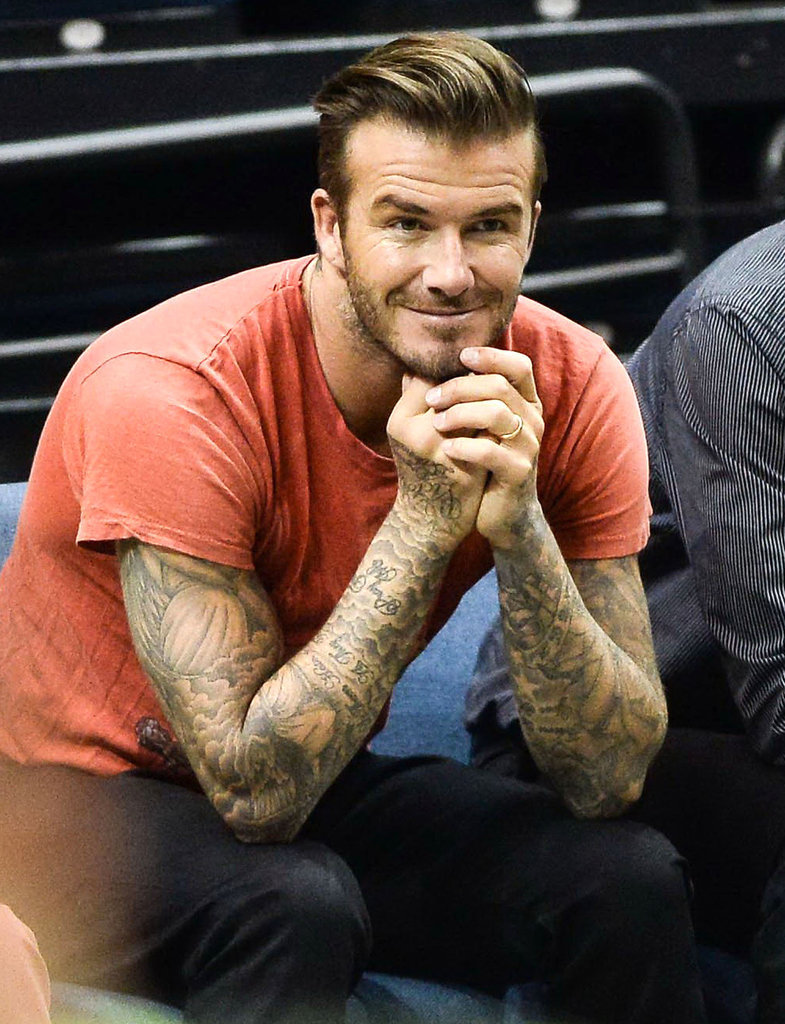 12.Kim Kardashian and Kanye West stepped out together in LA on Monday. 13.Marco Perego planted a sweet kiss on Zoe Saldana during a Sunday outing in LA. 14.It was all about girl power at the Monday night premiere of The Hunger Games: Mockingjay — Part 1 in London, with Lorde, Natalie Dormer, Jennifer Lawrence, Elizabeth Banks, Jena Malone, and Julianne Moore all in attendance. 15.Lea Michele started her Monday out with a hike in LA. 16.Lindsay Price and Curtis Stone made a Sunday market run in LA.

17.Gwen Stefani smiled during an LA outing on Monday. 18.On Monday, Elle Fanning filmed on the NYC set of Three Generations. 21.Eva Longoria slipped into a bikini in Miami this past Friday. 22.Benedict Cumberbatch looked dapper at an LA screening of The Imitation Game on Monday. 23.Anne Hathaway stepped out in style for the Interstellar premiere in Shanghai, China, on Monday. 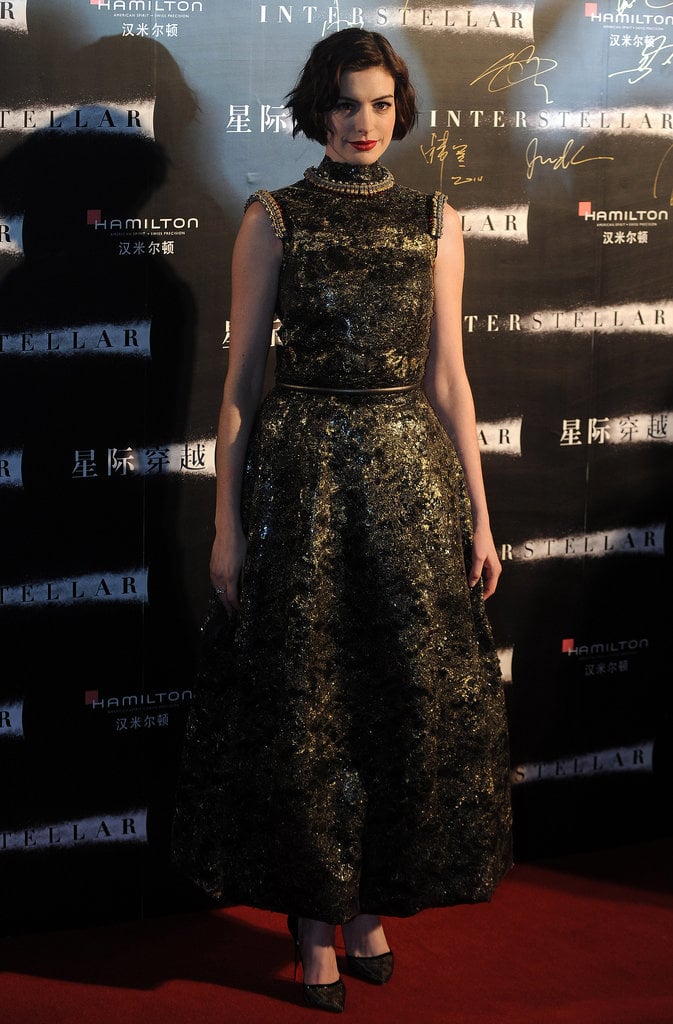 24.On Monday, Keira Knightley posed for pictures at the LA screening of The Imitation Game. 25.Carrie Underwood popped up in Washington DC, where she performed as part of The Concert For Valor at the National Mall on Tuesday.