Amazon Smartphone: Expected to be announced on Wednesday | Will be an AT&T Exclusive

The smartphone that Amazon is expected to announce on Wednesday will be available exclusively through AT&T, according to a report. Amazon plans to start shipping...
Read more

How much do you know about CHRISTMAS? Do You Know No. of Break-Ups Increases Around Christmas!!!!

Christmas is the most celebrated holiday of the year, but how much do you know about it really? How many of you know who the first person to decorate a Christmas tree was? Any idea who invented electric Christmas lights? This list will give you all the answers you are looking for, and enlighten you about ten not so well-known facts about Christmas. 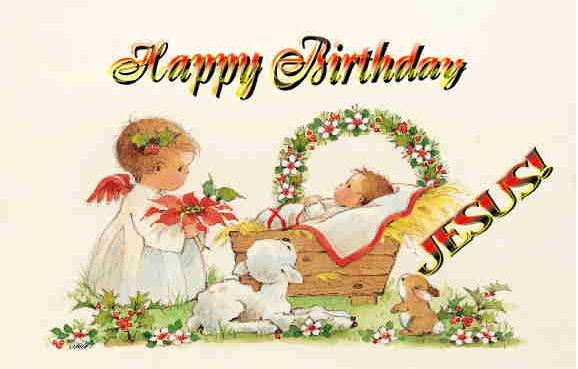 Contrary to popular belief, the Bible doesn't actually mention a specific date for Jesus' birth. In fact, most historians believe he was probably born in the spring, hence the Bible's description of shepherds herding animals. But in the 4th century, when the Catholic Church decided to recognize Jesus' birth as an official holiday, Pope Julius I chose December 25 for the Feast of the Nativity. That the date happened to coincide with the pagan festival known as Saturnalia must have been pure coincidence.


2. The First Person to Decorate a Christmas Tree was Martin Luther 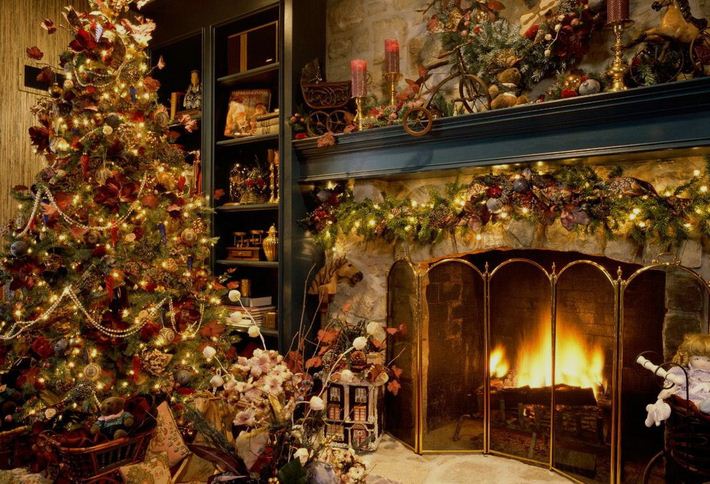 There are a several versions of the story regarding the first Christmas tree in history. For example, there is the story of the first ever decorated Christmas tree taking place in Riga, the capital city of Latvia. However, the most credible and accurate story credits the founder of Protestantism, Martin Luther, as the first person ever to decorate a Christmas tree. As the story goes, the German theologian and monk was walking in the woods and was inspired by the beauty of all the shining stars in the sky. He decided that, from a distance, they looked like tree branches. So he decided to cut down a small tree and take it back home. He placed many small candles on the branches of the tree, and from there, the idea of a Christmas tree was born.


3. Jingle Bells Originally Had a Different Title and Wasn’t a Christmas Song 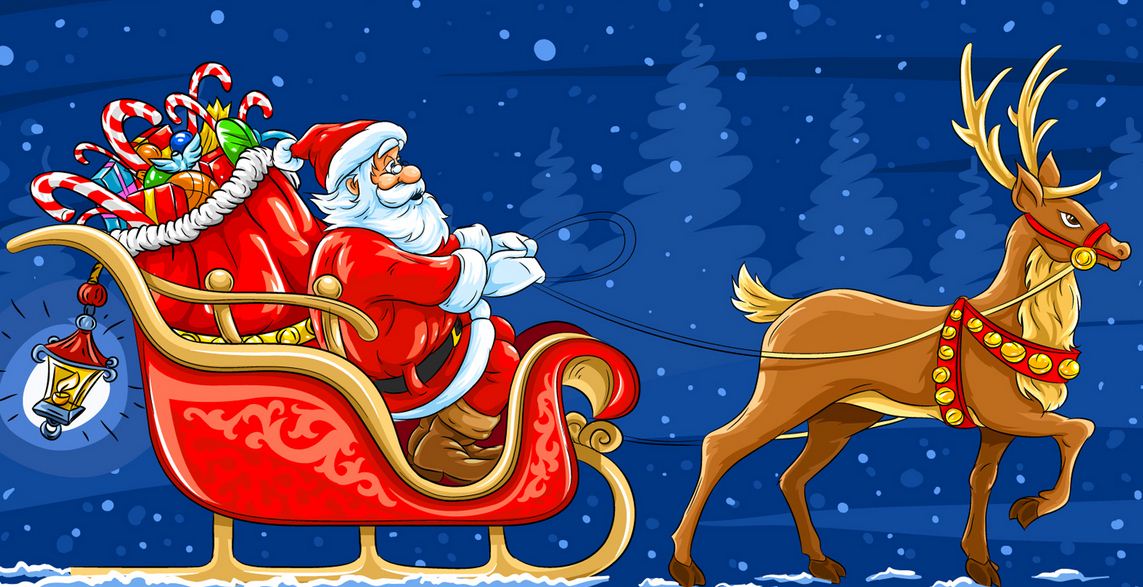 There’s no way you haven’t heard this Christmas song at least once in your lifetime. It plays 24/7 on TV, commercials, Christmas movies, the mall PA — hell, even in Christmas cards. What you might not know however, is that Jingle Bells wasn’t written with Christmas in mind. For that matter, “Jingle Bells” wasn’t even the original title of the song! The original title was the cheeky “One Horse Open Sleigh,” and it was written for a school celebration regarding Thanksgiving. Slowly but surely the lyrics changed, as did the title, and now you can hear it every Christmas season, in over 50 different languages if you like. 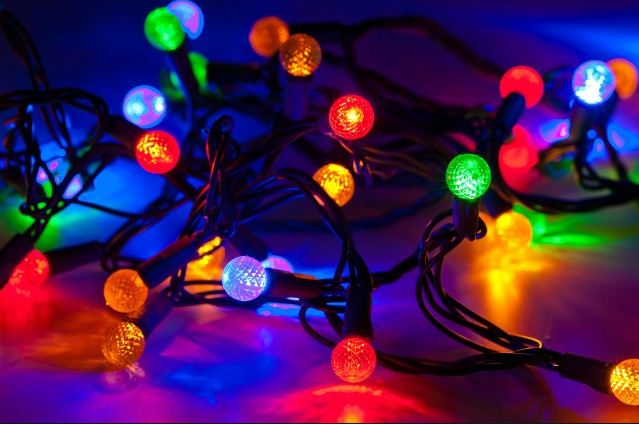 Edward Johnson was an inventor that never created anything of value. The only highlight of his career was that he often worked with the legendary Thomas Edison. All this changed in 1882, when Johnson created the first-ever electric Christmas lights, for personal use at his home in New York. Though very much a one-hit wonder, these lights were enough of a hit to permanently etch his name onto the long list of great American inventors. 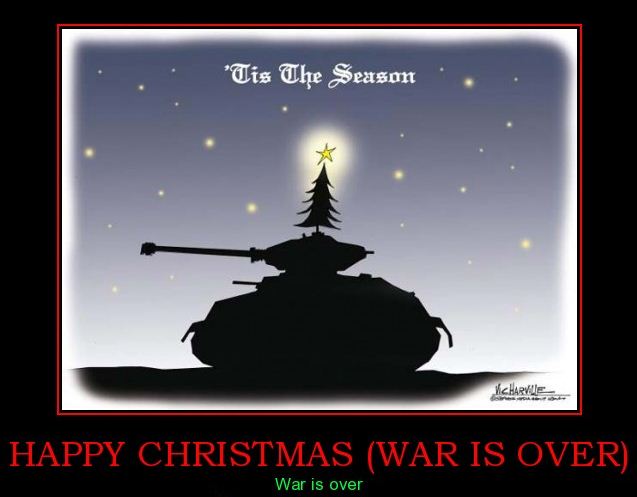 Five months into the first World War, troops along the Western front took a Christmas Eve break from fighting to sing carols to one another across the battlefield. The following morning, German soldiers emerged from the trenches and began to approach Allied troops while calling out "Merry Christmas" in English. Luckily, it wasn't a trick; dozens of British fighters came out to greet them and shake hands, some even exchanging cigarettes as gifts. Later dubbed the Christmas Truce of 1914, it was one of the last examples of wartime chivalry. 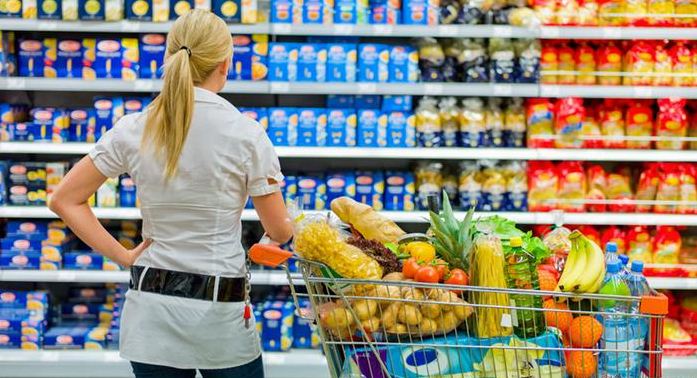 Christmas in Germany doesn't last for one day but for three. December 24 is technically a holiday, though some grocery stores are open in the morning; everything is closed on December 25 and 26. Unless you plan to go hungry or rely on fat reserves from eating Advent chocolates and Christmas market sausages, make sure to stock up on the 23rd. 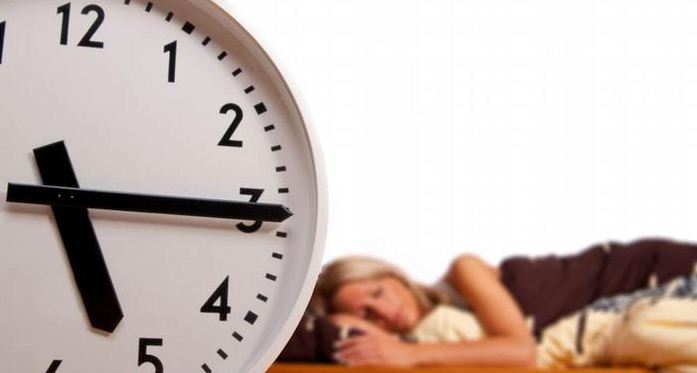 In some countries, the relaxing holiday is followed by a hectic early morning trip to the mall to redeem freshly acquired gift cards and return unwanted presents. In Germany, stores open again on December 27. But there are no big sales, and gift cards aren't a common Christmas present, so no huge crowds. So go back to bed!


8. The Magi Brought Jesus Gold, Frankincense, and Myrrh for a Reason 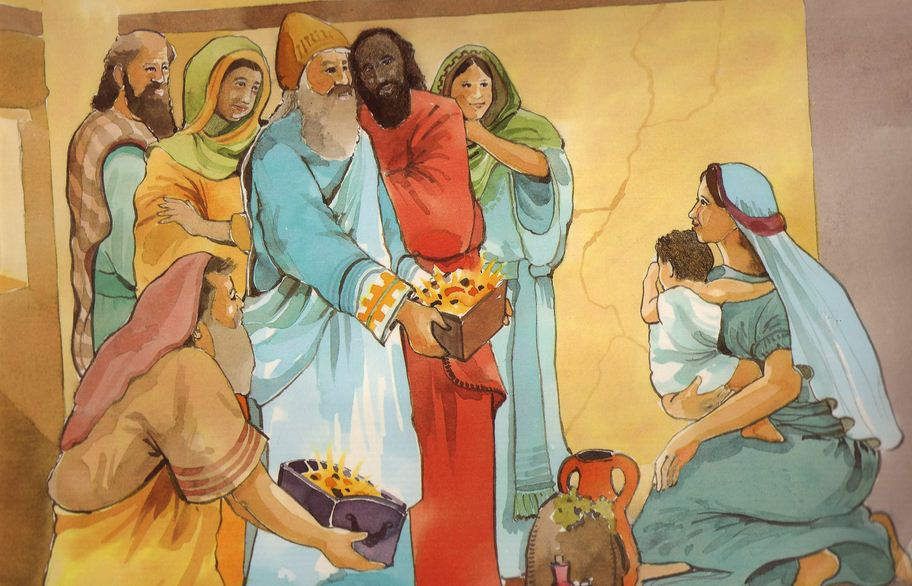 According to Christian tradition, the Biblical Magi -also known as Wise Men- offered gold, myrrh and frankincense as gifts for Jesus’ birth. The selection of the specific gifts wasn’t coincidental, as each one of the gifts had great symbolism.
Gold was a gift usually offered to kings at the time, so this was how the Wise Men recognized Jesus as a king and honored his Kingdom of Heaven. As for frankincense, it was and still is regularly used in religious ceremonies, and symbolized Jesus’ divinity. Finally, myrrh was frequently used at the time -due to its strong and pleasant perfume – in embalming the dead. It’s almost as if the Wise Men knew that one day Jesus would perform the ultimate sacrifice, and die for everybody’s sins.


9. The Norse God Odin was the Original Santa Claus Most are aware of the ferocious Norse God, Odin, but not many know that he was the mythical figure most responsible for inspiring the birth of Santa Claus. According to Pagan myths, Odin was the leader of the Wild Hunt every Yule –the equivalent of Christmas for the Germanic Pagan Tribes- and he would ride his eight-legged horse, Sleipnir around the whole time. Sleipnir could cover long distances in a very short period of time, just like Santa’s sleigh and reindeer. According to the same traditions, children would fill their boots with carrots, straw and sugar, and place them near the chimney for Odin’s flying horse to eat while resting. Odin would then return the favor and reward those children for their kindness by leaving gifts, toys, and candies in the boots.


10. White is Not One of the Traditional Colors of Christmas The three Christmas colors all have special meaning. Green, strongly represented by the Christmas tree, symbolizes life and rebirth. Also, in some Christian nations such as Greece and Romania, green symbolizes the resurrection of Jesus. Meanwhile, red represents the blood of Jesus, as well as the apples on the tree that Eve ate from just prior to her and Adam’s banishment from Eden. Finally, gold symbolizes the bright, spiritual light that Jesus brings thanks to His birth and resurrection. According to Celtic and Teutonic legend, mistletoe is magical — it can heal wounds, increase fertility, bring good luck and ward off evil spirits. The tradition of kissing under the mistletoe didn't begin until the Victorian era, a surprising origin given the stuffy and sexually repressive behavior of the time.


12. Feliz Navidad Around the World Christmas traditions vary from culture to culture. Finns often visit saunas on Christmas Eve, while Portuguese revelers hold a feast on Christmas Day for the living and the dead (extra places are set for the souls of the deceased). In Greece, some believe that goblins called kallikantzeri run wild during the 12 days of Christmas, and most Greeks don't exchange presents until Jan. 1, St. Basil's Day. Thanks to their geographic location, most Australians and New Zealanders enjoy Christmas on the beach or at barbecues. Spain, meanwhile, hosts the world's largest lottery. According to Facebook, around two weeks before Christmas is one of the most popular times of the year for couples to break up. Christmas itself, however, is one of the least likely days for a breakup. Evidently it’s a lot easier to open presents than it is to buy them. By an Act of Parliament in 1644 Christmas was declared illegal in England due to the fact that it was associated with revelry and merrymaking. This obviously led to a good amount of conflict and when the Puritans left for the New World they brought their distaste for Christmas with them.
Also, for almost two decades of the 17th century Christmas was illegal in what would become the United States . In fact, it wasn’t even until 1870 that Christmas became a federal holiday in America. Originally only used in department stores to increase floor space, consumers (as usual) decided they like the idea and took it home with them. It’s not the first time in history that people have decorated with inverted Christmas Trees, however. As early as the 12th century, Central Europeans would hang trees from the ceiling to represent the Holy Trinity.

Eminem has three aliases: Eminem, The Slim Shady, and his original teenage stage name, which was M&M. His real name is Marshall Bruce Mathers...
Read more

India is a land of Diversities, it is true for its cultural and geographical approaches. India is the one of the best tourist attractions...
Read more

Chak De India is one of the most loved patriotic film of all times. How can anyone forget the “Sattar Minute wala Dialogue” from...
Read more

Pregnancy is the most beautiful period in a woman's life. The moment you get to know about your pregnancy, you are full...
Read more

Ever wonder how you could potentially provide electricity to a home in an impoverished village somewhere in the world, or power your own light...
Read more