How to Refresh Your Living Room Interior?

This is what happens when nerds decorate.

Manufactured from hot-rolled steel, this clever coffee table is a four-legged replica of an old-school floppy disk that is guaranteed to be exceptionally nerdy conversation piece. 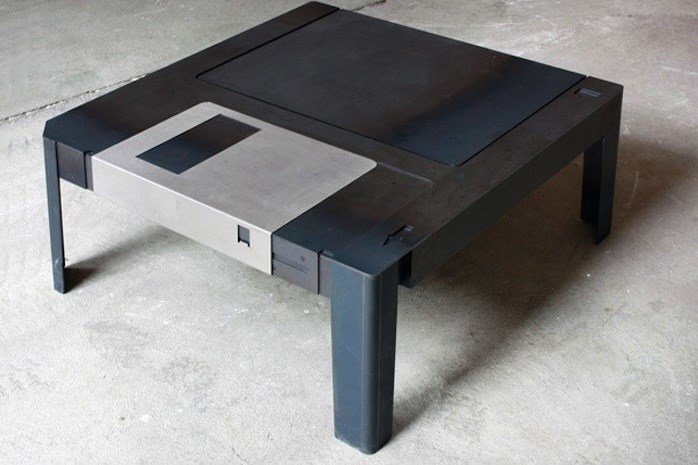 A perfect match for the floppy disk coffee table, this planter will tell the world that your extreme love of computers extends to the garden. 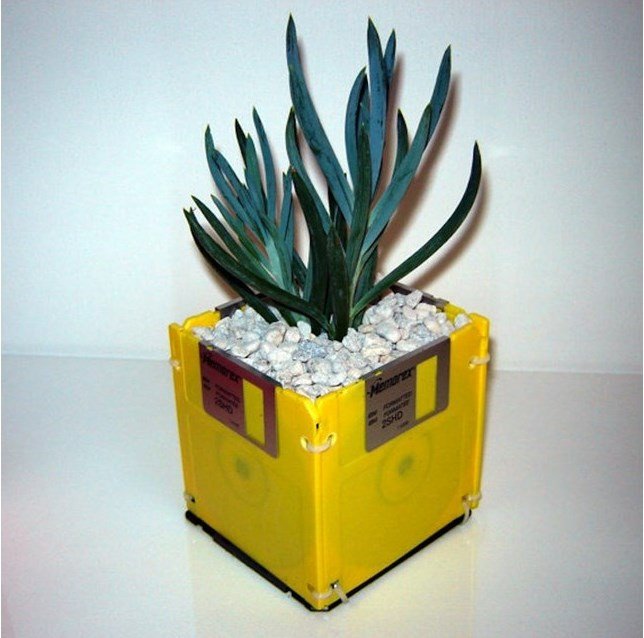 4. A Coffee Table You Need a Quarter to Use

You’ll want to keep a stash of quarters handy with this coffee table made from a repurposed arcade game, the perfect way to relive your misspent youth in the comfort of your own living room. Anyone who’s been enchanted by Japanese director Hayao Miyazaki’s animated classic My Friend Totoro — and there are many — will get the allure of snuggling up in the cartoon coziness of this plush Totoro bed. 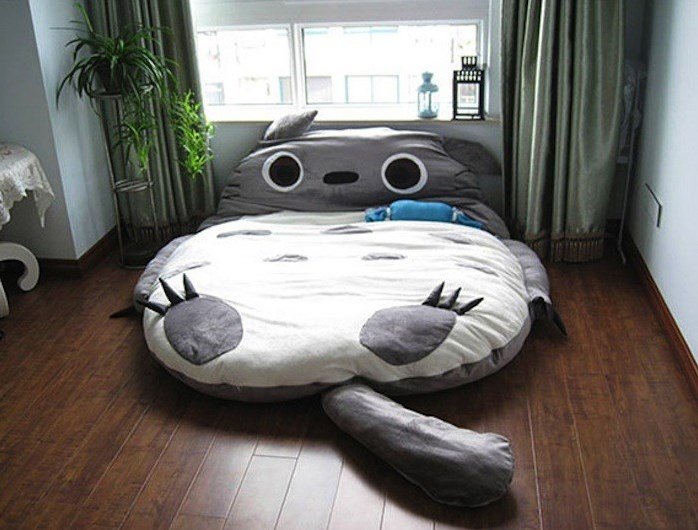 6. A Rug For Any Space or Time

Whovians will delight in this rug modelled after the iconic scarf worn by fourth Doctor Tom Baker on British sci-fi classic. Doctor Who. Doctor, This is actually handmade, so consider it a nerd-friendly DIY project. Just try to stop yourself from humming the Star Wars theme when you sit down at this desk built from a replica of Han Solo encased in a chunk of carbonite, a key plot point from The Empire Strikes Back The manufacturer of this desk also produces Avengers -themed desk (with Captain America&amp;#39;s shield as its focal point) if comic books are more your thing. 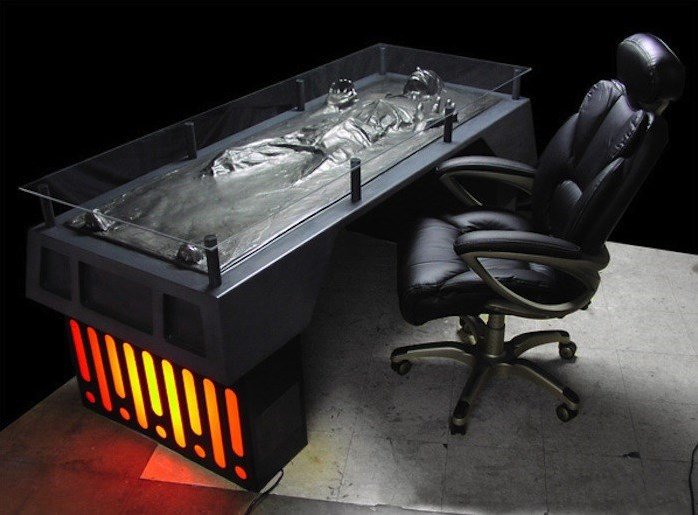 Why have regular waffles when you can make a batch of delicious keyboard waffles? That’s what’s for breakfast thanks to this unique waffle iron, actually constructed out of a decommissioned typewriter that has been given a second life as a waffle-maker. 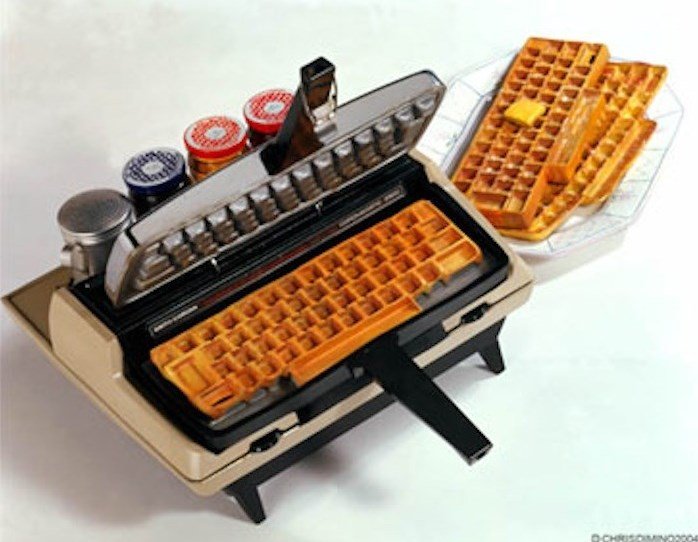 Another custom job, this chandelier is made entirely out of old gun-style zappers from obsolete Nintendo Entertainment System units. Not for sale, but hit some garage sales and see if you can round up enough zappers to try making your own. 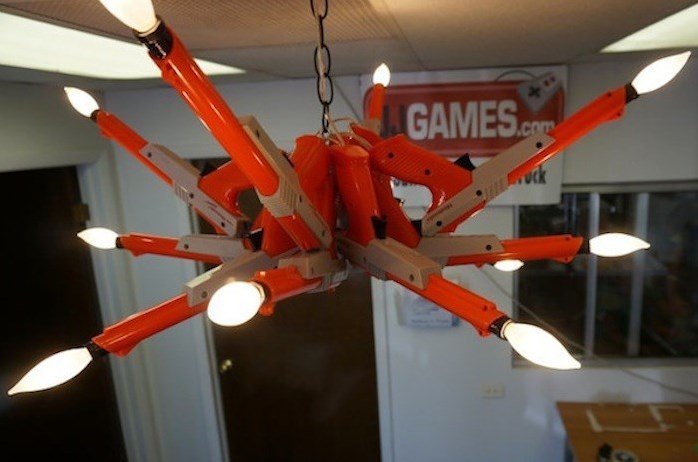 What Trekkie wouldn’t want to crack open a cold one with this Star Trek bottle-opener that’s also an homage to Captain Kirk’s starship Enterprise? No Trekkie, that’s who. 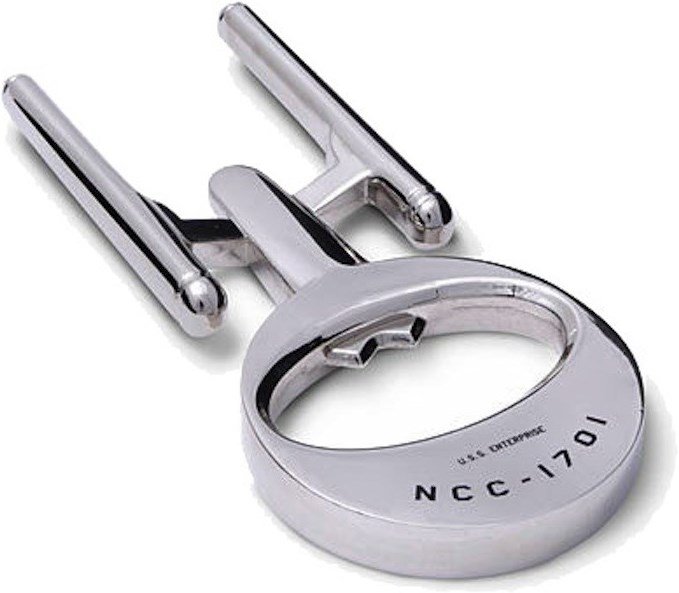 Anybody who stops by is sure to get a chuckle from this cheeky welcome mat mimicking a computer keyboard’s most-used key. 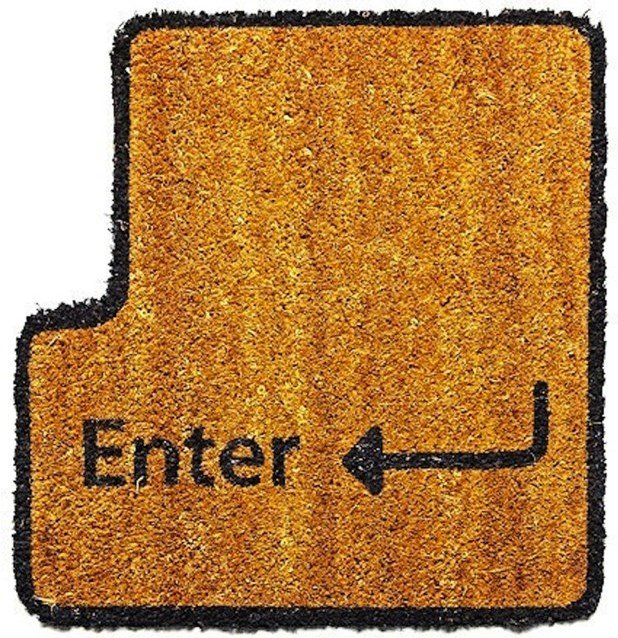 Science is always more fun after a couple of cocktails, which is perfectly illustrated by these cleverly designed shotglasses modelled on the glassware found in the typical high school chemistry class. 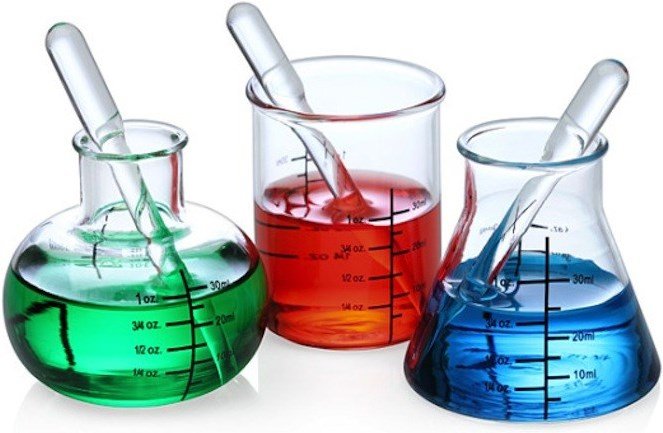 This Dalek-inspired refrigerator decal will put you in fear of Doctor who’s most iconic villains every time you get between-episodes snack.

A reclaimed circuit board from a now-defunct computer has been transformed into this extra-geeky wall clock. Is that clever or what? (Maybe “or What”). 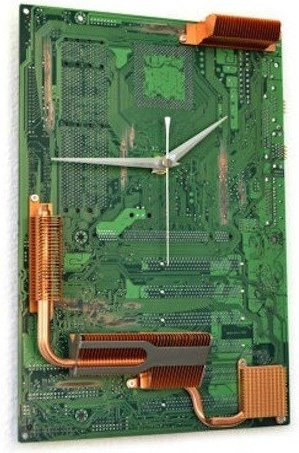 A key element within the iconic video game about a plucky Italian plumber has been reimagined as this tongue-in-cheek lamp. But try to resist the force-of-habit impulse to smash it with your head. 16. May the Grooves Be With You

A bluetooth speaker that’s also an exact replica of the Death Star that lights up when in use? Talk about geek heaven! Kitchen gadgets don’t get nerdier than the Zuse, a wall-mounted toaster that’s equipped with an optical sensor to recognize bread. Sort of a cross between a toaster and an old-style matrix printer, your toast will emerge with pixels burned right into the toast, which are randomly drawn from a repertoire of toasty images contained within the Zuse’s memory chip Aficionados of old-school’s arcade games can put themselves right inside the game with these removable wall decals. The creation of Blik, which specializes in removable wall art, other motifs include a line of decals designed to look like stained glass windows depicting 19. The Bookends Strike Back

The AT-AT is the fearsome walking battle tank used by Imperial forces during. The Empire Strikes Back’s battle of Hoth –  which any true nerd already knows.

Keep the battle always with you by displaying a set of these hand-painted, collectible bookends on the shelf. Multitask away with this periodic table of the elements shower curtain, allowing you to brush up on your chemistry while brushing up your personal hygiene. We’re pretty sure Walter White used one of these when cleaning up after a big meth cook. 21. Darth Vader Has These on His Dining Room Table

Your extreme love of Star Wars will be no secret when you light a candle encased in one of these romantically nerdy candlesticks modeled on the handle of a lightsaber. 22. Turn Your Thumbs Green With This Electronic Practice Plant

For the horticulturally challenged nerd, the Flower Nurse can turn those thumbs from black to green. An artificial potted plant, the “flowers” provide information based on colour changes, with a small display on each displaying a barometric reading indicating when it needs light, water, etc.

Watch out if the leaves start drooping; just like a real plant, it means you’ve been neglectful and you need to figure out what’s wrong and provide a remedy. If a practice plant seems like almost as much work as a real one, then invest in a set of these hand-made replicas of the various foliage found within the world of video game Super Mario Bros.