11 Finger licking Facts You Should Know About KFC

Fried chicken has long been a beloved staple of the American South, in all its crunchy, greasy glory. Pair that with an easy to love Colonel and a memorable catchphrase and you have the makings of one of the most easily recognized brands in the world: KFC

KFC―once known as Kentucky Fried Chicken—is one of the most well-known brands in American fast food. With the lion’s share of the fast food fried chicken market, KFC restaurants are a pretty common sight in any town or city. However, the chain itself is not as tame as you would think.

11 Facts You Should Know About KFC | Finger licking good


1. KFC wasn't always called Kentucky Fried Chicken. While it did originate in Kentucky, Harland Sanders first sold his fried chicken out of the front of the gas station he operated, and he named the restaurant Sanders Court & Cafe. The original location, which is located in Corbin, KY, is still there today and functions as a normal KFC, but with a museum dedicated to Sanders attached. 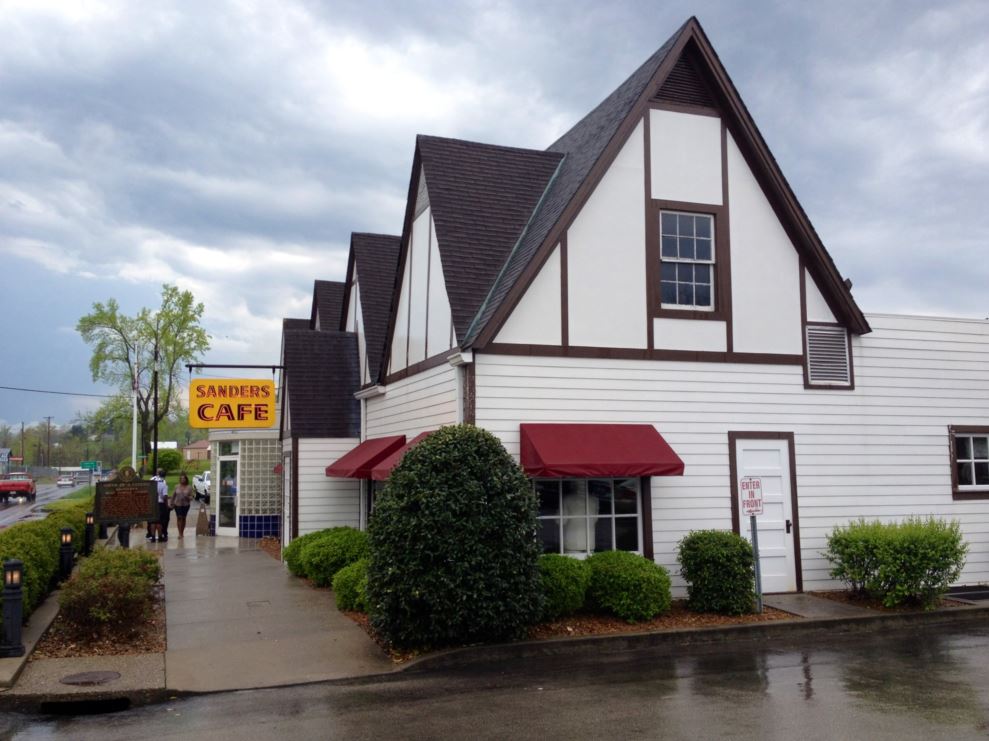 2. Harland David Sanders, the founder of KFC, certainly wasn’t born with a silver spoon. He moved out of his home at the age of 13 because he didn’t get along with his stepfather, and he lied about his age to enlist in the U.S. Army at the age of 16. He was also fired two different times for fighting; once as a railroad worker scrapping with another employee and once as a lawyer fighting with his own client while in court. 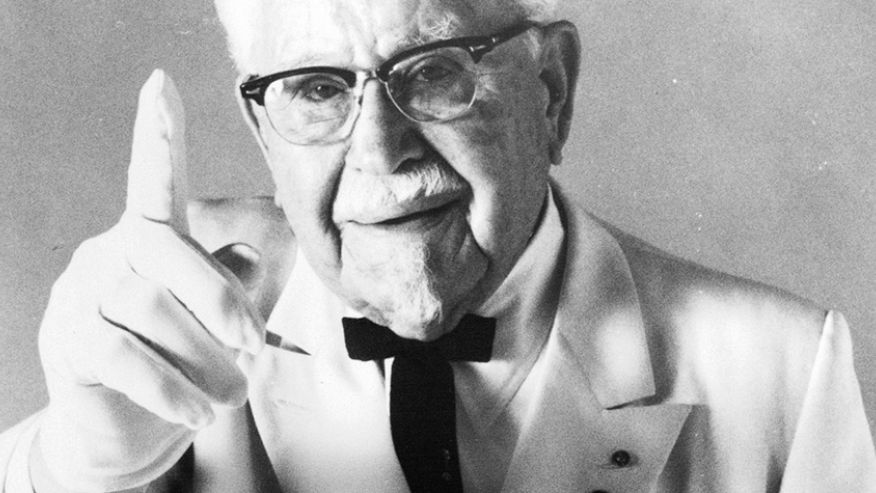 3. For 25 years after leaving school, Sanders worked a series of odd jobs. By 1929 he was married with children, and Sanders opened a service station along Route 25 in Corbin, Ky. Still the family cook, he made some money on the side by selling hot meals to passing drivers. The simple Southern fare was so good that it quickly garnered local renown


4. The iconic paper buckets associated with KFC today were nonexistent until 1957, or nearly 27 years after the original restaurant opened. Up until then, you could only buy single pieces of chicken. The bucket meal was actually created by one of the first KFC franchisees and it included 14 pieces of chicken, five bread rolls, and a pint of gravy. 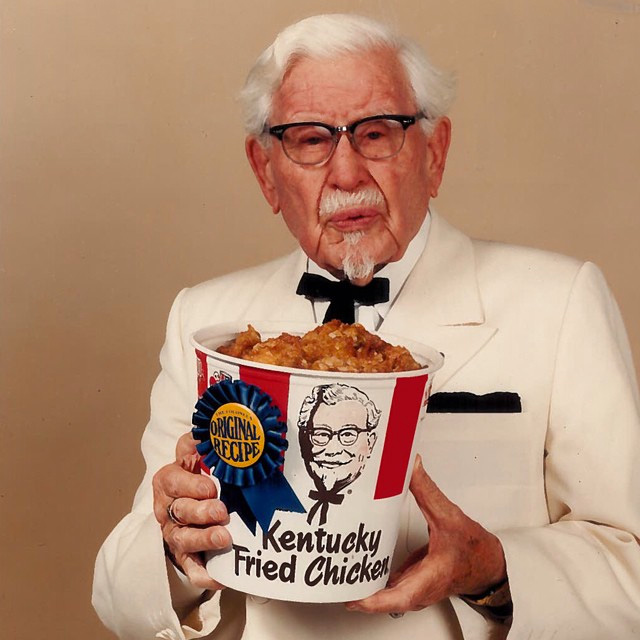 5. At least, not since 1991. Fried chicken never stopped being delicious, but in the early '90s as health-consciousness and diet crazes were on the rise, the company worried that the “fried” in Kentucky Fried Chicken was costing them valuable business. So they made a marketing decision to phase out the full name and become known exclusively by the acronym.


6. The secret recipe is, in fact, a real secret, and it's kept locked in a safe at the Louisville headquarters along with vials of the eleven herbs and spices that it utilizes. While it's reasonable to assume that the addictive chicken must be laced with crack, many have speculated that the blend includes a mixture of flour, Tellicherry black pepper, salt, MSG, and sage—though none of this has ever been proven. 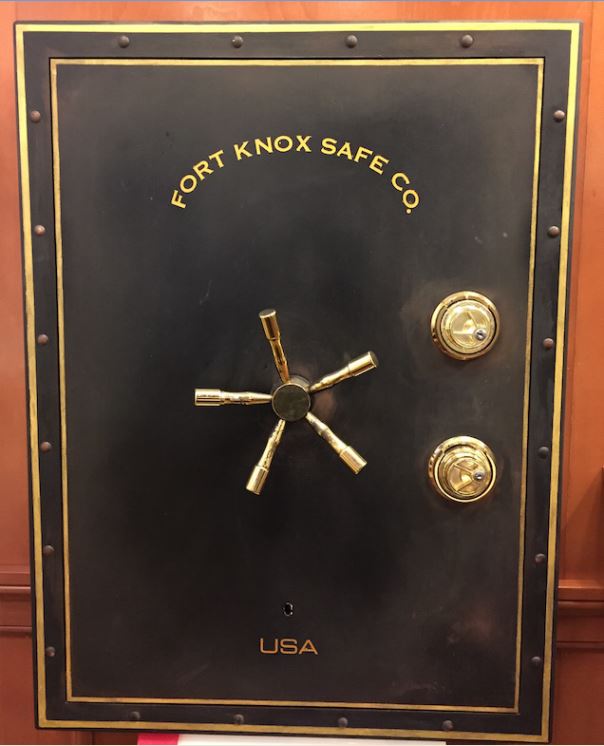 7. Harland Sanders did serve in army as a mule-tender, but he was never a colonel. As the popularity of the chicken picked up the Governor of Kentucky, Ruby Laffoon, made him an honorary Colonel in 1935 for his contributions to the state's cuisine, according to the official website dedicated to the history of KFC.

8. Remember the famous caption of KFC? Of course you do. “Finger licking good”. But you know what they got it translated to, in Chinese? They translated it as “eat your fingers off!!” We do know that Chinese is a bit confusing language but may be while translating an international brand, we oughtta consider buying a dictionary rather than believing that we can do it on our own. Poor Chinese people! Hope they didn’t take the caption too seriously! 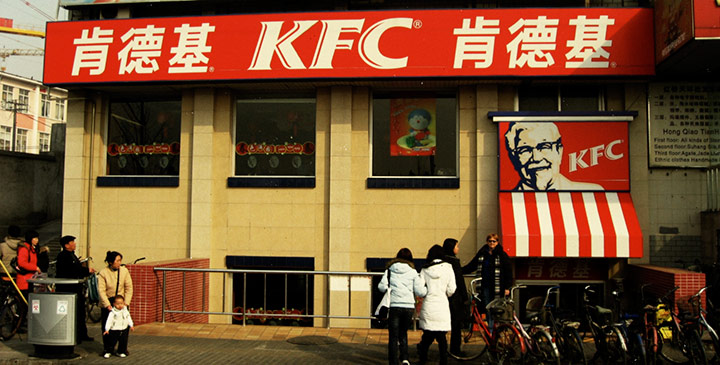 9. In 1964, less than a decade after branching out into franchising, there were already over 600 KFC locations in the U.S. and Canada. Sanders was 74 and still running the ship smoothly, but after months of wooing, he was convinced to sell the company to John Brown Jr. and Jack Massey for $2 million, an annual salary, and a position as the company’s adviser and spokesman. Sanders remained deeply involved and invested in the product and promotion until his death in 1980.

10. Pressure cookers were invented right about the same time that Sanders’s chicken restaurant business was starting to really take off. The pressure cooker reduced the amount of time it took to cook the chicken versus pan frying it and Sanders didn’t want to deep fry it. However Kentucky Pressure-Cooked Chicken doesn’t sound quite as good. 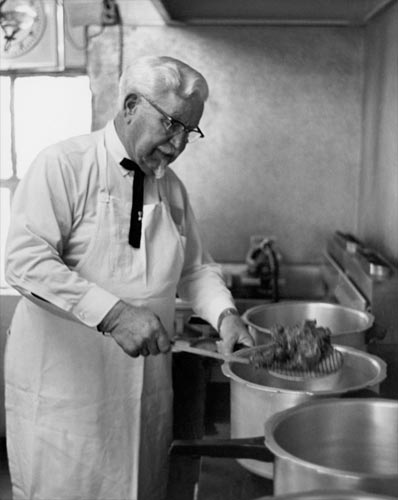 11. While Harland Sanders might have been the face of the company and the creator of it's signature chicken recipe, the name Kentucky Fried Chicken wasn't his idea. It was instead coined by a painter hired by one of Sanders's first franchisees. That same franchisee was the man behind the creation of the bucket meal and even the infamous "finger lickin' good slogan" which was dropped in 2011 in favor of "So Good." 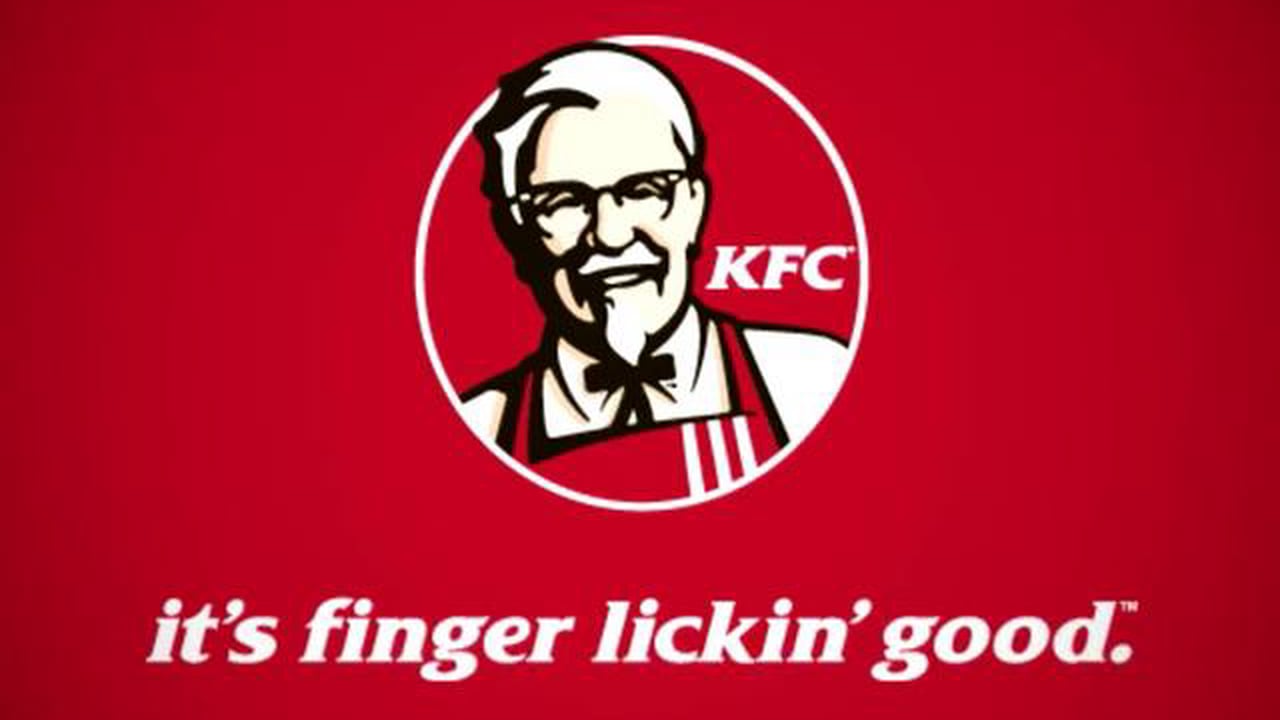