This Is What Kids Eat For Breakfast Around The World

Kids breakfast ideas from around the world!

“Americans tend to lack imagination when it comes to breakfast,” begins Malia Wollan in an article that appeared on New York Times last week. Her observation is based on a series of photographs taken by American born Hannah Whitaker, who recently visited with families in seven countries, to photograph sleepy eyed kids peering out over their breakfasts plates containing meals ranging from cold cereals to ham-and-cheese rolls to boiled potatoes.

Cornflakes and chocolate milk, are universal, but in many places children also eat things that would strike the average American as strange, or worse. How does rice and putrid soybean goop, or sour milk, for instance, sound? Or steamed cake made from fermented lentils and rice, a popular breakfast meal in southern India. In countries of Latin America, young children often take coffee with milk in the mornings. “The idea that children should have bland, sweet food is a very industrial presumption,” observes Krishnendu Ray, a professor of food studies at New York University who grew up in India. “In many parts of the world, breakfast is tepid, sour, fermented and savory.”

Hannah Whitaker photo series supplements the work done, on similar vein, by artists such as Peter Menzel (Hungry Planet and What People Eat Around the World), Gabriele Galimberti (Toy Stories) and James Mollison (Where Children Sleep). 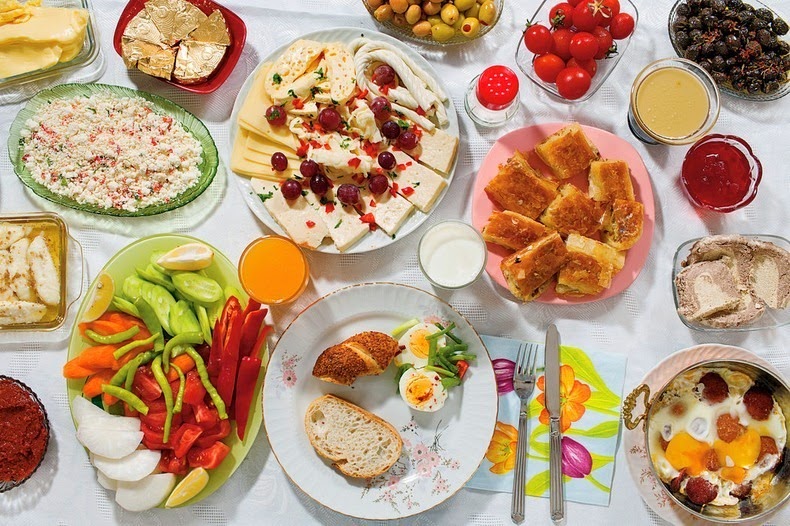 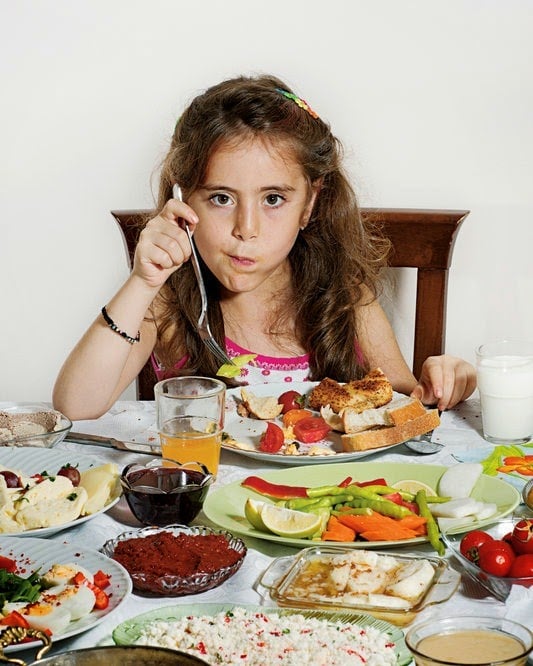 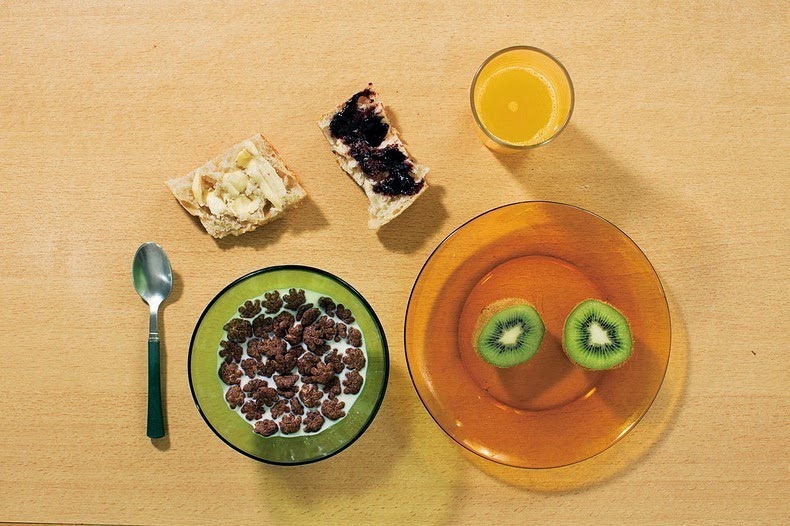 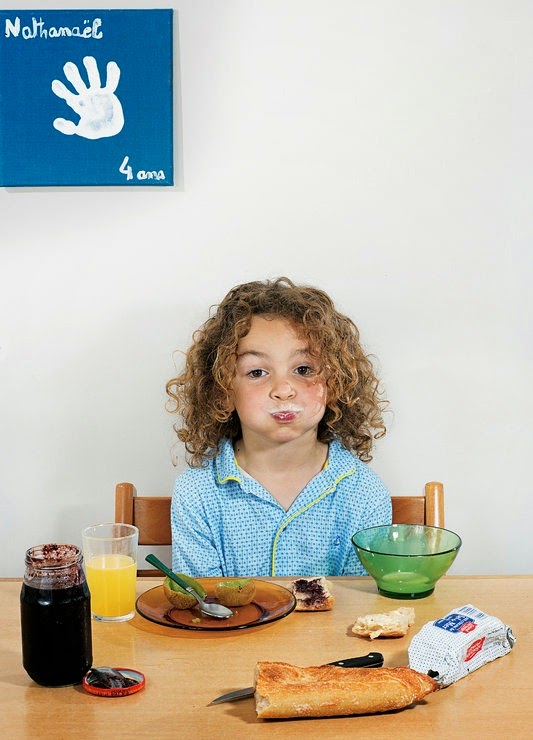 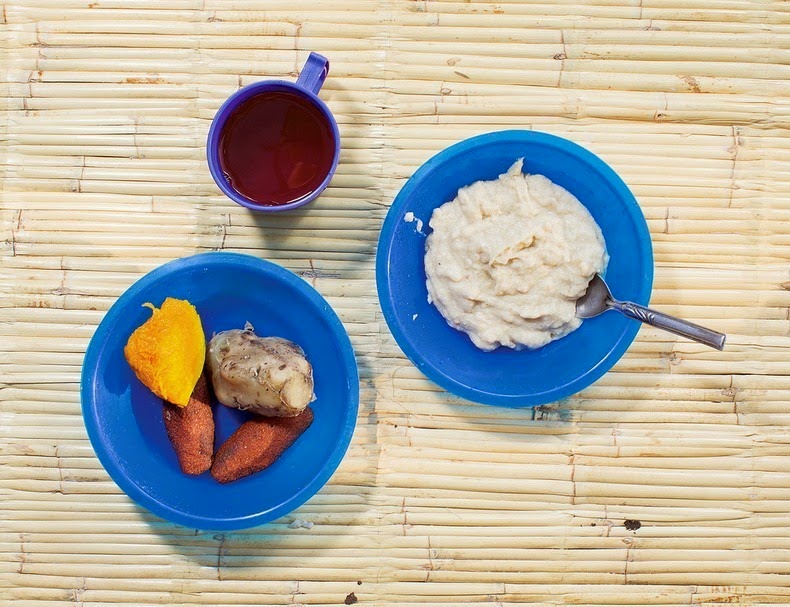 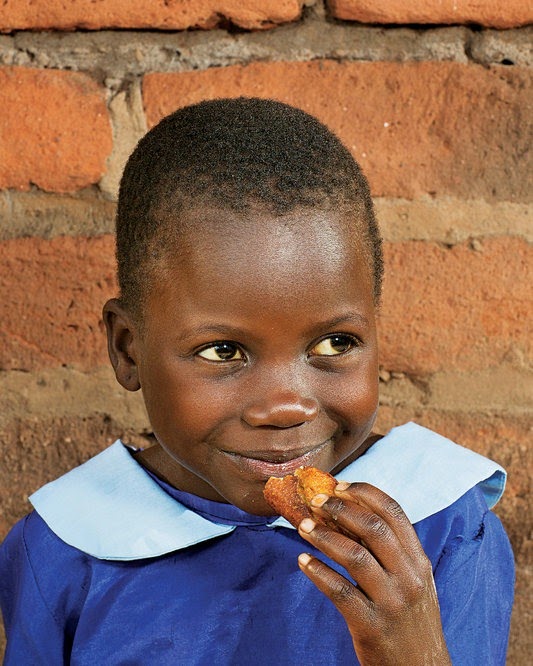 Emily Kathumba, 7 years old, Chitedze, Malawi. Emily eats cornmeal porridge called phala with soy and groundnut flour; deep-fried fritters made of cornmeal, onions, garlic and chiles, along with boiled sweet potato and pumpkin; and a dark red juice made from dried hibiscus flowers and sugar. When she can, Emily likes to drink sweet black tea in the mornings, a common beverage for Malawian children. 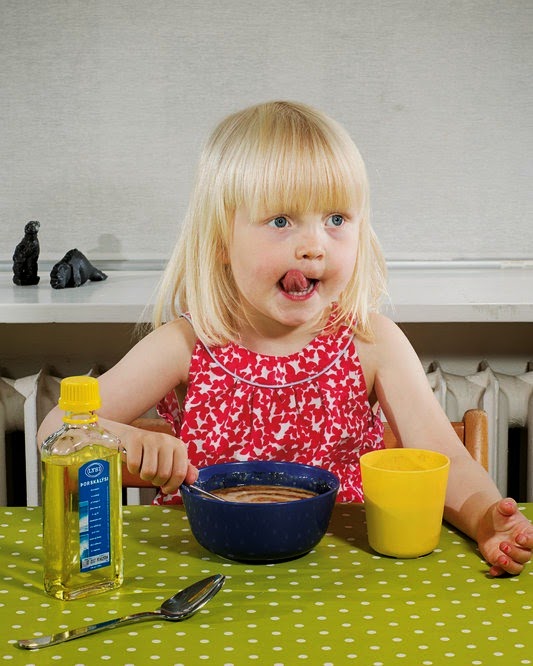 Also Read: 27 Photos Of Children From Around The World Playing Outside. This Is Absolutely Beautiful 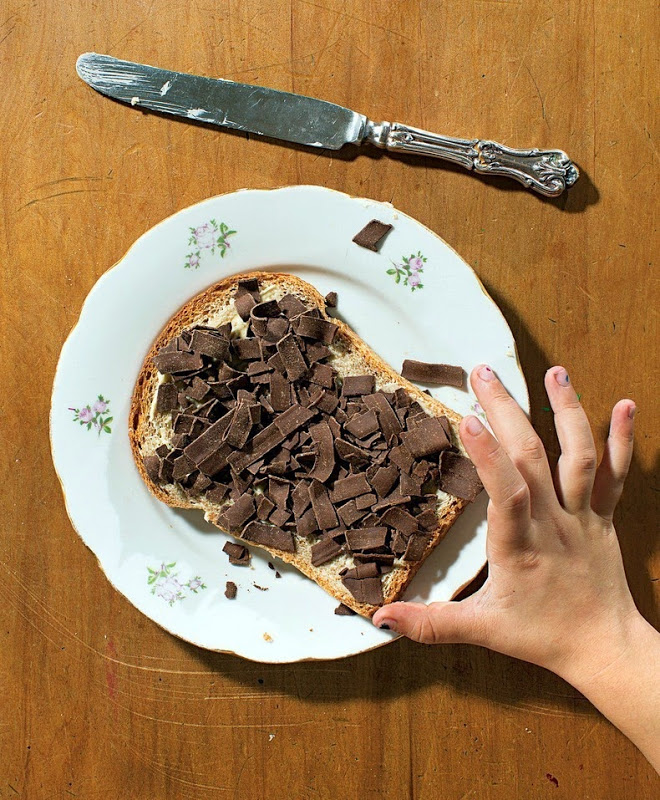 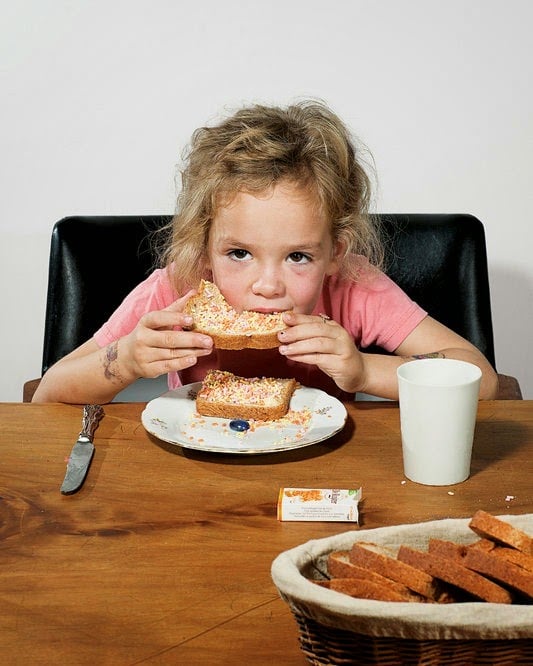 Viv Bourdrez, 5 years old, Amsterdam. For Viv, breakfast is a glass of milk with bread, unsalted butter and sweet sprinkles, which come in multiple flavors (chocolate, vanilla, fruit) and sizes (small, large, shavings). A government-run website promoting tourism boasts that every day the Dutch eat at least 750,000 slices of bread topped with the chocolate sprinkles called hagelslag (‘‘hailstorm’’), making it the country’s most popular bread topping. 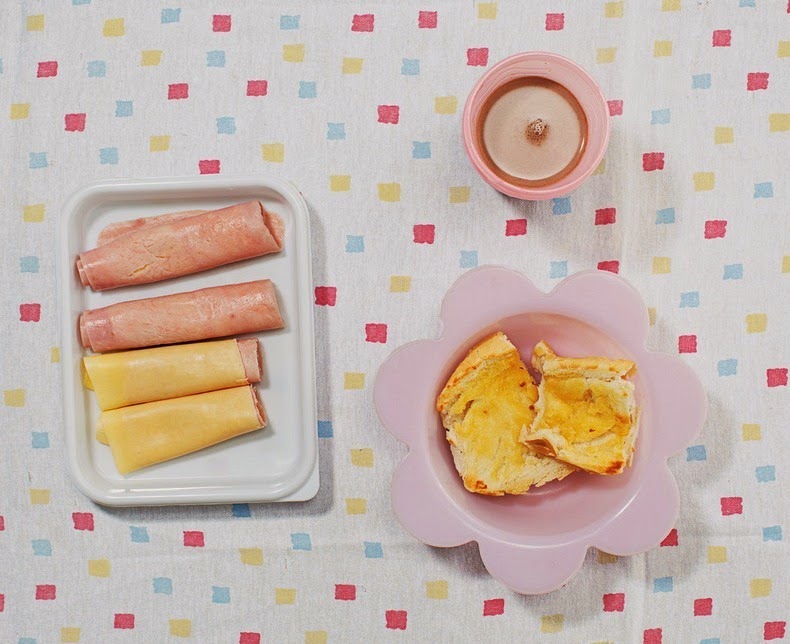 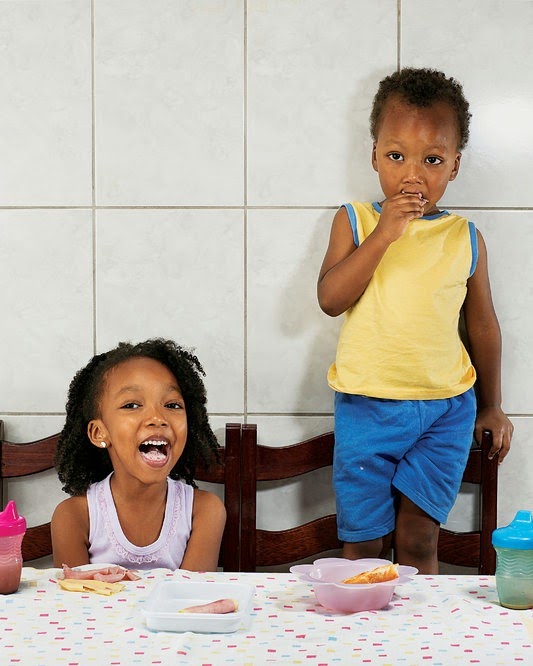 Aricia’s pink sippy cup is full of chocolate milk, but her brother Hakim’s cup contains coffee. For many Brazilian parents, coffee for kids is a cultural tradition, they believe helps their children concentrate in school. Brother and sister are eating ham and cheese as well as pão com manteiga, bread with butter. 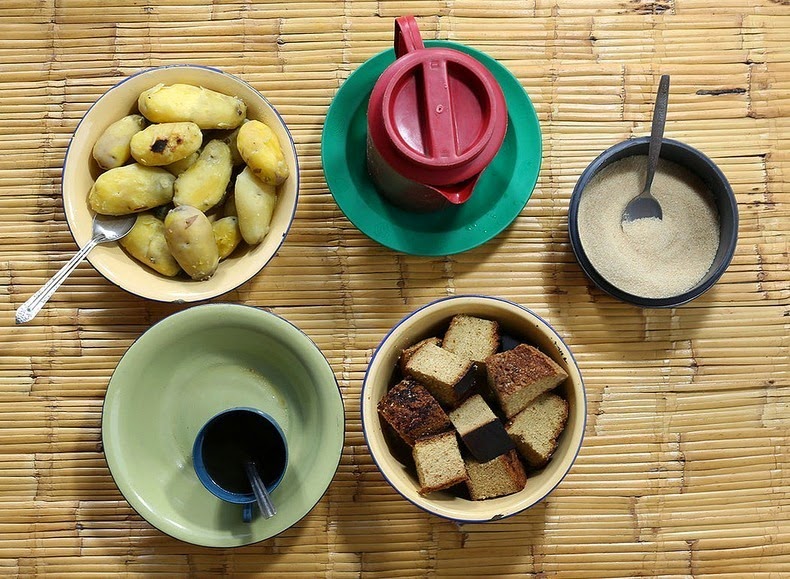 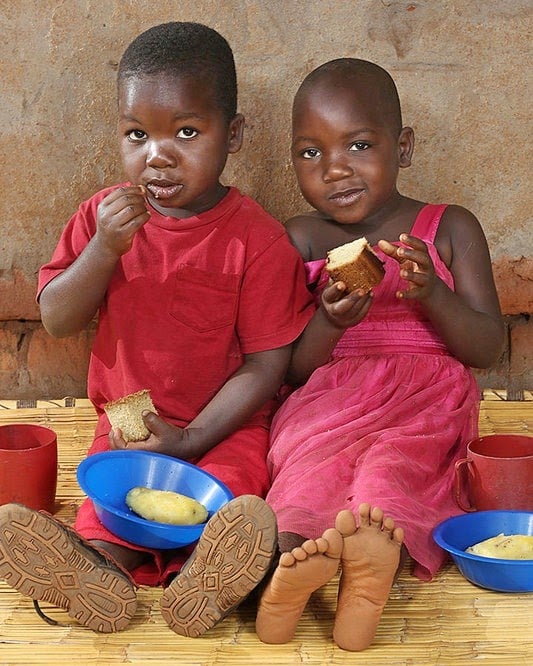 Phillip and his twin sister, Shelleen, start their day with a sweet, cornbread-like cake called chikondamoyo, cooked in an aluminum pot over a fire. Breakfast for the Kamtengo twins and their older siblings also includes boiled potatoes and black tea with a heaping spoonful or two of sugar. 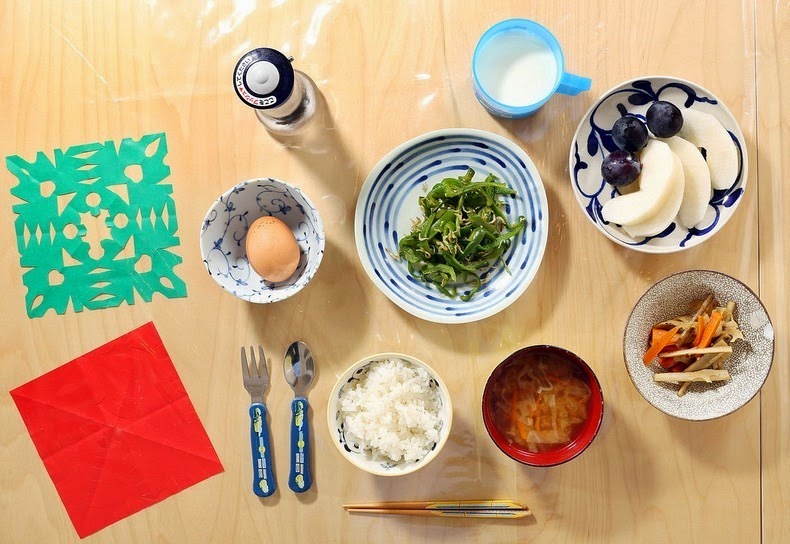 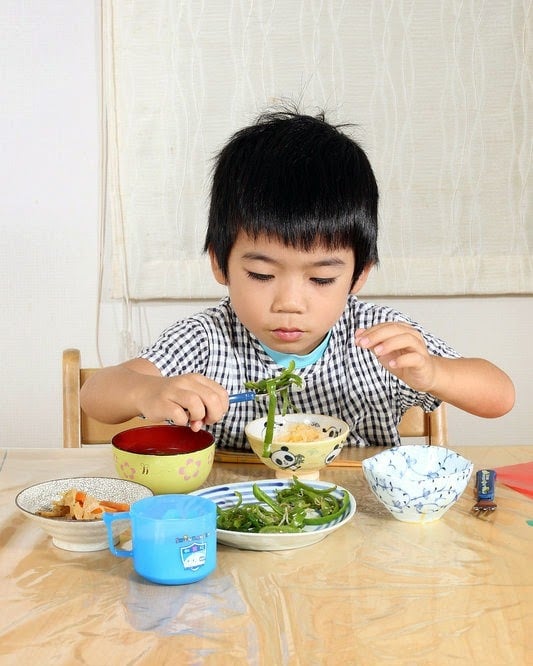 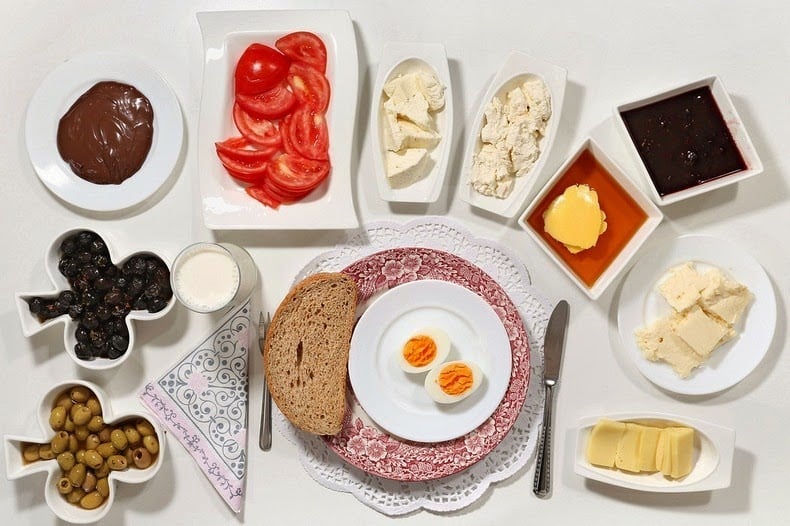