Nikolai Tolstyh takes photos of paper animal silhouettes in a natural setting. The combination is surprisingly perfect: the surroundings provide both color for the cutout...
Read more
People

Liu was born in 1991 to a family of opera singers in the city of Huaibei, Anhui Province. She grew up by the stage watching her parents performing operatic stunts. She was only 8 years old when she shows interest in contortion. She started practicing contortion at Shandong Acrobatic School. After four years of diligent studying, Liu began touring the country performing contortion accompanied by her parents. She was always dedicated and determined towards her goal. 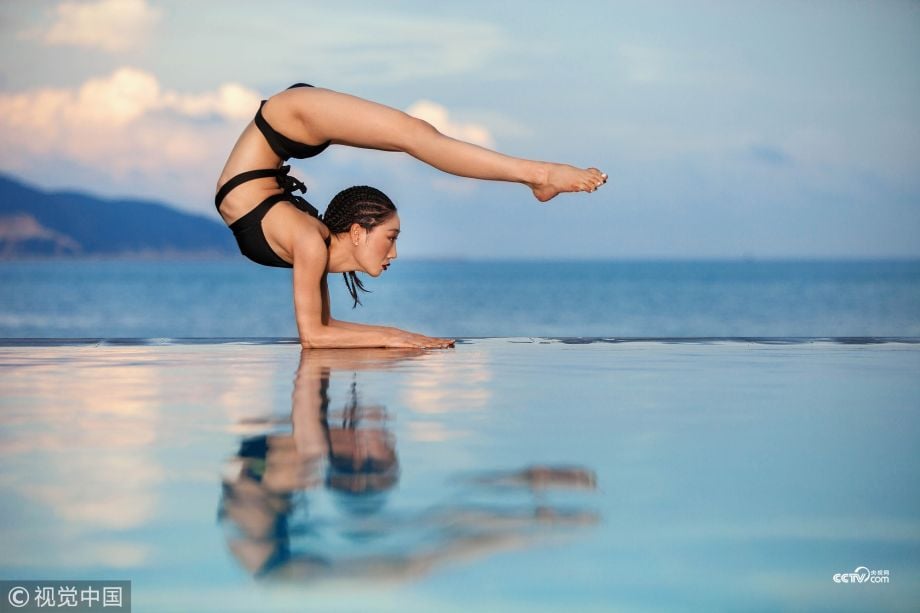 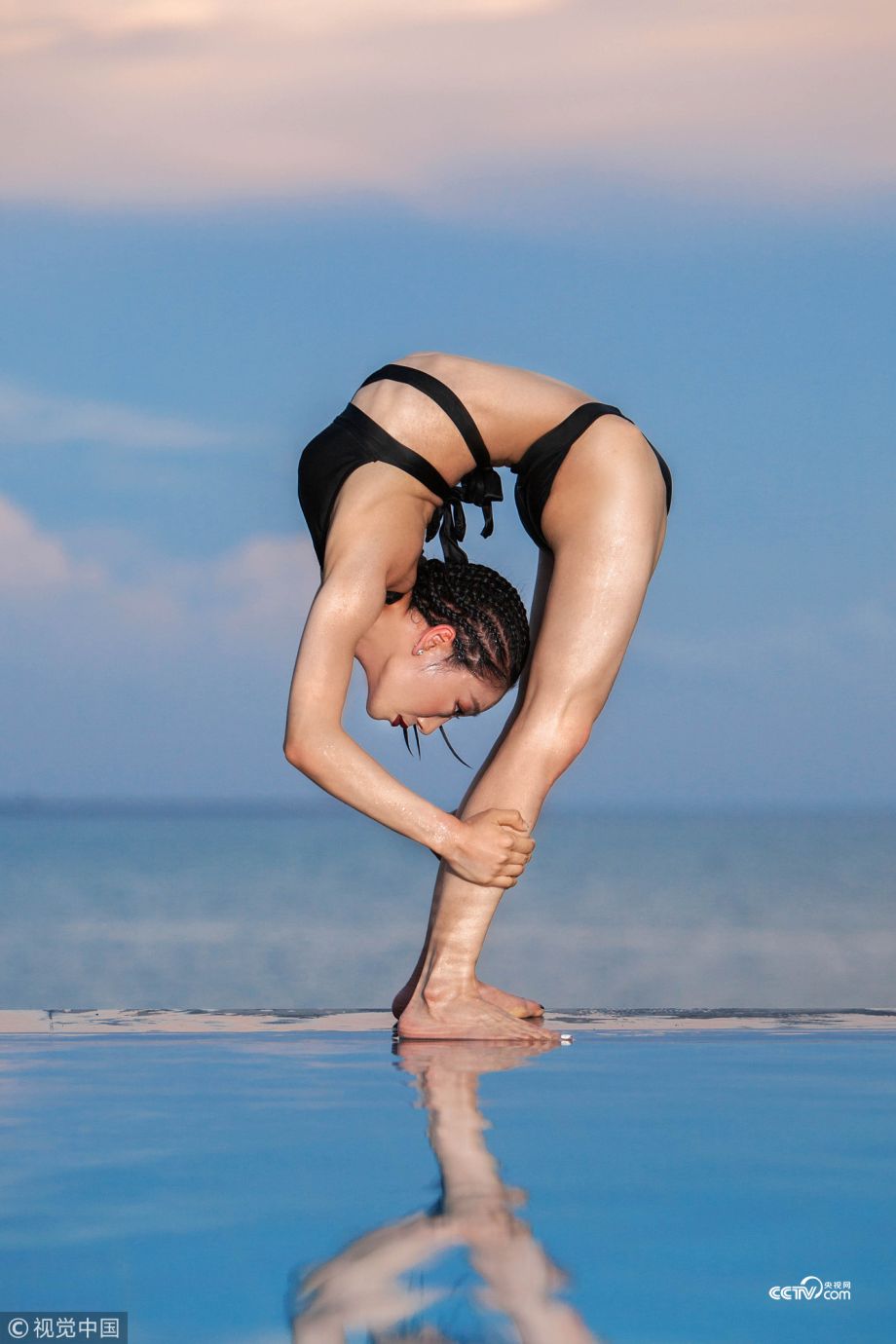 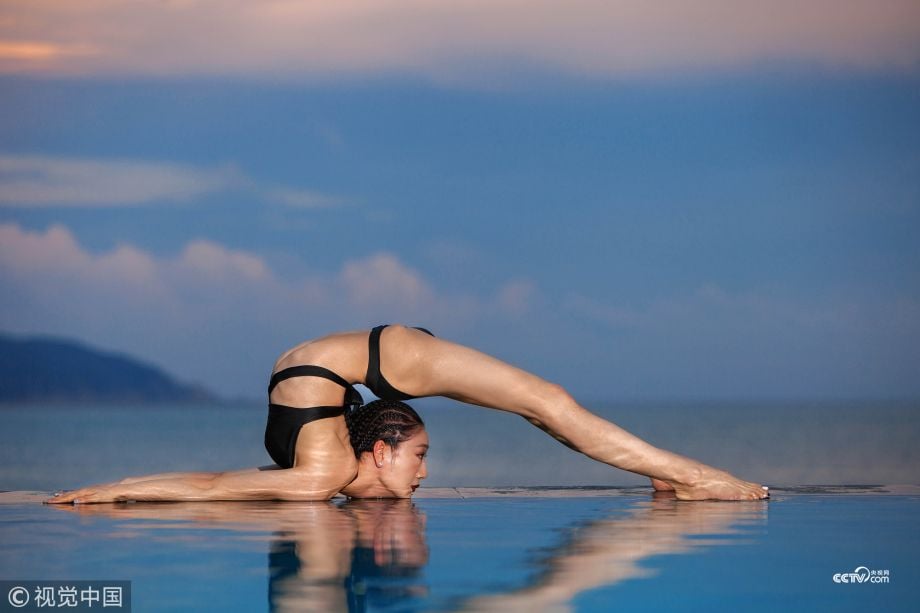 On November 6 during China Fashion Week, Liu Teng, from China, gave the impressive performance. She kept rolling leg out first and chest on the floor in a difficult position for 20 metres (65 feet). The 26-year-old beat the previous record 17.47 seconds set by British contortionist Leilani Franco in 2013.

‘Queen of contortion’ has impressed the world with her jaw-dropping flexibility. 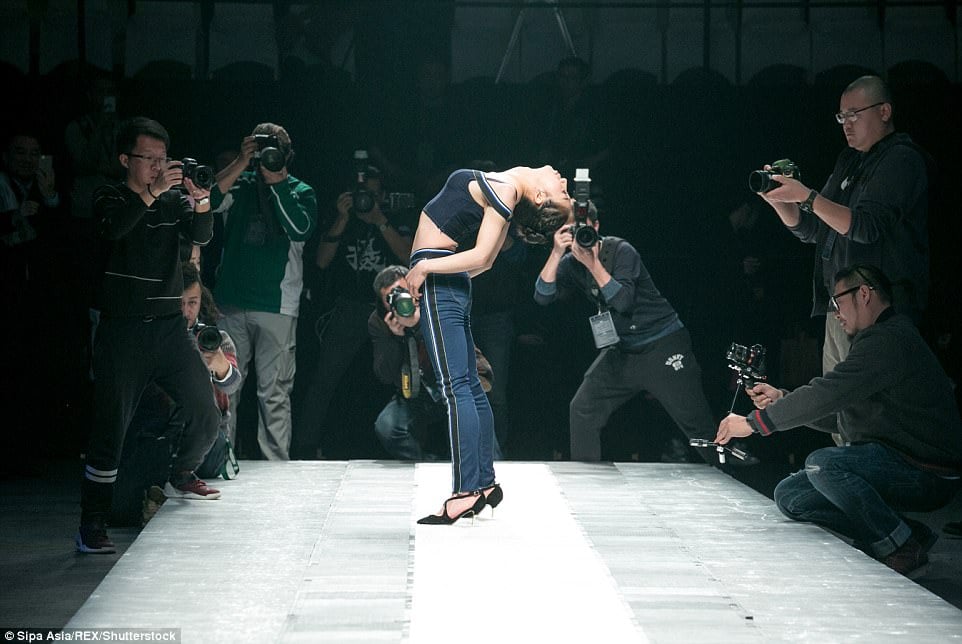 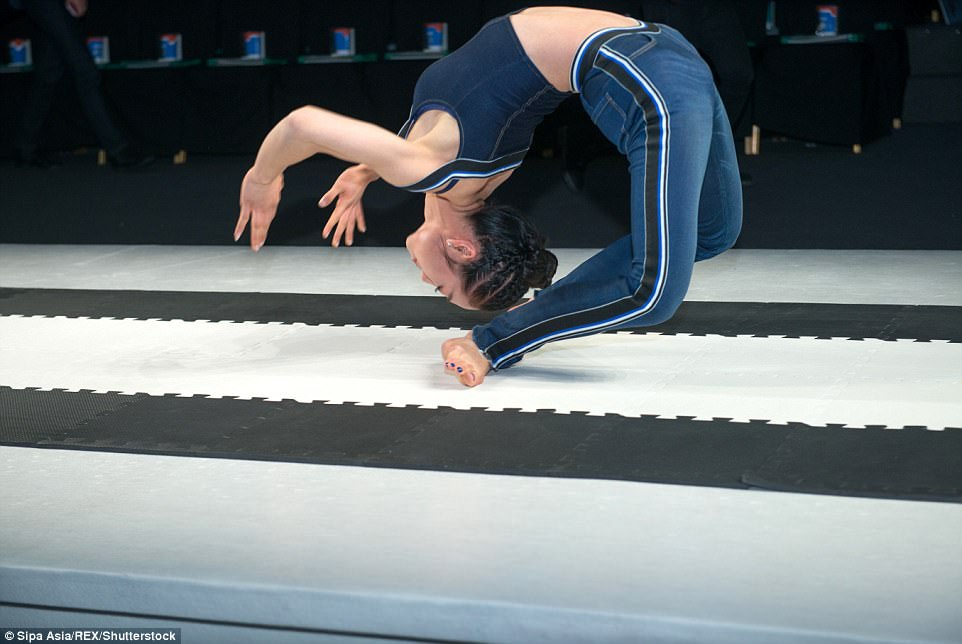 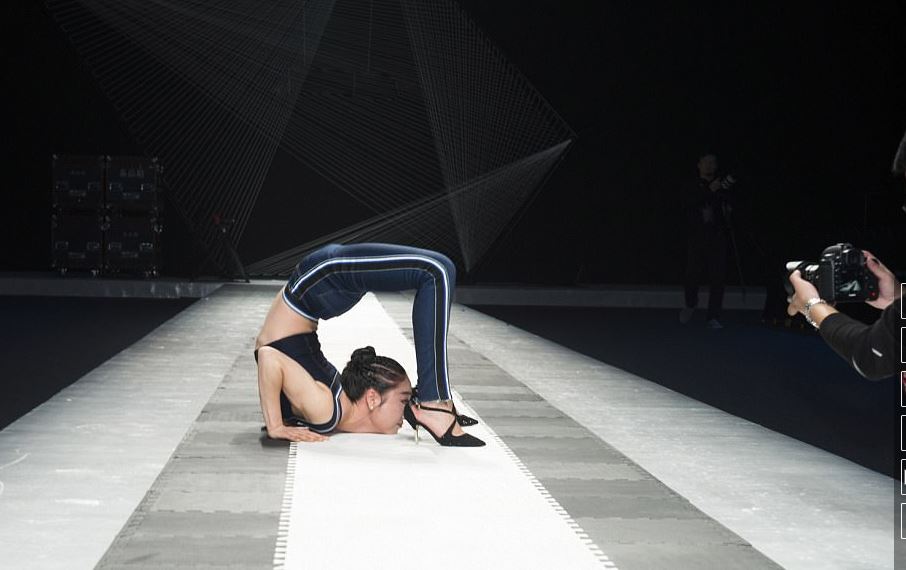 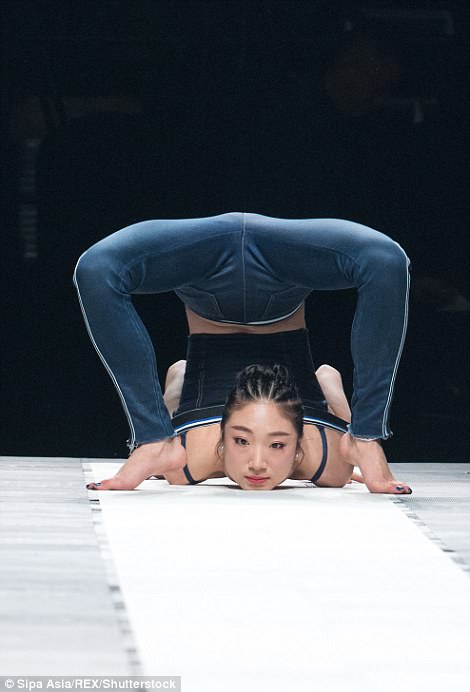 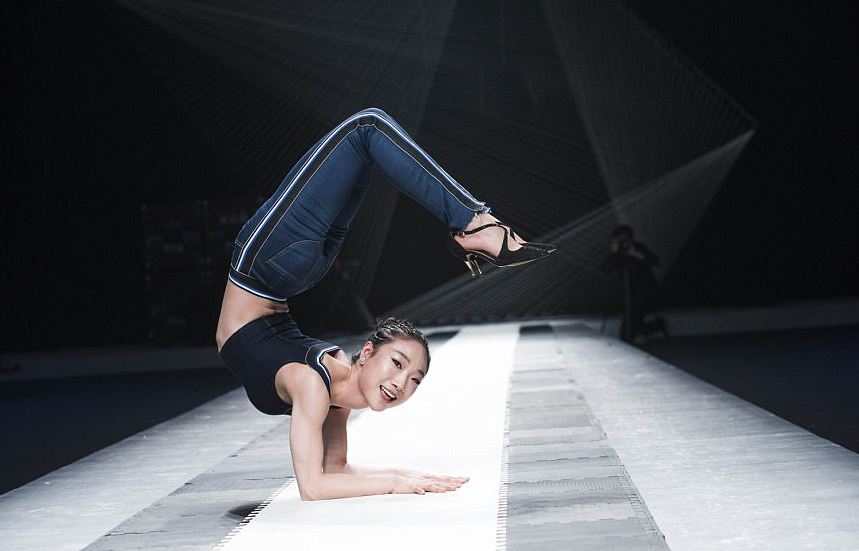 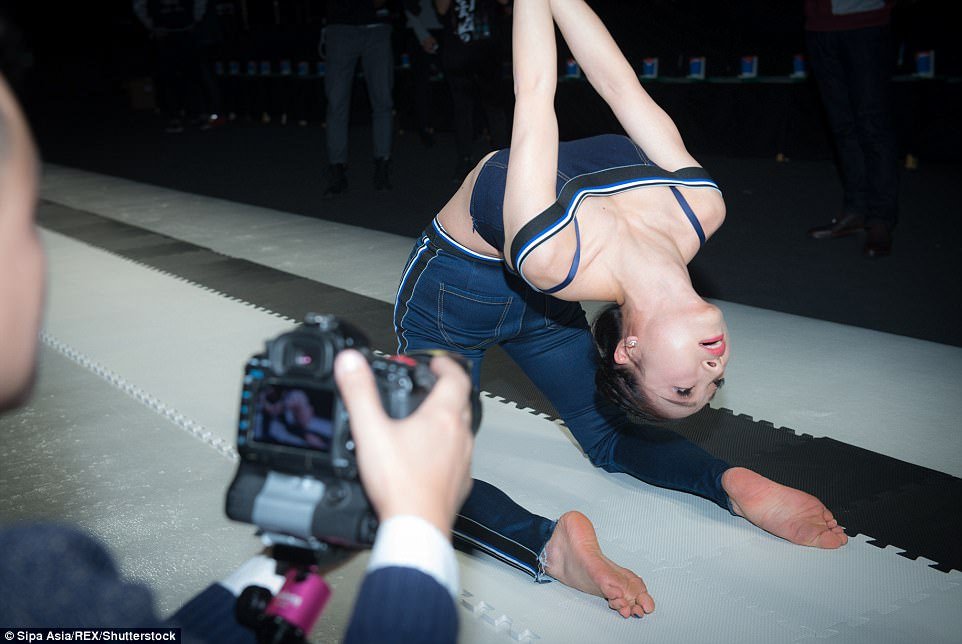 Journey of Her Fame

Liu rose to national fame in China in 2013 after she was invited by China central Television Station to perform in several reality TV shows and galas. In February, 2015, Liu went head to head with Russian contortionist Julia ‘Zlata’ Gunthel in CCTV’s Guinness World Records Special.

The two super-flexible women were tasked to break Guinness World Records for as many times as possible with stunts such as picking up a flower with mouth in a back-bending position. Liu smashed existing records for 10 times during live broadcasting, but Zlata, known as the world’s bendiest woman, totaled 11.

Later in the same year, Liu stunned Chinese views after contorting her body to fit in and move through three tiny plastic boxes in a CCTV reality TV show Challenge the Impossible

Now Liu spends most of her time touring around China as a guest performer on TV shows.

Speaking to MailOnline of her biggest dream in life, Liu said: ‘I want the world to immediately think of my name whenever contortion is mentioned.’

Lets wish her good luck. If you like she deserves to be famous, please share this article

Credit for the article and images : Source1 and Source2

This Dog Loves Music, But The Look On...

Proving music is a universal language, Bailey loves listening to the guitar and actually bops her head in rhythm to the music. But, when...
Read more

England’s tournament campaigns often end in glorious failure, this one began with something similar – a defeat full of rich promise. They attacked with pace...
Read more

See your favourite star Sunny Deol and Akshay Kumar in their childhood days. See the antics of Sunny and Akshay which they still do....
Read more

11 Hollywood Hot Celebs Who have come out...

Hollywood has a long list of out and proud celebrities. From trailblazers like Melissa Etheridge and K.D. Lang to more newly out names like...
Read more

12 Things Sharks Do Better Than Everyone Else

They’re the coolest fish on earth. Sharks are coming to Brooklyn in 2016. Become a part of New York history and help build the...
Read more
Load more