The Hornbill festival is a celebration held every year in the first week of December, in Nagaland, North-east India. It is also called as the 'Festival of Festivals'.The tribes of Nagaland celebrate their festivals with appreciation and fervor. More than 60% of the population of Nagaland depends on agriculture and therefore most of their festivals revolve around agriculture. They consider their festivals sacred and so participation in these festivals is essential.

Nagaland is known as the land of festivals, as each tribe celebrates its own festival with dedication and passion.
To encourage intertribal interaction and to promote cultural heritage of Nagaland, the Government of Nagaland organizes the Hornbill Festival every year in the first week of December, starting in the year 2000.


We have found an amazing collection of Hornbill festival on roughguides.com thanks to roaming photographer Diana Jarvis who took some time away from her usual stomping grounds in Europe and headed to the far northeastern Indian state of Nagaland to witness the annual Hornbill Festival. Here, she shares 15 photos of the indian fascinating tribes like Chakhesangs, Kukis, Kacharis, Angamis, Konyaks, Aos, Sumis, Changs, sangtams, Lothas, Pochuris.


1. A man from the Konyak tribe in battle mode 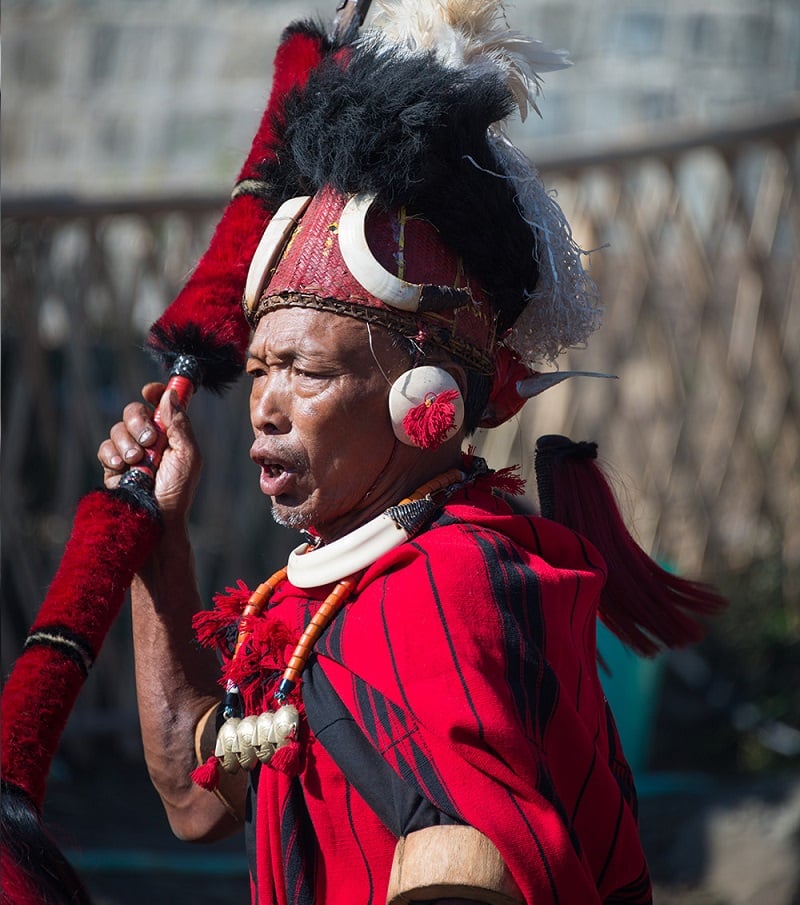 2. Ladies of the Konyak tribe fix an earring 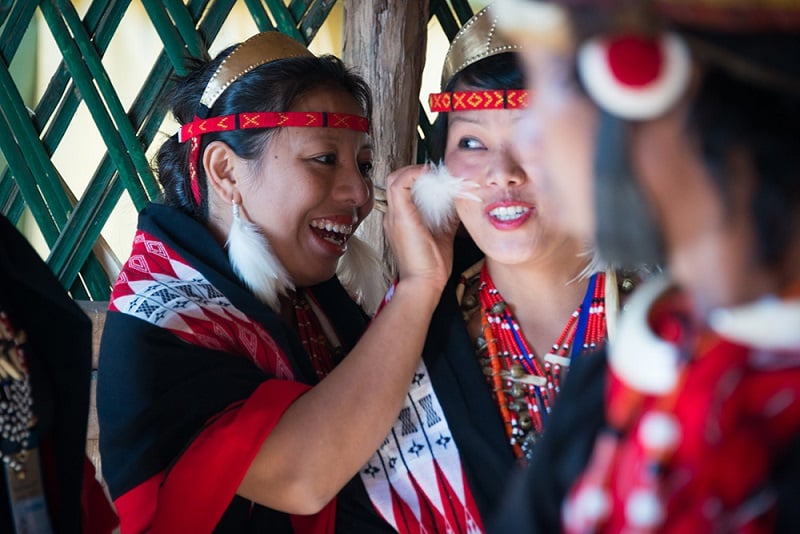 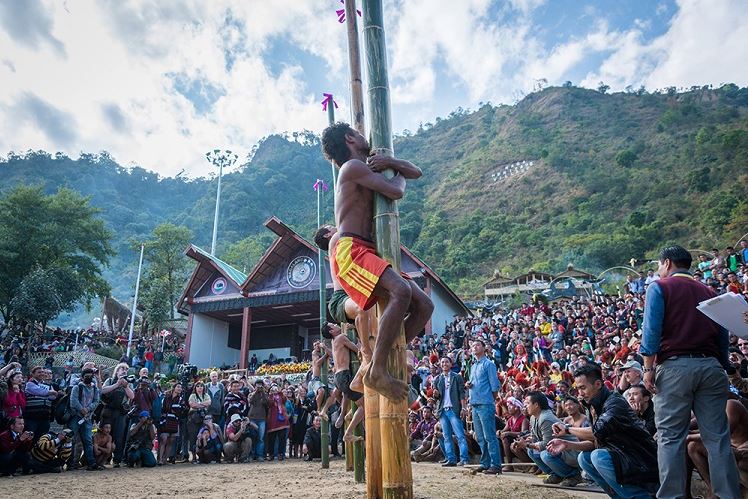 4. A gun-toting tribe line up for action 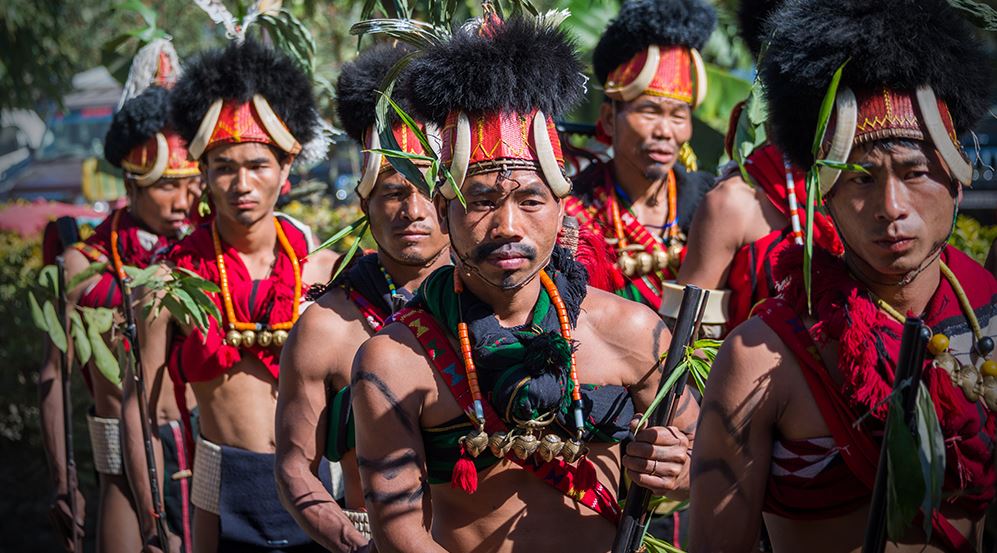 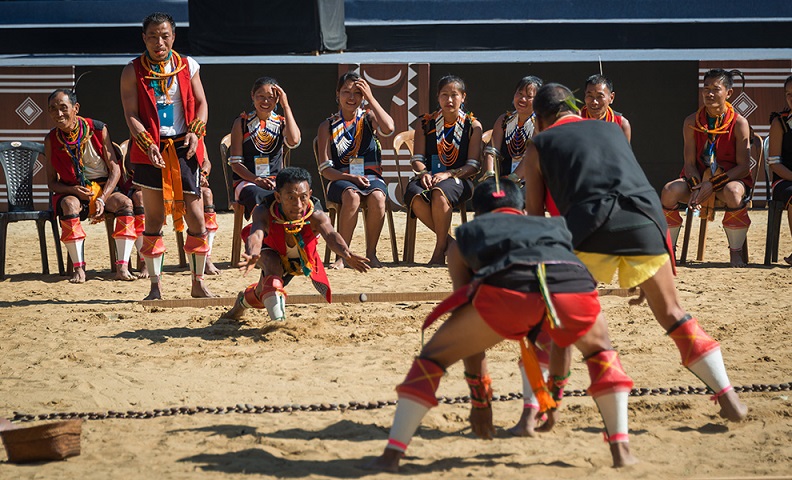 “I’d visited India on several other occasions but my trip to Nagaland was a real photographer’s dream”, she says, “the people are extremely welcoming and proud to show off their cultural heritage but equally connected to the modern world and, like anywhere else in India, they love to pose for photos.” 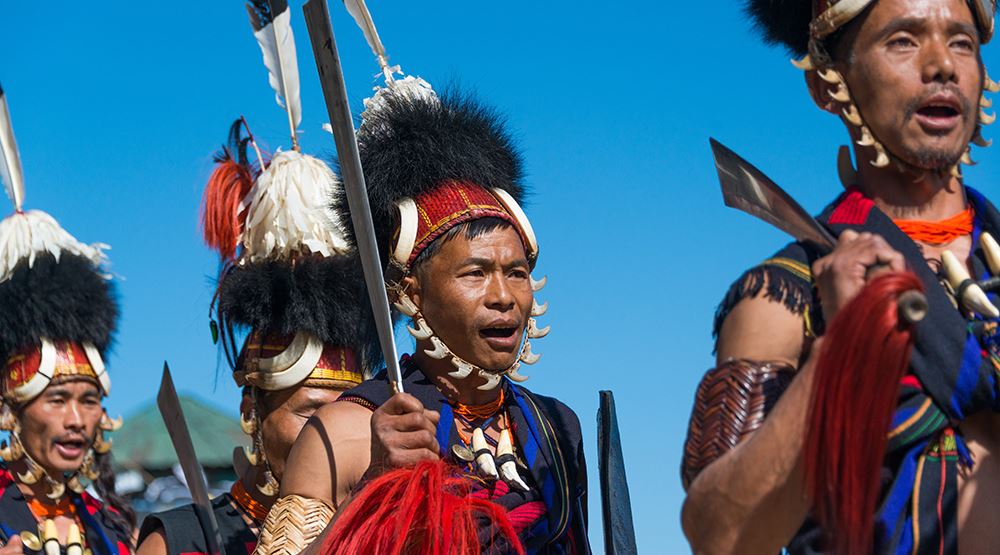 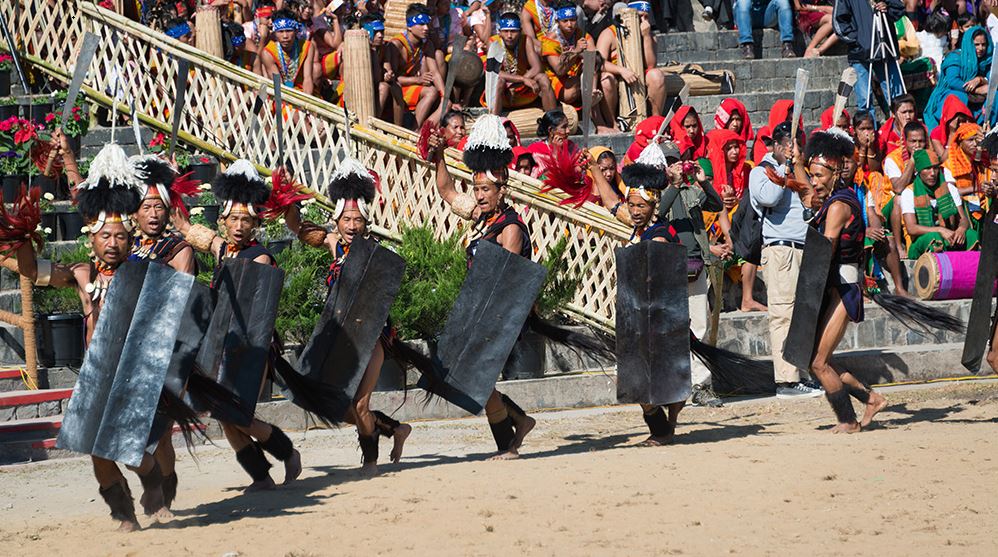 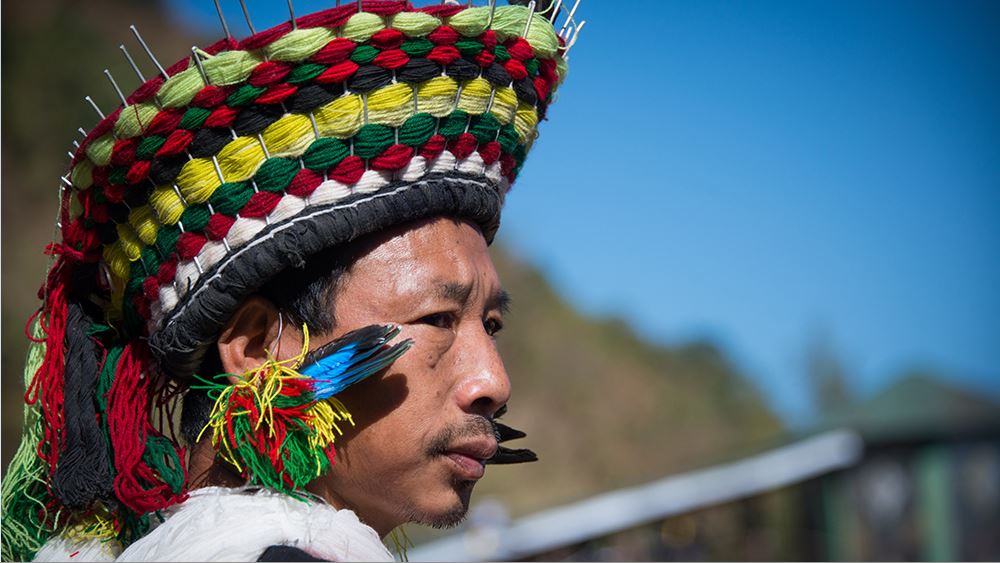 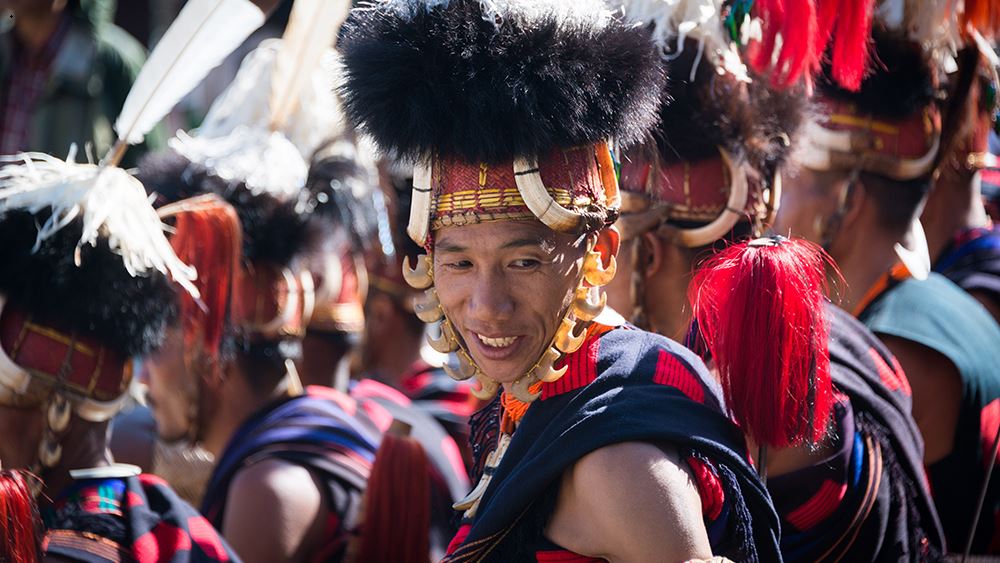 10. A smile as tribes get together 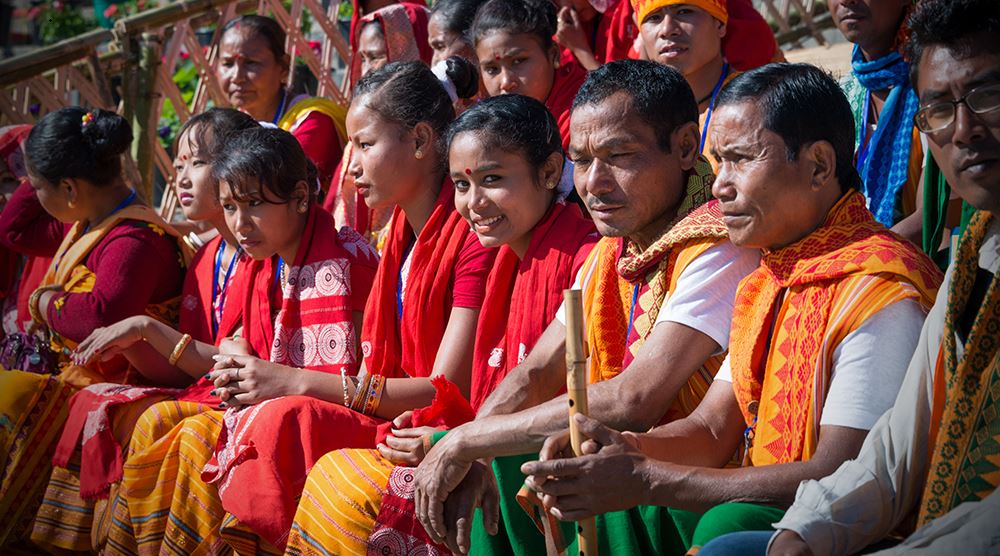 “Nagaland didn’t become part of India until 1963 and, owing to its remote position bordering Assam and Myanmar, doesn’t feature regularly on many an Indian itinerary. During the second world war, however, the capital city Kohima was the site of a famous frontier battle between the Allies and the Japanese troops. As a result, the people of Nagaland have a great fondness for the efficiency of the Brits and many speak perfect English.” 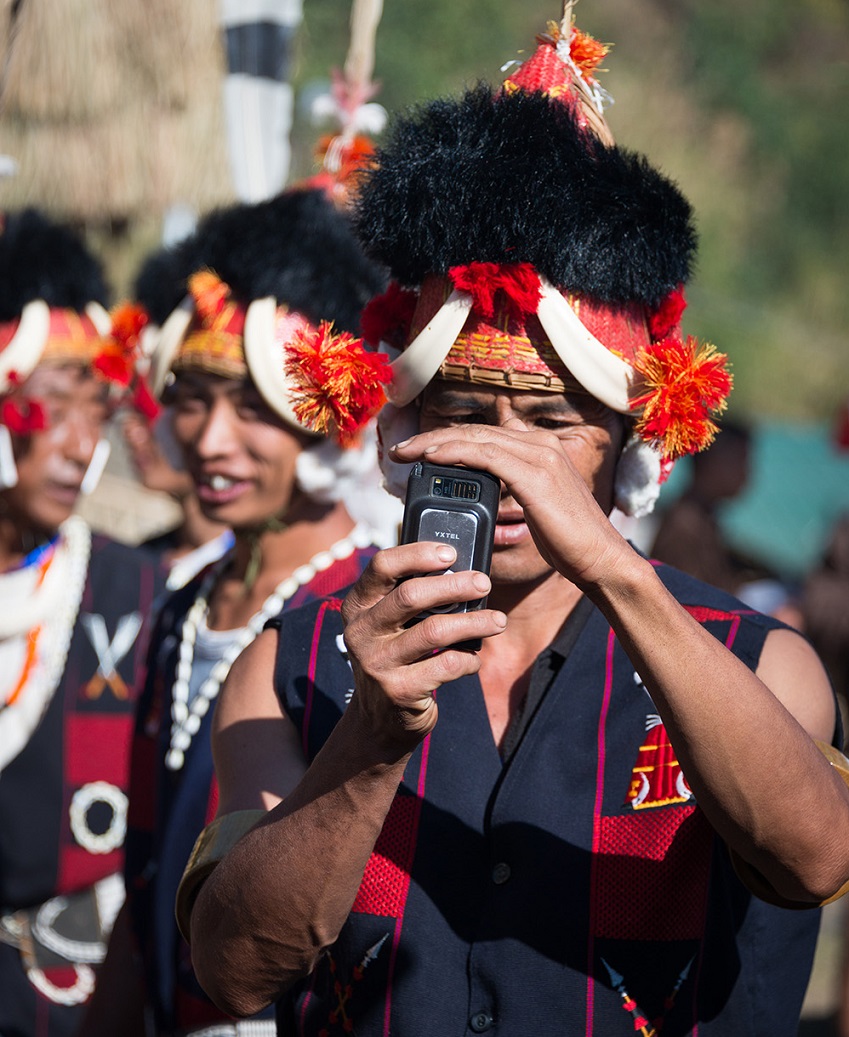 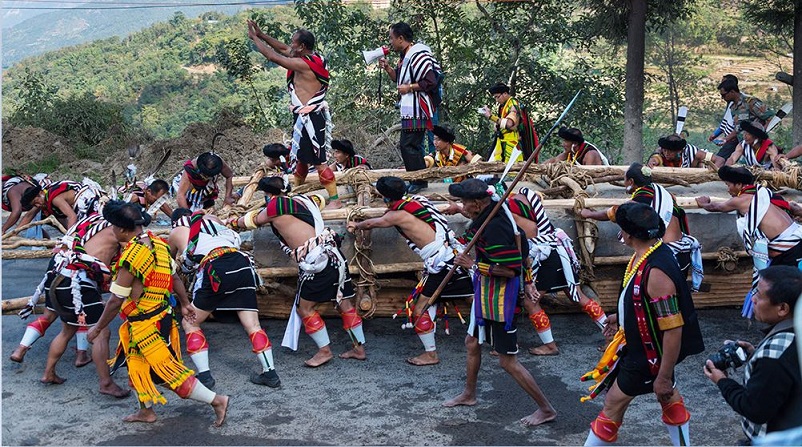 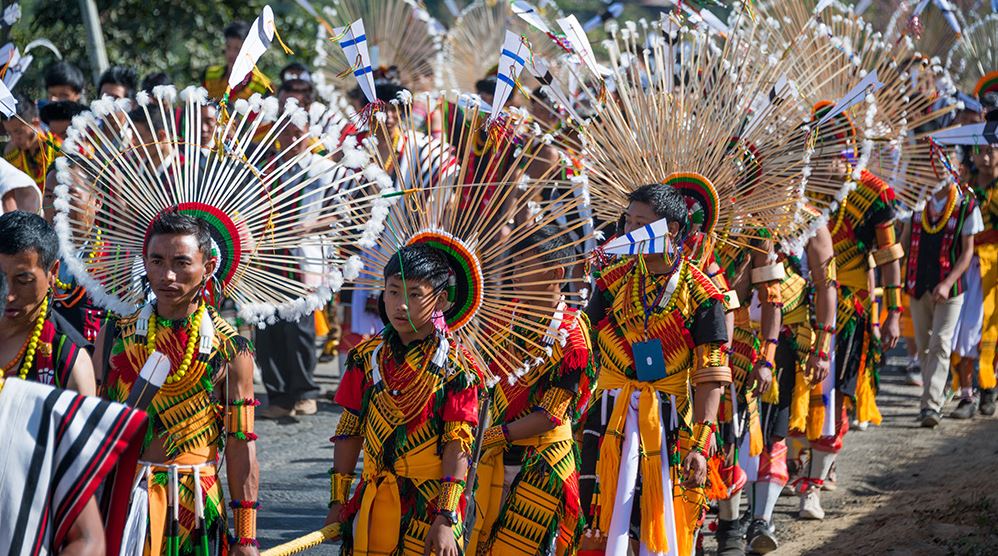 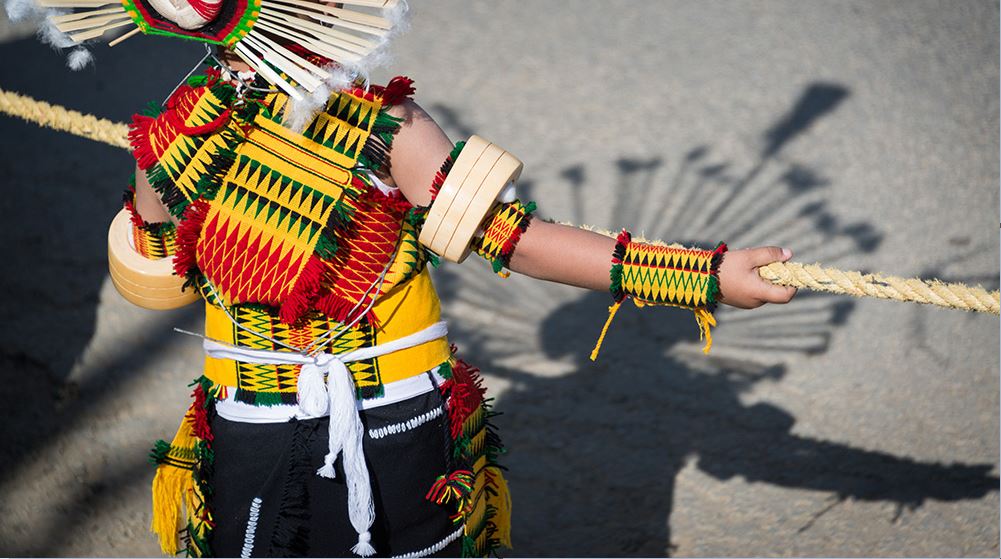 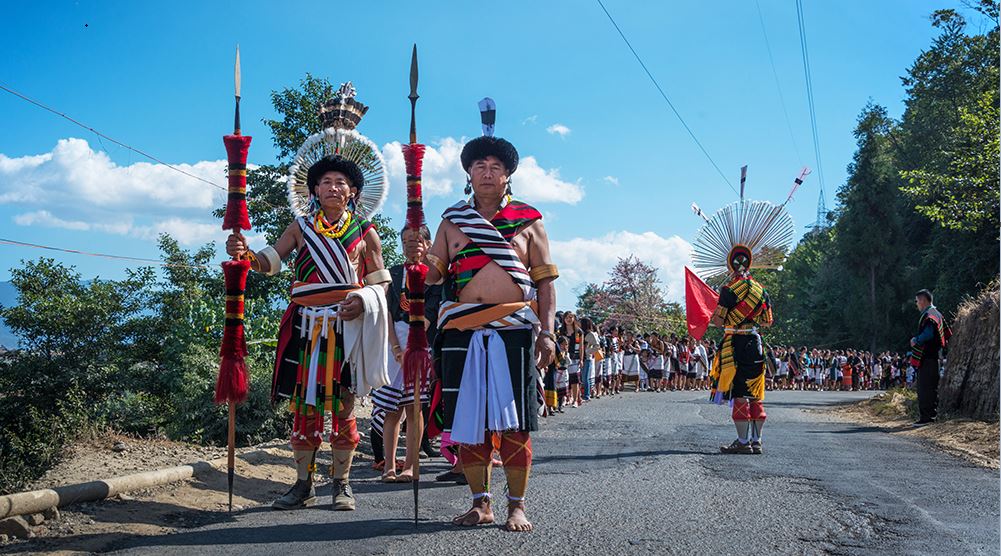 “The landscape is mountainous, dramatic and teeming with wildlife. The food – give or take the odd blow-your-head-off Naga chilli – was so unique and tasty that they have their own annual Masterchef competition at the Hornbill Festival. Other cultural highlights include demonstrations of a traditional stone-throwing game, ceremonial chanting, warrior dances, plays performed in various Naga dialects and the greased-bamboo climbing competition – but my highlight was witnessing the stone pulling at Viswema which, apparently, only happens roughly once every seven years.”


The Hornbill Festival is celebrated each year from 1st till 7th in the month of December. The festival takes place at Kisama Heritage Village which is located around 10 km from Kohima, the capital of Nagaland.

The Festival is named after the large and colorful Hornbill bird which is displayed in folklore in majority of Naga tribes. The Hornbill Festival is one of the biggest celebrations of the native tribes of Nagaland and encourages inter-tribal relations and promotes the cultural heritage of Nagaland. The festival is organized by the State Tourism and the Art & Culture Departments. The main aim is to revive and protect the culture, extravaganza and traditions of Nagaland. For tourists it is an opportunity to understand the people and culture of Nagaland.


Organized by the State Tourism and Art & Culture Departments, Hornbill Festival showcases a mélange of cultural displays under one roof. This festival usually takes place between the 1st and the 7th of December every year in Kohima.

Hornbill Festival is held at Naga Heritage Village, Kisama which is about 12 km from Kohima. All the tribes of Nagaland take part in this festival. The aim of the festival is to revive and protect the rich culture of Nagaland and display its extravaganza and traditions.

For visitors it means a closer understanding of the people and culture of Nagaland, and an opportunity to experience the food, songs, dances and customs of Nagaland.


You can see more of Diana’s work on her website.