There's been an evolution in this telecommunications technology over the years, with nomenclatures like 2.5G etc. Recently, Samsung has claimed a breakthrough with 5G.What does all this actually mean? How has the technology evolved that would result in it being called "xG"?

When you’re looking at buying a new phone, you might find that there are way too many acronyms to choose from, between CDMA, GSM, LTE, and WiMax, and the list goes on. Instead, it can be easier to focus simply on the differences in these networks as they apply to you directly. The simplest explanation is that the “G” in 4G stands for generation, because 4G is the fourth generation of mobile data technology, as defined by the radio sector of the International Telecommunication Union (ITU-R). LTE stands for “Long Term Evolution” and applies more generally to the idea of improving wireless broadband speeds to meet increasing demand.

It marked the start of digital voice communication era. Main motive of this generation was to provide secure and reliable communication channel. It implemented the concept of CDMA and GSM. Provided small data service like sms and mms. Note that 2G internet services came after the 3G estabishment. 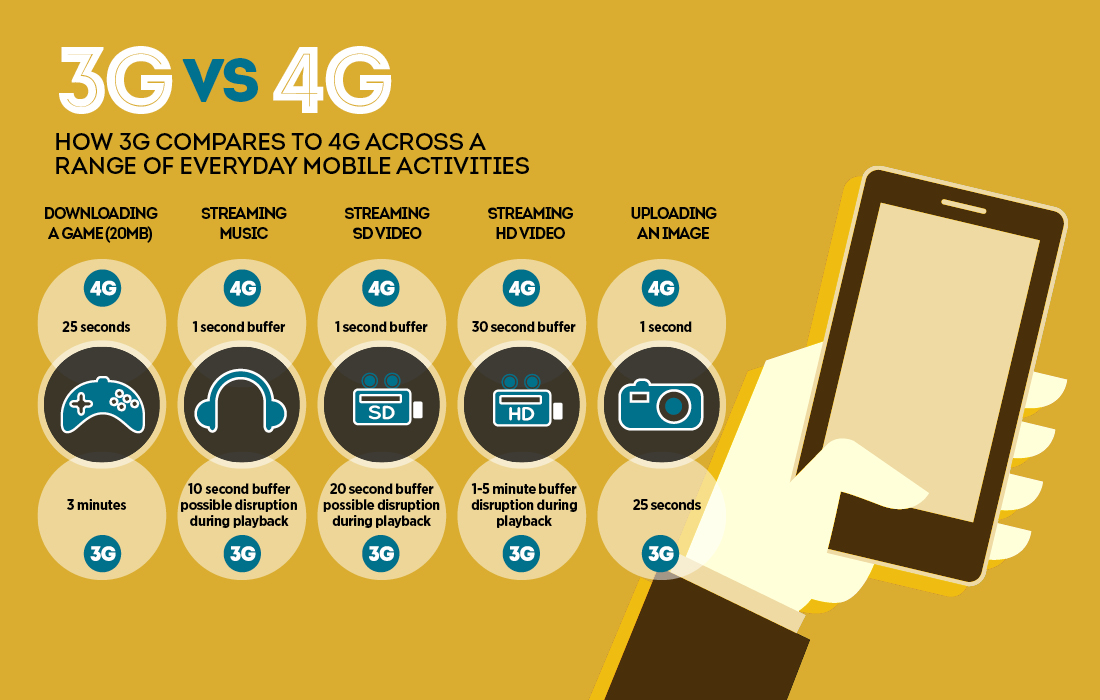 When 3G networks started rolling out, they replaced the 2G system, a network protocol that only allowed the most basic of what we would now call smartphone functionality. Most 2G networks handled phone calls, basic text messaging, and small amounts of data over a protocol called MMS. With the introduction of 3G connectivity, a number of larger data formats became much more accessible, including standard HTML pages, videos, and music.


The speeds were still pretty slow, and mostly required pages and data specially formatted for these slower wireless connections. By 2G standards, the new protocol was speedy, but still didn’t come anywhere close to replacing a home broadband connection.


The ITU-R set standards for 4G connectivity in March of 2008, requiring all services described as 4G to adhere to a set of speed and connection standards. For mobile use, including smartphones and tablets, connection speeds need to have a peak of at least 100 megabits per second, and for more stationary uses such as mobile hotspots, at least 1 gigabit per second.


When these standards were announced, these speeds were unheard of in the practical world, because they were intended as a target for technology developers, a point in the future that marked a significant jump over the current technology. Over time, the systems that power these networks have caught up, not just in the sense that new broadcasting methods have found their way into products, but the previously-established 3G networks have been improved to the point that they can be classified as 4G.


LTE stands for Long Term Evolution, and isn’t as much a technology as it is the path followed to achieve 4G speeds. As it stands, most of the time when your phone displays the “4G” symbol in the upper right corner, it doesn’t really mean it. When the ITU-R set the minimum speeds for 4G, they were a bit unreachable, despite the amount of money tech manufacturers put into achieving them. In response, the regulating body decided that LTE, the name given to the technology used in pursuit of those standards, could be labeled as 4G if it provided a substantial improvement over the 3G technology.


Immediately networks began advertising their connections as 4G LTE, a marketing technique that allowed them to claim next-gen connectivity without having to reach the actual required number first; it would be like the U.S. claiming they had landed on the moon because they got pretty close and the spaceship that got them there was a lot better than the previous ship. It’s not entirely trickery though, despite inconsistent speeds depending on location and network, the difference between 3G and 4G is immediately noticeable.


So the real question is, can you feel a difference between 4G and LTE networks? Is the speed of loading a page or downloading an app on your handheld a lot faster if you have LTE technology built in? Probably not. While the difference between slower 3G networks and new 4G or LTE networks is certainly noticeably faster, most of the 4G and “true 4G” networks have upload and download speeds that are almost identical. For now, LTE is the fastest connection available for wireless networks.


Ferrari LaFerrari electricCreating 4G connectivity requires two components: a network that can support the necessary speeds, and a device that is able to connect to that network and download information at high enough speed. Just because a phone has 4G LTE connectivity inside doesn’t mean you can get the speeds you want, in the same way that buying a car that can drive 200 MPH doesn’t mean you can go that fast on a 55 MPH freeway.

Before carriers were able to truly offer LTE speeds in major areas, they were selling phones that had the capabilities they would need to reach the desired speeds, and afterwards started rolling out the service on a limited scale. Now that LTE service is fairly widespread, this isn’t as much of a problem, but if you don’t live in a major metropolitan area it’s worth checking to make sure you actually need LTE service where you live and work. With the rise in popularity, it’s uncommon for a provider to charge less if you aren’t utilizing the LTE speeds on a regular basis, but you can save money by picking up an older generation smartphone with only 3G or 4G connectivity.


No matter what the data is or how fast it’s being transferred, it needs to be packaged and sent so that other points on the network can interpret it. Older networks use circuit-switching technology, a term that refers to the method of communicating. In a circuit-switching system, a connection is established directly to the target through the network, and the entirety of the connection, whether it’s a phone call or a file transfer, happens through that connection.

A lot of the technology used to create 4G speeds doesn’t have anything to do with voice communication. Because voice networks still use circuit-switching technology, it became necessary to reconcile the difference between older and newer network structures. A few different methods have been enacted that deal with the issue, and most carriers chose to deploy one of two options that preserved their control over the minutes used.

They do this by either allowing the phone to fall back to circuit-switching standards when used to make or receive a call, or by using packet-switching communication for data and circuit-switching for voice at the same time. The third option is to simply run the voice audio as data over the new LTE networks, a method that most companies have avoided, most likely because it takes away their power to easily charge for voice minutes. Voice over LTE is basically what happens already when you make a Skype call or a Facetime Audio connection to another user, with higher-resolution audio and faster connection speeds.


The Difference Between 2G 3G 4G and LTE Speeds Explained:

A full explanation of the difference between 2G, 3G, 4G and LTE speeds. I think that's enough of basics for you.