From Overweight, Alcoholic And Smoker To Marathon Man | Steve Way


Another inspirational & motivational story from the field of sports. Let's meet Runner "Steve Way" who become a role model for many people's around the world.

Seven years ago Steve Way weighed 16 1/2 stone and had high-blood pressure, a 20-a-day habit and an addiction to takeaways and chocolate. So, like many other people, he began running to get fit. Only he didn’t stop. And 26,000 miles later – more than the circumference of the globe – and at the grand age of 40, he came 10th for England in the Commonwealth Games marathon. From worryingly fat and wheezy to prodigiously fast and breezy while approaching middle age.

Heard that Muhammad Ali quote about golf? "I'm the best – I just haven't played it yet." 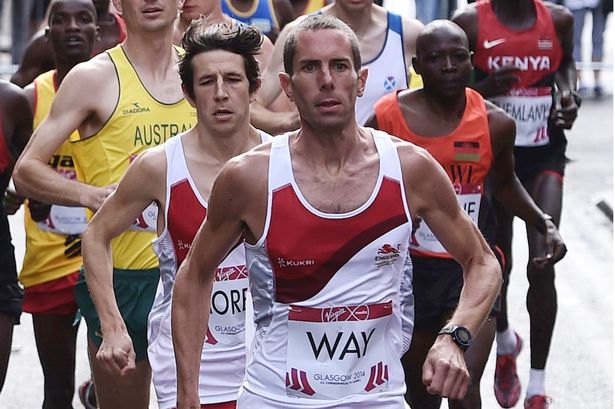 
"I didn't really take any interest in sport at school," Way, from Poole in Dorset, told BBC Sport before the event. "I was pretty good at maths and physics, a bit of a geek. But I also enjoyed myself quite a lot in my twenties.

"The big change came when I was 33, in September 2007. I was at my heaviest, about 16-and-a-half stone, and I was smoking about 20 cigarettes a day. I'd have sleepless nights because of the coughing. It wasn't pleasant.

"I'd be lying if I said I had an epiphany but I didn't like the person I saw in the mirror in the morning and I do remember the emotion I felt, the feeling that 'right, I've really got to do something, make some changes'. 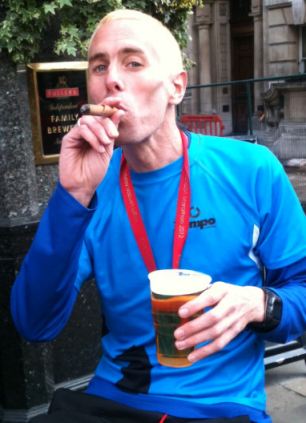 "I wasn't clinically depressed but I was just moseying from one day to the next. I had no goals in life. There was nothing going on to get me excited.

"I needed to find something I could focus all my attention on that was going to help me lose weight and keep me off the cigarettes. In order to bury your vices you need to find an equal and opposite addiction. You need to find a passion."

It would be disingenuous to claim that Way had no inkling of his buried talent before that fateful day. In 2006, he entered the London Marathon, trained for three weeks and finished it in a little over three hours, not a bad time for a decent club runner. After which, Way ditched the running shoes and went back to moseying for 18 months.


But after deciding to get passionate and give up his vices for good, Way got seriously fast in a miraculously short space of time: seven months after emerging from his chrysalis and realising what beautiful wings he had, he clocked 2:35.26 in London and finished 100th. 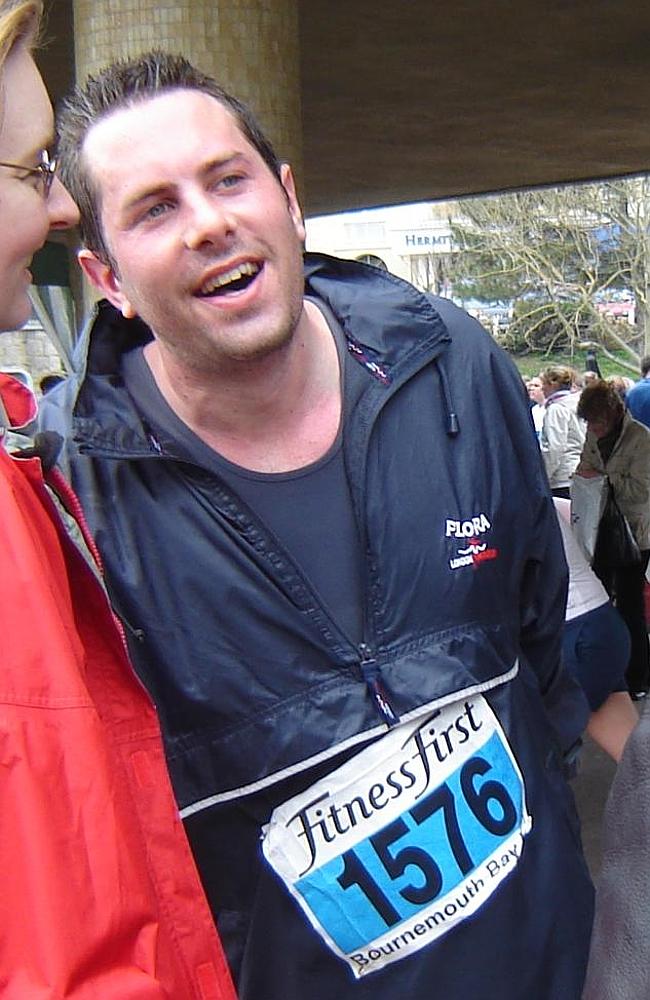 Steve Way before kicking the cigarettes and alcohol : Image Source

His old friends down The George didn't really know what to think, except to say "you've changed". Changing can be a cardinal sin among a tight-knit group of mates.

"Until about a year into it they'd say to me, 'so, you're still doing this running thing?'" says Way. "They found it difficult to comprehend and embrace, especially because I was socialising less and less. But as time went on they began to see how happy it made me. Now they love that they knew the old me."
If you thought this story sounded fantastical so far, listen to this: Way somehow manages to combine running 130 miles a week with a 9-5 job in a bank. Which begs the question: what do you do on your lunch breaks? 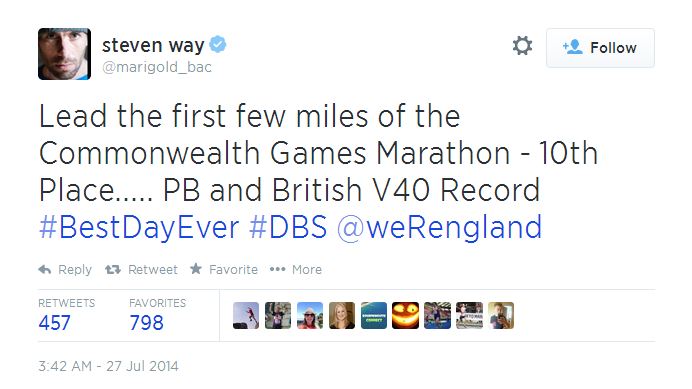 "Running is a choice, not my job," says Way. "At the start of this journey I had a well-paid IT career but the hours didn't fit in with my training. So I changed jobs, took a considerable pay cut and made sacrifices.

"I have to be a little bit selfish – the training takes up a lot of my time. When I got married I wasn't the person I am now, but my wife Sarah is so supportive. She sees how happy it makes me and the passion it's brought us as a couple."

Way is often asked what might have been had he taken up running earlier. But why worry about what might have been when the present is so fulfilling?
"I don't regret going out and enjoying myself," says Way, who recently went on a 40th birthday bash in Barcelona, combining long training runs when his mates were in bed with the odd alcoholic beverage.


"I now have the best of both worlds. I still have an enjoyable social life, although it no longer involves going out clubbing on Friday and Saturday nights, but I also have passion and excitement in my life."

7 Reasons You’re Not Living the Life You...

Many people spend the whole life in endless pursuit of happiness and consequently feel unhappy. Happiness is a polysemantic word since every person finds...
Read more

5 Efficient Ways to Add Aura in Your...

Have you ever heard of charisma? This is the most desirable dream of many people, because they believe that this God’s gift is the...
Read more

Energy Efficient Glass is the Best Option for...

The advancements in technology have made possible the manufacturing of glass that is strong and highly durable. This has led to its increased use...
Read more

Presenting the Official full song of 'Sukoon Mila' from Mary Kom starring Priyanka Chopra in & as Mary Kom. Get Knocked Out this season by...
Read more

This simple experiment graphically demonstrates the poisons contained in a cigarette. A cigarette is mounted is a bottle lid. When water drains out it...
Read more

Couple Gets A ‘TERRIFYING’ Shock At The Movie...

Carlsberg pranks innocent couples and puts a whole lot of bikers in the cinema. Who has the guts? laugh! :-) This is an amazing video...
Read more
Load more