20 Bullets on How to write the sounds in different countries

What Noises Do Animals Make In Other Languages? Here Is An Important Guide

It is understood by the words onomatopoeia to imitate the sounds, noises or visual phenomena. Thus, words like “Wow” (imitating the sound of a dog barking), “Bang” (imitates the sound of a shot) or “Tic Tac” (the sound of a clock) are onomatopoeia. Curiously onomatopoeia are not the same in all countries, in fact, most differ much; the end of the day in each language expresses sounds (sleeping, eating, pain, etc.) in their own way.

Well, it is these vignettes have the opportunity to see the differences between countries when it comes to express the sounds of writing. The author of these is the ingenious cartoonist James Chapman, who had the idea of doing a job to explain all this in a very funny way. How to write the sound of dogs in Russian, Japanese or Arabic? And the kissing or sleeping? In these drawings we will see more than twenty onomatopoeic sound in its different variants depending on the country. If quiren see sounds or learn more about the author here are access to space Tumblr; chapmangamo.tumblr.com

Read also: Why do animal sounds different in different languages? 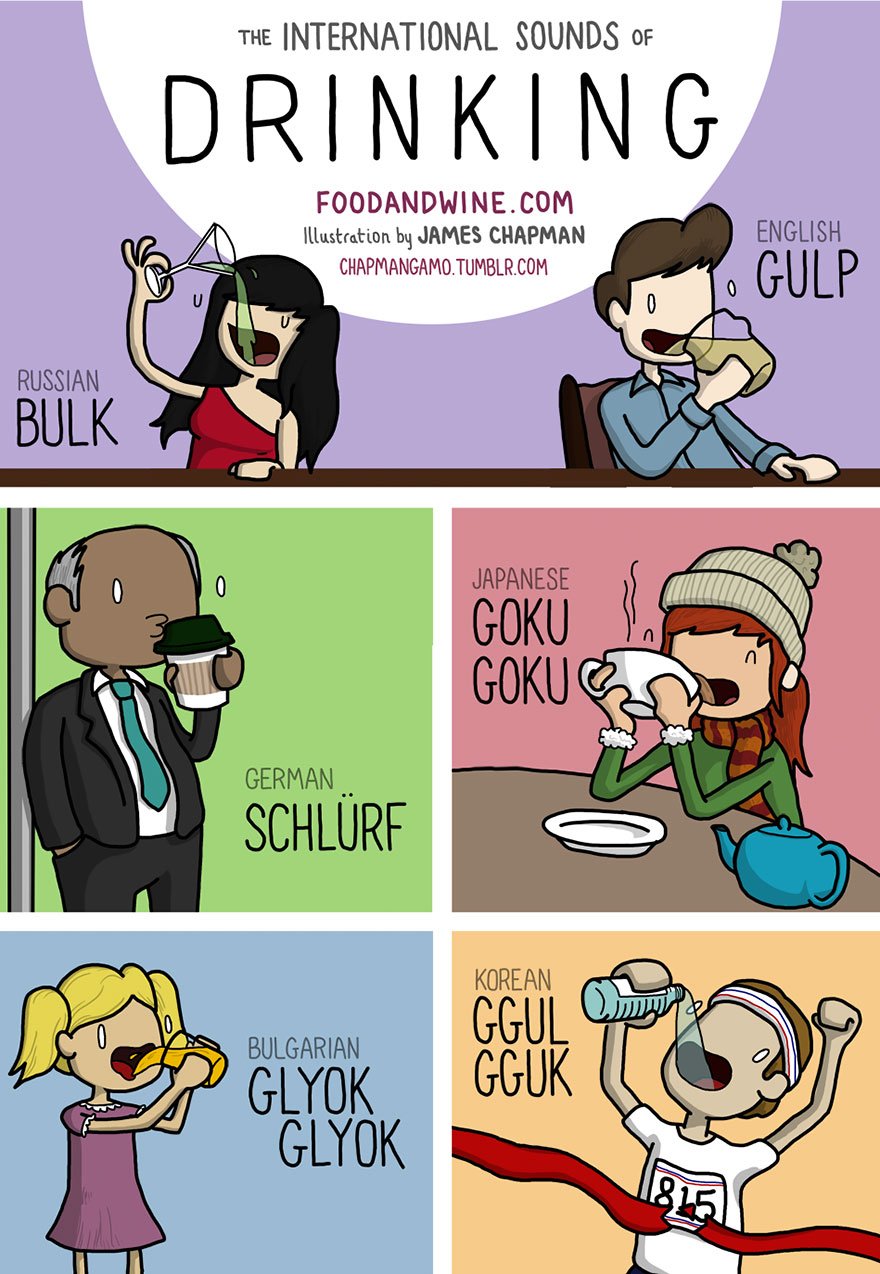 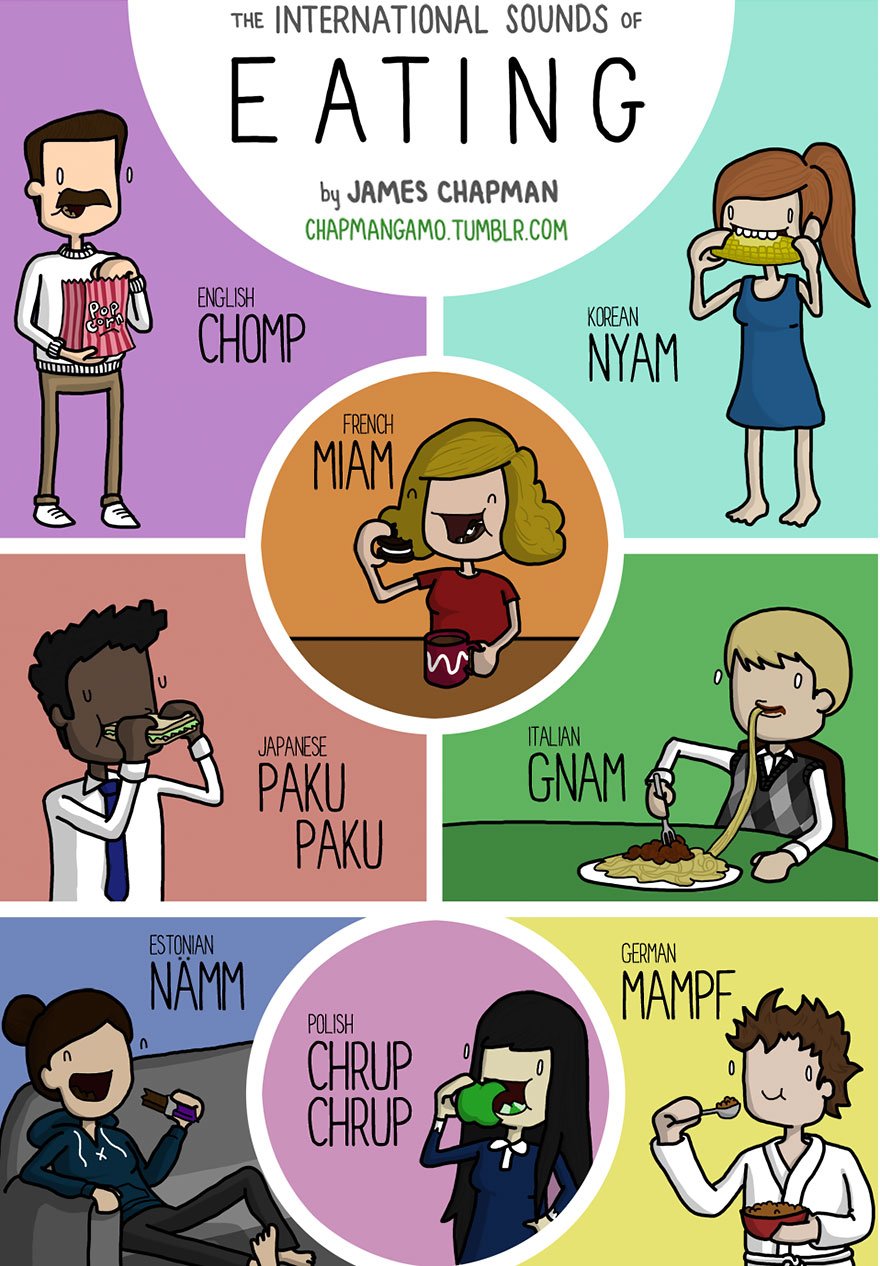 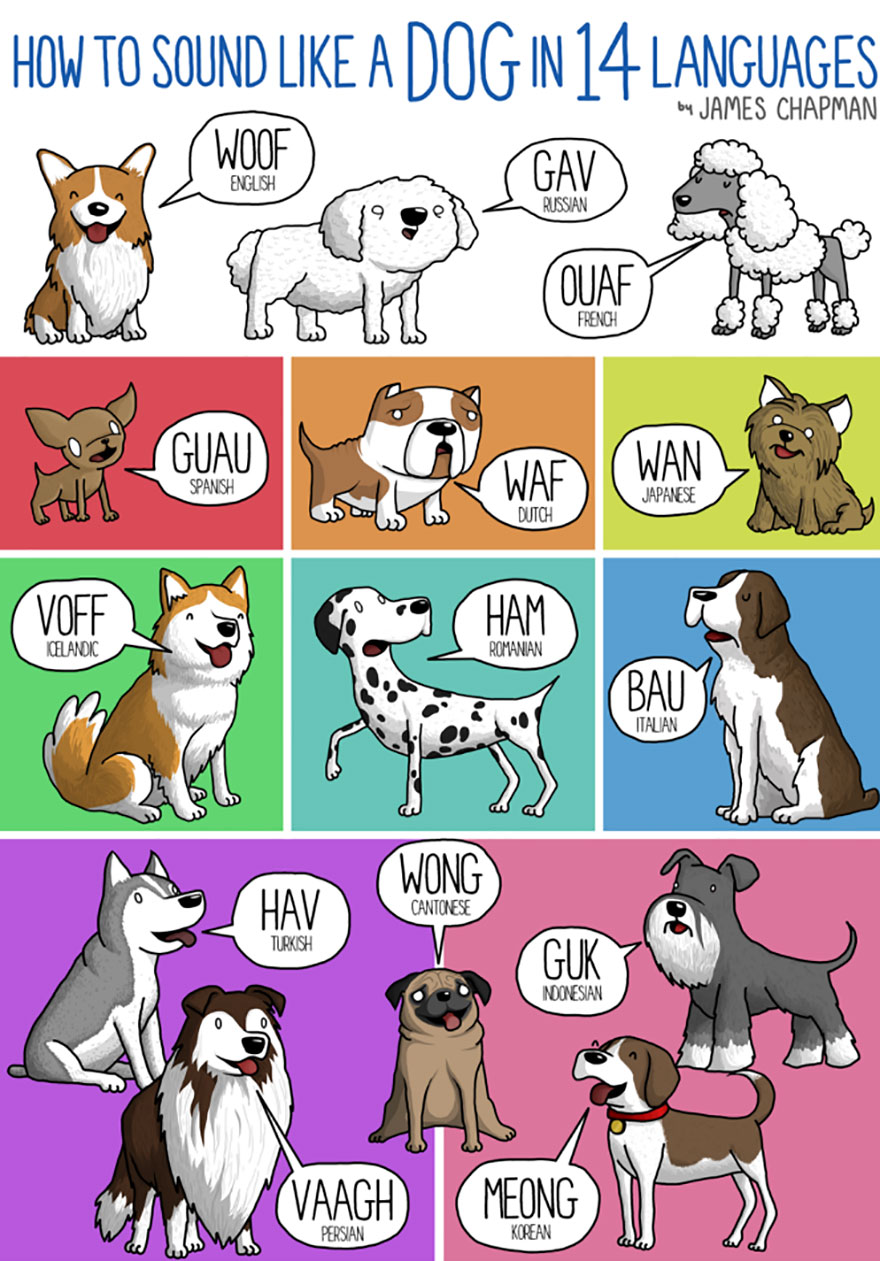 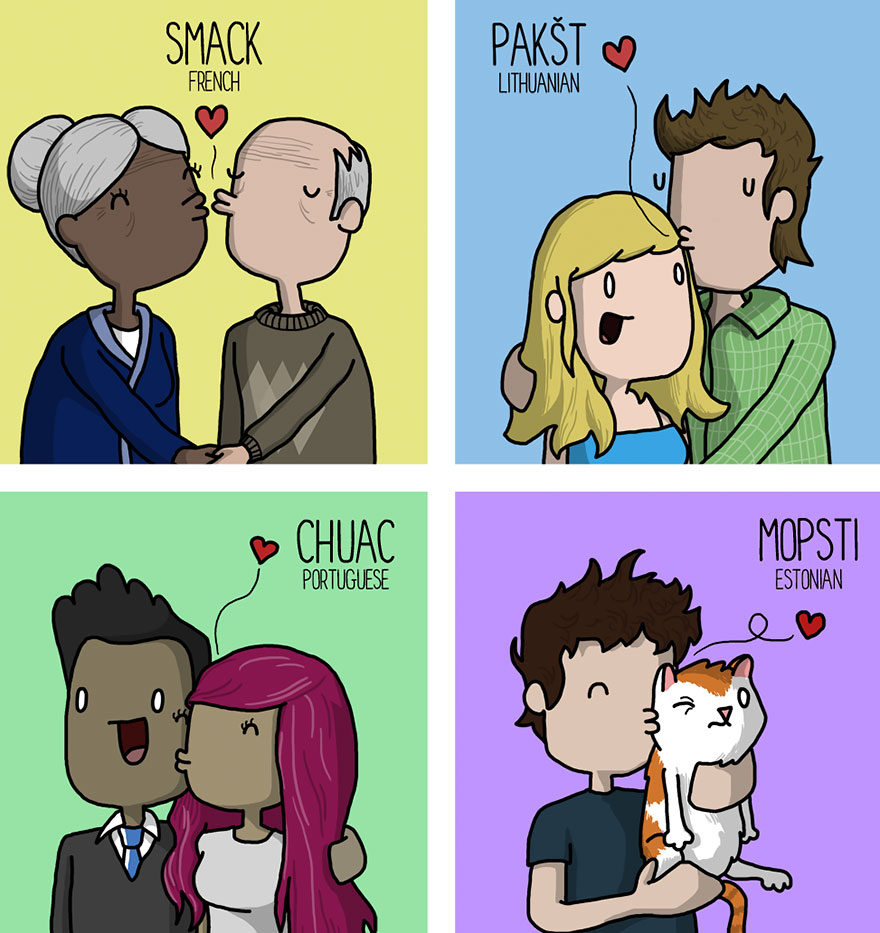 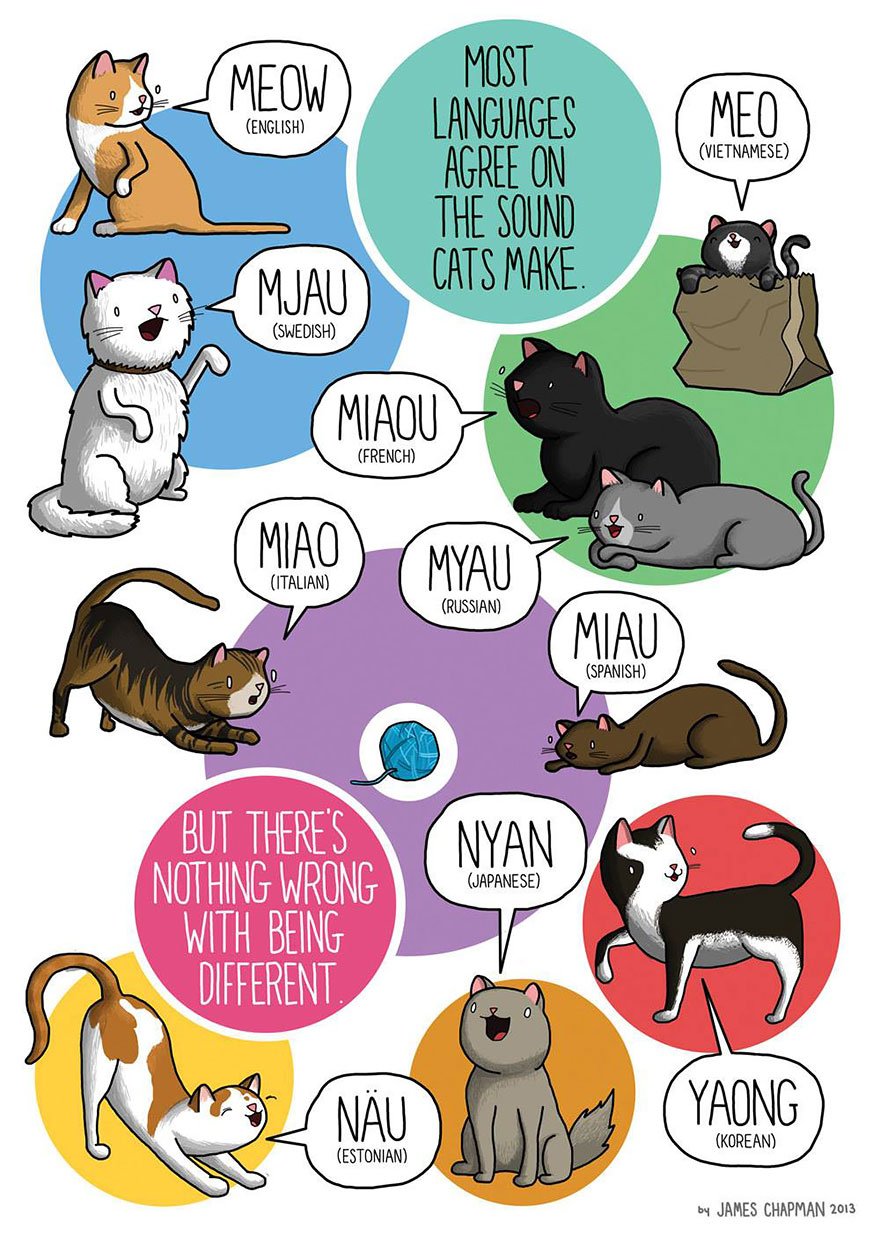 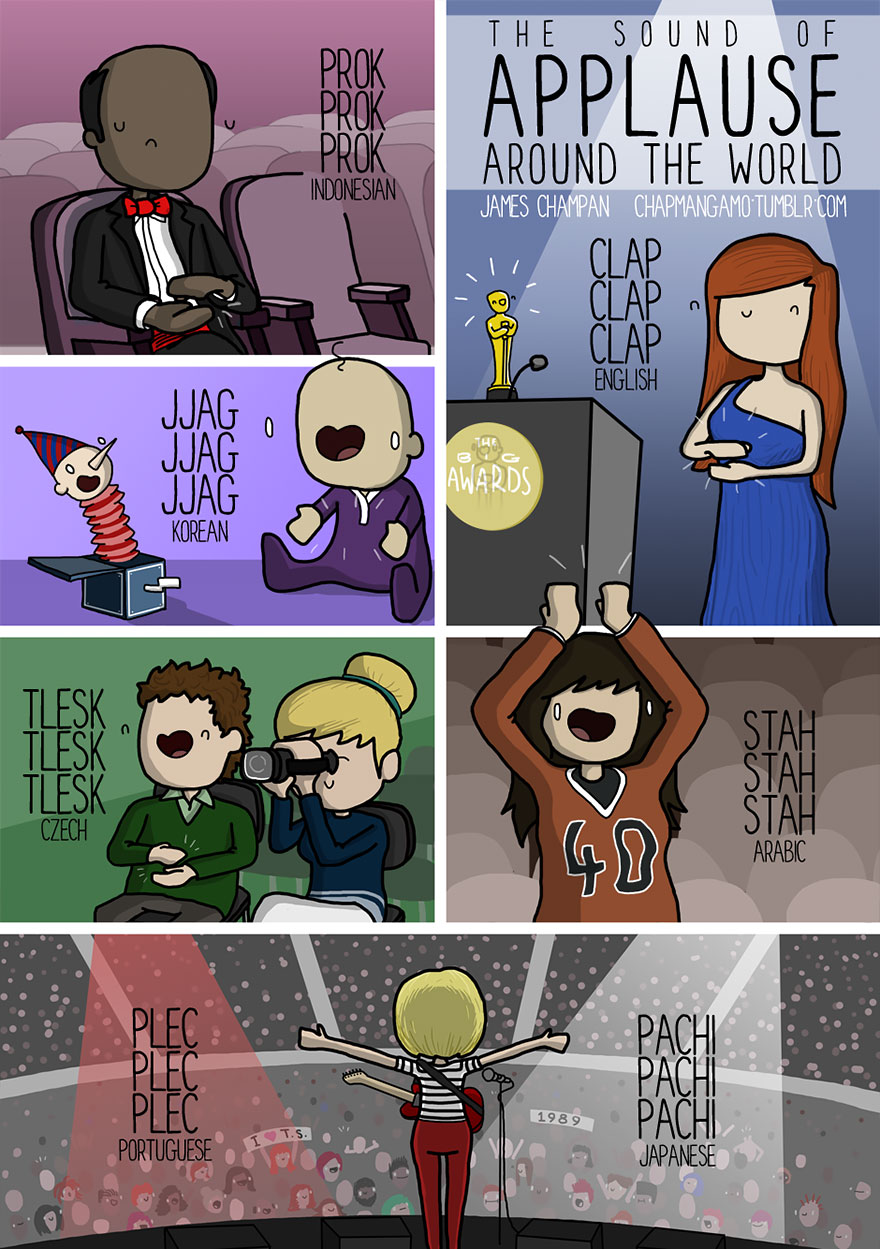 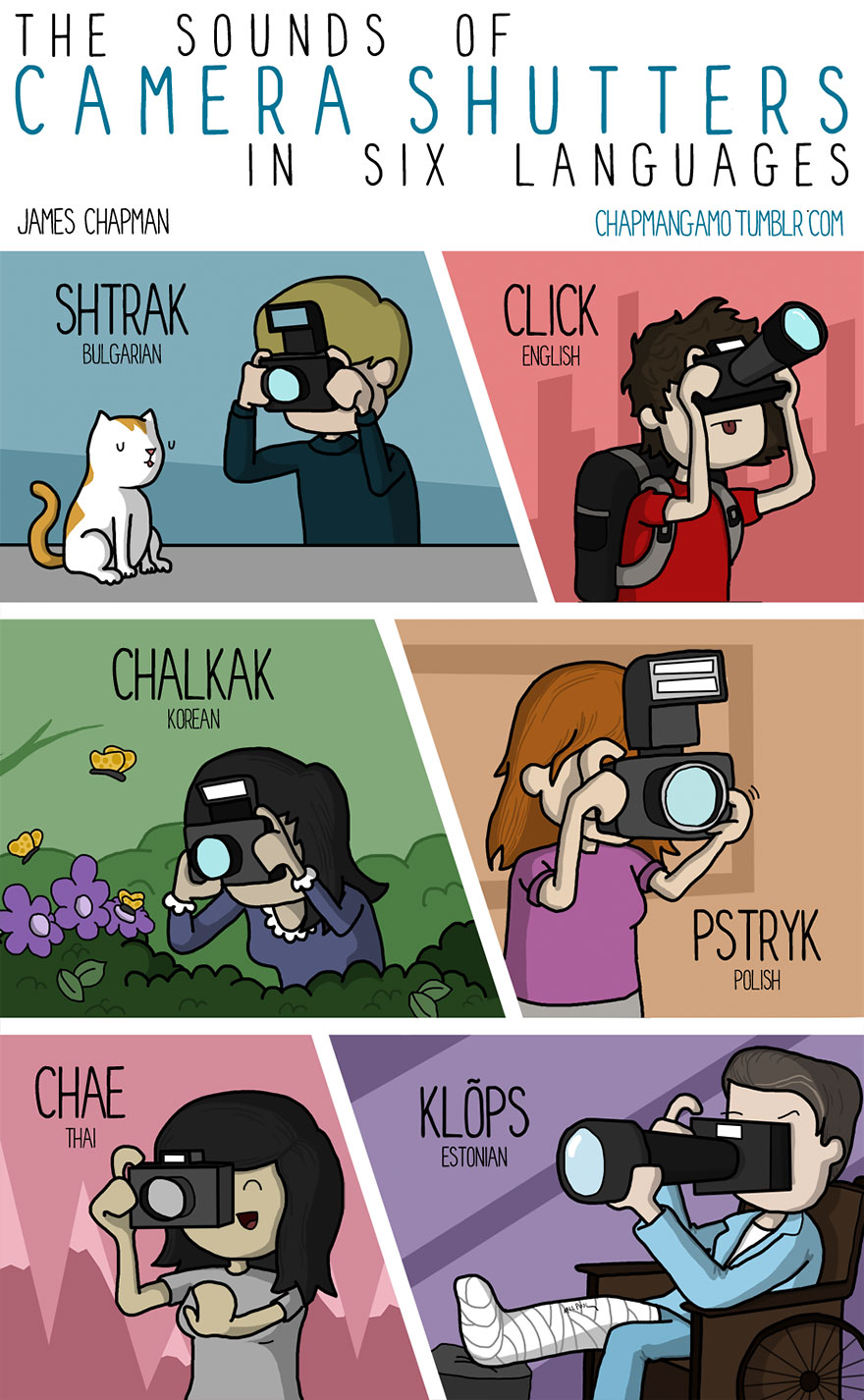 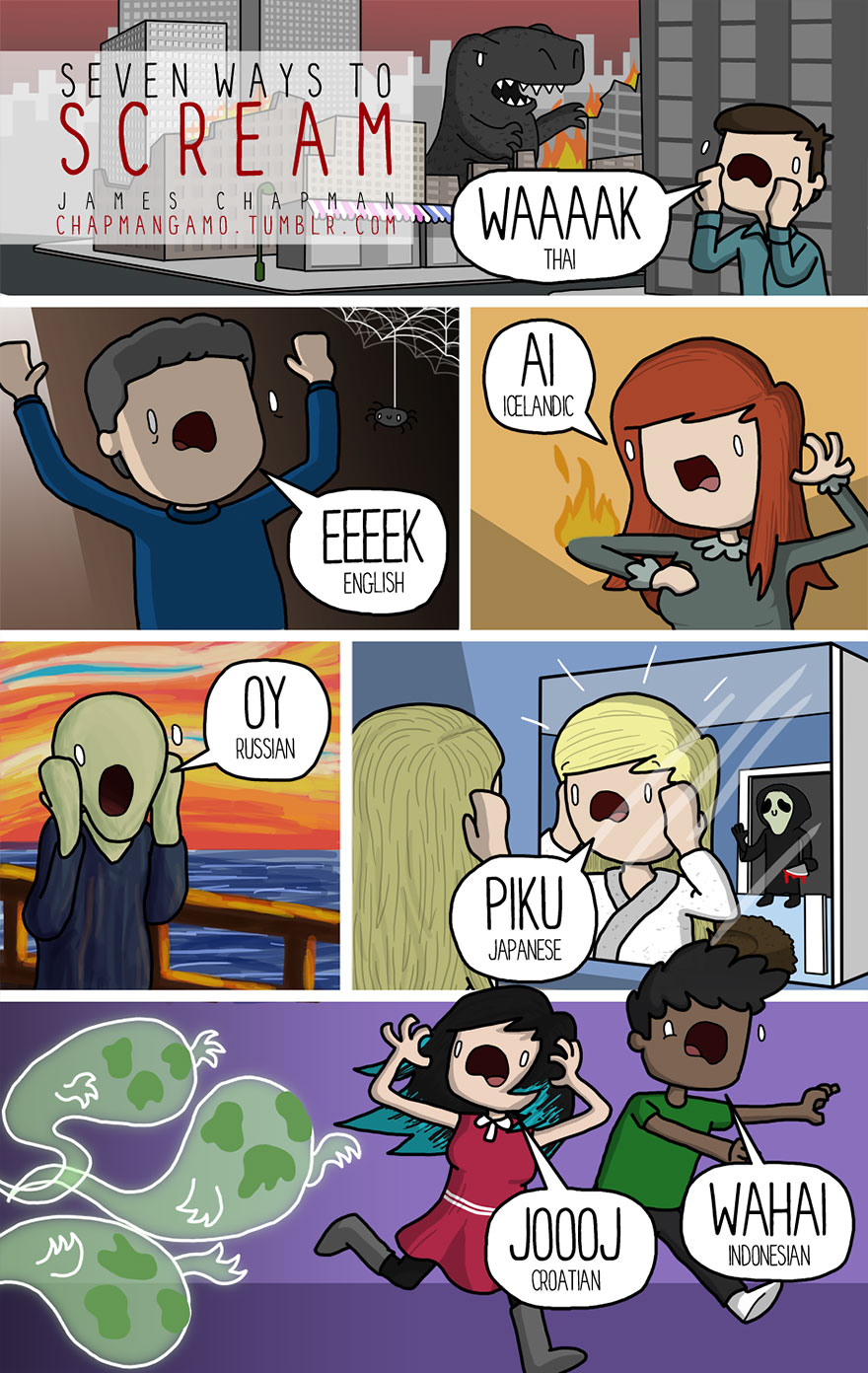 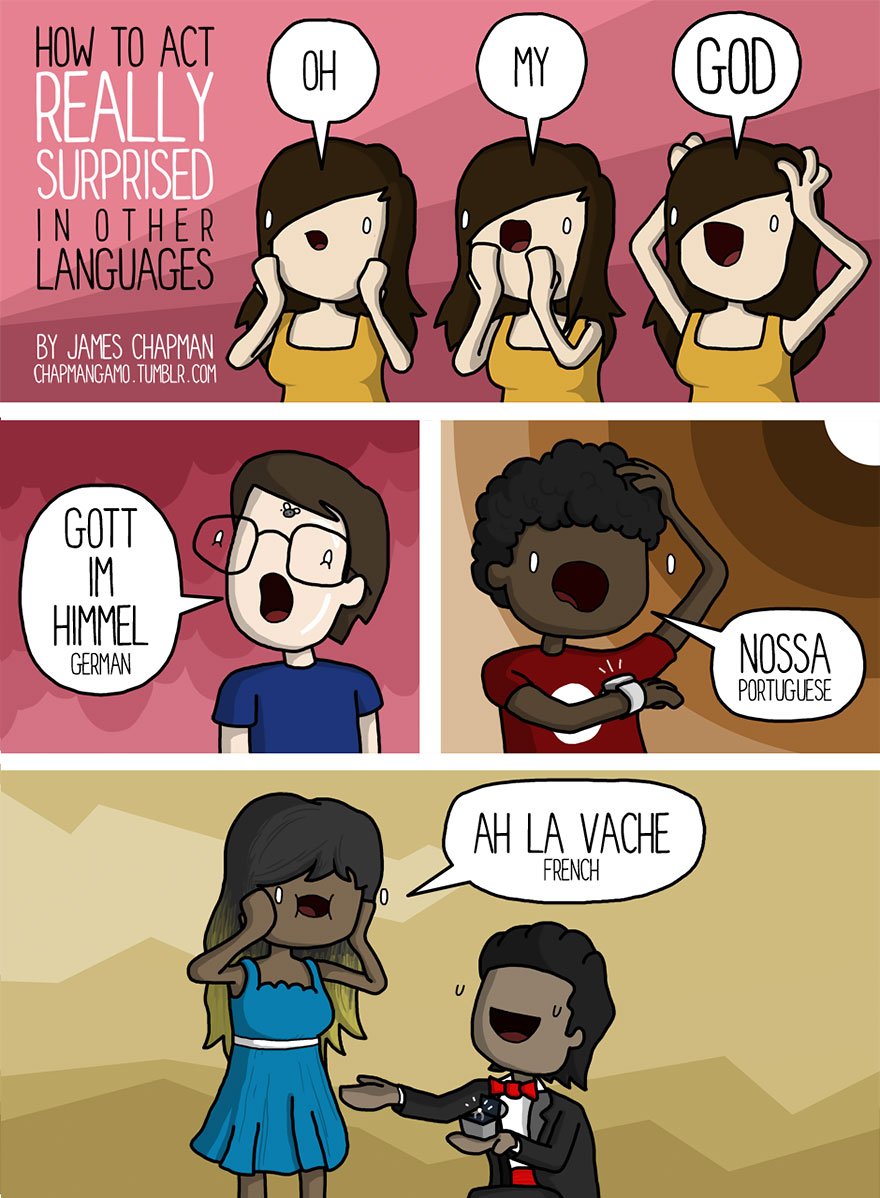 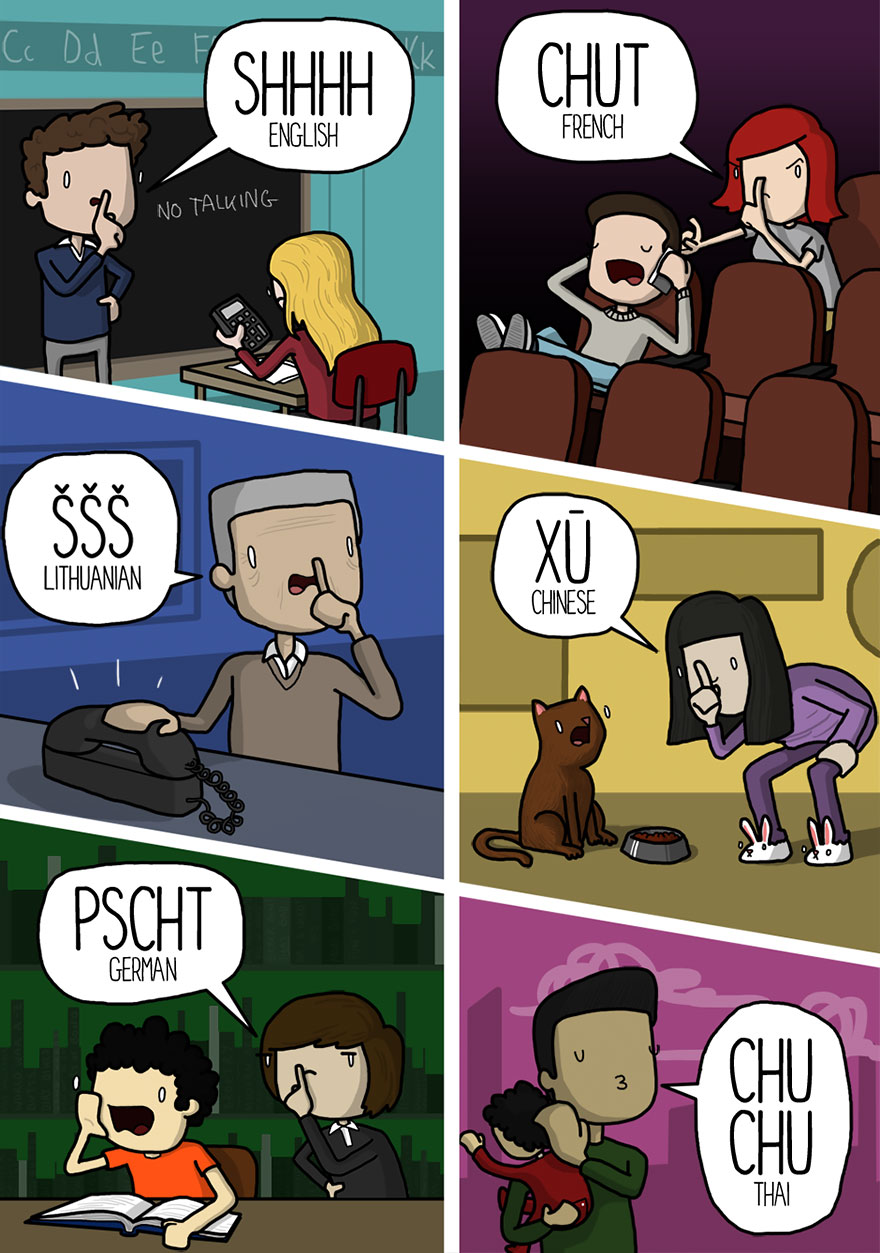 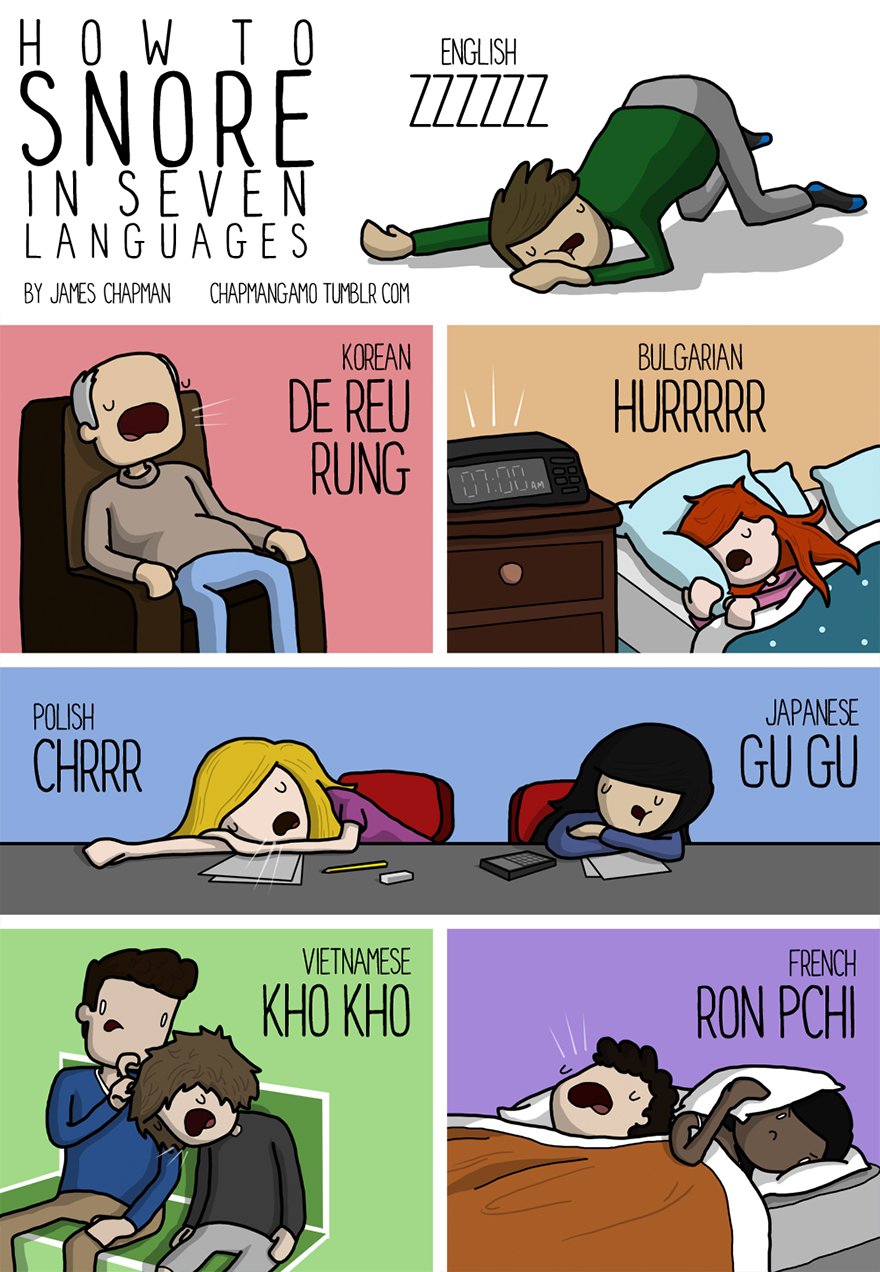 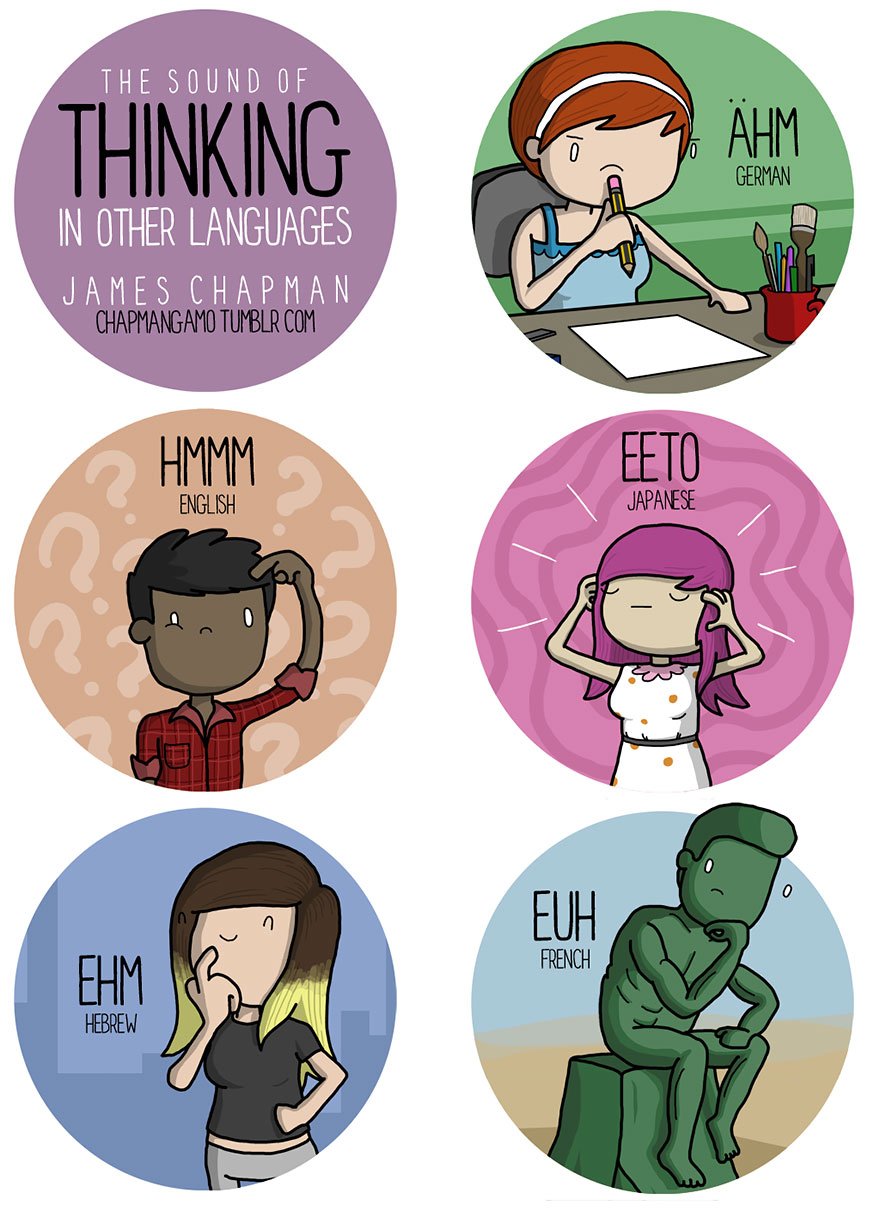 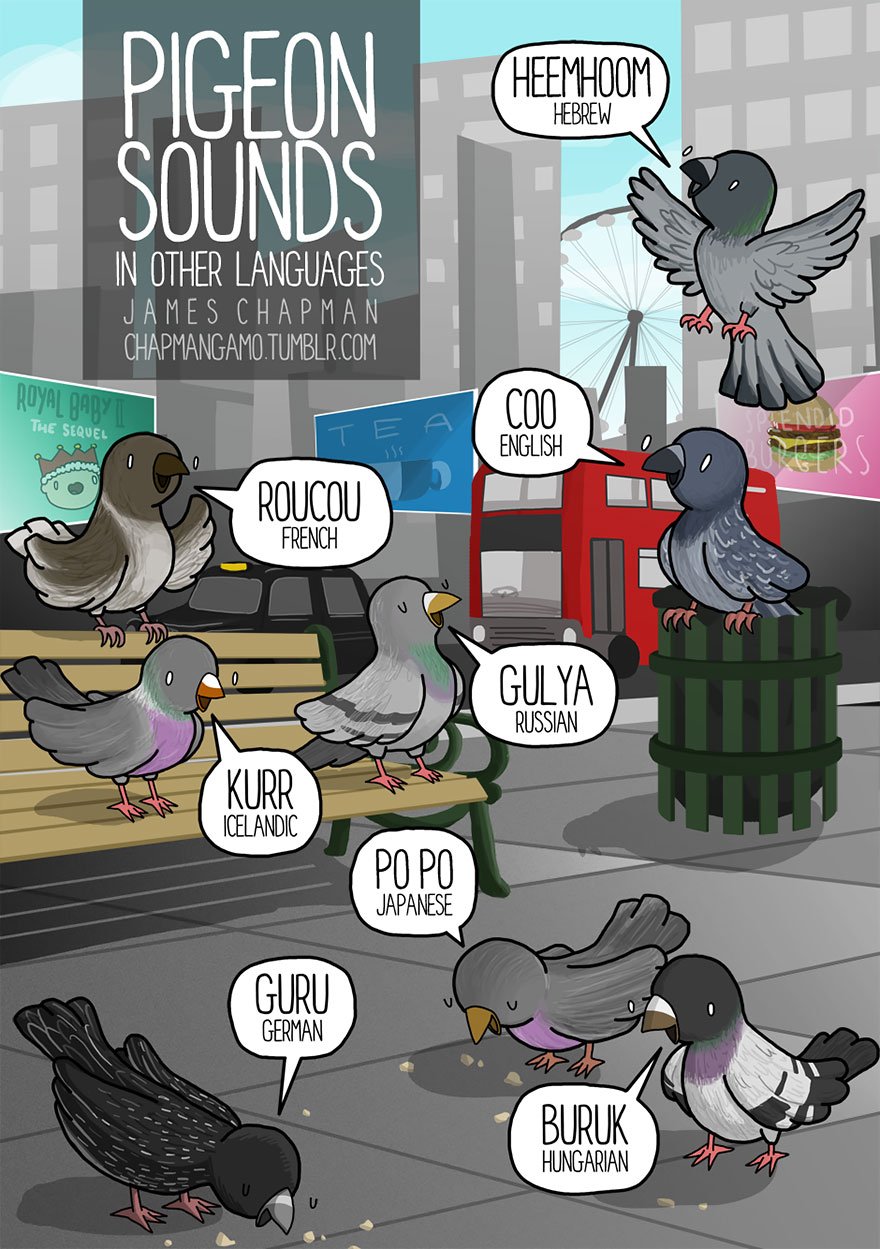 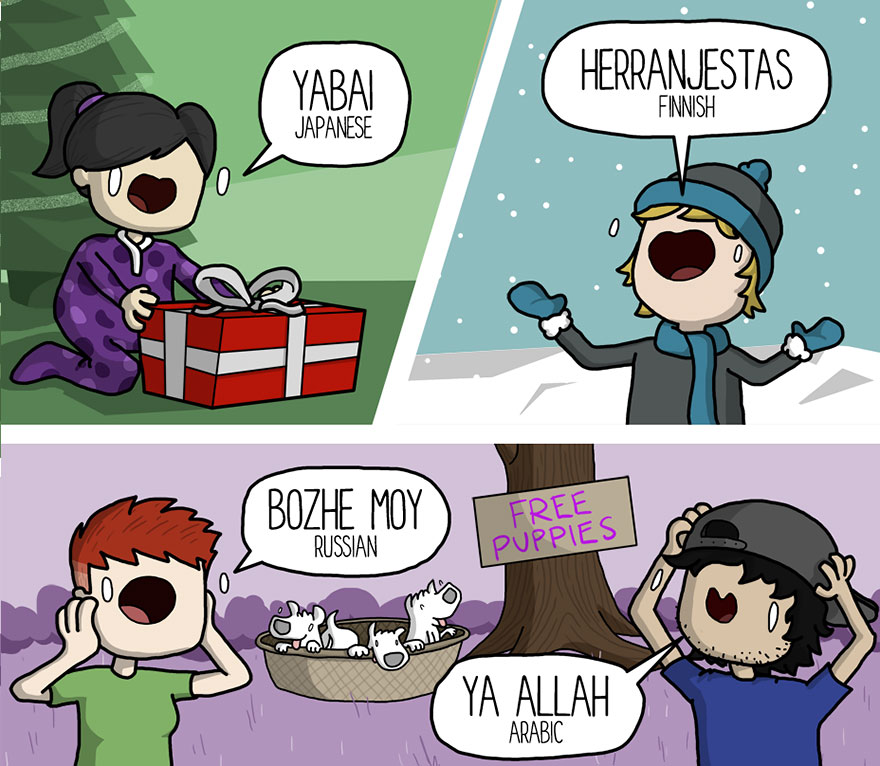 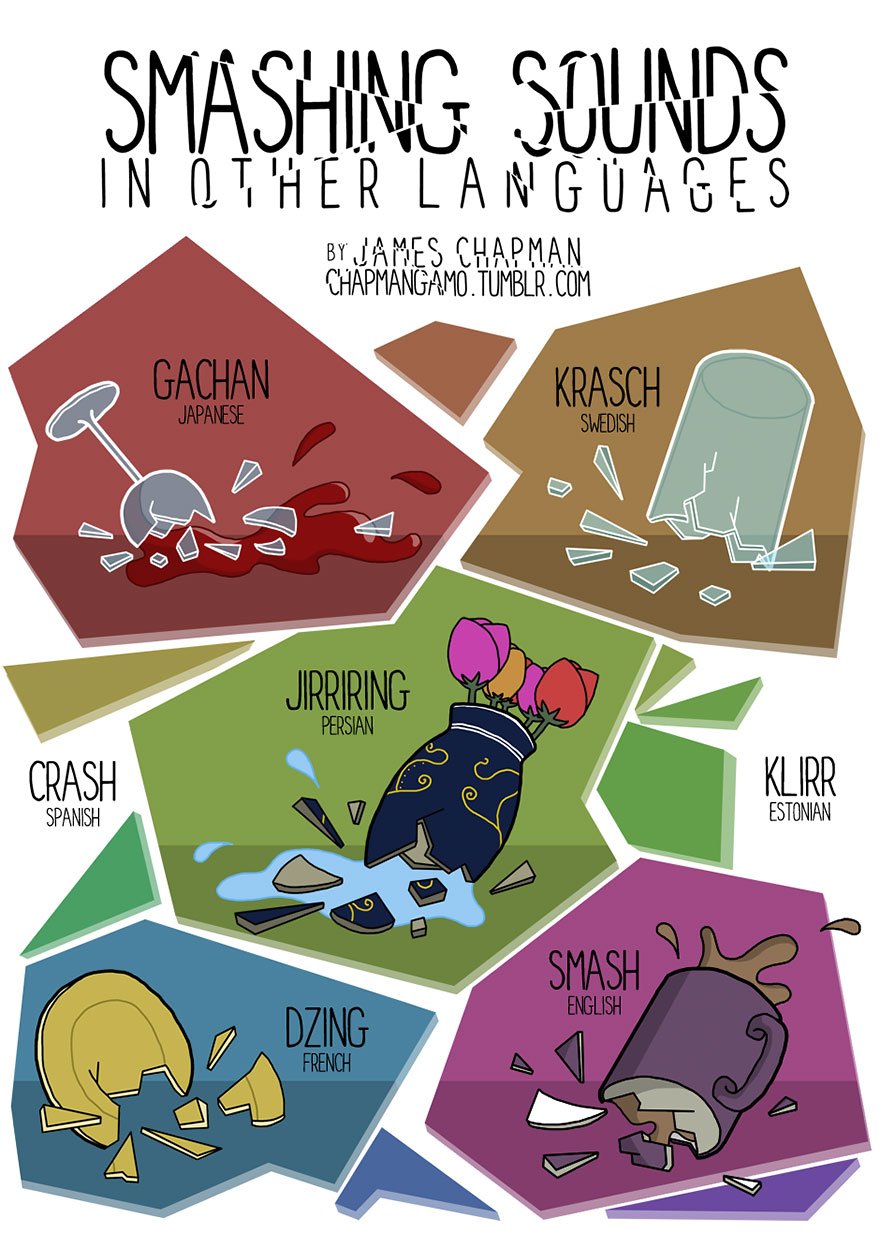 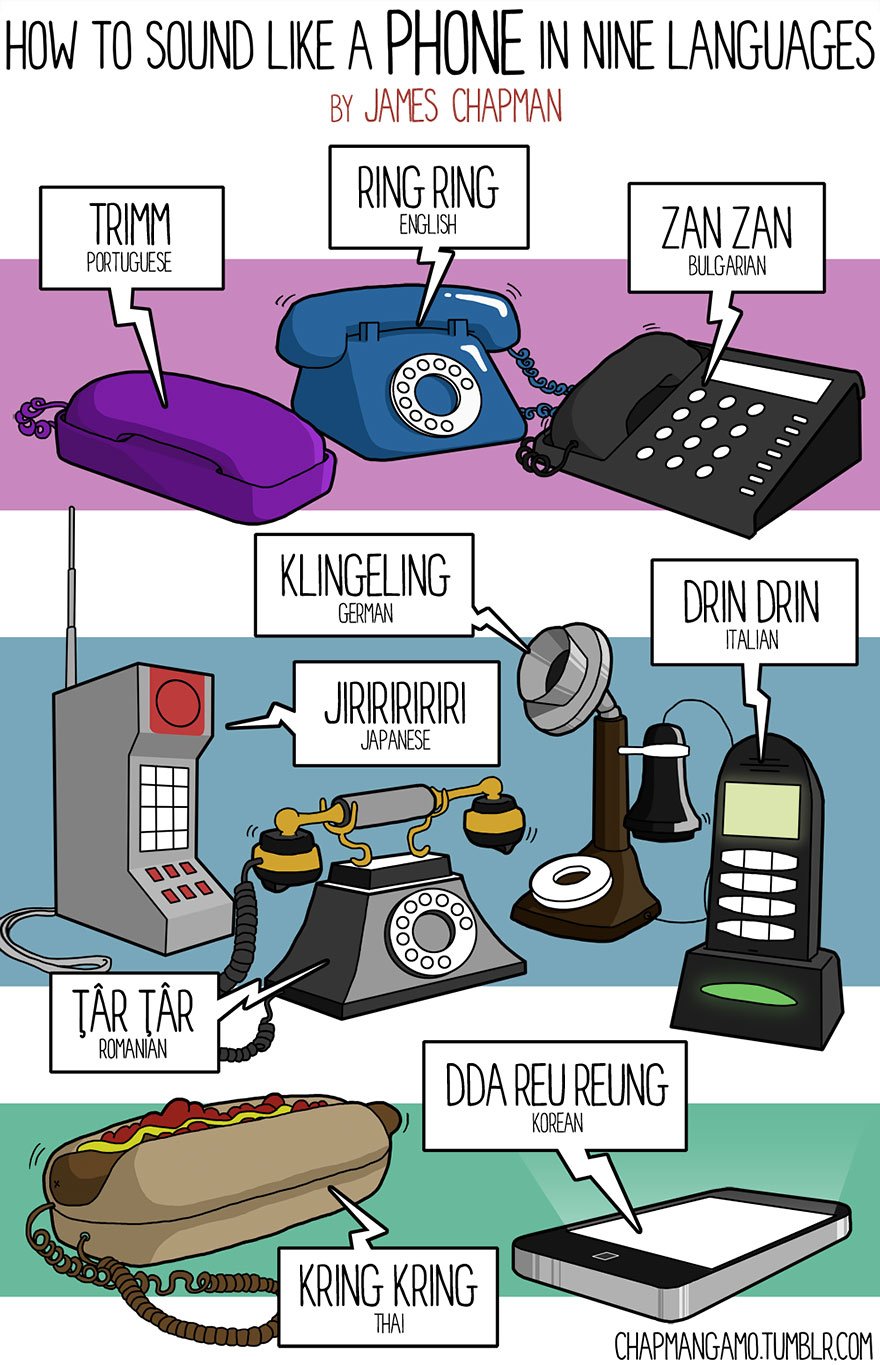 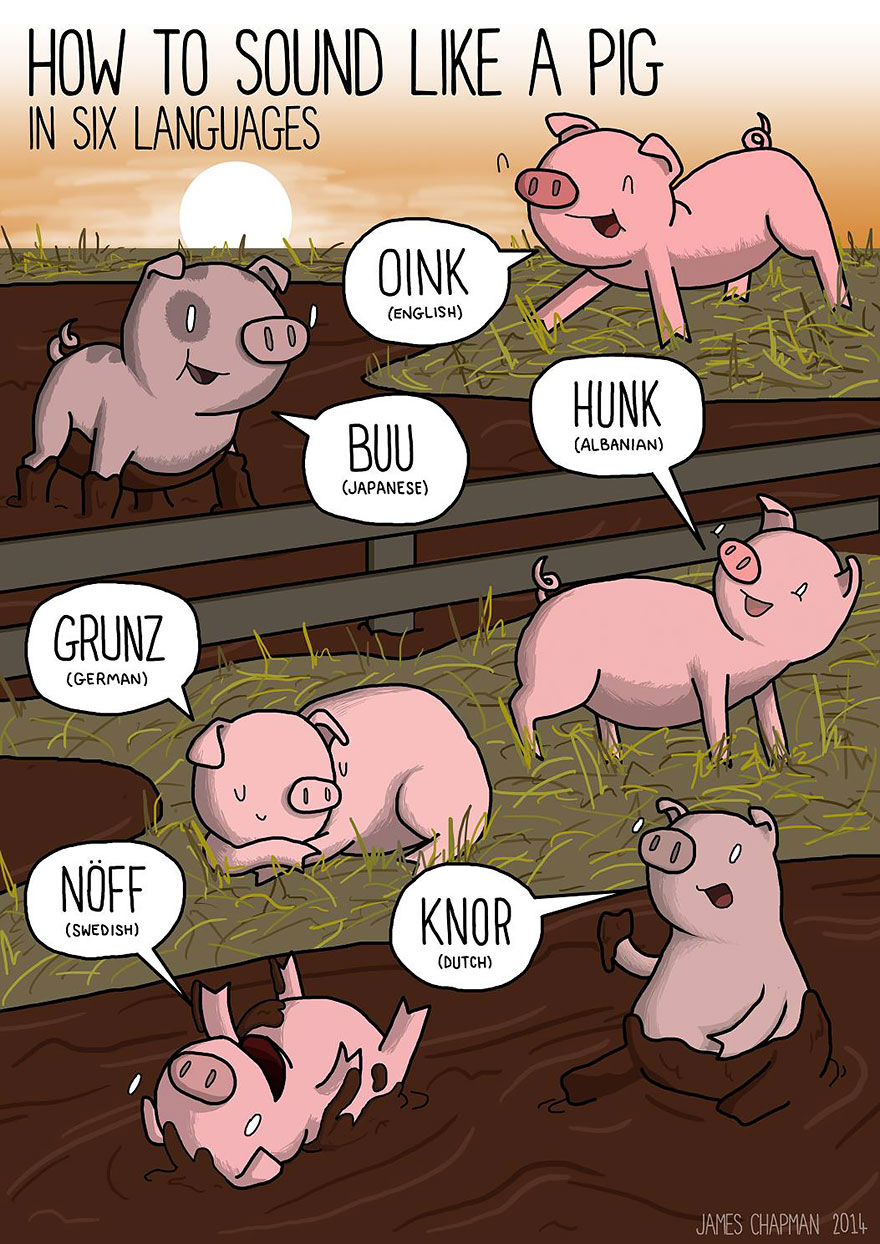 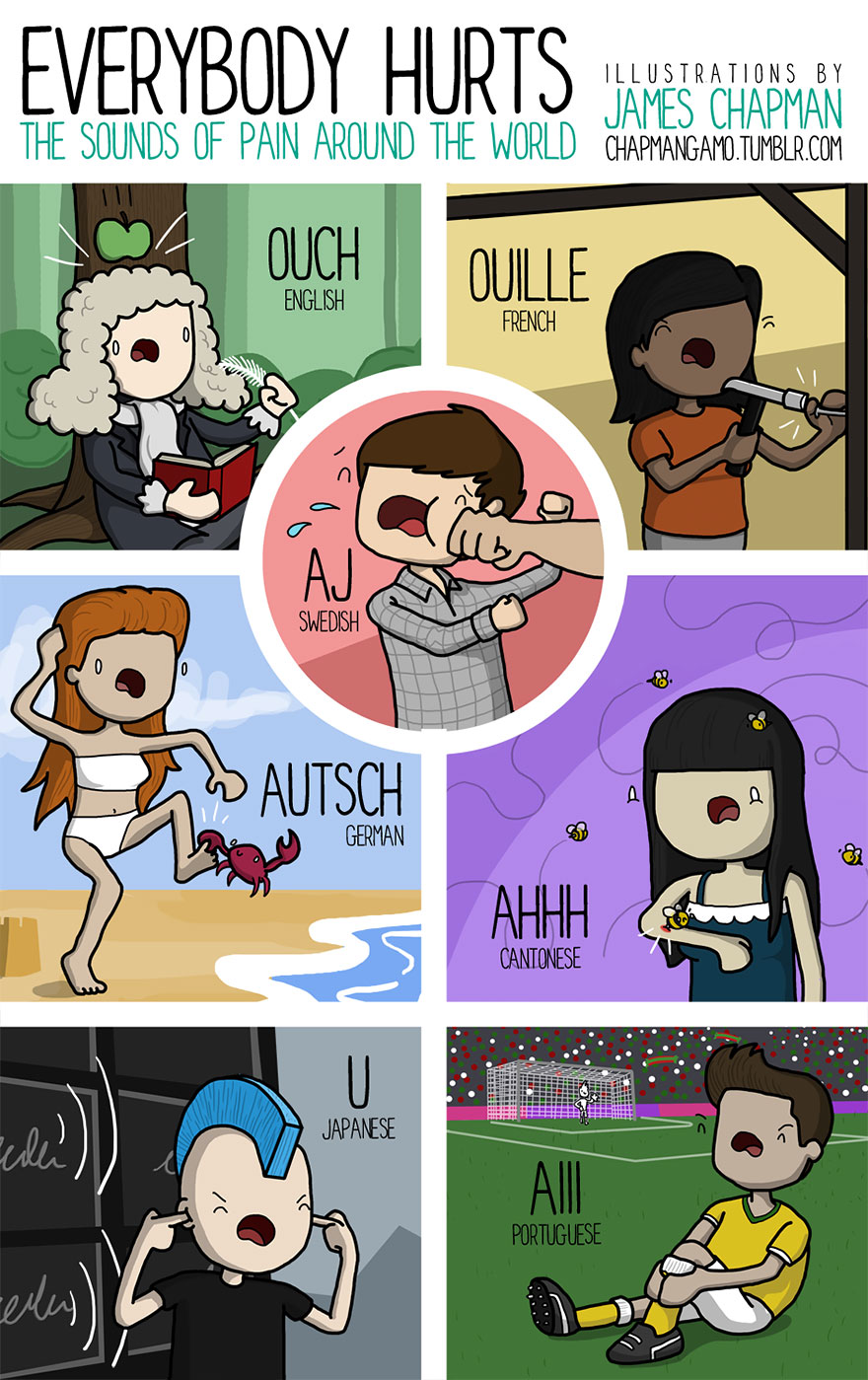 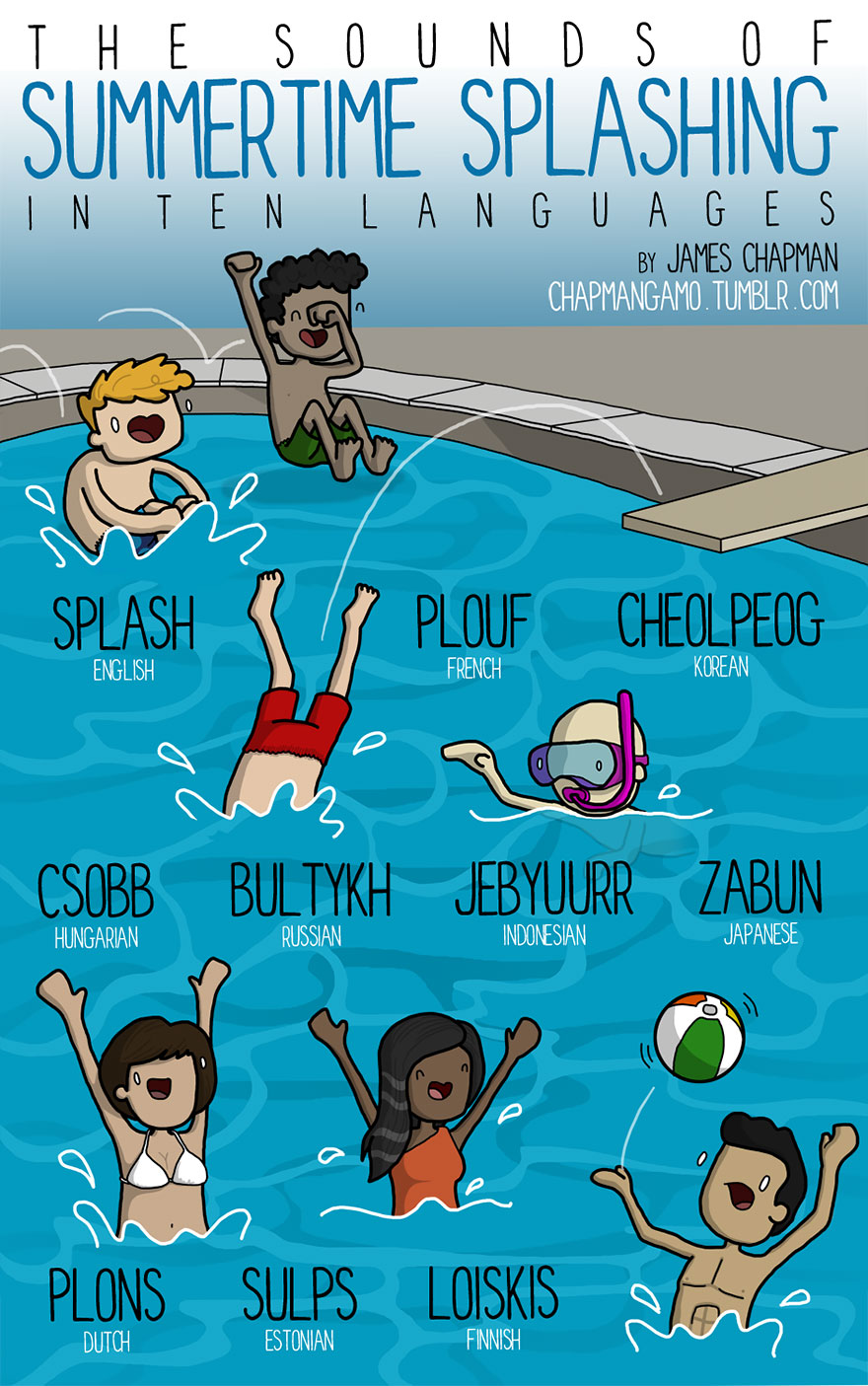 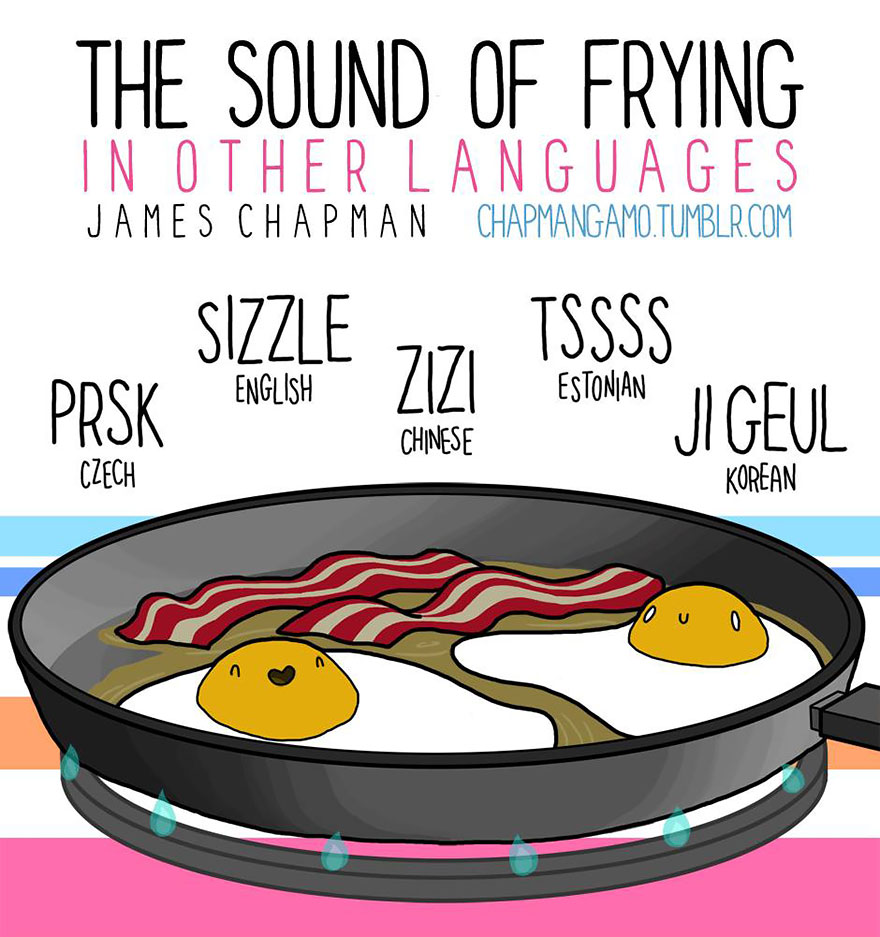 We all know that dogs say “Woof woof” and cats say “Meow,” but those are American dogs and cats. What do they sound like in other parts of the world? Welll technically they sound exactly the same, but other countries have different interpretations of the sounds than we do. Apparently cats in Japan say “Nyaa,” dogs in China say “Wang wang,” and pigs in the Netherlands say “Knor knor.” Watch this video to see how people say animal sounds in French, Mandarin, Hindi, Dutch, Russian, Swahili, and more. It kind of makes you wonder why we even teach children animal sounds like they’re fact—they’re not that accurate. I mean, I never heard a dog ACTUALLY say “Woof woof” let along “Wang wang.”

All image credit to chapmangamo.tumblr.com