6 Extreme Animals Sure To Survive The Apocalypse

When planning a wedding, there's a lot that has to be arranged. The flowers, the venue, the dress, the food — and for one...
Read more
Animals

Costa Rica offers some of the finest and most varied wildlife viewing on the planet.  This rain forest-cloaked Central American country is home to...
Read more

We have learned a lot from our science classes, and the one thing we are sure is that nature is constantly trying to kill us and one day everything will come to an extinction. Apocalypses come in all shapes and sizes, but anything from catastrophic climate change through to nuclear war, a comet collision or a viral pandemic would struggle to knock these critters into extinction. But no matter how hard nature try, it will never take down these animals listed here.

This species of nematode, only recently discovered in 2011, has been found living up to 2.2 miles below the surface of the Earth. It blew away the previous record for multicellular organisms by a full mile. These worms spend their lives in total darkness, drinking 12,000 year old water and eating simple bacteria. The polar opposite of the devil worm, this spider holds the record for the animal that claims residency at a higher point than any other (4.1 miles above sea level). It’s able to survive long periods without food, freezing temperatures, and a distinct lack of atmospheric pressure. The only sources of nutrition available to the Himlayan jumping spider are the tiny insects that get blown up the mountain by the high winds. 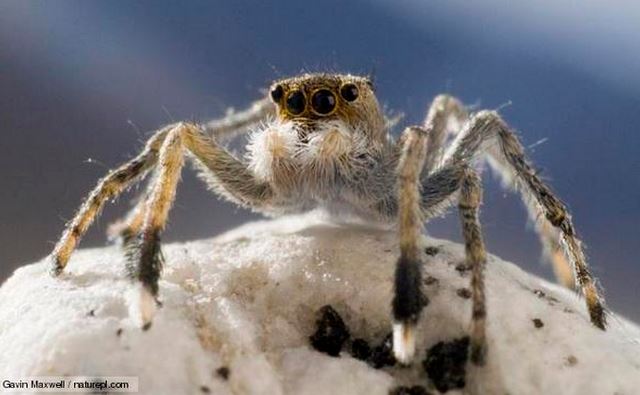 Can survive: The aging process. This insect, which is native to the northern areas of Alaska and Canada, is able to resist temperatures up to -150 degrees Celsius (-238 Fahrenheit) by producing an antifreeze protein that prevents the crystallization of its blood. Its blood is also fortified with glycerol, which further halts freezing. These deep-sea worms live exclusively in thermal vents in the ocean floor. Their tails are in the vents, which achieve temperatures up to 176 degrees Fahrenheit. Their heads however, poke out of the vents in order for the pompeii worms to capture prey. This results in half of their bodies experiencing temperatures over 100 degrees lower. It’s thought that their resistance to heat is due to a coating of specialized bacteria on their bodies, which may provide a large degree of insulation for the worm. These millimeter long, segmented animals can survive just about everything. Temperatures between just above absolute zero and 300 degrees Fahrenheit are no problem. 1200 times atmospheric pressure? The tardigrade just shrugs it off. It doesn’t really care about dehydration either, seeing as it can go 10 years without water. 1,000 times the lethal dose of radiation for humans is another non-factor. When testing the true extent of the tardigrade’s resilience, scientists went so far as to send it to outer space in 2007. The result? Most of the tardigrades that went on the mission came back entirely unscathed. Plus they’re kind of weirdly adorable.

Can survive: Basically anything. 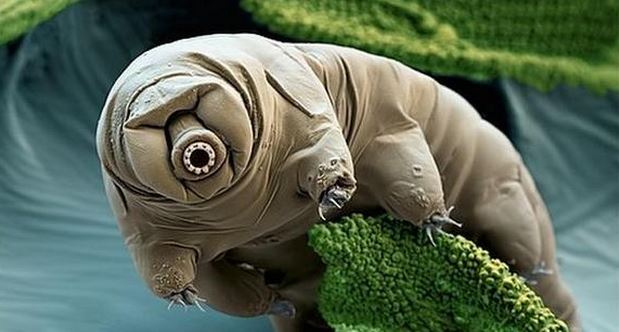 Science and the study of the planet has shown that nature is volatile and constantly trying to kill us in some way or another, but there are certain animals that have the ability to face nature and win. According to a report on the Real Clear site there are six animals that have the ability to take mother nature’s assault and come back fighting. We have listed all those animals in above article. Sharing with you a youtube video that will help you to understand the content.

Hope you like the article, share this with your friends and family and let them know, whatever the extreme condition, you and all will die but these creatures will survive anyhow.

Strange ,weird, and ugly animals that probably you don’t know

Cute animals who took selfies accidentally but better than you

At the Electronic Arts Press Conference during E3yesterday, EA Sports unveiled the newest gameplay trailer for FIFA 15.  The game will be releasing on both...
Read more

A reproduction taken on November 7, 2014, shows a picture of the corpse of Argentine Marxist revolutionary, Ernesto "Che" Guevara displayed in the Bolivian...
Read more

How to postpone periods? Natural and proven remedies

I wanted to delay my periods for one week, I could clearly remember that day, I and my friend were searching...
Read more

10 Football Stars Who Are Known For Their...

"We Support them & they Support charity" Footballers are often criticized for being selfish with not only their money, but their time as well. we...
Read more