Arunachal Pradesh (called South Tibet in China) is a full-fledged state of India. India’s sovereignty over the area is internationally recognized and its residents have not shown any inclination to leave India. The majority of the international maps puts the area in India. China has some historical claims through its ownership of Tibet, but the geography primarily favors India.

The primary controversy is over the ownership of the Tawang tract (northern part of the state) where India’s biggest monastery and an ancient trading town lies.

What is the dispute all about?

The essential dispute is over China’s refusal to acknowledge the McMohan Line as the border between the two nations, and staking claim to large tracts of land as a contiguous part of Tibet.

In the late 1950s, soon after occupying Tibet, China occupied a large tract (approximately 38,000 square km) of Aksai Chin, a remote part of Ladakh in Jammu and Kashmir bordering Pakistan, and built a highway (National Highway 219) through it to connect with its eastern province of Xinjiang. India considers this an illegal occupation.

In the middle, or southern part of Tibet, China asserts that the border dividing Tibet and Sikkim and Uttar Pradesh are also disputed. And in the east, it lays claim to the entire state of Arunachal Pradesh.

No one knows the ancient history of Arunachal. It borders Assam (a core part of Indian civilization) and has a few old temples. But, it is also influenced by Tibetan, Burmese and Bhutanese cultures.

Everyone argues whom it should belong to given the ancient history. The verdict is uncertain. In the ancient times, Indian empires and Tibetan empires were in harmony and the exact border was neither drawn nor enforced. But, things would change.

Until 1912, the border between Tibet and India was not quite delineated. Very few people lived there for it to matter. Neither the Mughals nor the British were controlling the region. Even the Tibetans were not that interested. For instance, here is India’s map of 1909. It puts the state in Tibet. 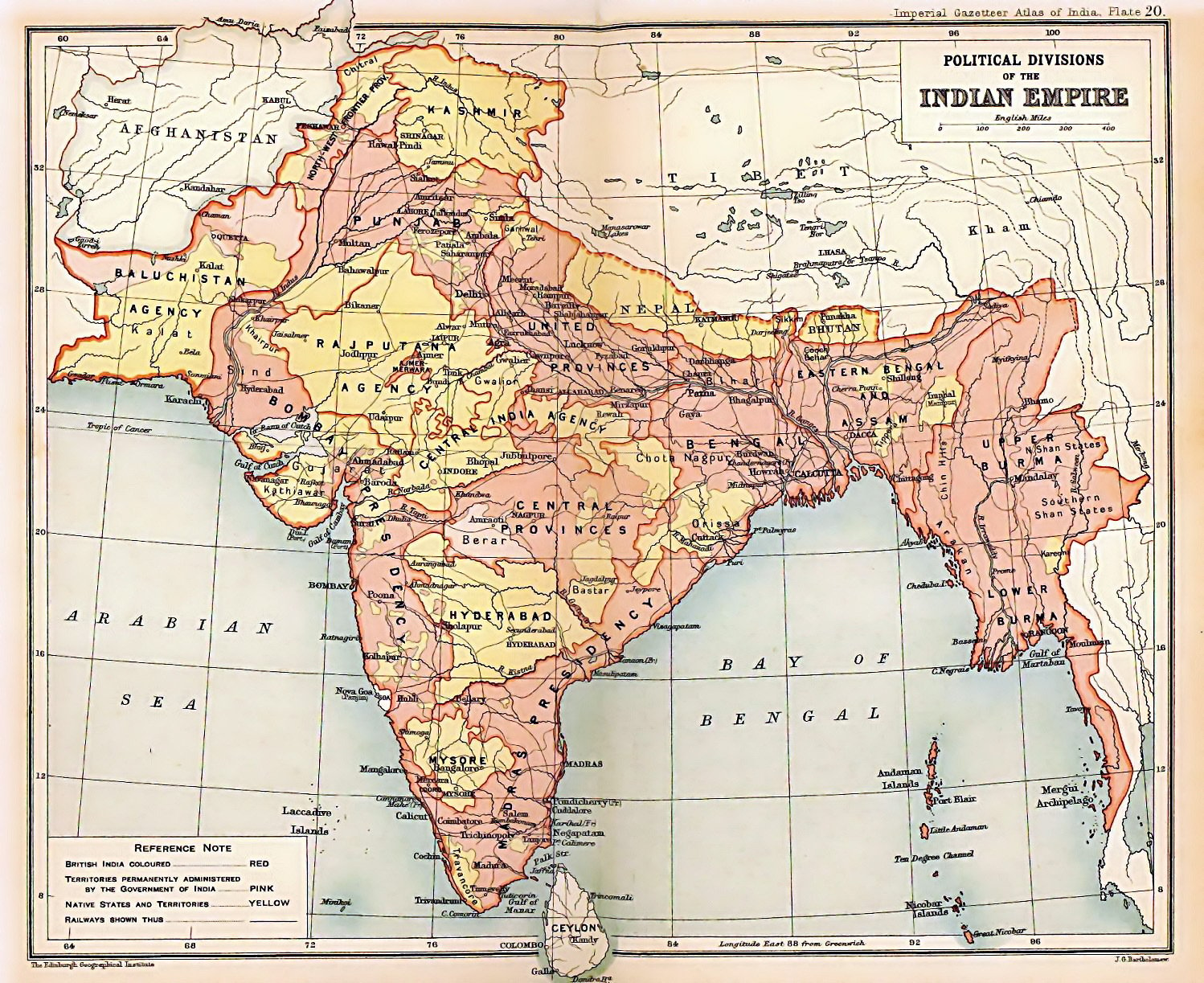 However, here is a map of China and Tibet in 1892. That sort of puts the state in India/Burma. 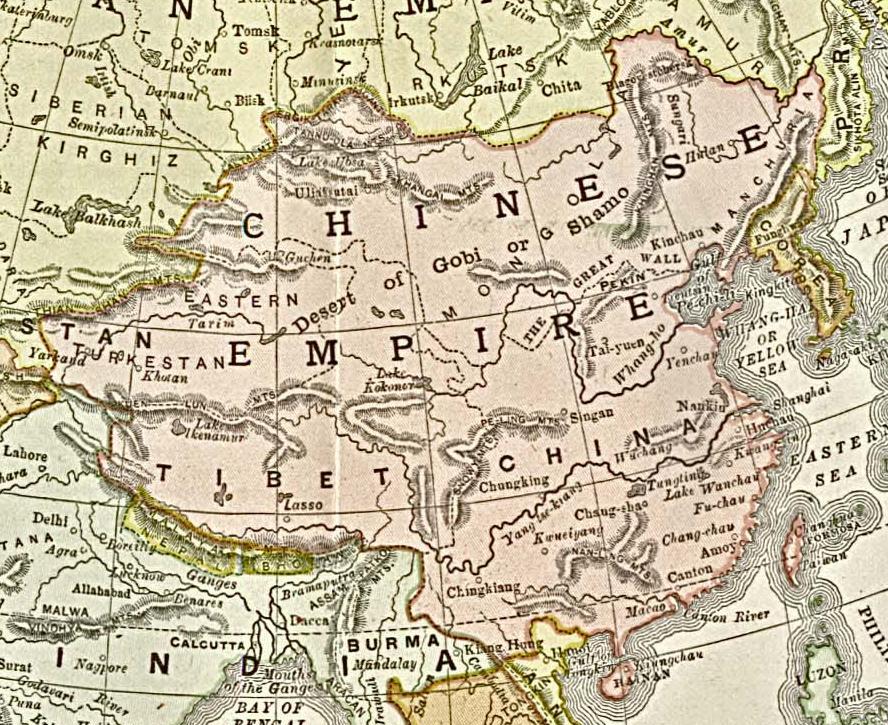 In short, both India and Tibet were sort of confused where the borders lied. Britishers initially didn’t bother as they found nothing. Eventually, they discovered the Tawang Monastery and it was time to draw the borders. In 1914, the representatives of Tibet, China and British India sat together to draw the borders. Before going into that, I will give a brief introduction to Tibet.

For a sizable chunk of history, Tibet was an independent region. However, under the Yuan dynasty (circa 1200 AD) Tibet came under China. Since then China has started claiming Tibet under her rule. In the 18th century, the Chinese grip would be loosened as the Qing dynasty started decaying. By about 1860s, Tibet began to be recognized as a separate country. Here is a 1864 map that shows Tibet as a separate country. China still claimed it was hers. 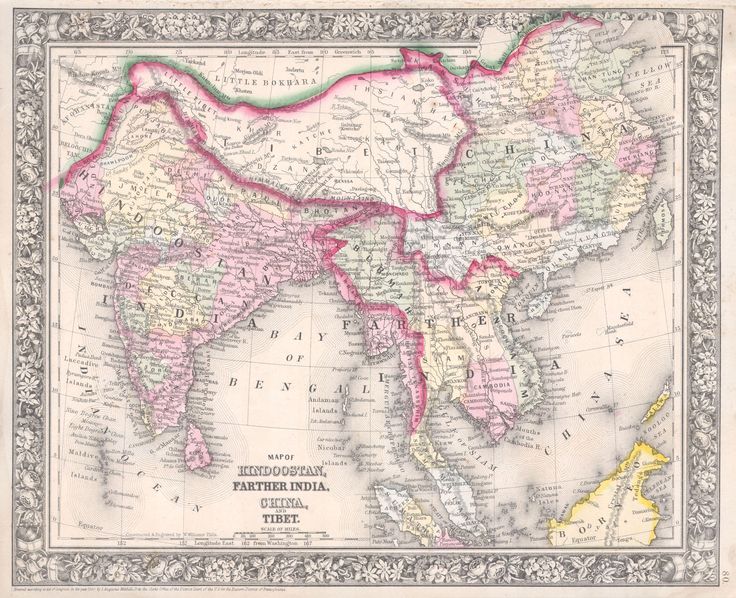 By 1913, Qing dynasty would completely collapse in China and Tibet would expel all of the remaining Chinese representatives from Tibet.

In 1914, Tibet was an independent, but weak country. British India negotiated hard and got Tibet to accept that the region of Tawang and the area south of it belonged to India. Everyone was happy except China. Chinese representative in the meeting, withdrew from that and since then China refused to accept the accord resulted out of the meeting. 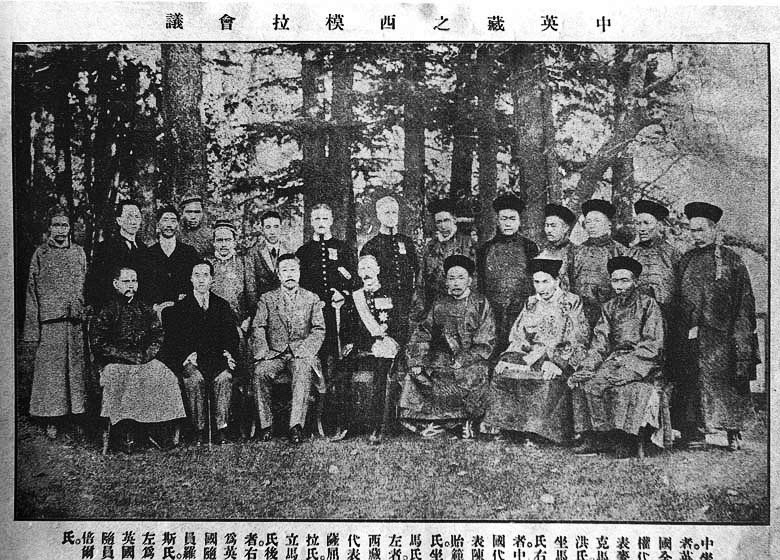 After the meeting, the border was not fully enforced. Except for Tawang, there was not much interesting going on in the state and it was ignored by everyone. In 1935, a British administrative office would go back to the convention ruling and unearthed the finding. Soon, India would start using the region in her maps.

Who does it belong to?

China never recognized Tibet’s independence nor the 1914 Simla convention. In 1950 China would completely take over Tibet. Thus, according to China, Tawang region belongs to her. China especially wants to hold on to the monastery as that is a leading center of Tibetan Buddhism in India.

According to India, most of the state had ancient Indian influence from Assam and in 1914 Tibetans signed an agreement to give the state to India. Also, from an Indian perspective, keeping the Tawang monastery within India is the best way to protect whatever is remaining of Tibetan culture.

What is the Tawang issue?

While China officially stakes claim to all of Arunachal Pradesh, it is a small district called Tawang, which borders Tibet and Bhutan, which it is most interested in. The town is famous for its monastery, built in 1681 by the by the Tibetan Lama Lodre Gyatso in accordance to the wishes of the 5th Dalai Lama, Nagwang Lobsang Gyatso. China cites the monastery as evidence that the district once belonged to Tibet and wants New Delhi to return it in order to help settle the row.

“We don’t recognise the entire Arunachal state as being a part of India,” a Tibet wire service quoted a senior Chinese diplomat as saying, “But Tawang is particularly special. It has longstanding historic links with Tibet and it is important for us to be able to settle the border problem.”

What is the McMohan Line?

When the new Republic of China was formed in February 1912 after the abdication of the Qing emperor, the Tibetans asserted their independence, and forced the Chinese troops based in Lhasa to return to the mainland-via India. A year later, Tibet declared Independence from China.

In order to ensure that the unrest did not spread to India and assert their boundaries, the ruling British convened a tripartite meeting at Shimla with Tibetan and Chinese delegates to negotiate a treaty defining the border, among other things. The accord gave China suzerainty over most of Tibet, and the boundary defined in this treaty was later known as the McMohan line. The British, and subsequently the Government of India, saw this as the official border with Tibet.

But while the 1914 treaty was initialed by the three parties, Beijing later reneged, saying the ‘provincial government’ of Tibet had no right to sign such an accord. It then went on to stake claim to huge areas of land surrounding Tibet, including Aksai Chin in the west and Arunachal Pradesh in the east.