18 Amazing Facts About The Beatles | Best-Selling Band in History

The Best Selling Band in History

The Beatles were an English rock band, formed in Liverpool in 1960. With members John Lennon, Paul McCartney, George Harrison and Ringo Starr, they became widely regarded as the foremost and most influential act of the rock era. Rooted in skiffle, beat, and 1950s rock and roll, the Beatles later experimented with several musical styles, ranging from pop ballads and Indian music to psychedelia and hard rock, often incorporating classical elements and unconventional recording techniques in innovative ways. In the early 1960s, their enormous popularity first emerged as “Beatlemania”, but as the group’s music grew in sophistication, led by primary songwriters Lennon and McCartney, they came to be perceived as an embodiment of the ideals shared by the counterculture of the 1960s.

18 Amazing Facts About The Beatles.

1. John Lennon formed the group in 1957 when he was 16 and originally called the band The Quarrymen. Paul McCartney was not originally in the band, although he joined a few months after they formed. George Harrison and Ringo Starr also were not in the original lineup and didn’t join the group until 1958 and 1962 respectively. 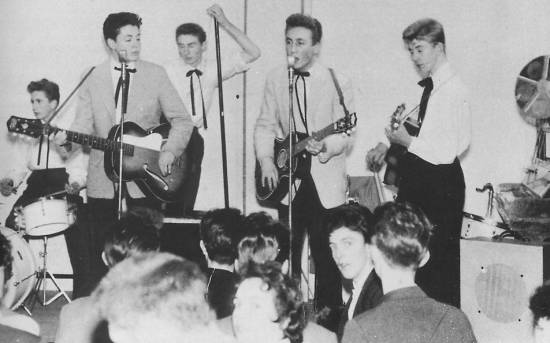 2. No one is quite sure where the name “Beatles” originated, though the most likely story is that John Lennon liked the name The Crickets after Buddy Holly’s band. Early band member Stuart Sutcliff suggested “Beetles,” and they were for some time known as The Silver Beetles or, occasionally, Long John and the Silver Beatles before becoming the Beatles. The Beetles were also a rival gang in Marlon Brando’s movie The Wild One, which may have also been an influence. John Lennon is usually credited with changing the spelling to “Beatles” to reflect Beat music and the Beat generation.

3. Stuart Sutcliffe has been called the orginal “Fifth Beatle.” He was the original bassist of the five-member band. Instead of replacing him when he died of a brain hemorrhage, Paul McCartney changed from rhythm guitar to bass and the band became a four-piece group. While Sutcliffe was mainly in the band because he was friends with Lennon, he was the first to wear the Beatle’s famous “mop top” hairstyle. 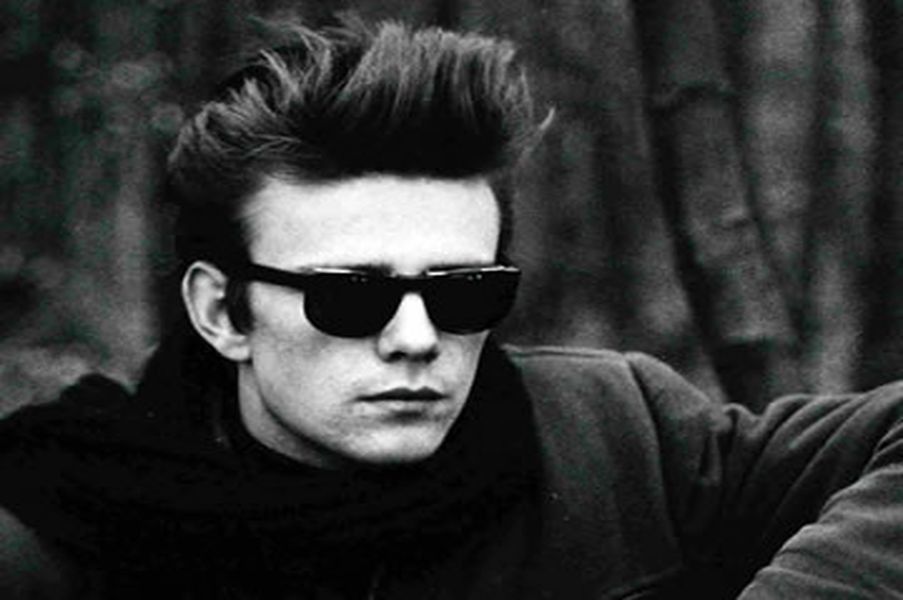 4. The Beatles have spent a record 1,278 weeks on the Billboard chart 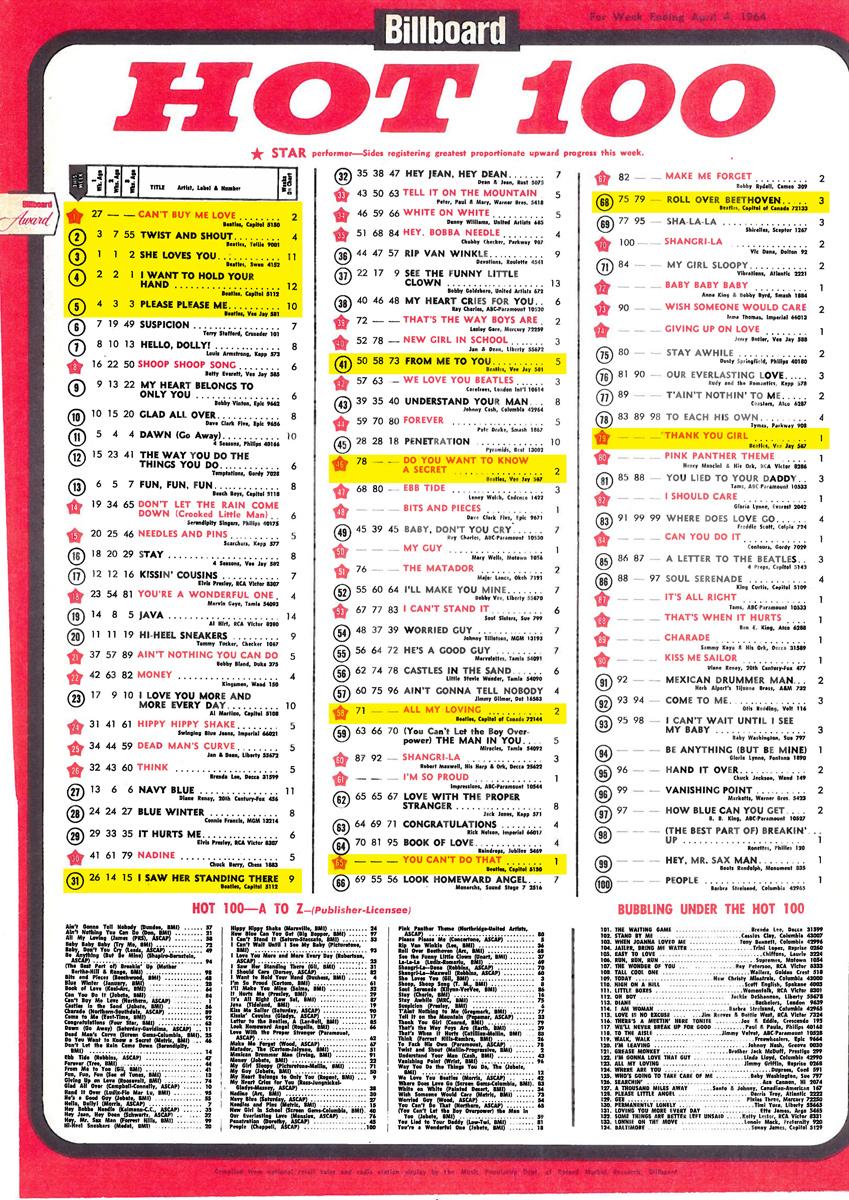 5. By the end of March 1964, the Beatles held the top five positions in the Billboard magazine U.S. singles charts, an unprecedented feat. 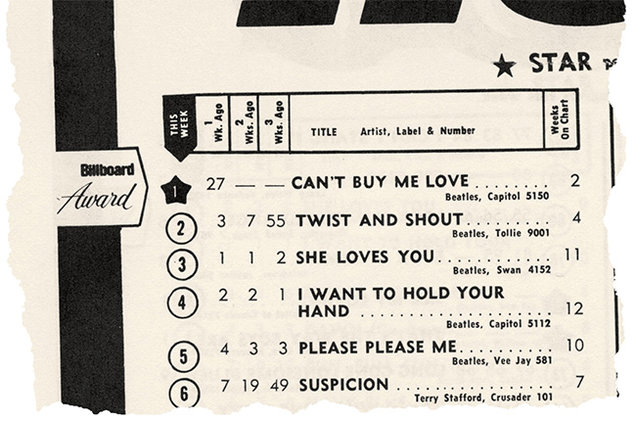 6. James Paul McCartney, the second youngest member of the Beatles, who was born on June 18, 1942, is listed in the Guinness World Records as the “most successful musician and composer in popular music history. 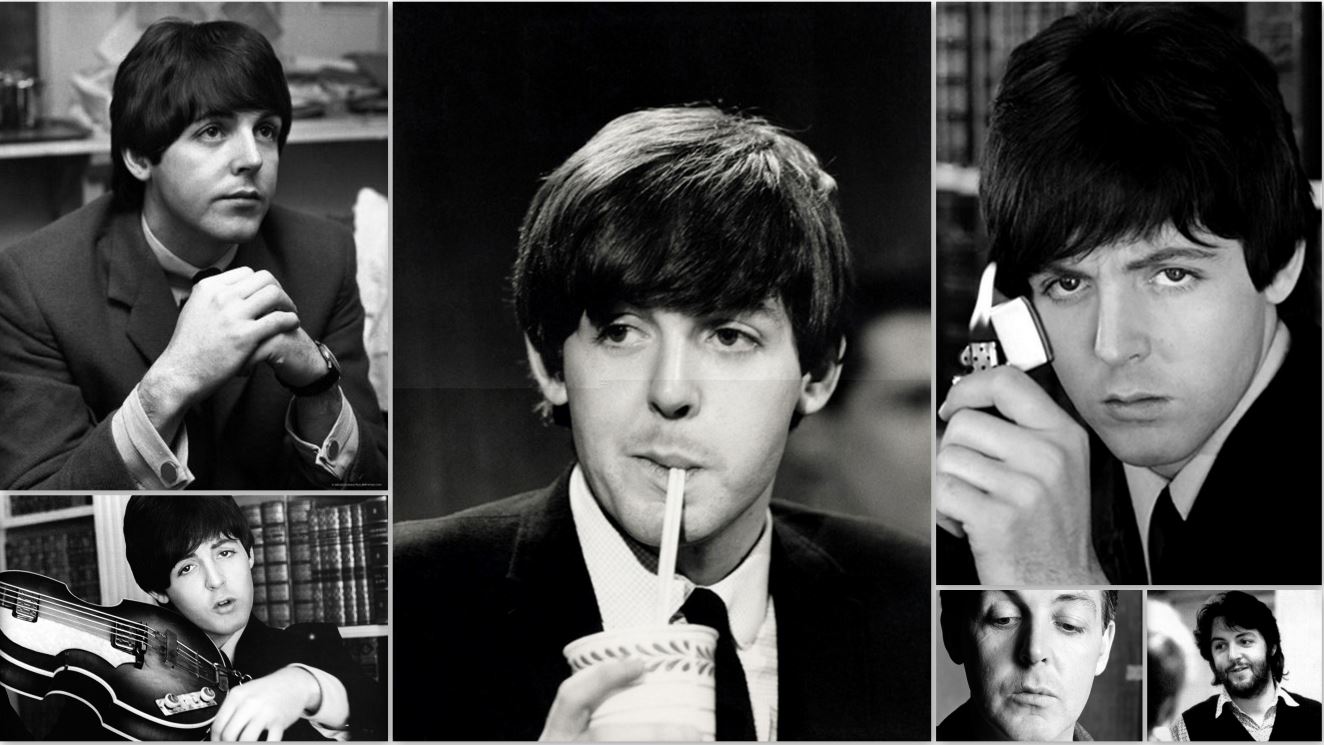 7. None of the songs on ‘Revolver’ were ever performed live, even though it came out just before The Beatles headed out on their final tour of the US in August 1966. The reason being? They were a bit too hard to play. Bless. 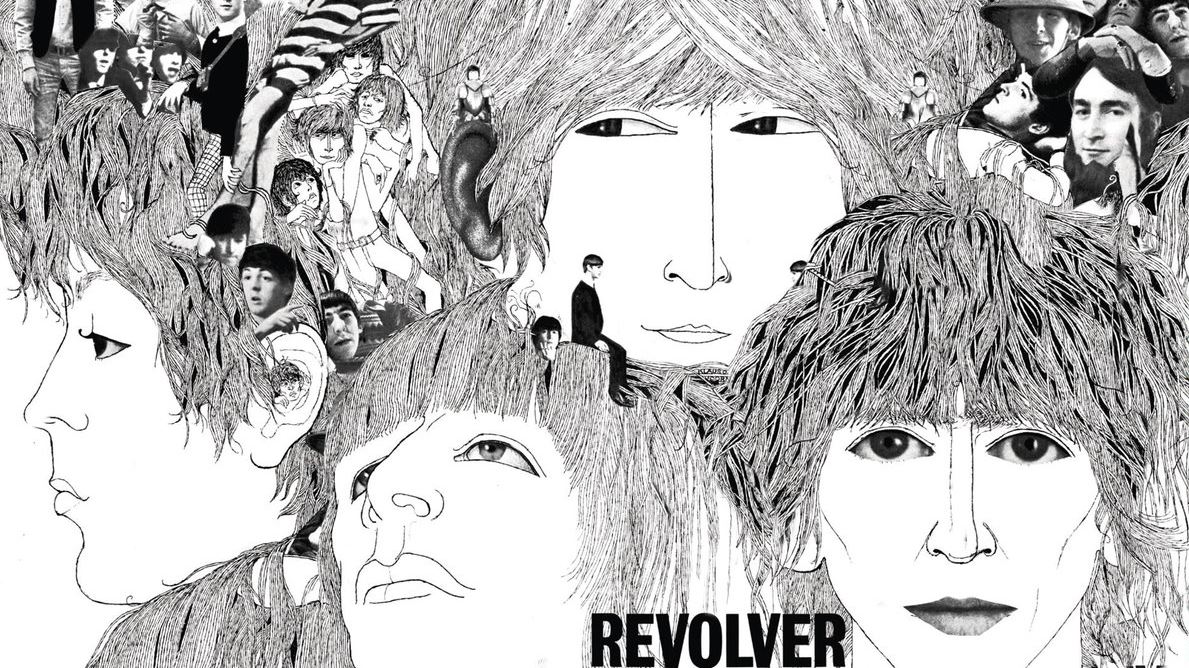 8. The Beatles passed on their musical genius to their children, as Paul, John, George and Ringo each have a child involved in music. James McCartney writes and produces his own music. Sean Lennon has been involved in numerous projects, including a band with his mother, Yoko Ono. Dhani Harrison is a solo singer-songwriter. Ringo’s son, Zak, spent much of his life as the touring drummer for legendary British rock band, The Who. 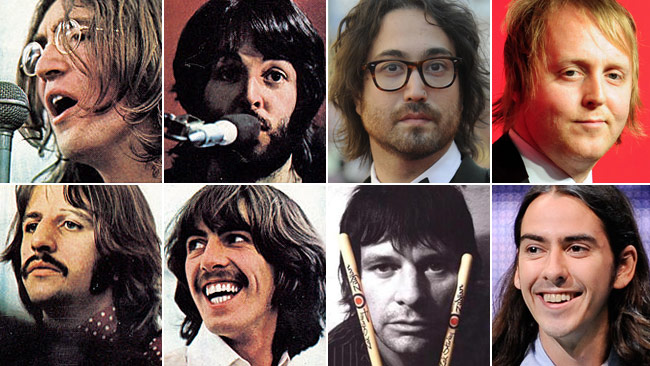 9. A lot of people who went to the Beatles shows and concerts claimed and reported that the venues smelled heavily of urine and there would be rivulets of piss in the aisles and the floors due to overexcited teenage girls and their ability to hold their pee, or the lack of it. So, along with all the screaming shouting and crazy females on ecstasy one of the most significant things synonymous with the Beatles concert was undoubtedly the smell of urine. 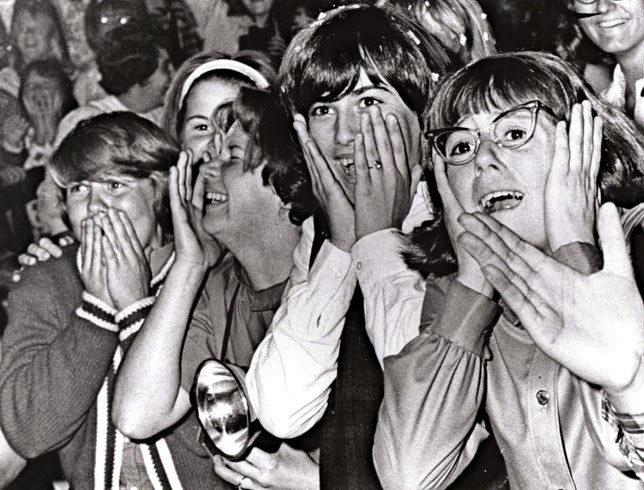 10. The song “Yesterday” which was released in 1965 has been played more than 7 million times on American television and radio. 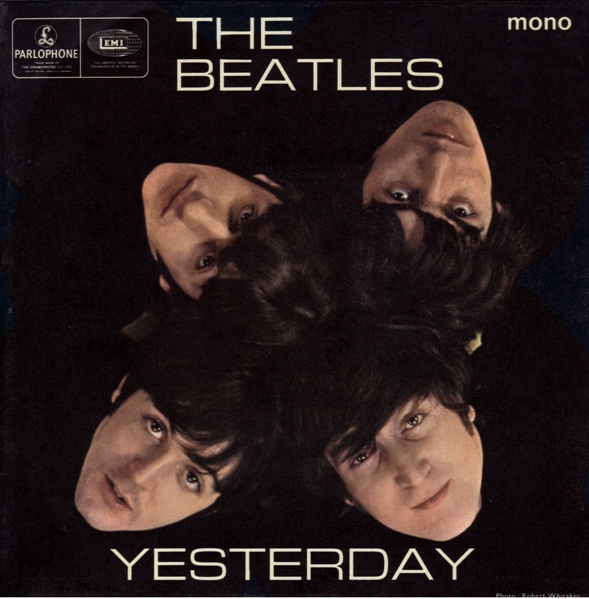 11. The Beatles are the only band in history to have a “double whammy” when they knocked the Rolling Stones off the top spot in both the singles and album charts on July 23, 1964.

12. None of the Beatles could read music. They could play the guitar, piano, and drums and write lyrics, but they never learned to read music. 13. The Beatles formed in Liverpool in 1960, and their most famous lineup consisted of John Lennon, Paul McCartney, George Harrison, and Ringo Star. Their music is rooted in skiffle, 1950s popular music influenced by folk, jazz, and blues music. It also appropriated several genres, including pop ballads and psychedelic rock. 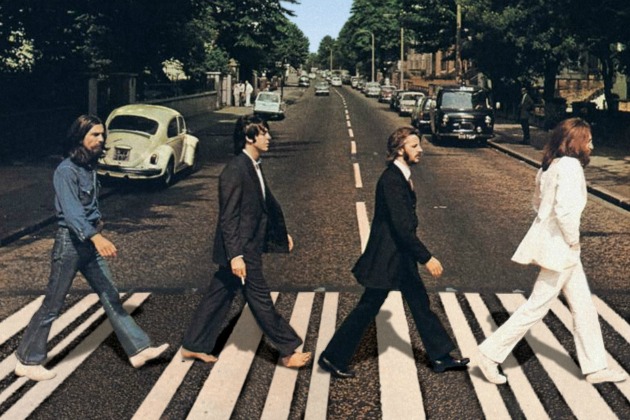 16. In late November 1960, George was deported when it was discovered that, at 17, he was too young to be legally playing in nightclubs. Shortly thereafter, Paul and Pete were also deported after being arrested for nailing a condom to the club wall and setting it on fire. 17. They still rank best-selling music artists in the United States, with 178 million certified units. They have had more number-one albums on the British charts and sold more singles in the UK than any other act.

18.The Beatles’ last single, “The Long and Winding Road,” was released on June 13, 1970, in the U.S. but not in Britain. It was the group’s twentieth and last number one song in the U.S. It ended six years of Beatle domination in America that had started with “I Want to Hold Your Hand. The History of The Beatles