The Rape Festival Of India- The truth unveiled

Assam, INDIA — Men in India are already beginning to celebrate as the annual Assam Rape Festival is just days away. Every non-married girl age 7-16 will have the chance to flee to safety or get raped.

This is a long time tradition in Assam dating back thousands of years, We rape the evil demons out of the girls, otherwise they will cheat on us and we will be forced to kill them. So it is necessary for everyone.

– Says Madhuban Ahluwalia, who heads up the annual festival told reporters why the event is so important.

The Assam Festival began in 43 BC when Baalkrishan Tamil Nadu raped everyone in his village of Ludhiana. Baalkrishan Tamil Nadu is remembered every year at this event, in fact the trophy given to the man with the most rapes is called “The Baalkrishan”. 23-year-old Harikrishna Majumdar told reporters that he has been training all year for this event. “I’m going to get the most rapes this year. I’ve been practicing raping my sister and her friends every day. I will be rape superstar number one! I will get the Baalkrishan prize this year for sure!” 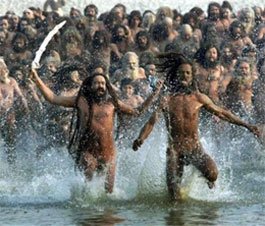 11-year-old Jaitashri Majumdar told reporters she almost made it through last year’s festival without getting raped. “I came so close to not getting raped. I almost got to the ‘rape-free-zone’ at the edge of town, but at the last minute 9 men jumped on me and raped me. Luckily I am just recovering now so I can participate in this year’s events, otherwise I would be put to death by stoning.”

34-year-old Brian Barnett from Toronto who is visiting Assam on business told reporters he will be missing the festivities this year. “My company did not tell me anything about a rape festival happening while I was here. Are you serious, a rape festival? I’m getting the f*ck out of this backwards country tonight.”

India is second in reported rapes in the world only behind the United States, though critics are quick to point out that is only because most rapes in India go unreported. For more information on the festival or if you would like to participate, please call the 24-hour Assam Rape Festival hotline at (785) 273-0325.

Let’s Gist Verdict: Well, don’t believe this report as there is nothing like Assam Rape Festival. This news was earlier reported in March, 2013 as Punjab Rape Festival. It is fake

This message, couched as a news article, has been circulating via blogs, social media outlets and email since January 2013. The message claims that an an Indian based event known as the Punjab Rape Festival is set to start this week. The article claims that the festival is a tradition dating back thousands of years. All the way back to 43 BC no less.

However, the claims in the message are – of course – utter nonsense. There is no such event as the Punjab Rape Festival. The story was simply made up by Jimmy Rustling of the satirical “news” website, Super Official News and published there on January 8, 2013.

Later in January, the author responded to calls to remove the article via the following post on his Facebook Page:

I’ve been getting emails from people saying that I should remove my story entitled, “The Punjab Rape Festival In India Begins This Week.”

The point of the story was an activism piece to educate people about what is going on over there on a daily basis, because a lot of people don’t know. I read everything I can get my hands on and every day there’s another story about another horrible rape or murder of a young girl in India. usually where the guy gets off, not being punished, or worse, where the victim is forced to marry her attacker.

So I wrote up the most exaggerated, ridiculous thing I could think of… it gets people to pass around the story and then question what’s going on over there if they didn’t already know. A simple Google search of “Punjab rape” brings up 100+ different stories of young girls getting raped, murdered, forced to marry the man who raped them… it’s disgusting.

Anyway, that’s the point of the story and I’m not pulling the article.

In an email to me about the story, the author also notes:

One of the other MAJOR factors for doing the story was collecting money for the women of India for schooling, clothes, help in leaving abusive situations. So, a few months ago I added this to the bottom of the story:

WANT TO HELP THE WOMEN IN INDIA? THEN DO SOMETHING! Click here to learn more.

I checked out that charity thoroughly. They are 100% legit giving 90-95% of collected funds to the cause.

Despite its obvious falsity, the story has caused a great deal of angst and consternation during its journey. Many commentators have decried the supposed event and called for its immediate termination, apparently not realizing that there is no such event and never was. And, predictably, some pranksters have added fuel to the fire by defending the festival and claiming that they are looking forward to participating.