The Republic of Venice was a major maritime power during the Middle Ages and Renaissance, and a staging area for the Crusades and the Battle of Lepanto, as well as a very important center of commerce (especially silk, grain, and spice) and art in the 13th century up to the end of the 17th century. This made Venice a wealthy city throughout most of its history.It is also known for its several important artistic movements, especially the Renaissance period. After the Napoleonic Wars and the Congress of Vienna, the Republic was annexed by the Austrian Empire, until it became part of the Kingdom of Italy in 1866, following a referendum held as a result of the Third Italian War of Independence. Venice has played an important role in the history of symphonic and operatic music, and it is the birthplace of Antonio Vivaldi.

1. Palazzo Gritti-Badoer with laundry hang drying on lines outside (circa 1846-1852) 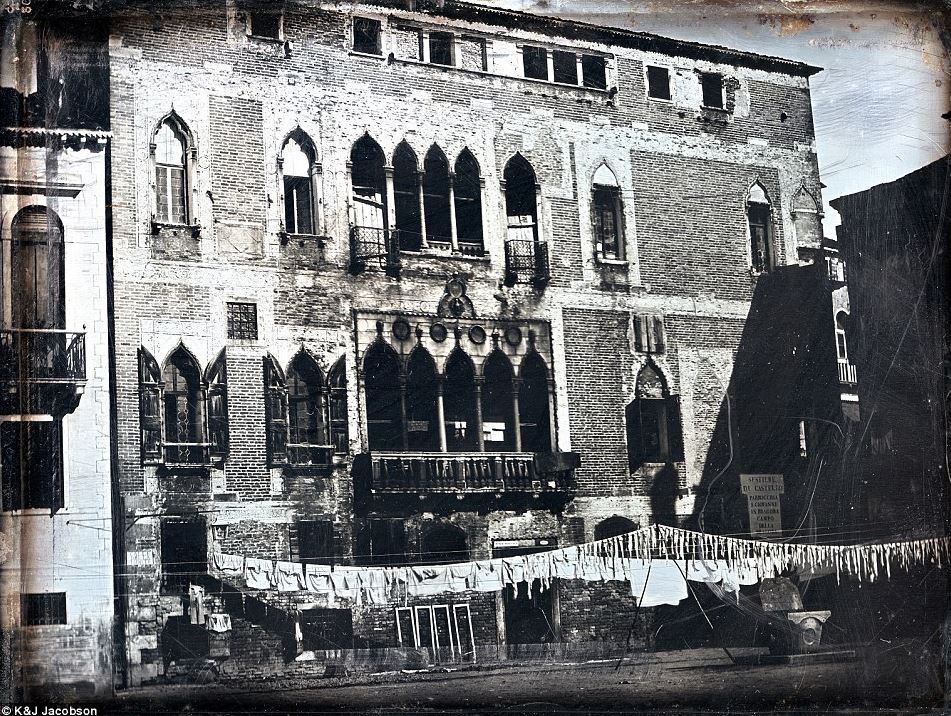 2. This is a photo of the 1948 GB Olympic team on training tour that included Venice 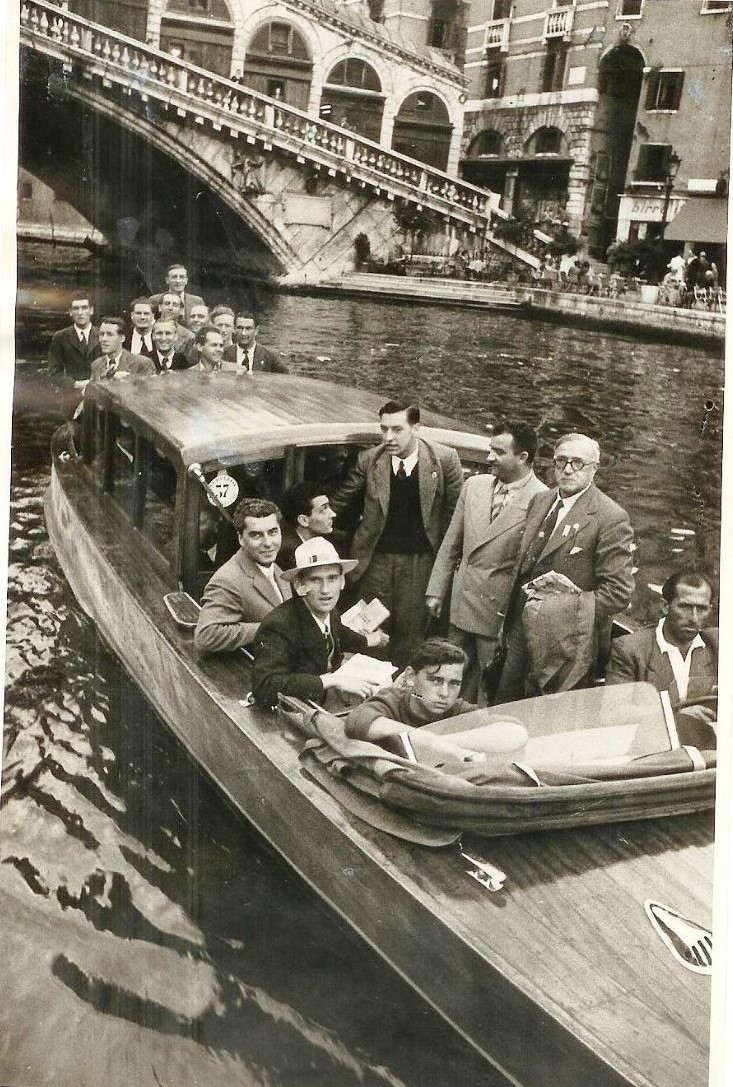 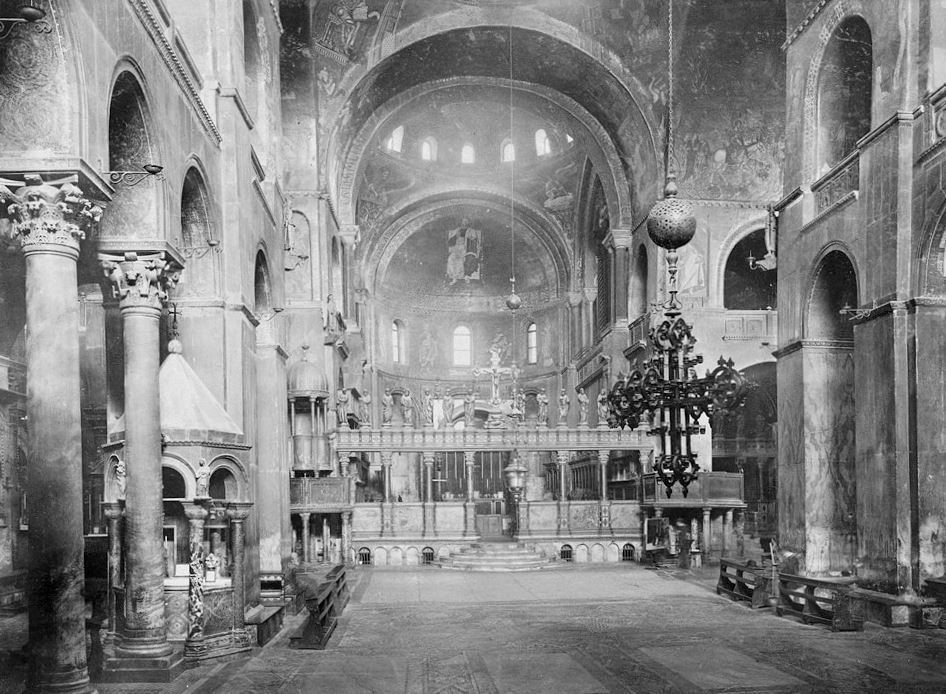 6. John Ruskin’s collection shows moored boats in the harbour at Arona, Italy on a summer day in July 1858 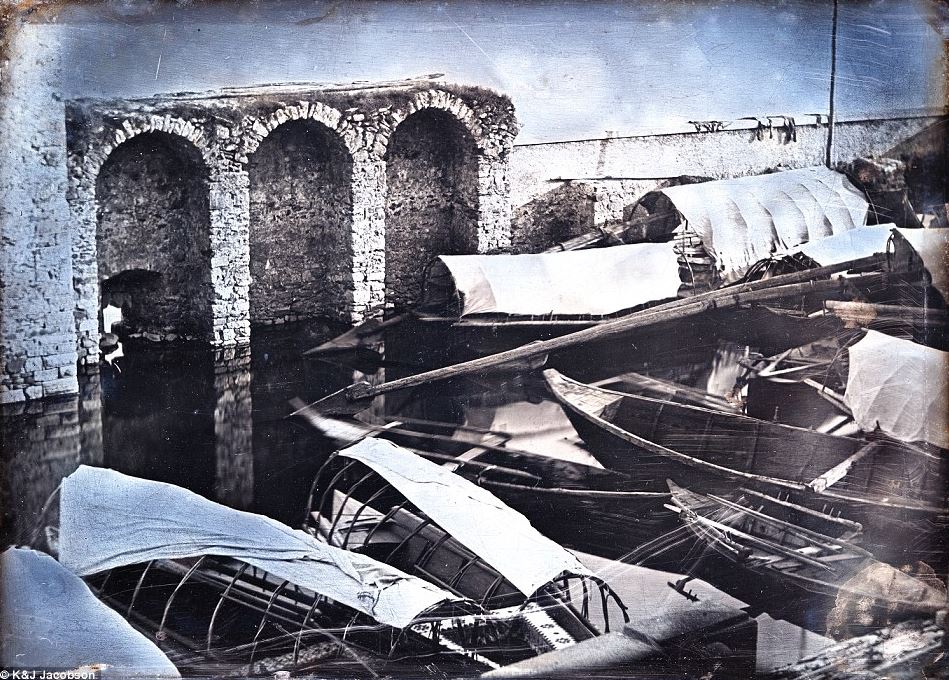 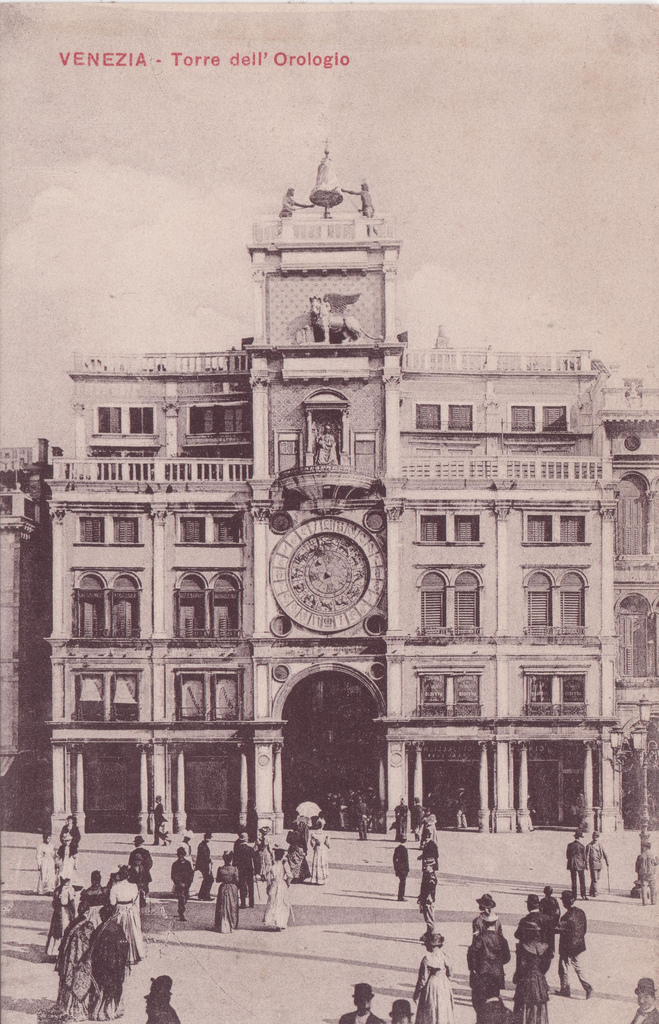 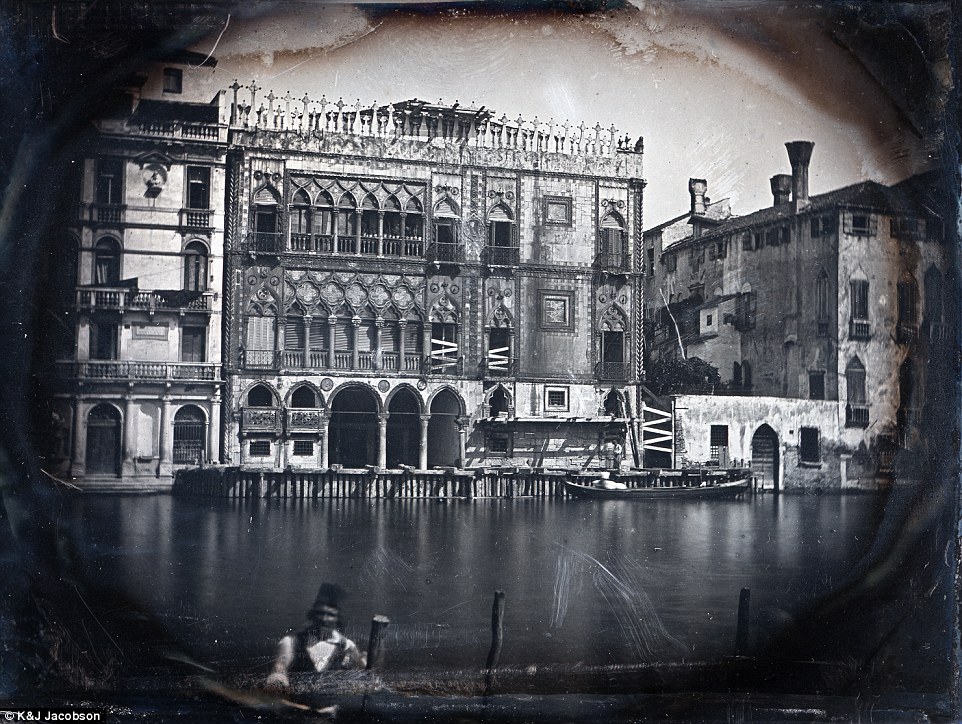 9. A rare postcard of the Piazza San Marco without the Campanile collapsed in 1902 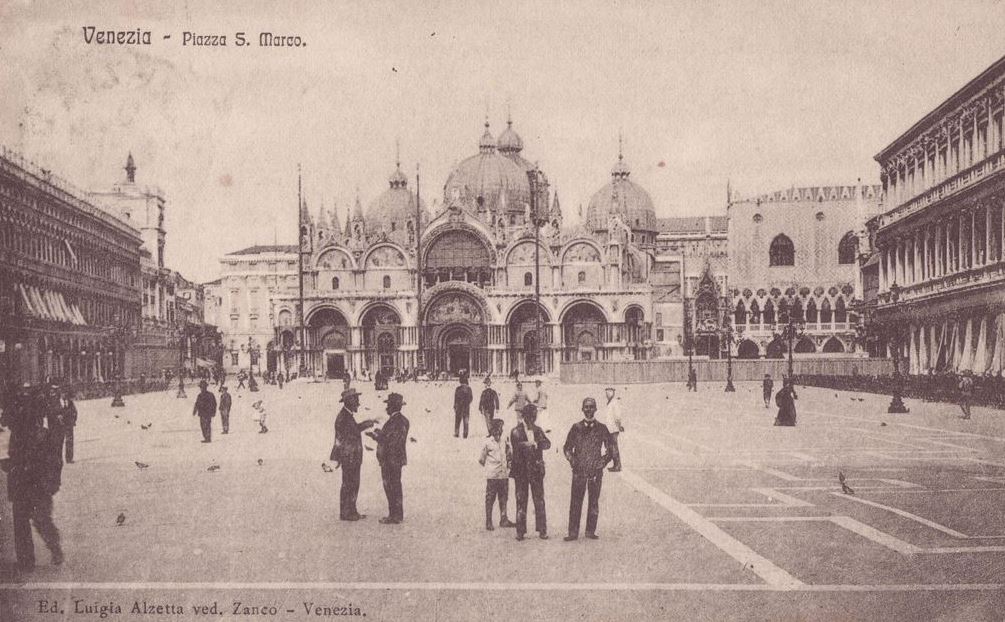 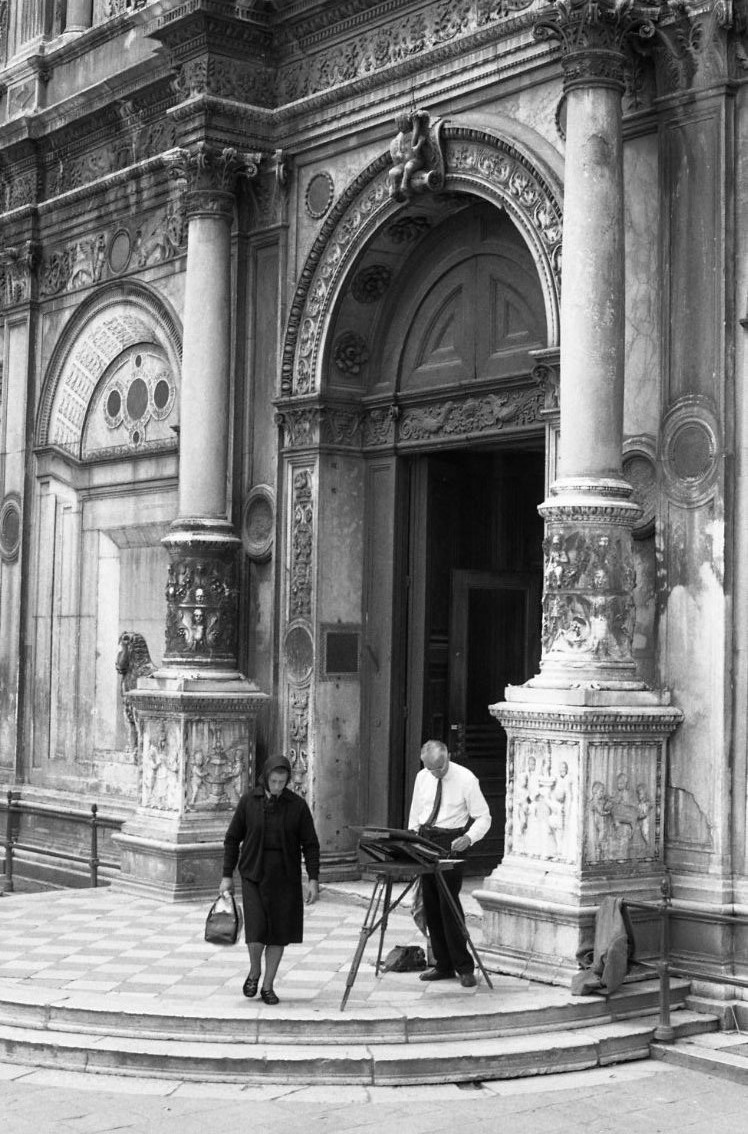 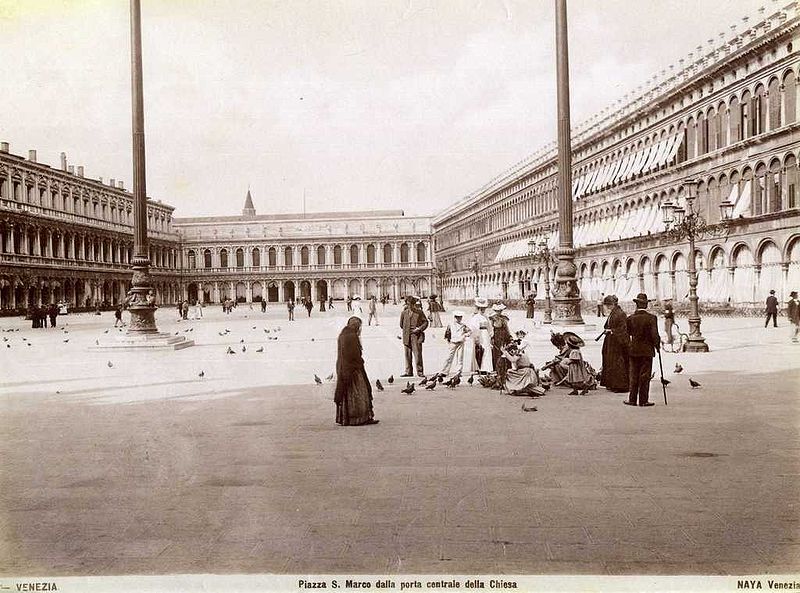 14. At the beginning of the century in Venice they used to take pictures with the pigeons_c1900 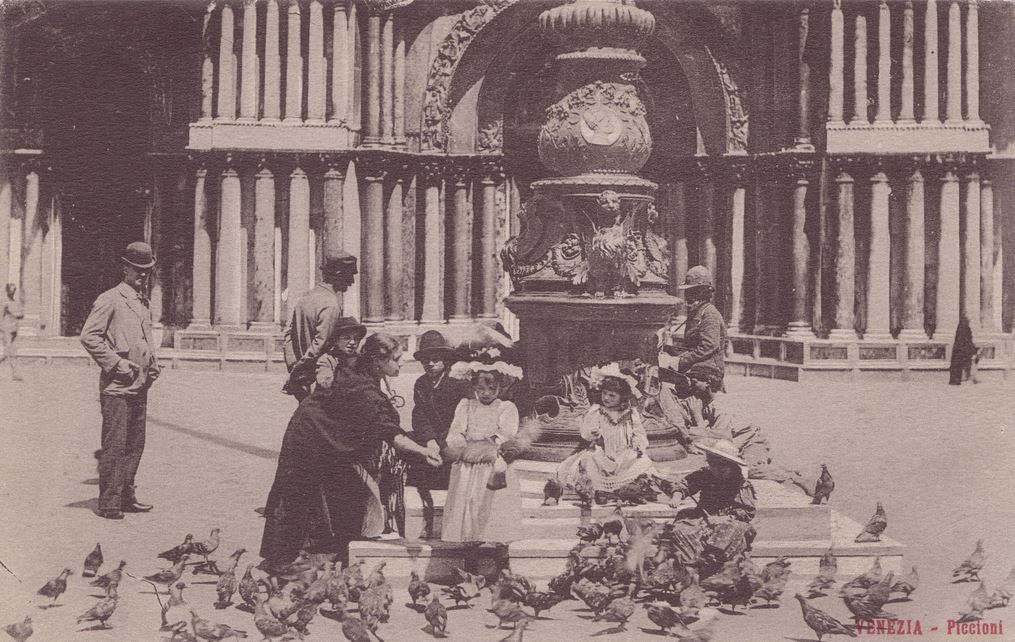 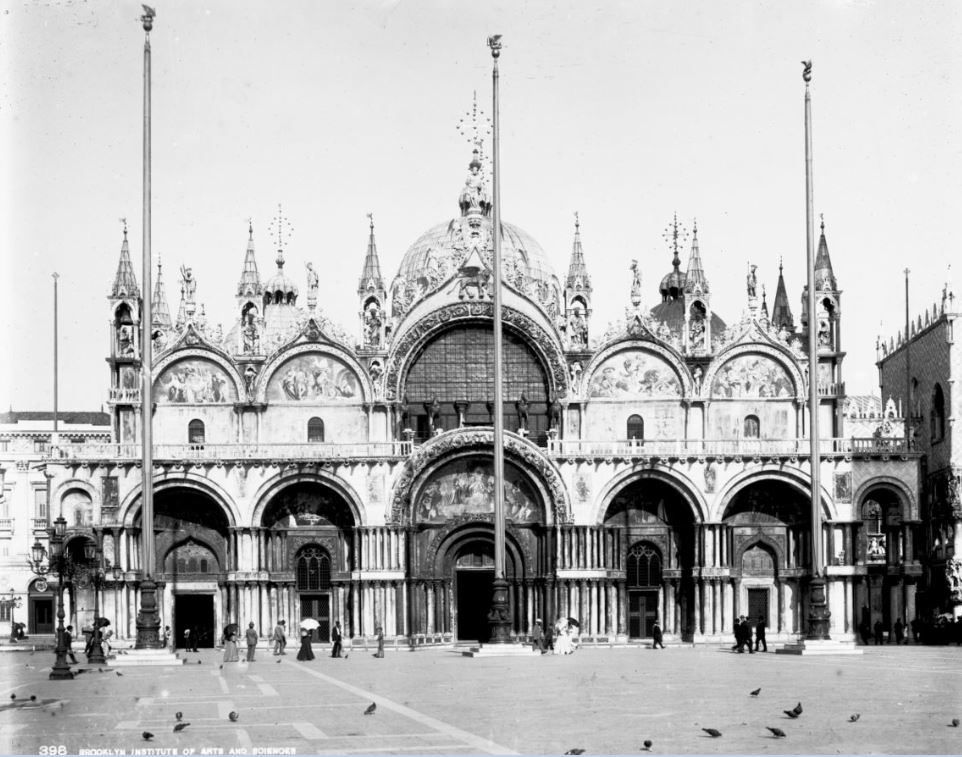 The name is derived from the ancient Veneti people who inhabited the region by the 10th century BC.The city was historically the capital of the Republic of Venice. Venice has been known as the “La Dominante,” “Serenissima,” “Queen of the Adriatic,” “City of Water,” “City of Masks,” “City of Bridges,” “The Floating City,” and “City of Canals.”